Have you seen The Christmas List?  It is a wonderful, 1997 holiday movie owned by ABC, and they refuse to bring it out on DVD.  I have personally begged them for years to release it, but every year they tell me “not this year”.   That is when they bother to answer the feedback emails.  Amazon has had a wish list button for it for years, but that apparently doesn’t matter either.  Internet Movie Database has a forum with people begging for the DVD, to no avail.  They didn’t show it on the ABC cable channel or network last year, and it isn’t on the schedule for this year either.

This movie has some seriously funny parts.  It is a heartwarming story about a woman who dares to dream big, and starts getting everything on her list, but not quite the way she wanted it.  It is mostly comedy, part romance, and an engaging story of a woman taking control of her life.  Mimi Rogers is the perfect casting choice.  There is a scene with her and her best friend doing a fashion show with hand-me-down designer clothes that is priceless.  That is one of several scenes that have been either deleted or greatly shortened by the network to cram in more commercials.  Releasing it on DVD would hopefully have all those scenes restored.

Well, now they are having a poll, and I want to ask everyone that likes this movie, and even those who have not seen it, to go to the link below and vote on the right sidebar in the poll.  For smartphones, it will be at the very end of the page.  It is over 400 votes behind the first place movie in their poll,  second to a movie that isn’t nearly as good a story or as well acted.  Maybe if we get enough votes, they will finally release it with all the cut scenes restored.

Another great scene has Melody dumping a large ramekin of creme brulee in her boyfriend’s lap when he is acting like a jerk.  Creme brulee was one of my mother’s favorite desserts.  She and I made a pumpkin creme brulee from scratch one Thanksgiving years ago.  I have made it a number of times since DH gifted me with my own kitchen torch, something every woman should own. 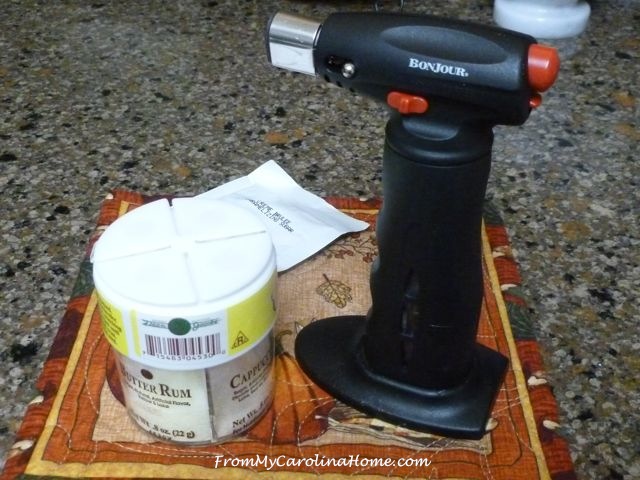 There are many recipes on the internet for creme brulee, but I confess that I don’t usually make it from scratch. My Christmas List sometimes has the box mixes from World Market on it. They are easy, just dump the mix in a pan with 2 cups of milk, heat then pour into individual ramekins and bake. DH got me these half-cup brulee ramekins with the torch a few years back, along with the flavored sugars. 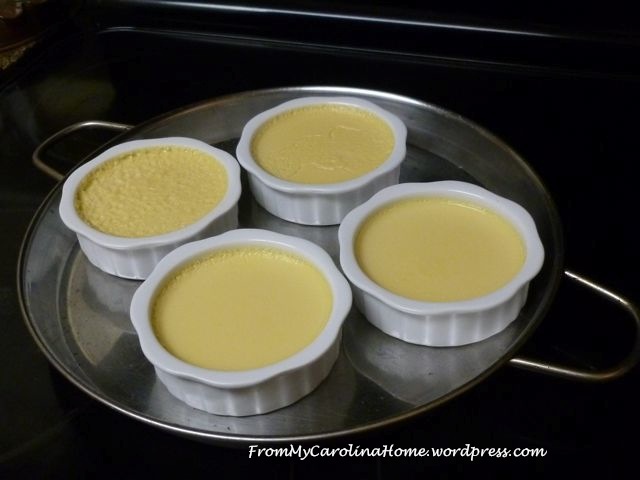 Set the ramekins in a pan with water to about halfway up the side of the ramekin, and bake according to the directions. Now the fun part, the crust!  You can use the flavored sugars, specialty carmelizing sugar that has a large crystal, or just plain granulated sugar. 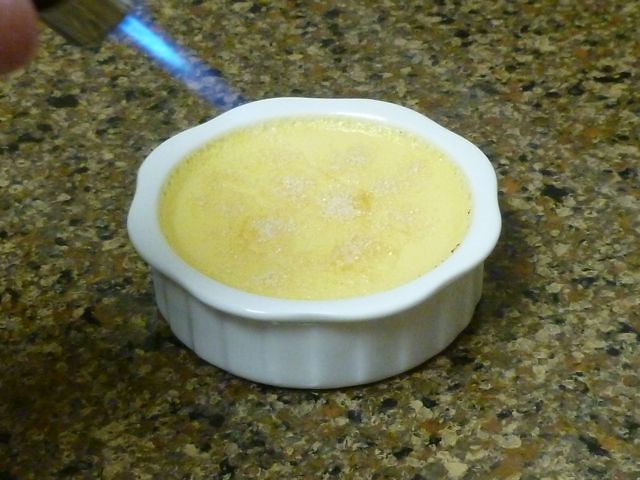 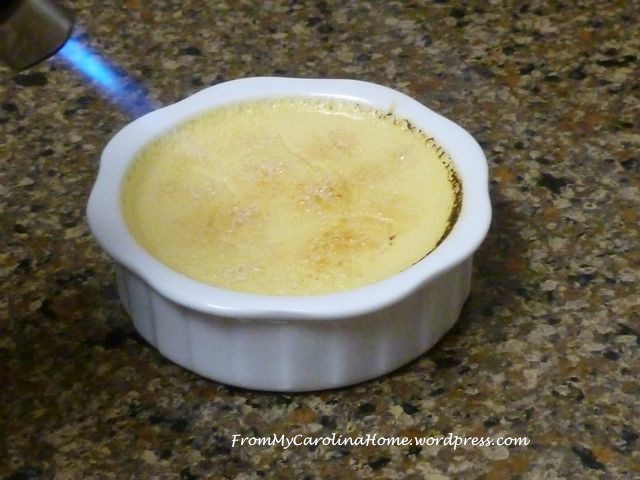 Keep going until it browns and starts to bubble a little. 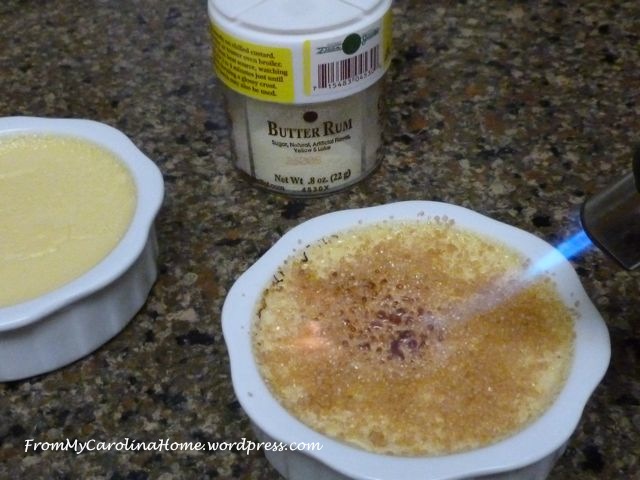 Voila! All done, ready to break into the crunchy sugar crust and enjoy. 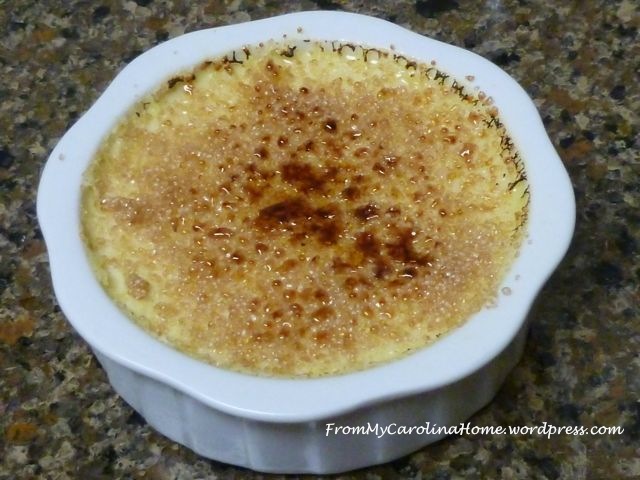 Back to the movie, just so you know, there are a couple of places on the internet that claim to have DVDs of this movie, but they are bootleg copies, recorded off the network and illegally offered.  The quality will not be good, and I refuse to reward these places breaking the law.  I want a legal, clean, crisp movie with all the scenes intact.  I have even notified ABC of these places, but they don’t seem to care. Here’s the link again –