Well, the vote is in, and it was heavily in favor of a quilt along, almost 3-to-1 in actual numbers, so Quilt Along it is!  Today I’ll give you the first step, and at the bottom, will show the design.  And there will be a warning for those who would rather not know what the final project looks like, so if you would rather do it as a mystery and be surprised, you still can be.

I decided to do a runner myself, and it will have a few more pieces than the small table topper.  It will measure about 17 x 64.  If you want to do the same, cut 40 3-inch squares of black, red, green and neutral, and 40 2-1/2 inch red squares.  Cut 5 of the 4-1/2 inch black squares.  I went back and added those numbers to the cutting grid on the first post – here. 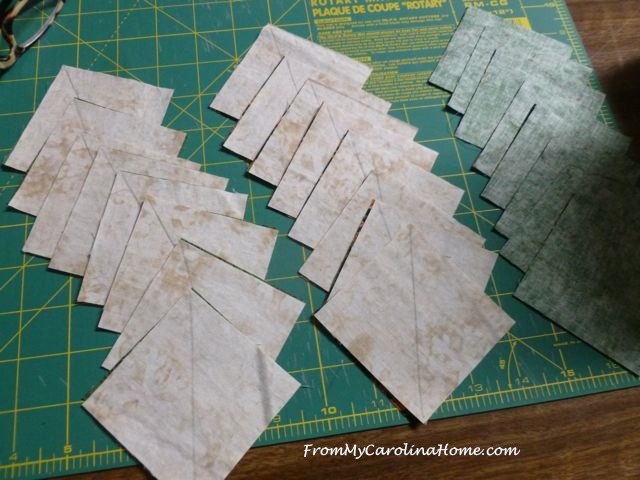 Draw lines and chain piece the units on both sides of the line.  Click on the link here if you need a refresher. 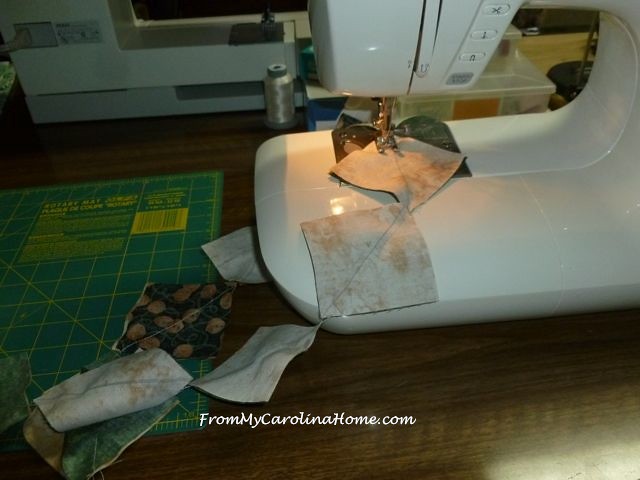 Cut apart and press forming the half square triangle units. 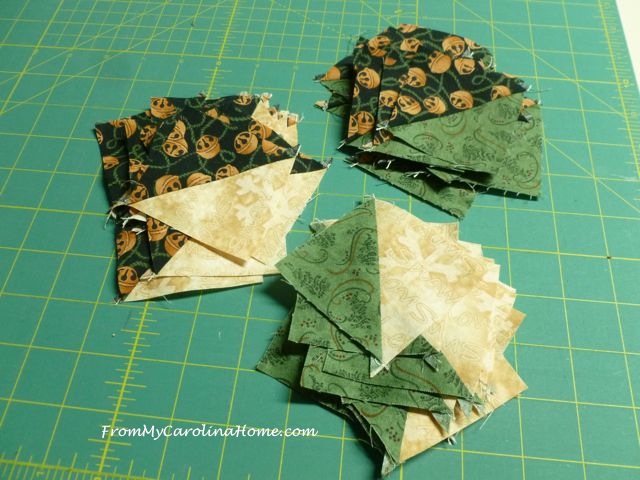 We have a Flickr group for sharing photos of progress and prints, and finishes.  Ask to join the

Here it is in the larger 9-block version –

I am still working on mine, but I decided to do a runner with 5 blocks.   So, I have the blocks done and the border put on.  Here’s a peek at that –

Step Three has been published.  Click HERE for Step 3.

Sharing with some of the great linkys on the linkup page, and ..