During our vacation in London last May, one of the highlights of our time there was a River Cruise on the Thames.  The cruise began near the London Eye ferris wheel, and took most of the day to go to Greenwich, have time to explore there, then cruise back.  The day was clear and not too warm, perfect for being on the water.  One of the first points of interest we saw was Shakespeare’s Globe Theater.  We later went back for a tour inside. 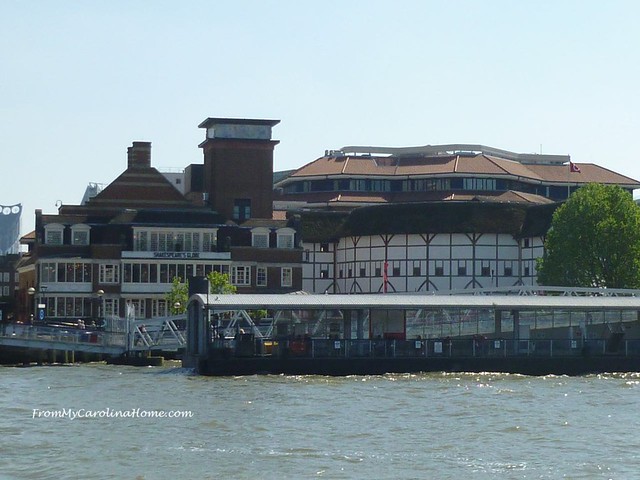 This ship is a full scale reproduction of Sir Frances Drake’s Golden Hinde, a sailing galleon.  The original ship sailed around the globe between 1577 and 1580.  The replica was built in the 1970s, and was used for films and education, actually completing a circumnavigation of the globe itself in 1979.  After that, it sailed again several times, before being permanently placed here in 1996 as an educational exhibit. 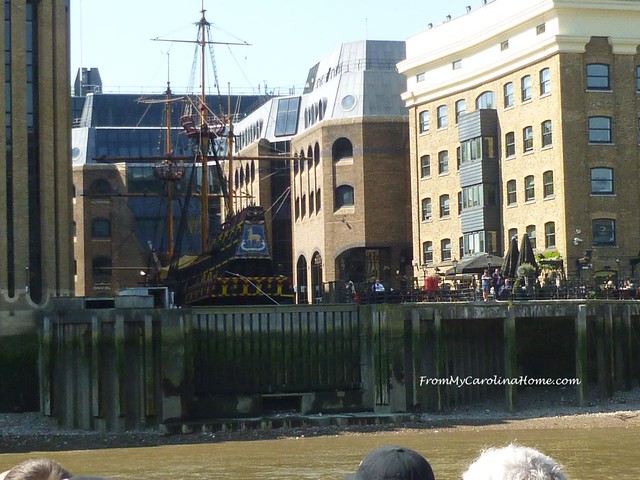 This is Cleopatra’s Needle, presented to England by Egypt in 1819.  It was originally made around 1450 BC and stood in the city of Heliopolis in Egypt until about 12 BC.  It was moved to Alexandria, where it remained until 1877.  After being given to the English government, they declined to pay for its transport, so it wasn’t moved to London until a London patron paid to have it transported on a very perilous and expensive journey on a ship called the Cleopatra.  The obelisk has runes carved on it by artisans of Ramses II around 1200 BC to commemorate his military victories. 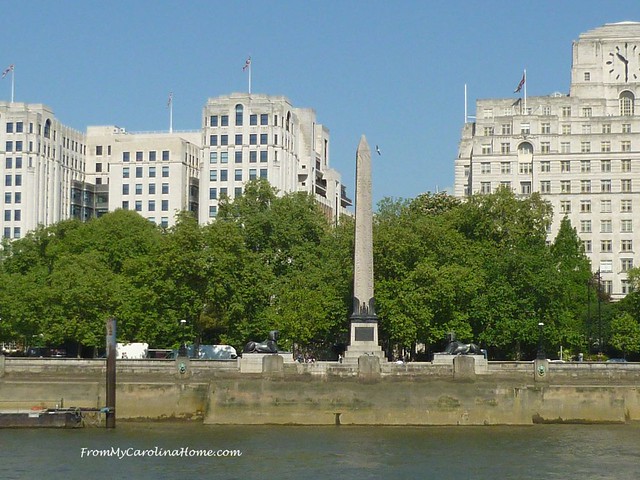 Going under the Tower Bridge gave a unique view. It took eight years to build, and was completed in 1894.  The center drawbridge is still functioning to allow tall ships to pass under the bridge. 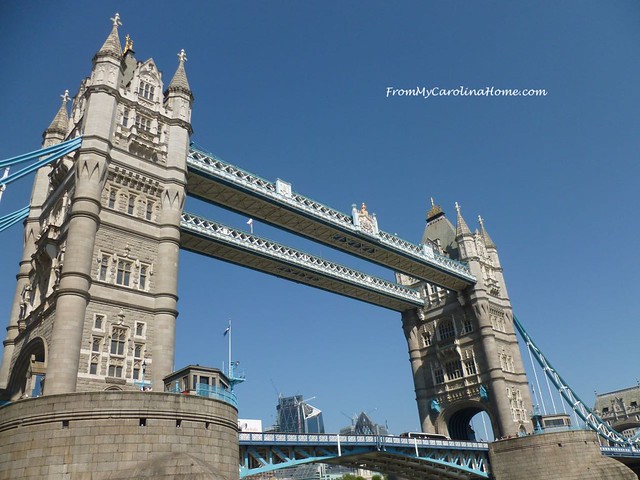 We visited the Tower of London another day, the Crown Jewels are amazing. The history of this site is also fascinating.  Traitor’s Gate opens to the river, where some prisoners were transferred from ships to the tower. 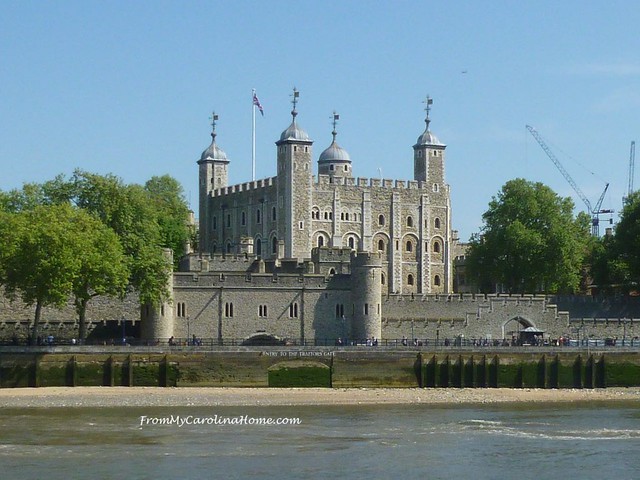 Coming into Greenwich, the Queen’s House with the Maritime Museum is an impressive sight. 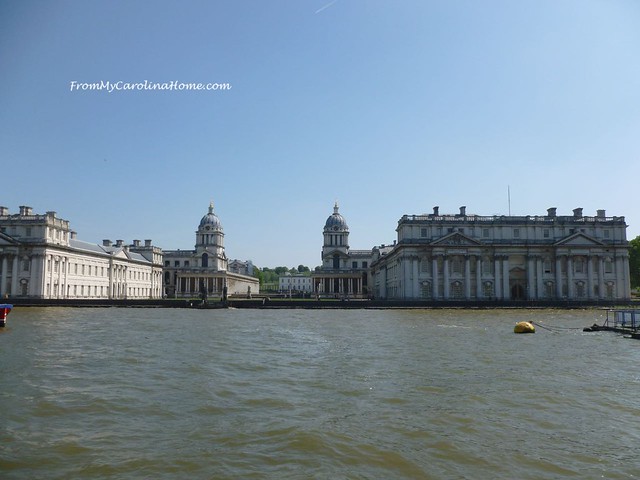 We disembarked, and walked to the Royal Observatory.  The study of. time and how it relates to latitude and longitude is really interesting.  There is a camera obscura there as well, with a lens that projected a live image from outside onto a stone table inside a dark room.  The orange ball seen here marks the Greenwich Mean Time once a day, rising to the top of the spire, then dropping at precisely 1 pm. 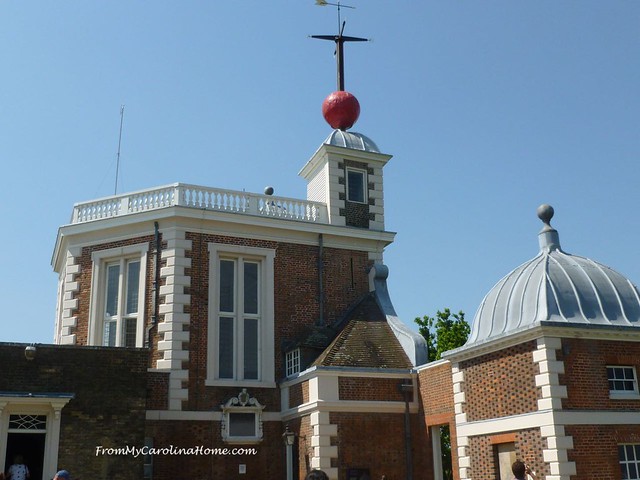 Of course we had to stand on the Prime Meridian, a landmark for navigation in latitude and longitude calculation.  It was constructed in 1851, but interestingly, modern satellite measurements have proven it is about 334 feet too far west. 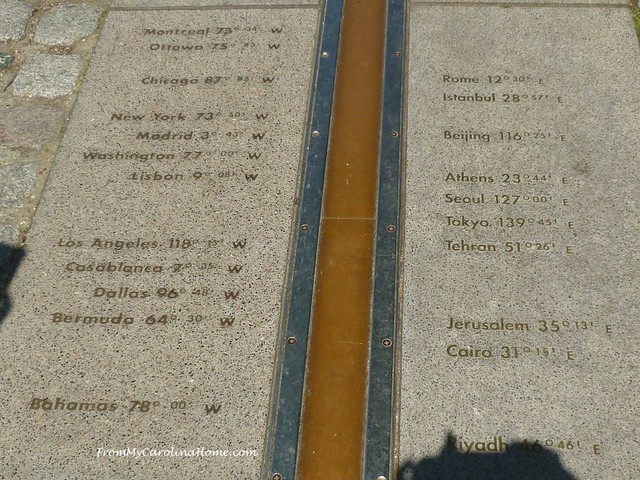 On the way back, the Shard is visible, a modern obelisk shaped building. 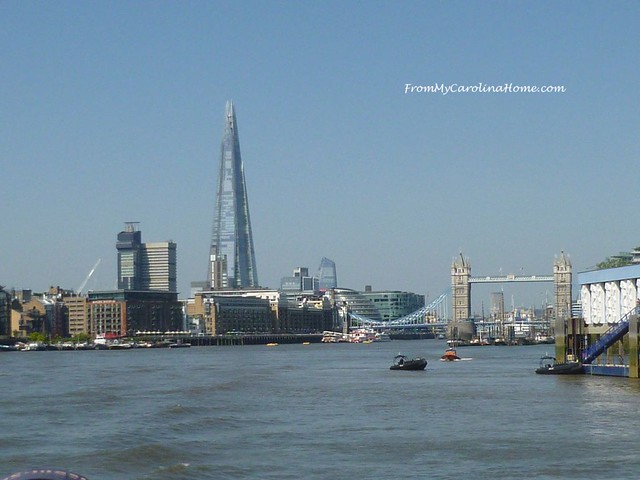 We took the elevator to the top as we had been told the observation area was open on the top.  All the open areas above, and the glass surrounding it gave a feeling of being up in the air. 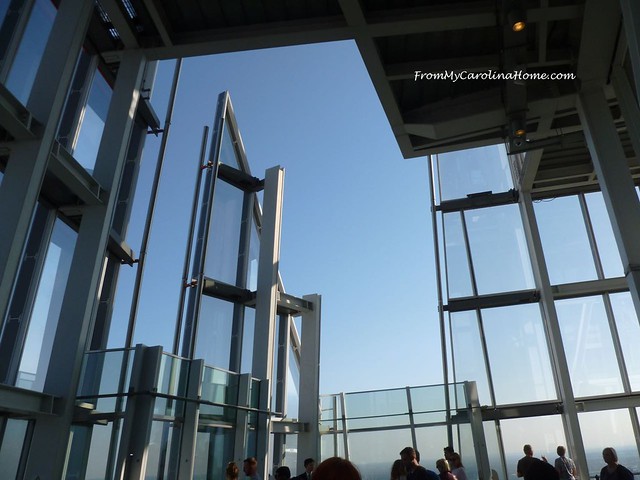 The views of the Thames and surrounding London were spectacular.  Here London Bridge is on the left, rebuilt and opened in 1973. 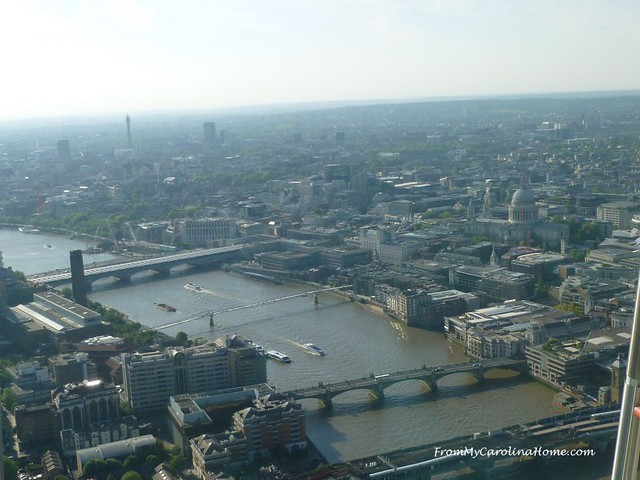 Part modern city, part ancient village, the contrast and juxtaposition is striking.  London is a huge city, stretching miles in every direction, with tall buildings giving way to boroughs and neighborhoods with a population of over 5 million. 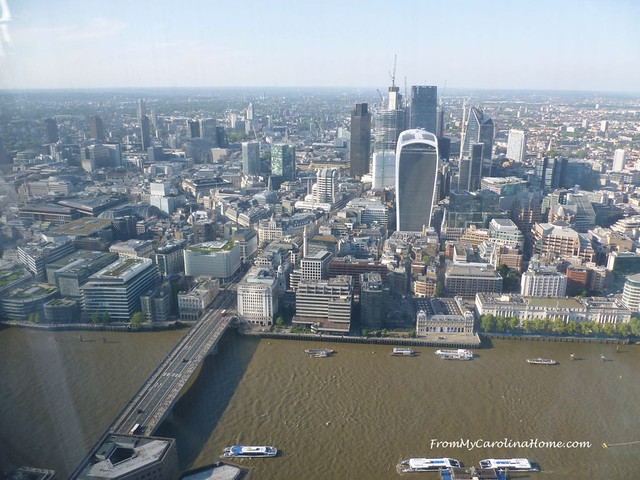 The Tower Bridge from above, with the Tower of London to the left. 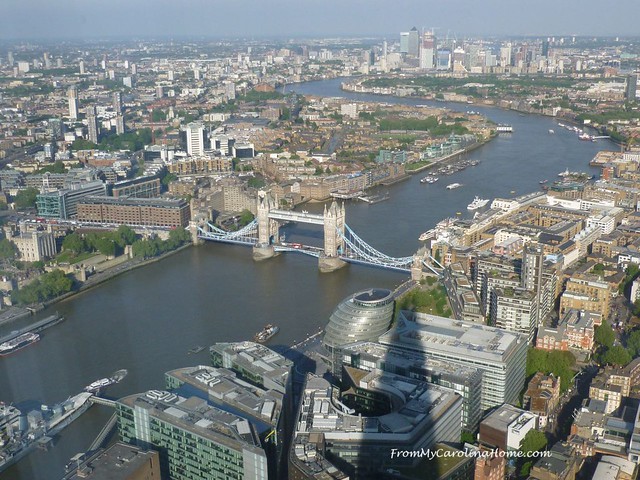 More of my adventures in England –Back From England,  Windsor Castle and St Georges Chapel and Kensington Palace and Kensington Gardens.  I have so much more to share, will think about doing more posts in a few weeks.

We really enjoyed the river cruise.  Have you done something like this on vacation?

Sharing
Take Me Away!

15 thoughts on “Thames River Cruise and more from England”