Here in the mountains, our last frost date is in mid-May, yet the weather right now is warm enough to dig in the dirt.  I really enjoy planting things and watching the flowers bloom.  Every year my local garden center plants torenias by the flat for me, and I will pick those up in May.  Problem is I want to plant something now.   Well, providence intervened this weekend at dinner. 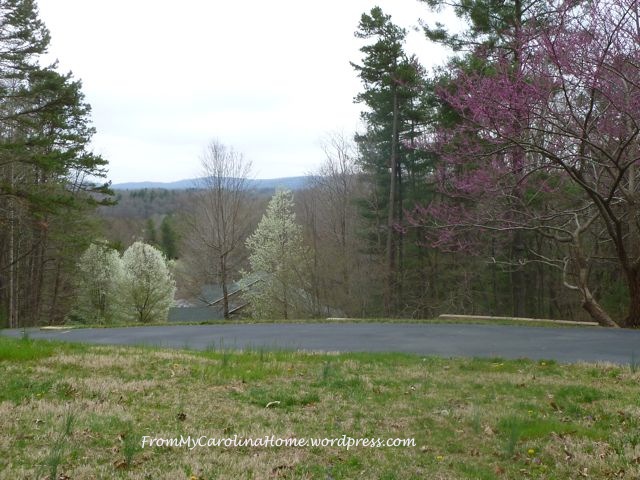 It was a gorgeous evening, low 70s, perfect for grilling outside and eating on the verandah.  Yes, I am in the south and we have those.  The redbud tree is getting ripe for blooming, and the pear in the lower meadow is blooming now.  I had a London Broil all ready for the grill, and decided to cook a spaghetti squash as the side dish.

Well, when I got it cut in half and split open, what do I find but about a dozen seeds already sprouted with green leaves on some!!  Of course that meant running to the potting bench for a container and some potting soil.  I potted them up then put the fat un-sprouted seeds in a pottery bowl with a bit of water to see if they would sprout too.  I use about a quarter of a coffee filter in the bottom of the pot to keep the dirt in. 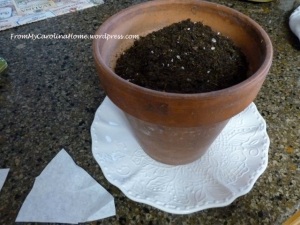 Then I went for the garlic, since I had noticed it was beginning to sprout as well. 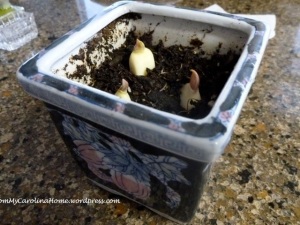 I read on another blog that you can regrow green onions, so I cut them off and planted the roots.  I’ll keep you posted on the progress.

I did all this while the spaghetti squash roasted for an hour.  Most recipes say to cook them cut side down, but I roast them cut side up.  I think it makes the taste better, and it dries off some of the water that is in the vegetable.  I chop green onions and cut up butter to put in the bottom of the bowl, then rake the cooked squash over it, and toss. 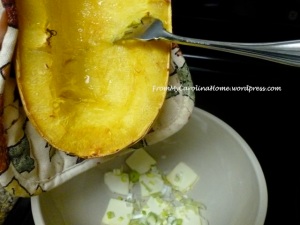 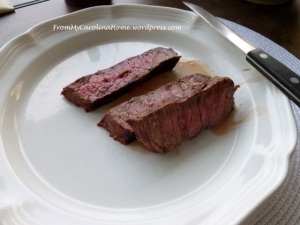 Our dinner was ready, and we enjoyed the evening with the soft sounds of New Age music in the background.  If you haven’t heard the group “2002” look for them.  They have a sound similar to Enya, but uniquely their own.  I have two of their cds – Sacred Well and River of Stars, both wonderful!  The iPod can play this genre for several hours with those plus Acoustic Alchemy, Windham Hill, Mason Williams, Manheim Steamroller, John Tesh, George Davidson, Enya, John Jarvis, and more.  Nothing like it for a relaxing evening, watching colors as the sun sets.