January in the garden is not really very colorful, but here and there we find some things to make us smile.  The geranium didn’t know it was winter when it bloomed in December. 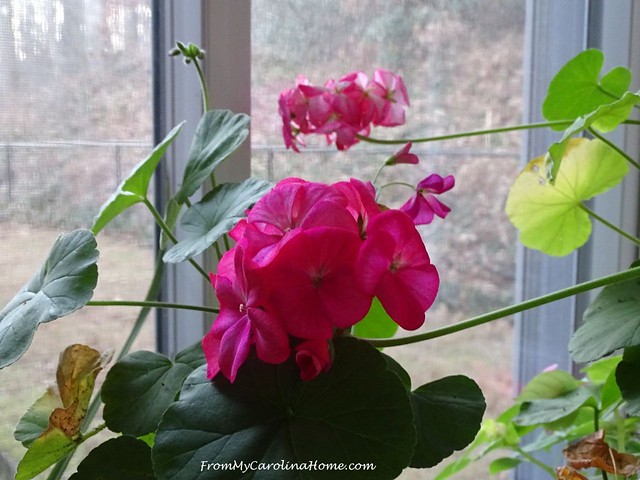 And it still didn’t know in January, as it is still blooming.  I have high hopes of overwintering these again.  They are the same ones that I successfully kept alive over the winter last year. 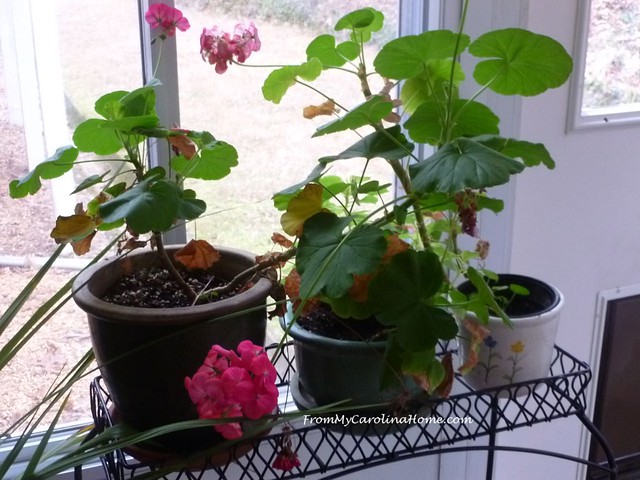 I whacked off the parsley to harvest the last of it in October.  It is putting out new growth again, so I’ll have some fresh leaves for cooking over the winter. 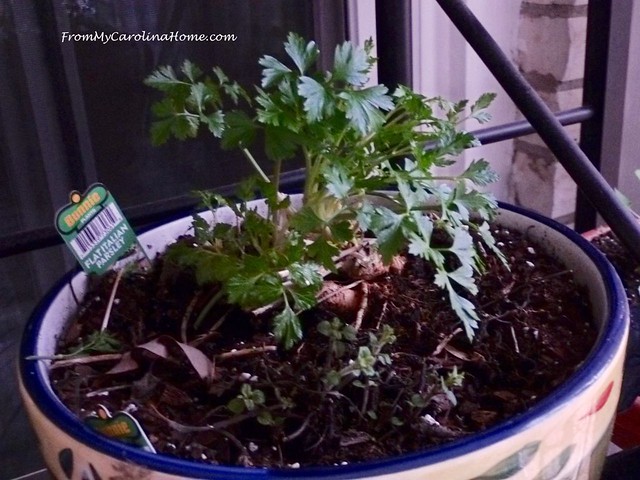 A rainy day found a cardinal sitting on a branch.  His color was so bright I noticed him from the kitchen window.  The picture isn’t that clear, as I was in a hurry to get it before he flew away. 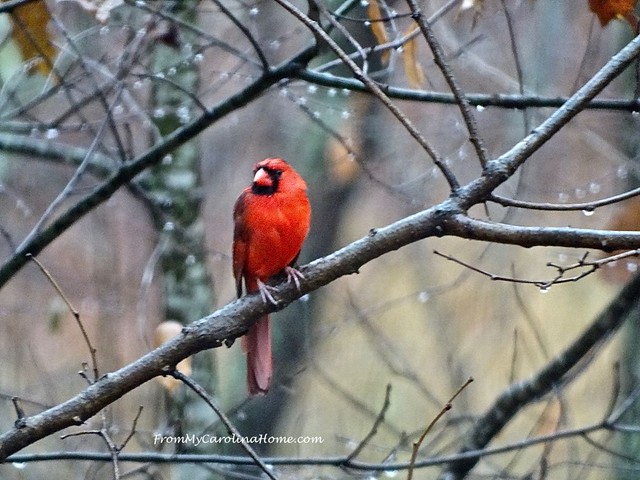 Dawn on a cold December morning brought a beautiful sky over the mountains to the east. Inside, the paperwhites began growing in December. 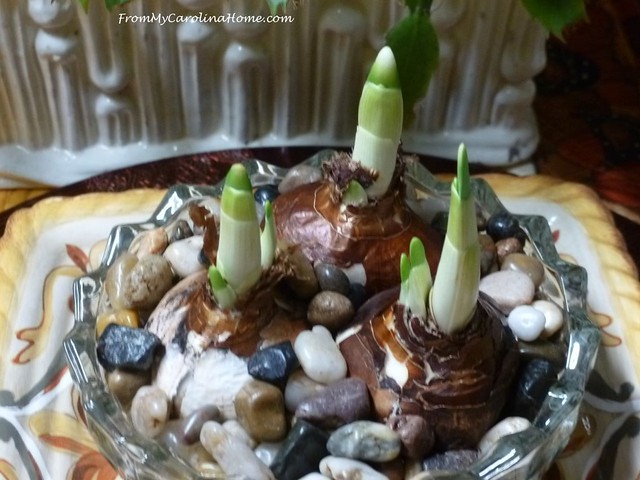 And by the end of the month they bloomed beautifully.  As of now they have faded, but there might be two more buds that will come later. 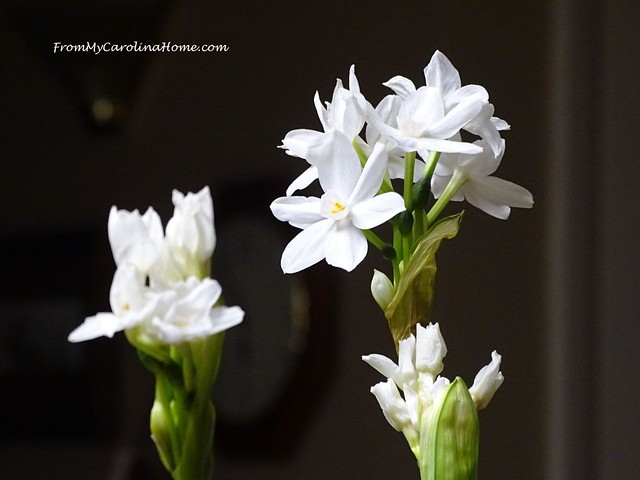 Sunset one evening, the view across the valley to the far mountain ridge changes almost daily.  The sun is actually off the right side of the picture, but it is shining so brightly on the clouds that they are yellow in some spots and fade to pink and lavendar. 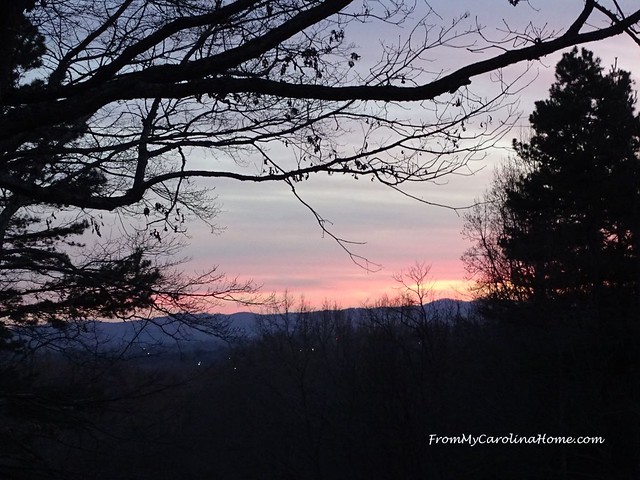 My Sweet Babboo has a warped sense of humor, so this got added to my garden at Christmas.  I’ll let you know its progress as it goes along. 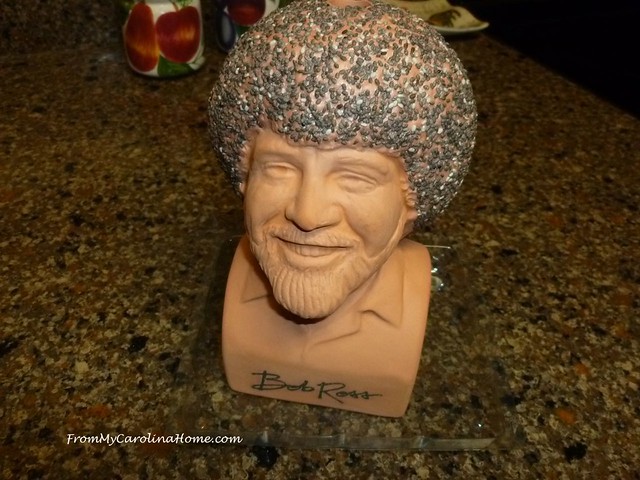 On the kitchen island, the orchid still refuses to bloom.  It was really happy outside all summer in the warmth and humidity, putting out new leaves and roots.  I don’t know if it will ever bloom as I just don’t have the right conditions for it.  But I cannot just throw it out, so it gets to live in the kitchen over the winter. 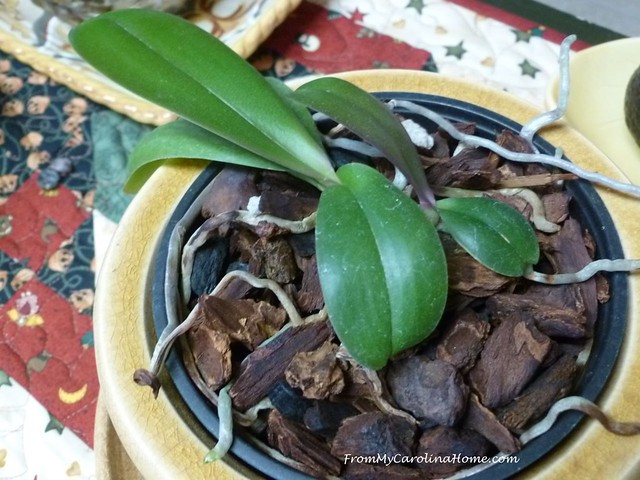 The dark red amaryllis put up a new leaf, so exciting.  I got this bulb as a gift in 2014, and it has bloomed again every year since.  If it indeed blooms again this year, it will be the seventh year! 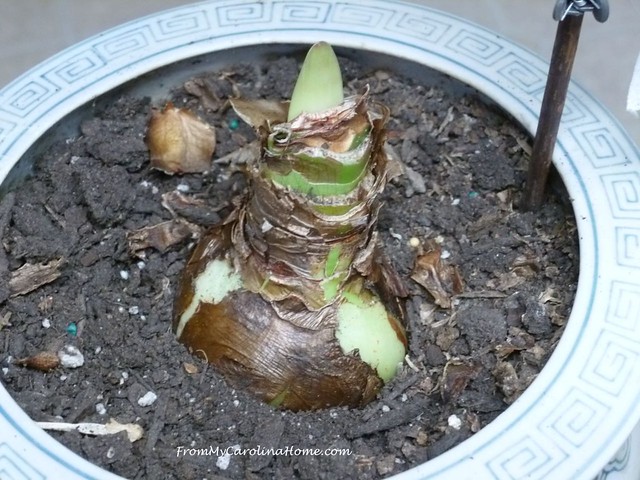 The Thanksgiving cactus finished its annual show, and it is getting bigger. You can see the red amaryllis leaf is growing.  Unfortunately, the pink one I got last year appears to be dead.  Even though it has some green on it, the bulb itself is a bit mushy and it doesn’t have any leaf growth. 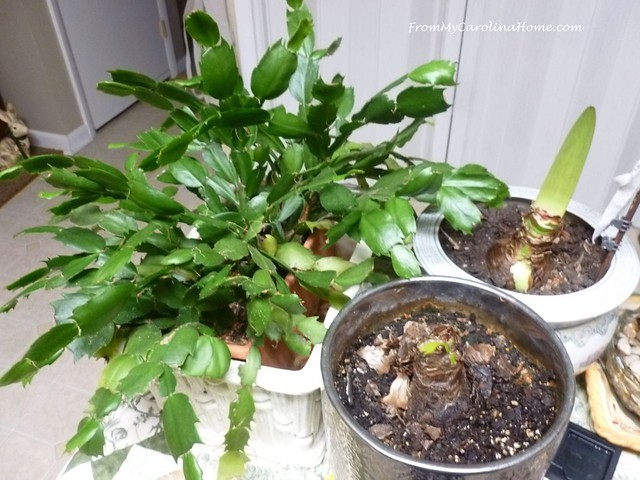 After a month of no visits, a bachelor flock of male turkeys showed up a couple of days ago.  They’ve been here before as they were happy to get a handout. 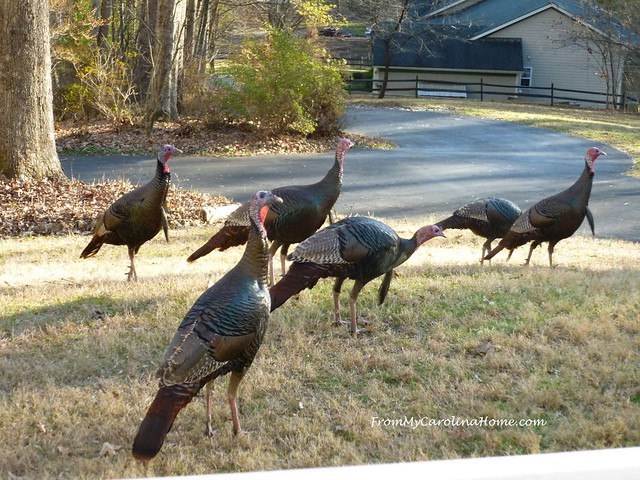 They were doing the cluck-purr thing while we threw them little bites of whole grain bread. 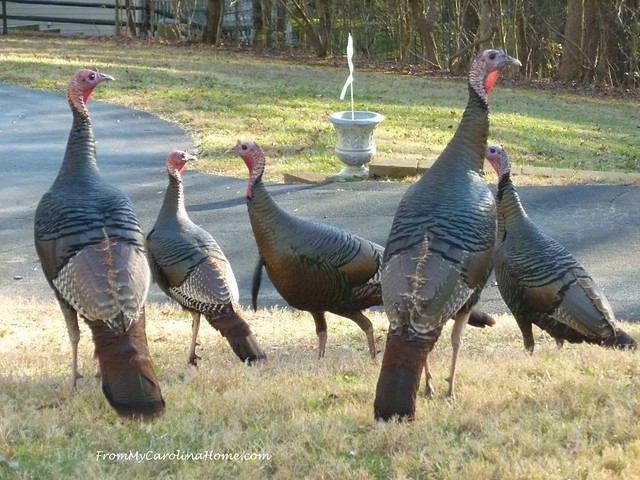 I hope to see more of them in the coming months, and I wonder where the females are.  It is always fun to see them strut and fluff while the ladies ignore them.

28 thoughts on “January in the Garden”