It is getting close to football season with the Hall of Fame game last Thursday night.  Once again this year, DH took me to Spartanburg to the Panthers Training Camp for a first look at the new rookies, and some veteran players injured last year.    This time I took my good camera, and had a ball taking pictures. 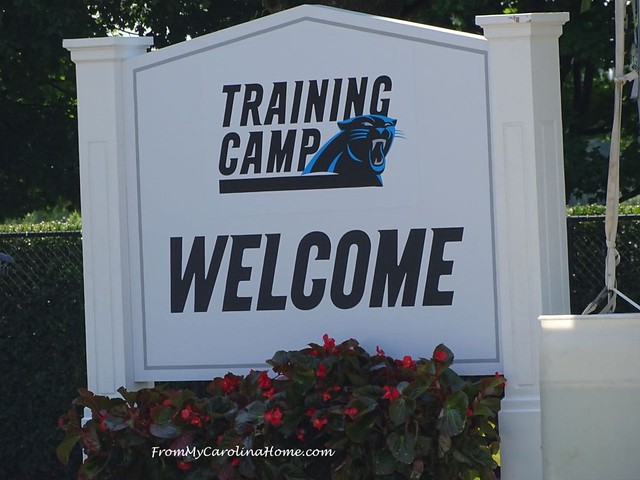 Quarterback Cam Newton is rehabbing a shoulder injury and surgery.  The practice had him doing some easy passes, not the rockets that he will throw later. 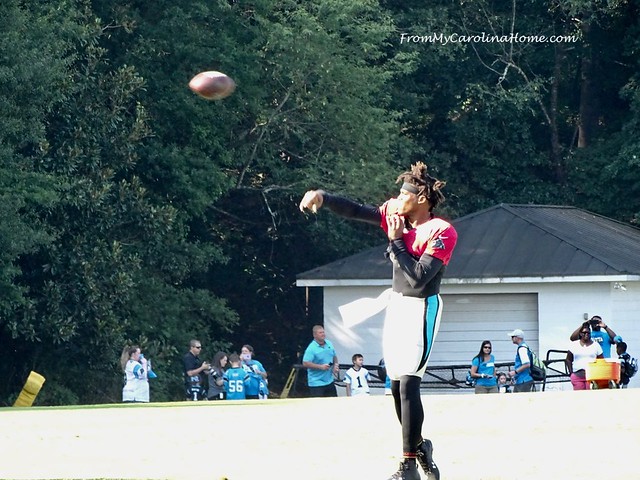 The four quarterbacks on the team were wearing red jerseys so it was easy to find them.  One is new this year, Will Grier is wearing #3. 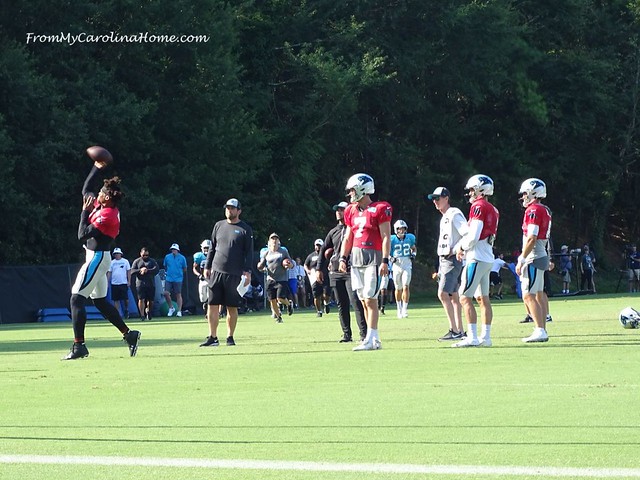 Kyle Allen, wearing #7, went through a rehearsal of a play.  At least I think that is what they were doing as they didn’t have helmets on.  Kyle has been one of the backup QBs for a couple of years now. 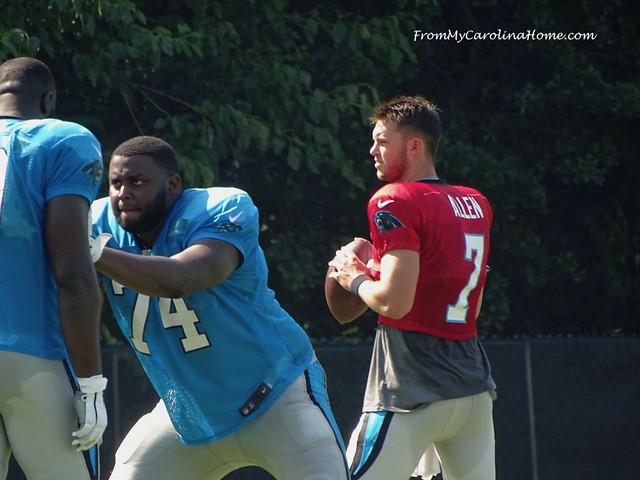 The players seemed to walk through the play, perhaps getting the feel of it. 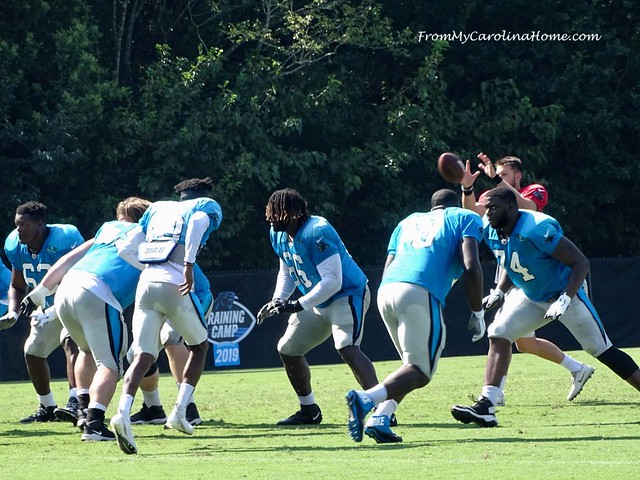 On another field, Graham Gano (#9) practices kicking balls over the goal post. 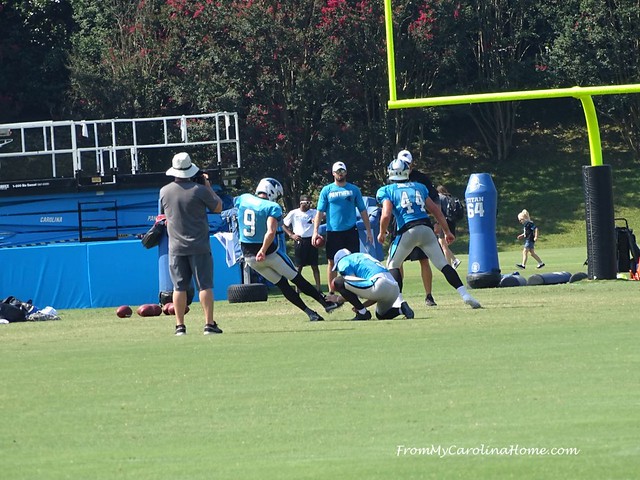 Later, the helmets went on, and the practice became a bit more physical.  Head coach Ron Rivera is in the white Panther shirt.  Here, #17 Wide Receiver Terry Godwin runs a route under the watchful eye of head coach Ron Rivera while #46 tight end Temarrick Hemingway attempts a block on #74 Offensive Tackle Greg Little.  Yes, I have a program with all their names and numbers, LOL!! 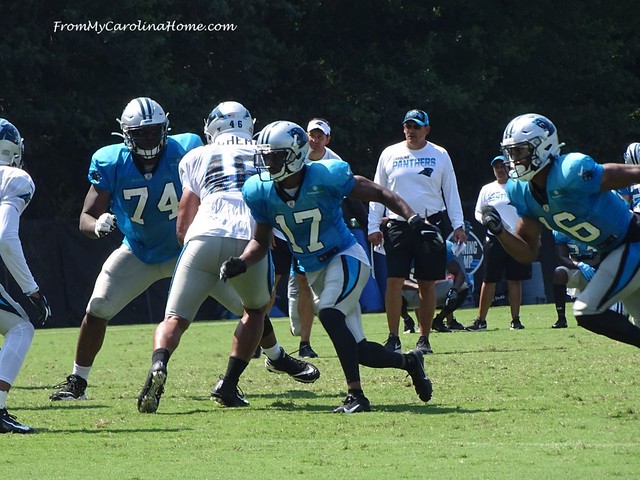 Getting to know the players is part of the fun of following a team. More plays were run with offense and defense looking like a real game. 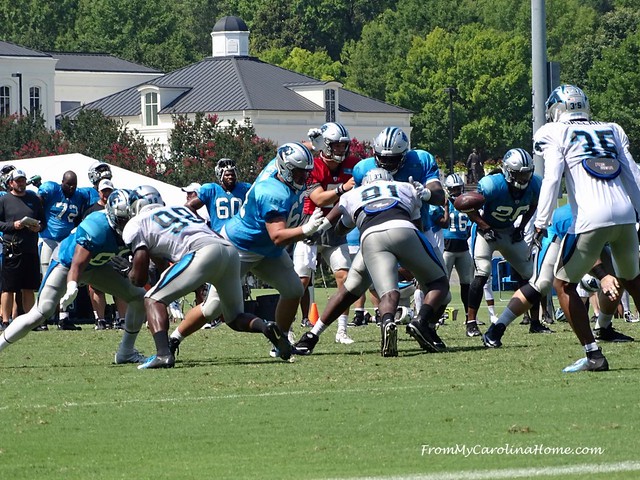 Coach Ron Rivera in the white shirt watches, then talks to the players.  Ian Thomas, #80, is a tight end that has really been fun to watch.  He came on strong last year in his rookie year, and I am hoping for good offensive plays from him this year. 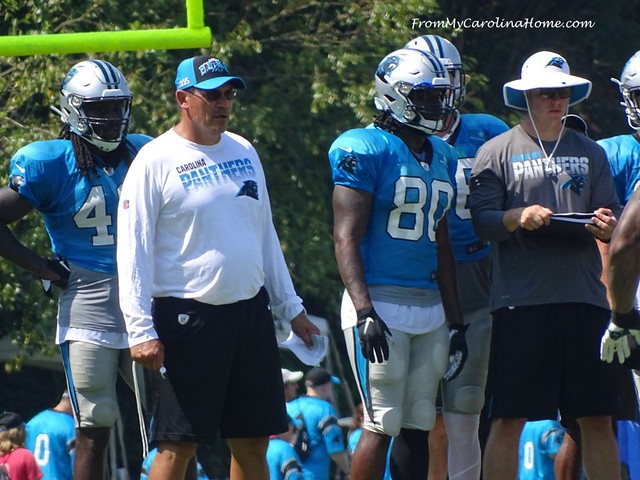 The rookie QB Grier got his turn, and he looked pretty good.  Here, Cam takes the ball again while the backup QBs watch.  One of my favorite players is #59 Linebacker Luke Kuechly.  His performance in defense is really extraordinary, often crossing the entire field to make a tackle. 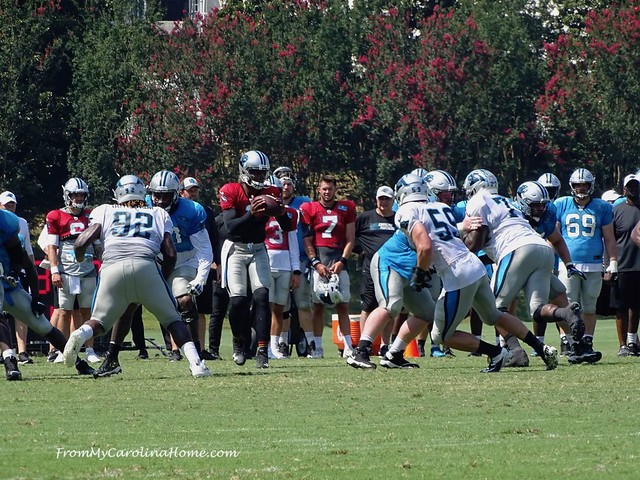 It was fun when a running play came right at us on the sideline.  Here #40 Fullback Alex Armah takes the ball to the end zone. 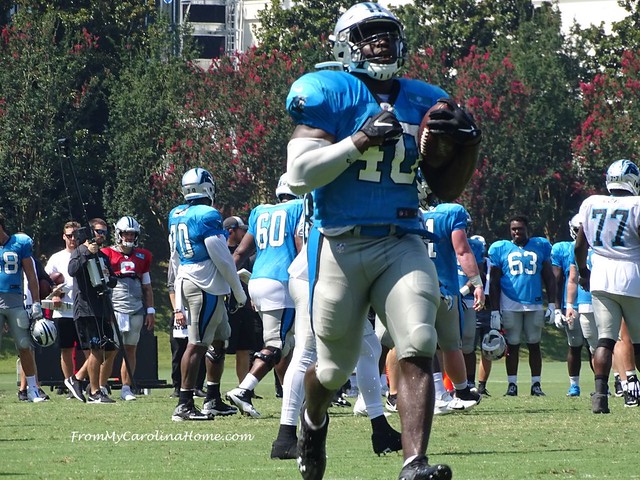 Another running play, there are a bunch of running backs on the team, and some will not make it through the cut days.  So each one has to shine as soon as possible. 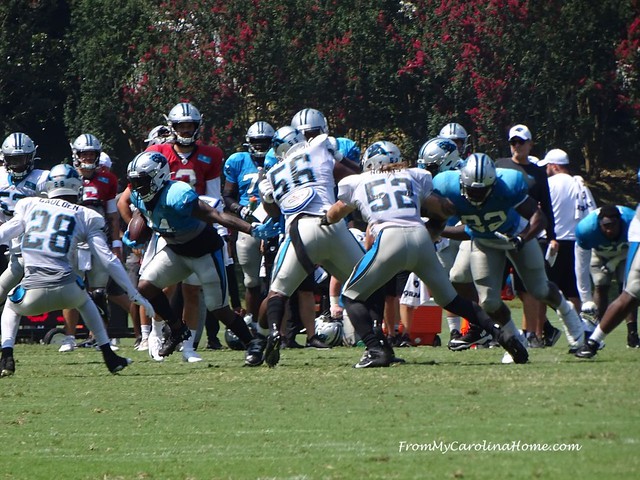 It was exciting, although brutally hot.  We had a spot in the shade to go sit while they regrouped for the next practice exercise. 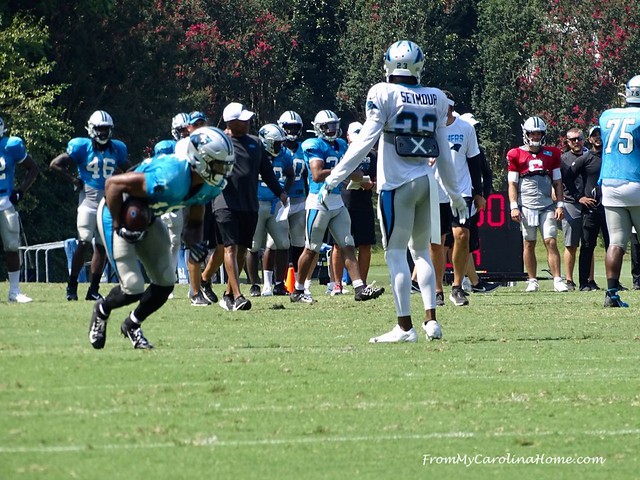 Greg Olsen looked like his foot injury has healed.  I hope so as he is essential to the team.  The players are so gracious to the crowd, most will come to the fence at the end of practice to sign autographs. 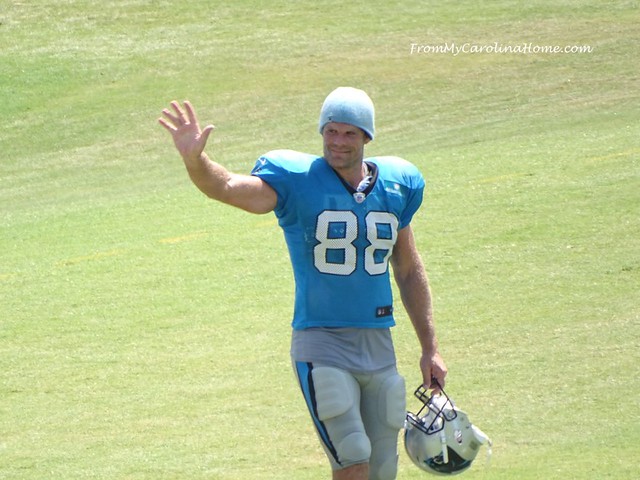 I don’t collect autographs, so I just took some more pictures of my favorite players.  You can see the huge bandage Cam is still wearing on his right shoulder.  We’ll see how he progresses as football season gets underway. 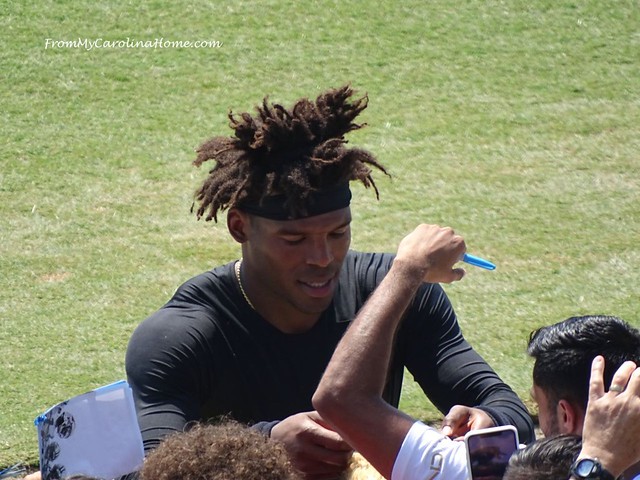 The Panther’s first preseason game is this coming Thursday.  Whooppee, autumn isn’t far away now!!  Are you a sports fan?  Who’s your team?