Rain washed out the Mini Cooper club’s participation in the Dillsboro Easter Parade yesterday.  The director of the club pulled the plug on the event Friday afternoon.  Moderate rain was predicted with even some snow in the high elevations.  Since the event planned was an all day affair with the outdoor pre-party, the parade, then a long drive and a potluck dinner later, it was prudent.  We don’t need people driving in the rain, and the venue for the potluck was outdoor too.  I have to say I am disappointed, but will save my Easter Bonnet for next year.  I packed the hat with tissue paper into a dry cleaning bag to keep it dust free.  Then, I took the chocolate rabbit treats out of the Treat Bags storing the stickers and bubble sticks for next year.  I’ll save the candies for the next event and just give them to friends, or put them on the next potluck table.  It poured rain beginning on Thursday, and we got over 5 inches of rain through Friday flooding low lying areas around town.

Rain came down all day Friday and intermittently on Saturday, battering the pretty iris flowers that just opened.  I was trying to get an artsy shot for the photo contest at the fair later this year. 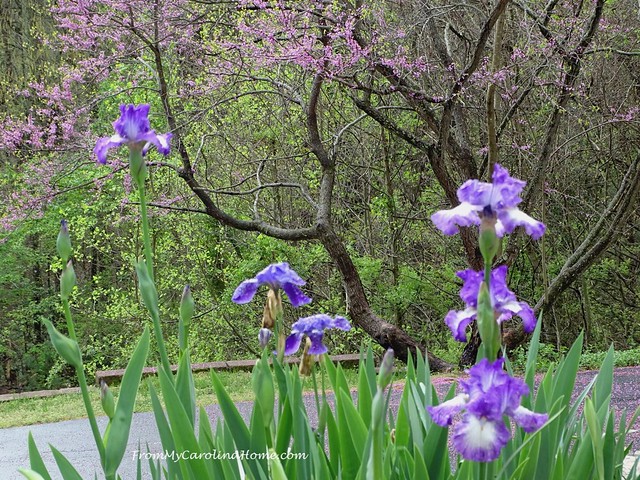 Once again I am finding it hard to stop taking pictures of these gorgeous purple and white blooms. 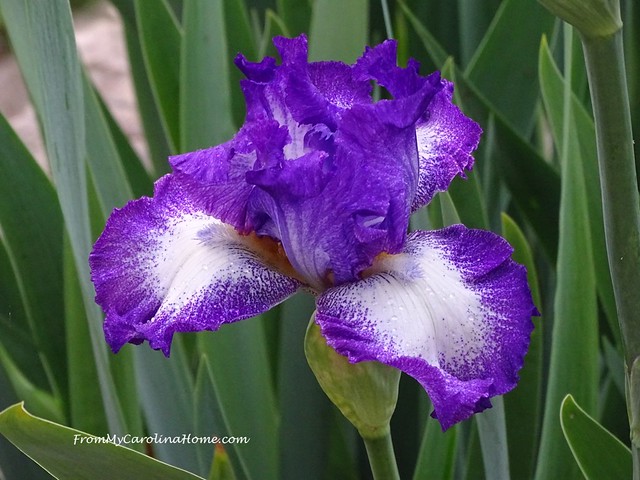 The ruffled edges and bright white beards and patches capture my fancy every year.  Perhaps this one could be a contest entry? 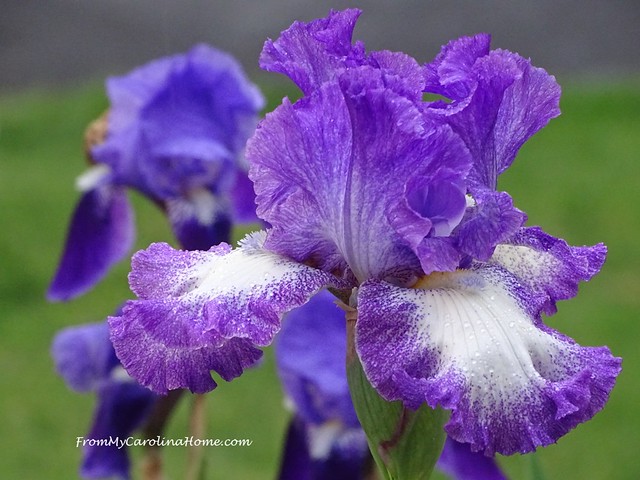 While these are pretty, the other varieties overshadow them. 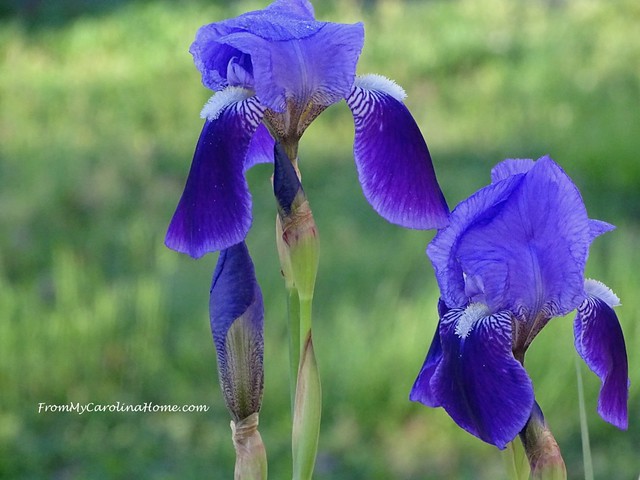 The dark red ones bloomed yesterday too. 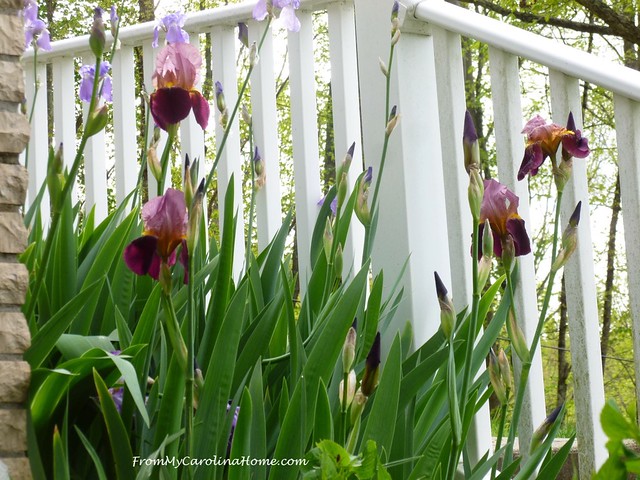 Gorgeous, aren’t they!! With the darker falls and bright yellow beards, they are striking. 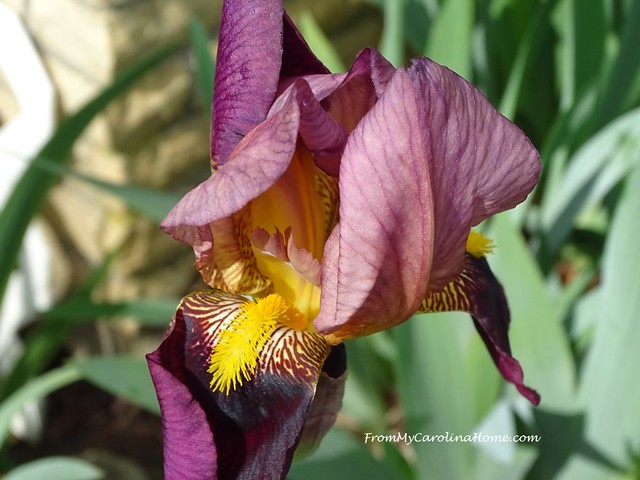 I still think I’ll dig up those anemic pale lavendar ones and replant them in the circle island on the driveway.  This year I need to mark which ones are the ones to move.  All three beds are getting overcrowded again. 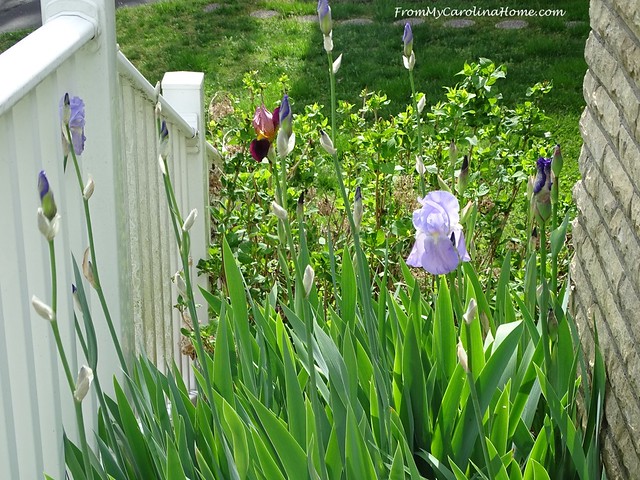 I’ll have more on the garden later.  In the meantime, I wanted to share a bit of fun that DH found on youtube for Game of Thrones fans.  They used 2750 Oreo cookies to mimic the the Game of Thrones opening title sequence.

And if you need another bit of good entertainment on a rainy day, Jersey Boys on Netflix is well worth the time.  I’ve been reading the Discovery of Witches trilogy (now on the second book Shadow of Night), and watching the series on AMC, have you seen it?  Somehow Matthew Goode just doesn’t embody the character of Matthew de Clermont to me, not dark enough in character nor does he exude the power written in the book.  At least so far.  But, it’s a passable adaptation, even if a bit different than the book.

I hope you have a wonderful Easter or Passover!  Have a great weekend!

23 thoughts on “Rainy Day Blues but the Irises Bloom”