Last summer, when we went to Florida to visit friends, they took us to the Dunlawton Sugar Mill Gardens in Port Orange.  Knowing that we enjoy walking in nature, this was a wonderful way to spend an afternoon.  While I work on secret sewing projects, and it is bitterly cold outside, I thought it would be nice to take a look at this garden delight. 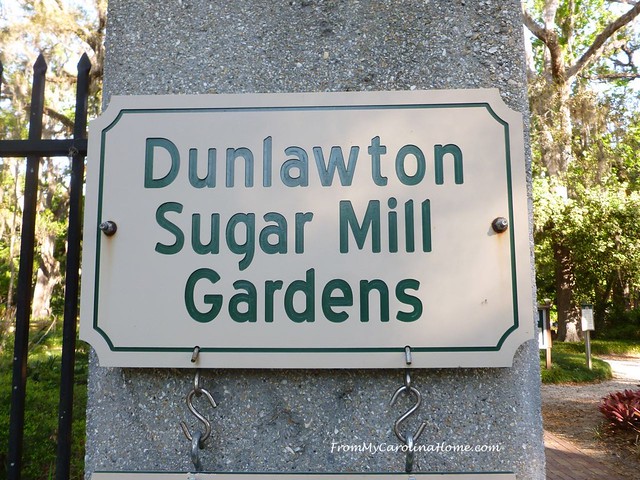 It was warm on this day last summer, but there was plenty of shade along the gravel trails through the park. 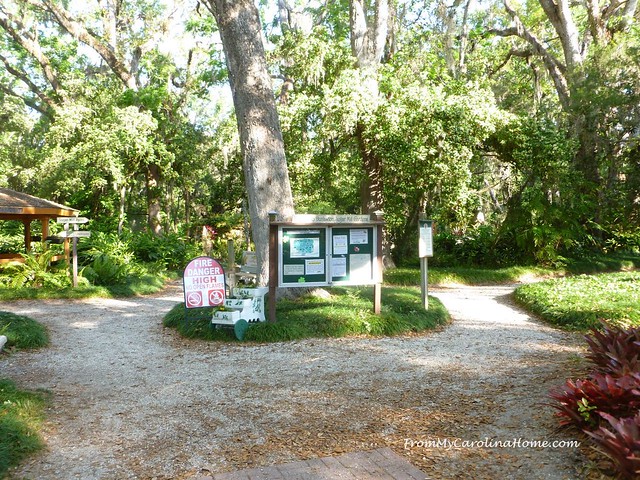 A small Japanese garden with a jinriki, a man made object, as a means to mark a place to stop and observe.  I did a post on Japanese gardens last year as part of my Japanese Inspired February event, Karesansui teien. 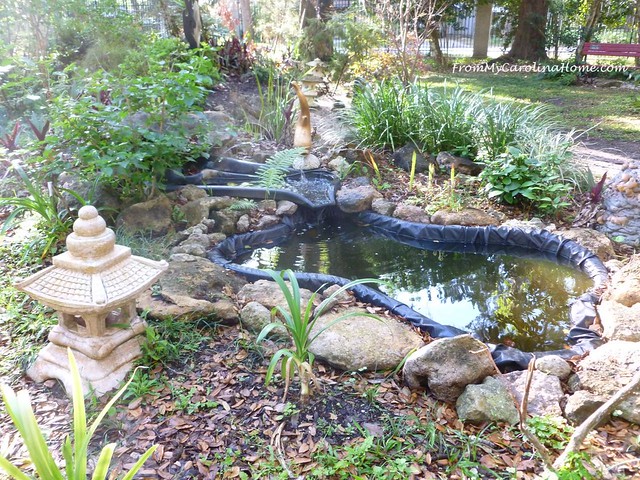 This is a native Florida wildflower called a Meadowbeauty, also called Spiderwort in other areas of the country. 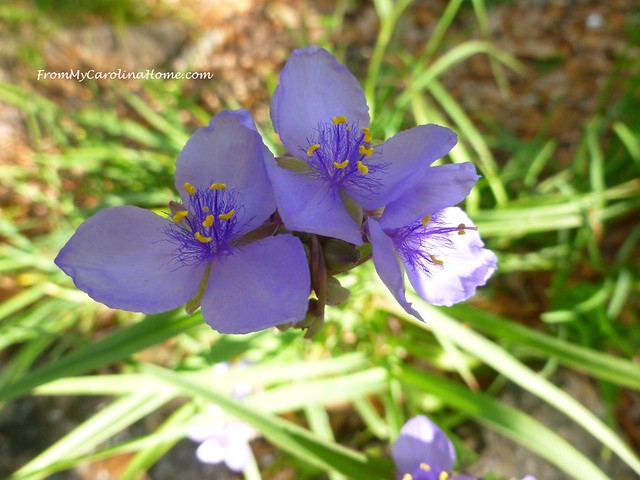 This pretty red flower is a bush honeysuckle. 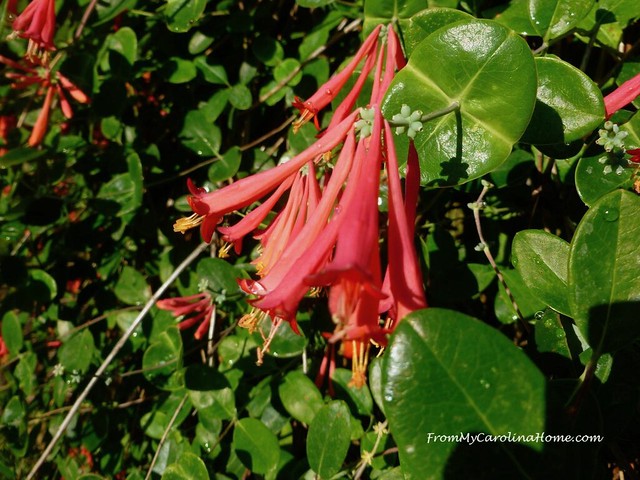 Yellow milkweed shines in the sun. 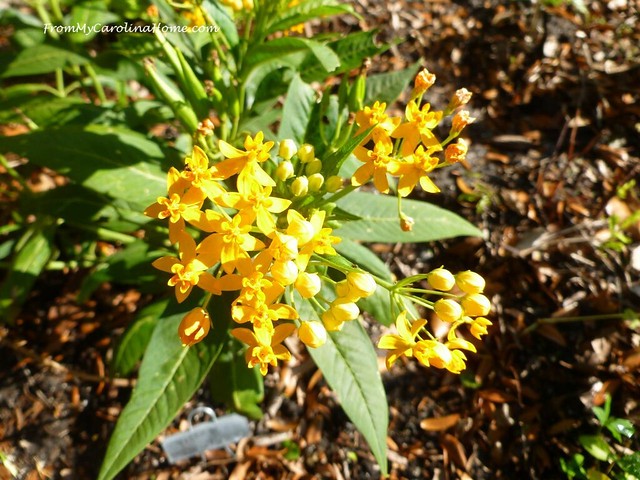 Purple heliotrope blooms are lovely, even with only about half of them open. 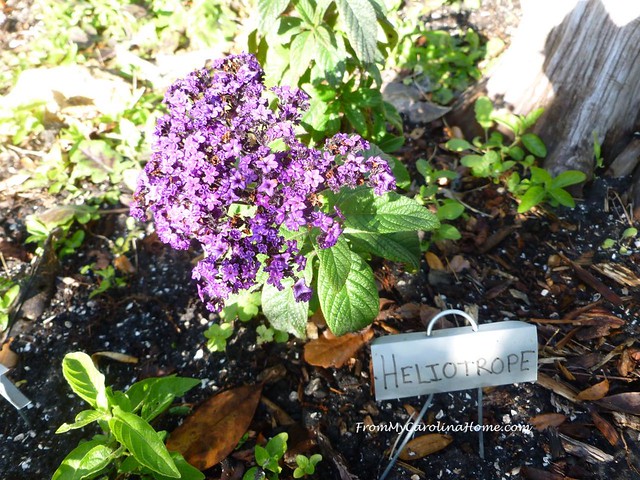 In the park was a human sundial.  This was fun to see.  You stand between the stones for the months, next to the current month, and your shadow will point to the time. 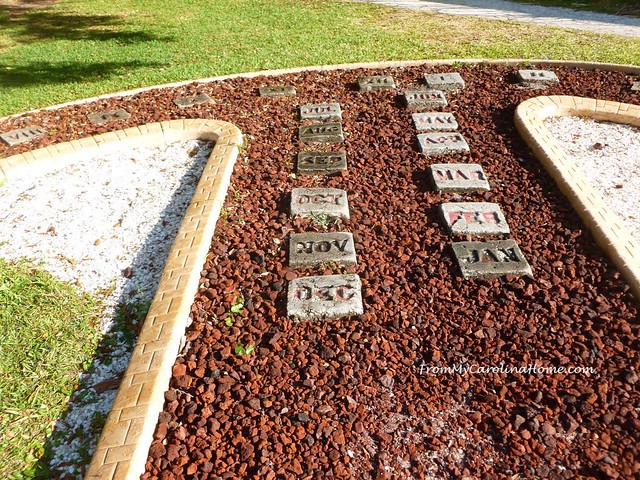 Through the trees, the sugar mill was hidden from the main path. 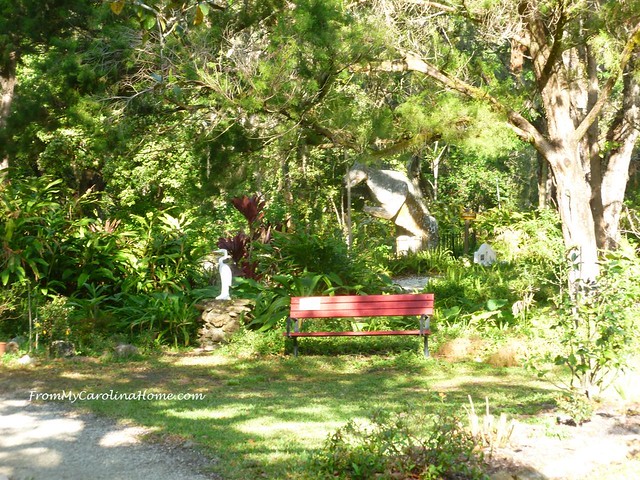 Established in 1830, it only produced sugar sporadically due to fluctuations in the market and difficulties with weather. 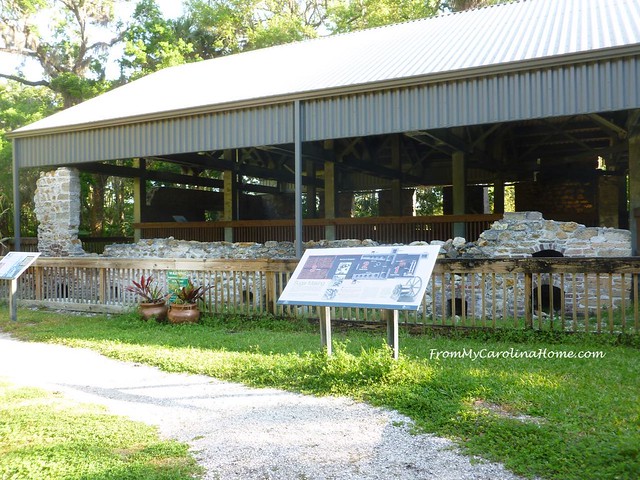 It was burned by the Seminoles in during the Seminole War in 1835, and the wooden parts were destroyed. It was rebuilt in the 1840s, but never really was a consistent producer of sugar. 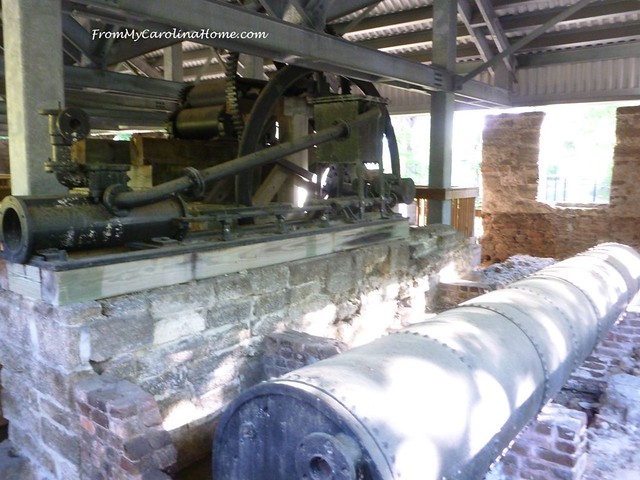 During the Civil War, the mill was appropriated by the confederacy to make salt. 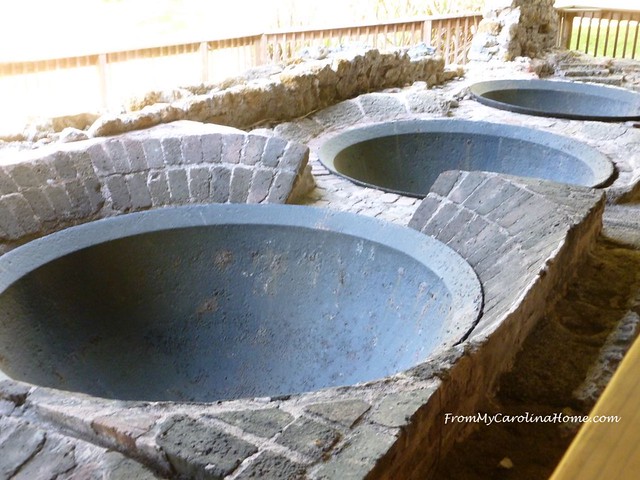 Much of the stonework and metal vats were still there, although badly damaged by weather and age. 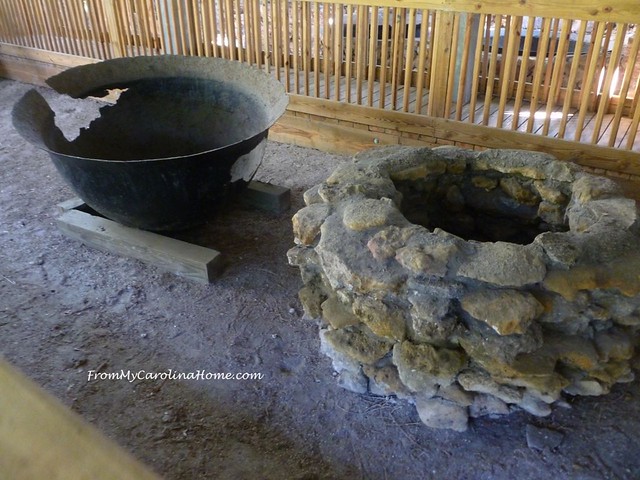 Just around the next bend from the sugar mill, this huge oak with its enormous canopy of branches is called the Confederate Oak.  According to legends, Confederate soldiers would camp underneath it. 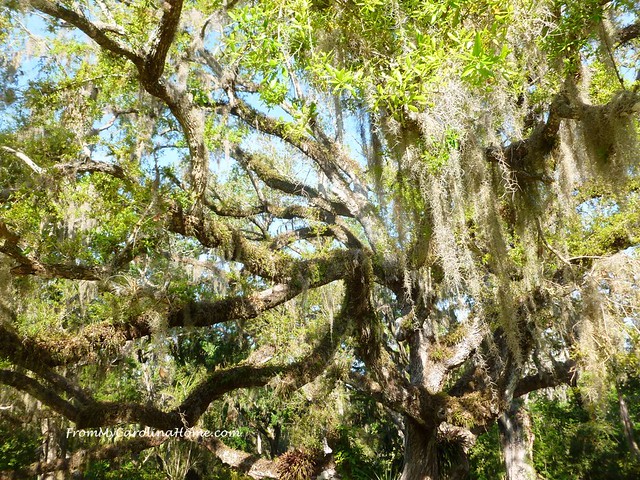 Even the bromeliad growing on one of the branches was huge. 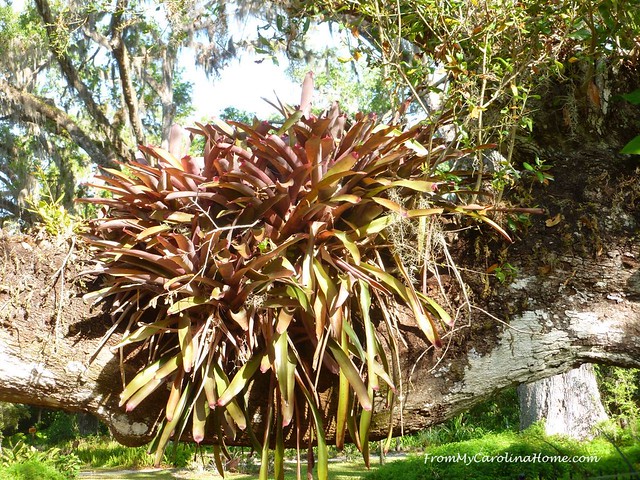 Lovely shade, and draping Spanish moss give a sense of stately splendor, and advanced age. 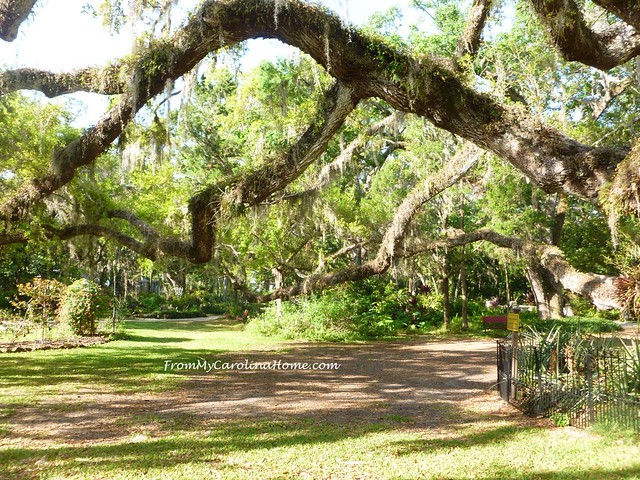 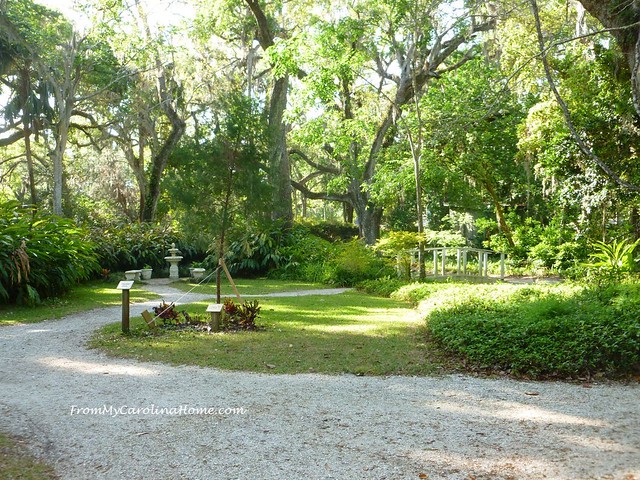 On the way out, I spotted these deep red bromeliad flowers. 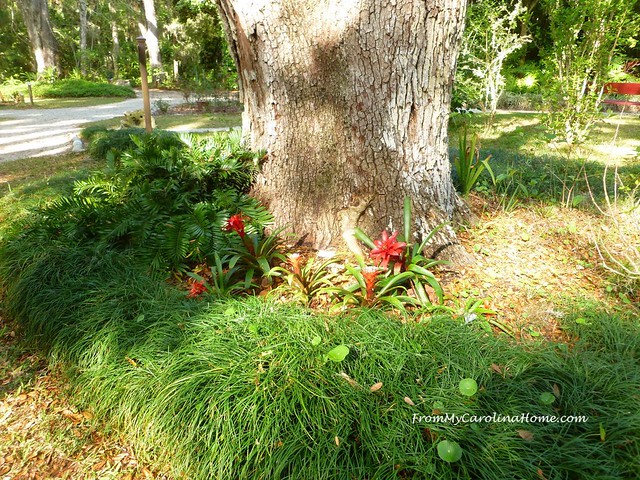 The deep red color was stunning. 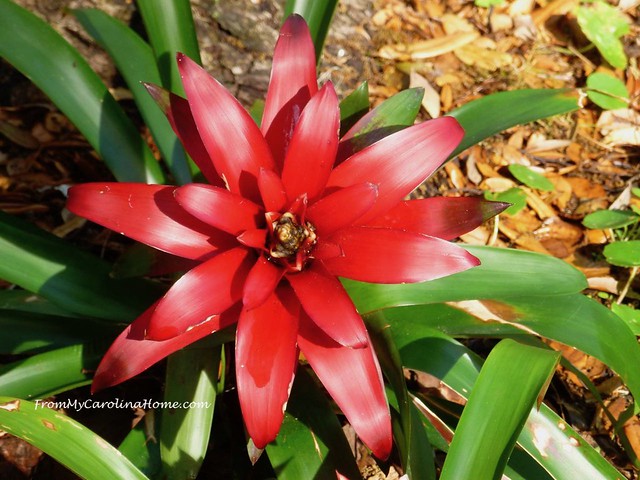 I hope you enjoyed a walk in a summer garden, in the deep of winter for those of us in the northern hemisphere.  I am working on projects for you, and all will be revealed soon.  The next teacup block is coming on Friday, an update to the quilt project soon, and the start of a mystery quilt along is coming.

Have you visited someplace special recently?

Sharing – Take Me Away!