Thanksgiving Day is here, and for me it is the best day of the year.  Today is a day of fun, watching the Macy’s parade on TV in my jammies, while a Breakfast Casserole bakes in the oven filling the air with a savory aroma of sausage, cheese, onions and eggs.  I do wish that the CBS would go back to showing their Thanksgiving across America parade show that would cover the Chicago parade, the Disney parade, and the one in Hawaii.  I liked seeing all the variety. 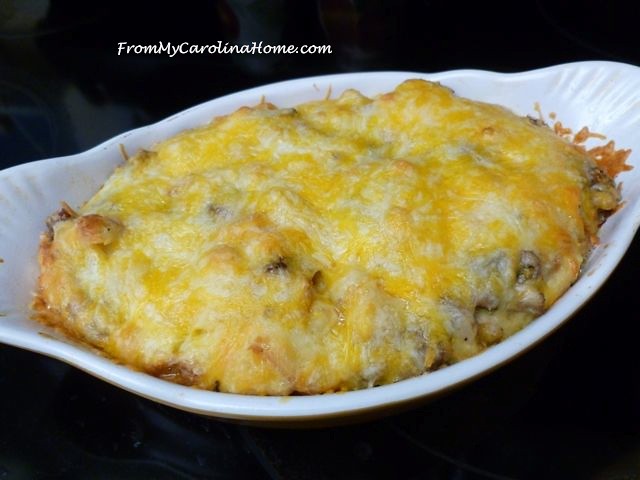 But, the Macy’s parade is the giant for the day.  Is it just me, or does anyone else get a little bored with all the Broadway numbers at the beginning that they do now?  Seems to me it used to be less commercial.  I’ll be reading a few blogs and answering emails this morning as I am watching too, as making connections with friends is the order of the day.  See my post for Thanksgiving 2014 as I talk about the history of the Macy’s parade and its role in Miracle on 34th Street.  I’ll find time to watch that movie this weekend too.

Then if you want a laugh, Thanksgiving 2016 has a hilarious story about our first Thanksgiving as a married couple.  Sometimes, it is the times that go wrong that make the best memories.

Later, we’ll watch football games while the turkey is cooking.  Here’s my Thanksgiving Tablescape for this year for a gathering on Saturday which will include a spiral sliced ham. 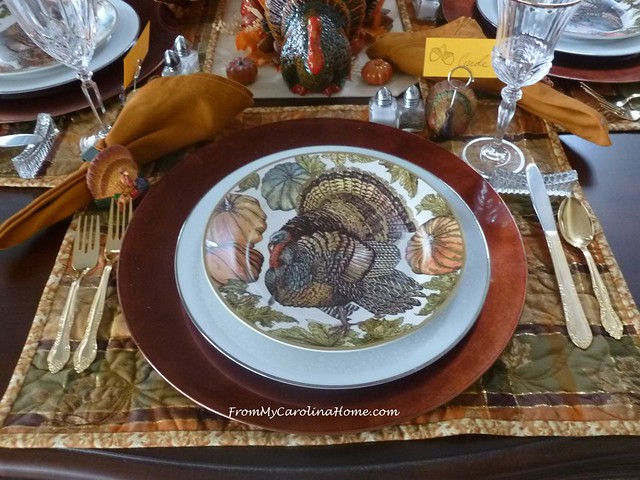 For today’s meal, I’m making a sourdough dressing with mushrooms, leeks and bacon to go with our turkey.  We skip the potatoes in favor of dressing and rolls.  I think I’ll do my Roasted Garlic Baked Spinach too. We’ll have jellied cranberry sauce that holds the shape of the can, served in my grandmothers pressed glass dish.  It isn’t Thanksgiving with any other kind, LOL!

As we gather with family and friends this long holiday weekend, I pause this morning to remember all the things I am grateful for – health and family, friends and faithful readers like you, our home in the mountains, food on the table, and time to enjoy it all in safety and security in a free country. 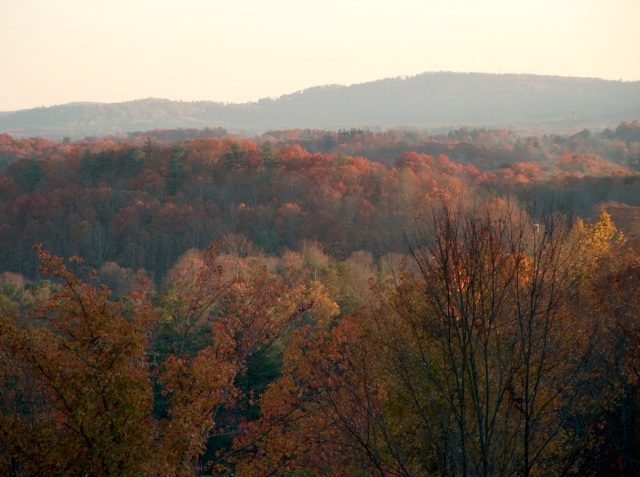 I hope you have a wonderful Thanksgiving!!