There were lots of leftover pieces from Square Dance, my latest mystery quilt along.  I wanted to use them up in something.  I was inspired by my friend Kathy, (who blogs at Kathy’s Quilts) who has done some really fun improv quilting. 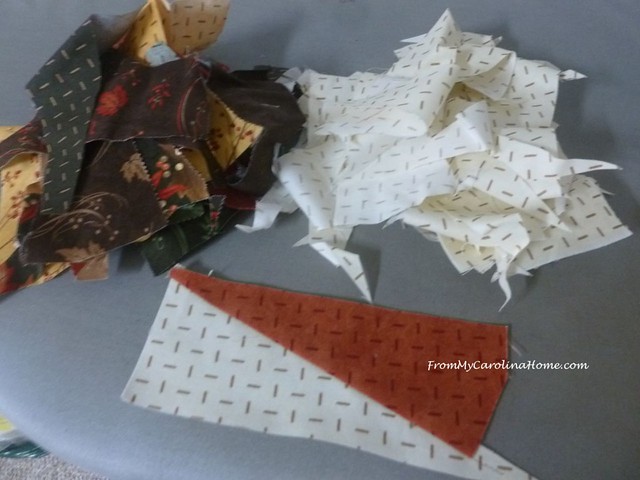 I pulled a few bobbins with thread color leftovers I need to use up.  I stack these on the machine, and use them in both the top and bobbin until they are gone.  I free up several bobbins doing this every time I do a scrappy quilt. 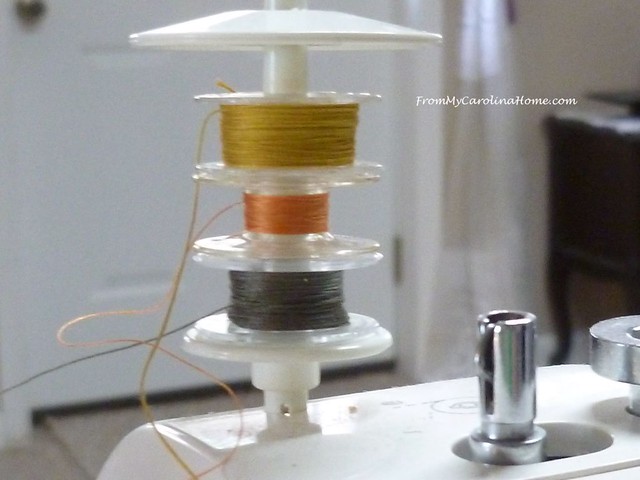 Beginning with the half rectangle triangles, each scrappy one is paired with a light one.  I had 30, so I distributed the colors into five sets of six. 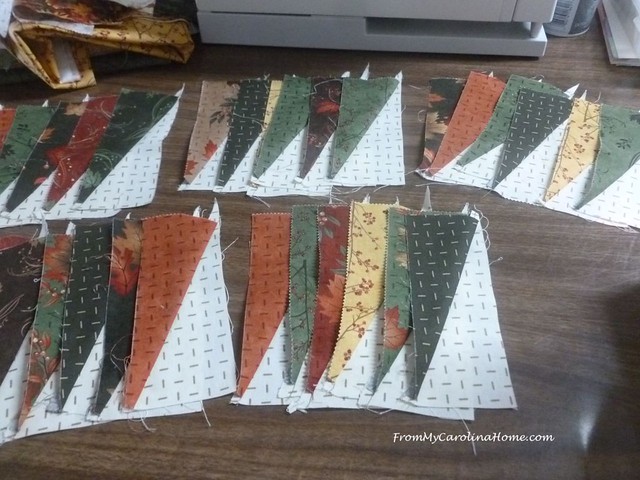 The HRTs were sewn together in rows of six each, then the rows were joined together.  The one on the top left was too short, so I added a bit of the light to make the side come out straight. 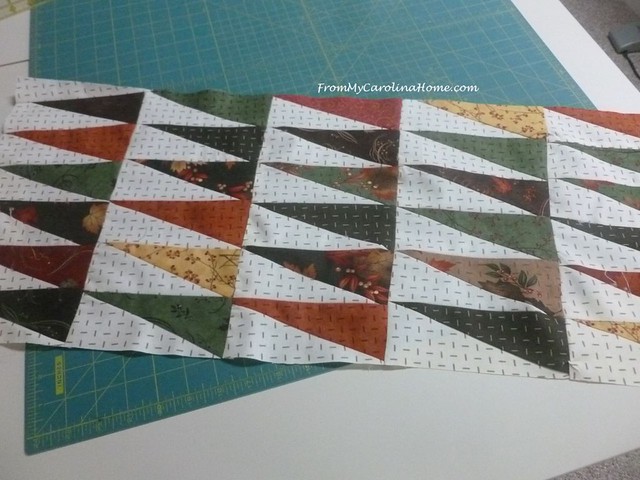 I had just enough of this print in a cake layer and a couple of charm squares to make a thin border. 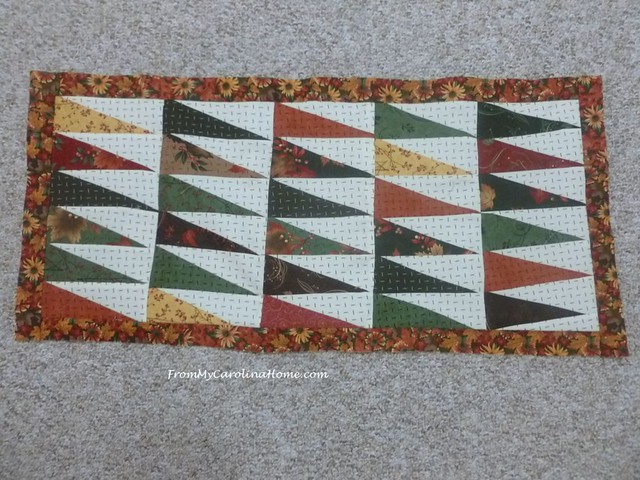 Going back to the scrap pile, it started to make sense to do this quilt round robin style.  With the abundance of 2-1/2-inch squares, I had enough to do the next border with those. 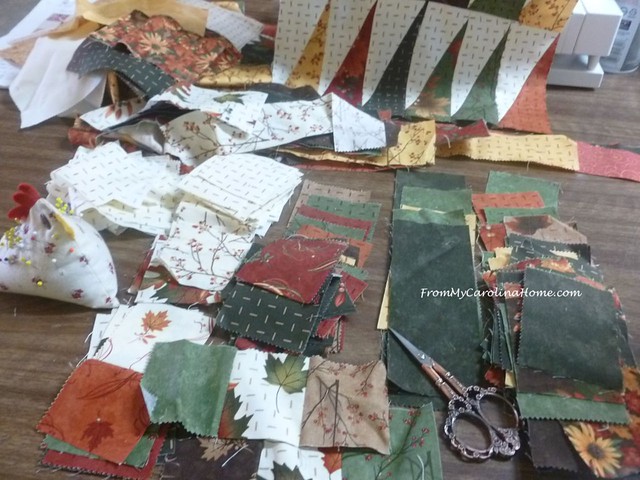 Checkerboard strips were created, using up almost all of the squares. 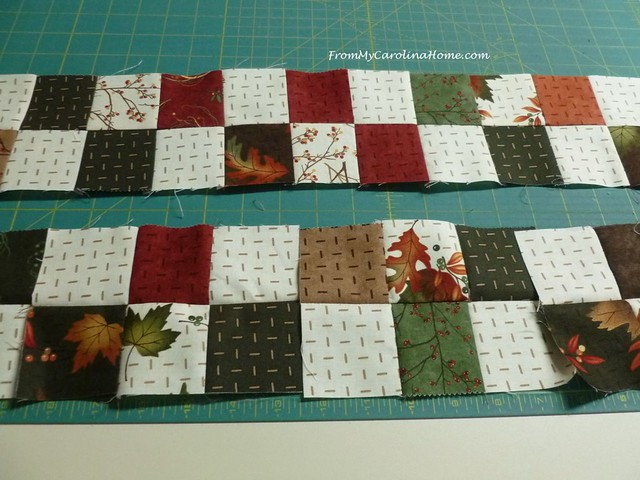 With just a little adjustment, they fit pretty well. 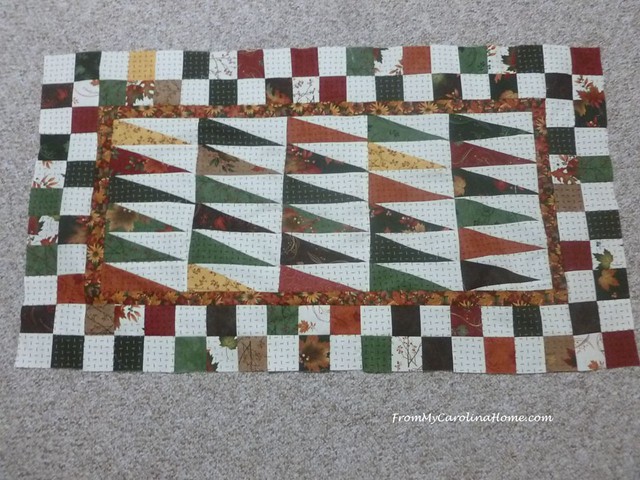 There was still a big pile of strips in various widths left.  It seemed like a strippy scrappy border would work best to use these up. 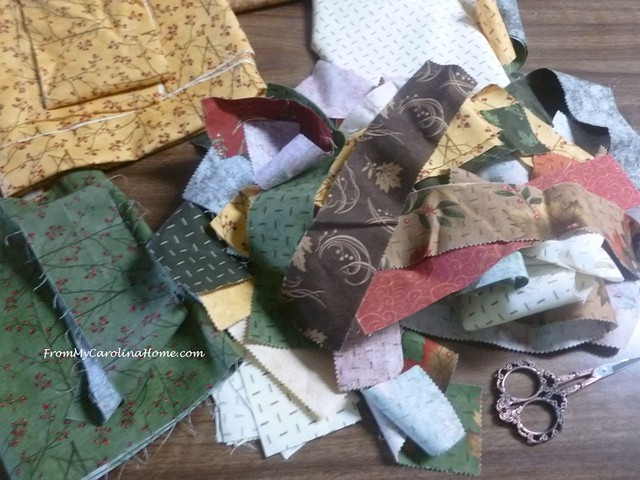 The quilt would need a break between the checkerboard scraps and the scrappy strips, and I had more of the green yardage from Square Dance.  A two-inch border was added. 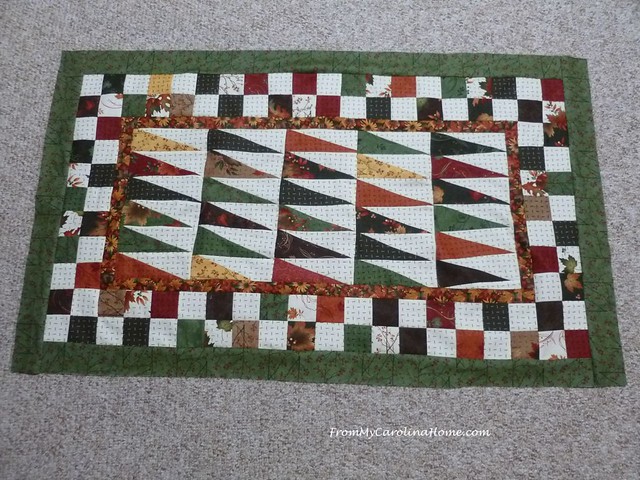 Then I sewed the strips in a random fashion, trying to distribute the lights and darks across the sets.  I kept sewing them together until I had long strip sets.  Then I cut the sets at 3-inches. 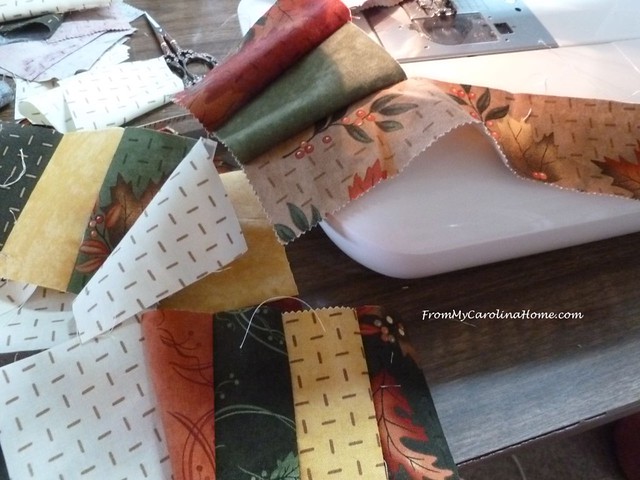 Doing a test fit, there were spots that needed a few more strips.  Not a problem, I still had fabric bits left. 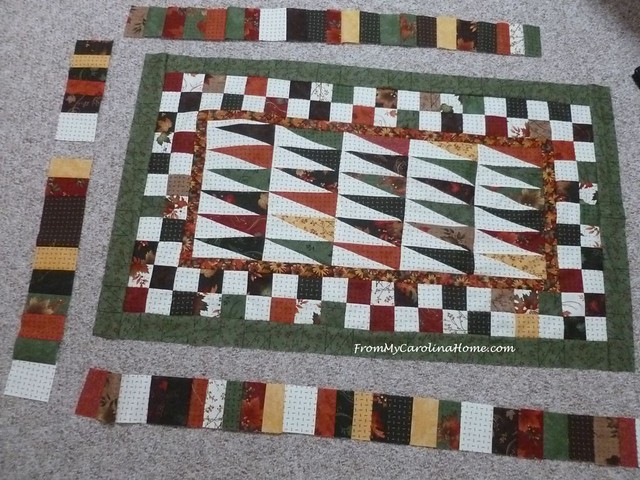 The strips were added, using the measure and cut method.  The center is a bit wonky with all the bias edges, but I think I can deal with that.  It became more important to get the borders accurate. 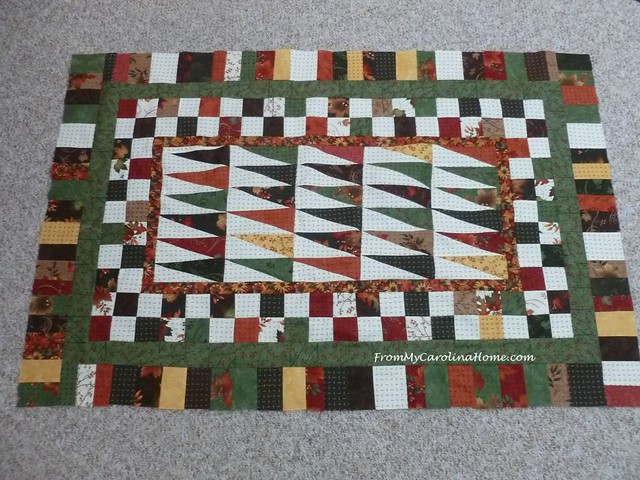 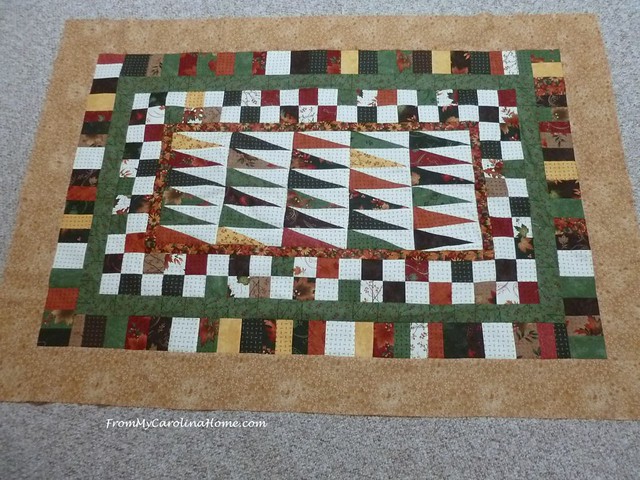 Loading it on the longarm, I used Warm and Natural batting. 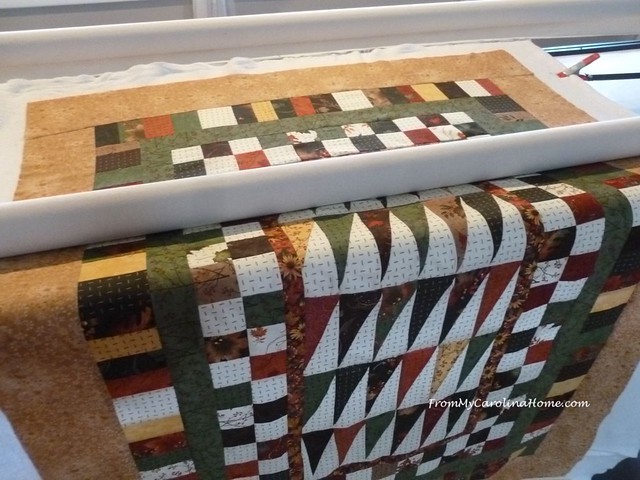 I still have my Be My Neighbor quilt hanging on the wall next to the windows.  On sunny days there is a lot of light in the basement studio. 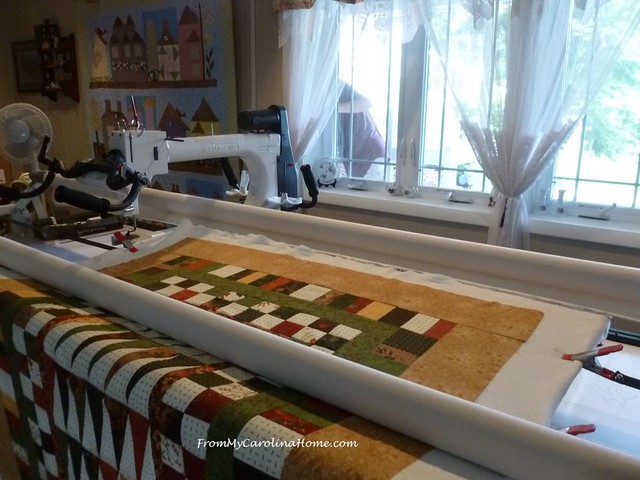 I quilted it with a simple pantograph called Pipeline. 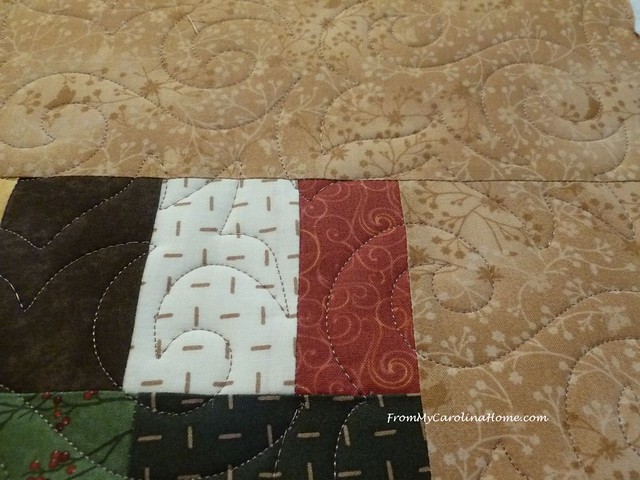 The top thread is Glide, with Bottom Line in the bobbin. 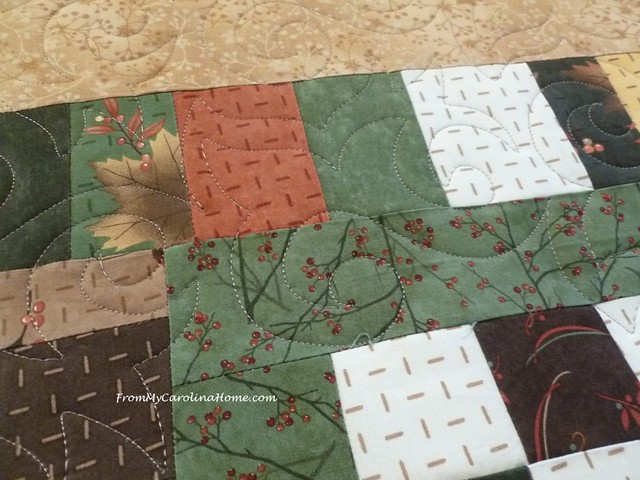 The color of thread blended well in the scraps and wasn’t overpowering on the lights. 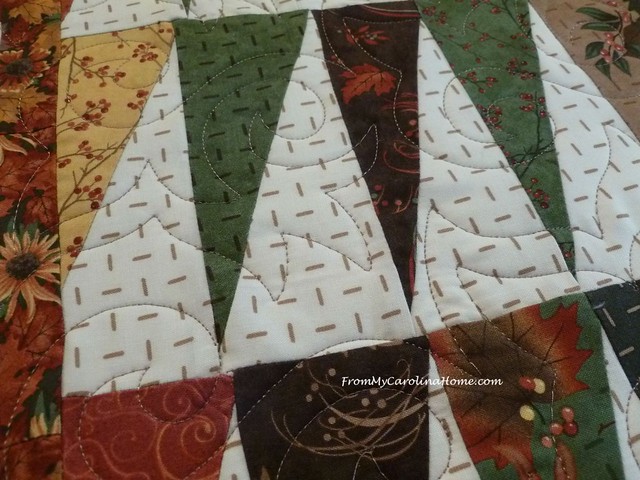 All quilted and trimmed, ready to bind. 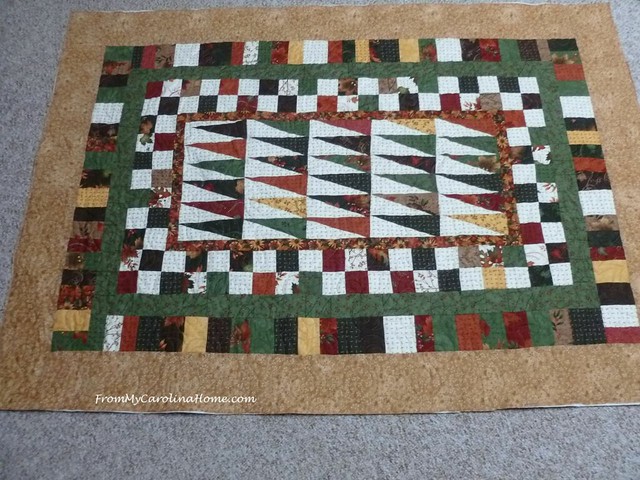 I made the binding with the same fabric as on the backside.  I wanted this one to finish fast, so I did the whole thing by machine.  I like this method of sewing on the front first. 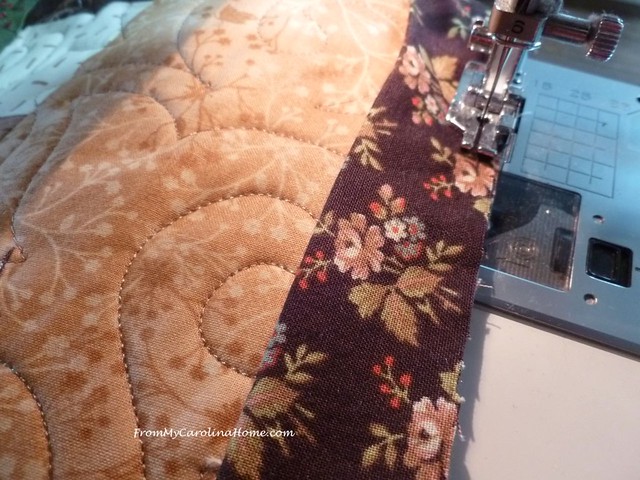 Then I turn the binding to the back, sewing it down very close to the folded edge. 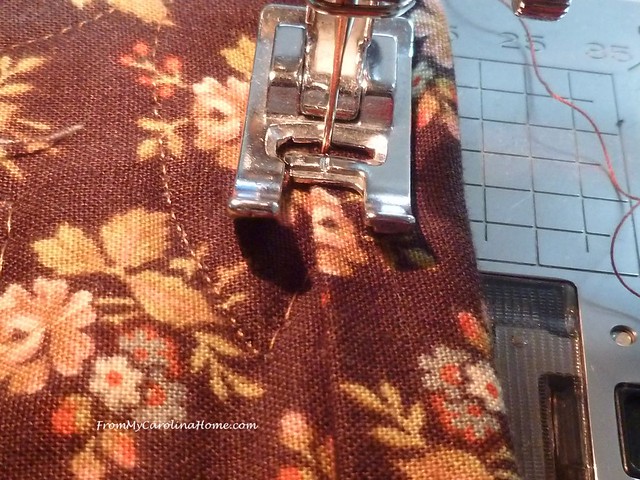 Here’s why I like this machine binding method better than sewing on the back first and folding to the front.  I am just not capable of sewing an exact straight line on the fold.  I wouldn’t want this to show on the front. 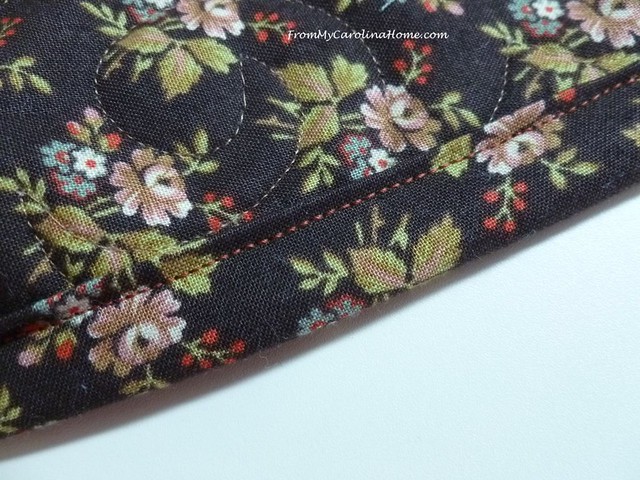 On the front, the line of stitching is in the border, which gives the binding the same look at the traditional method of hand whipping to the back. 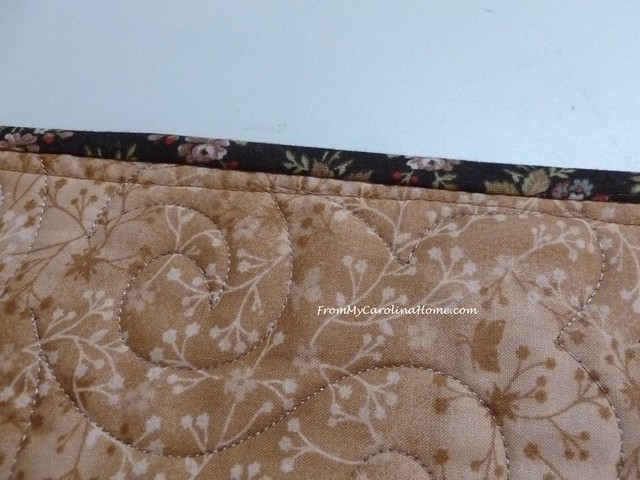 In a jiffy, the quilt is finished, ready to donate.  From a bit of distance, the binding is smooth and the stitching line in the border doesn’t really show. 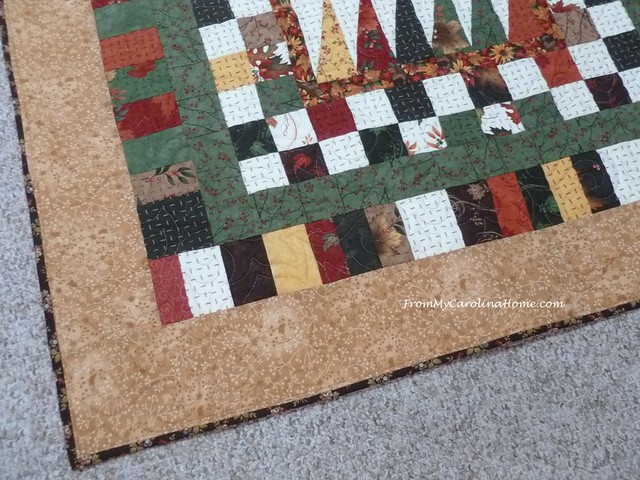 I’m sending this one to charity, just haven’t decided which one yet. 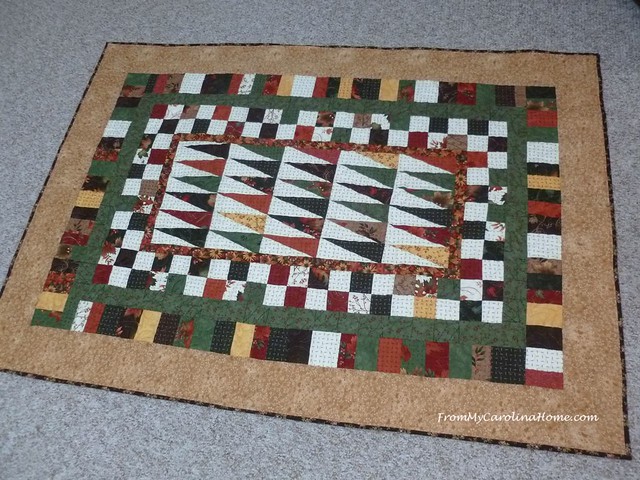 Have you ever done Improv Quilting?

Fat Quarter Shop’s Notion of the Month – Rotary Cutters and Blades 30% Off!!
Thank you for using my affiliate links when you can.  See my full disclosure HERE.
Check out today’s Flash Sale at Fat Quarter Shop with my affiliate link.
Amazon FreeTime Unlimited Free Trial is just $2.99 a month!
Thought about becoming an affiliate for your blog?  Click on ShareASale!