There was so much to see at the Museum of Natural Science in Raleigh, that I had to go to two posts.  Today will concentrate on the North Carolina specific exhibits.  Like the history section moving from earliest prehistory to more recent history, the North Carolina ecosystem exhibits moved across the state from the mountains to the sea. 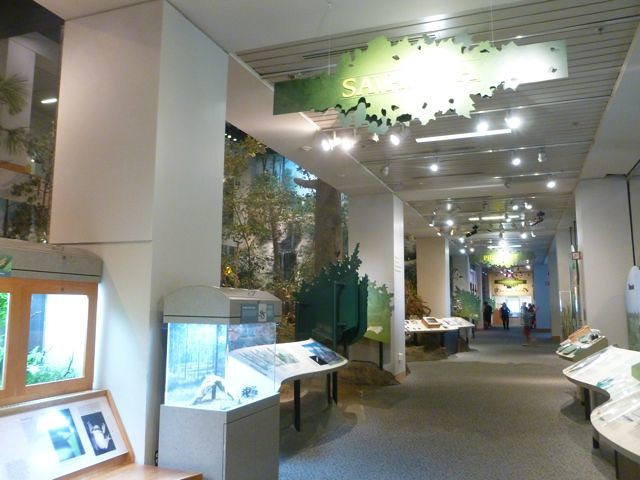 The Western area is called the Mountain Cove Forest.  The Highlands area has the distinction of having the most rainfall of any area in the east, with an average of 80 inches a year. 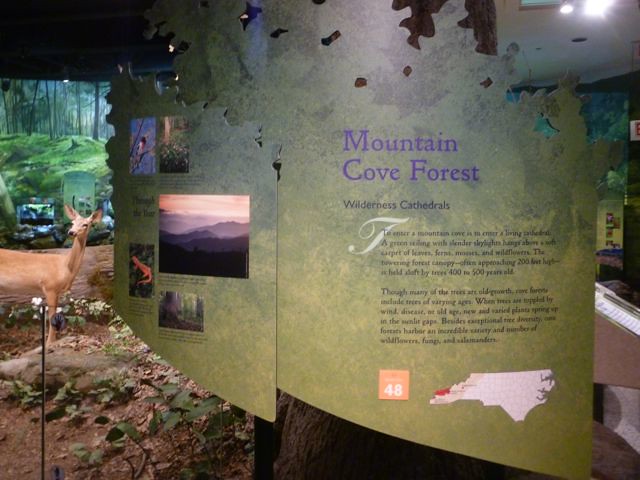 Full size dioramas depict the key features of the region. Mountains, forests, natural flora and fauna were represented. The forests of western North Carolina are thought to be among the oldest in the US, and North Carolina has the most peaks east of the Mississippi at 43 taller than 6000 ft, and many more under 6000 like ours. 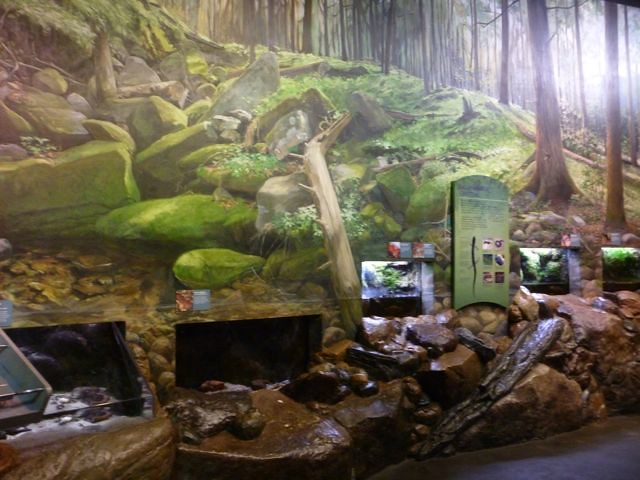 Waterfalls and birds seen from the balcony above the Mountain Cove diorama. 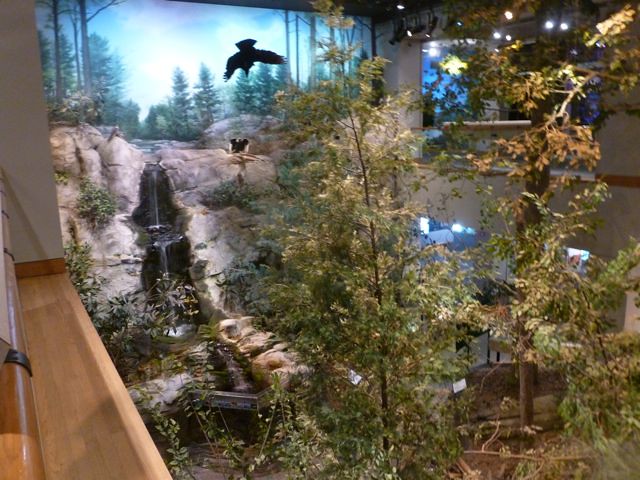 Our region also has Mount Mitchell, the highest peak in the east, and Whitewater Falls, the tallest waterfall in the east. 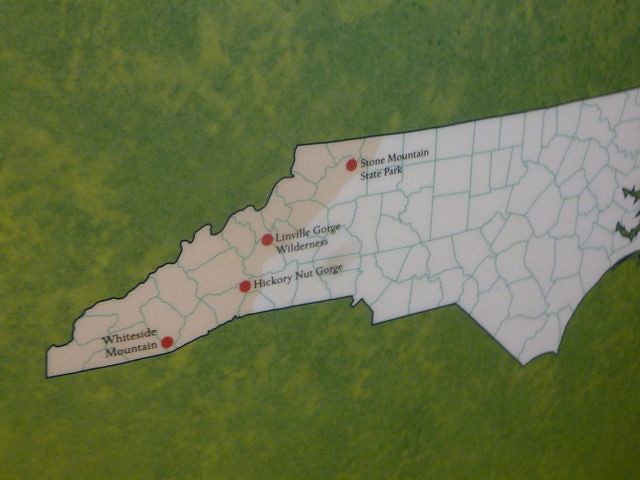 The Piedmont area of forests and plains was represented with additional dioramas. 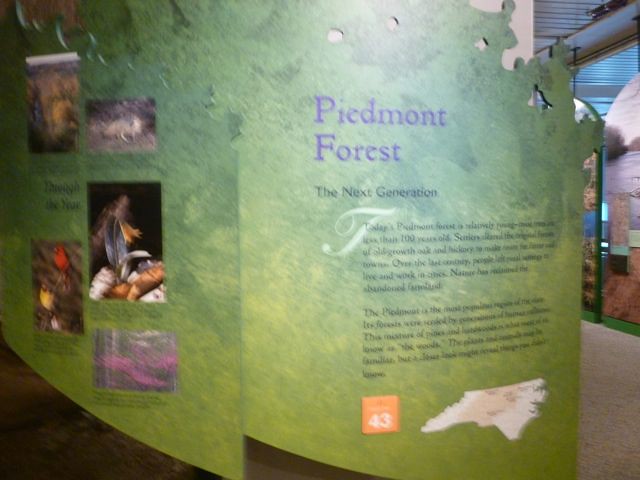 Between the Piedmont and the Mountain cove forests, there are more species of fungi in NC than any other state.  Animals found in the areas are part of the scenes, like the fox seen here. 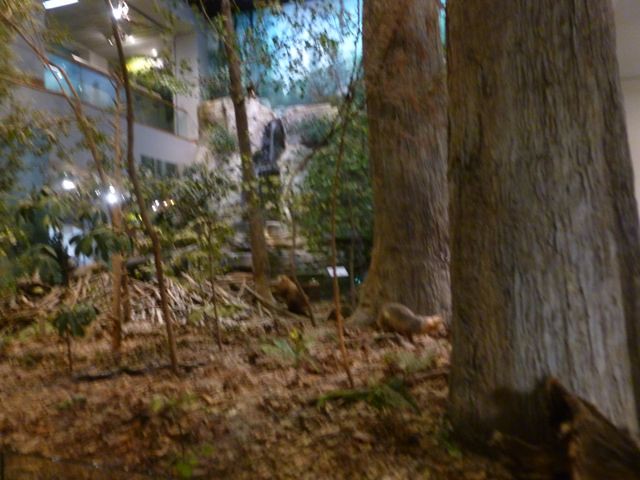 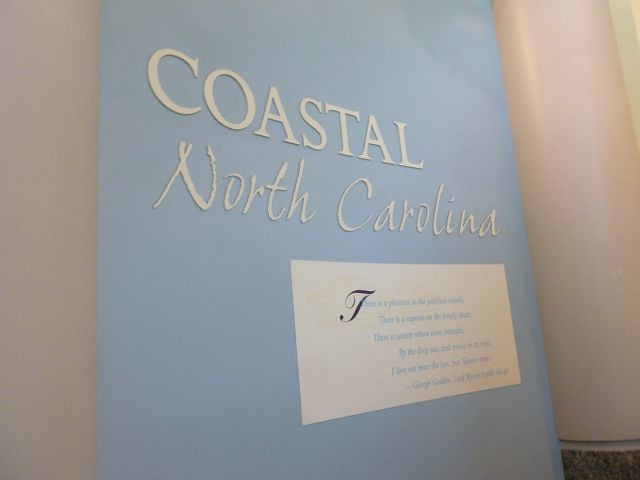 This is a Megatooth shark’s jaw bones with teeth, the ancestor of the modern Great White. 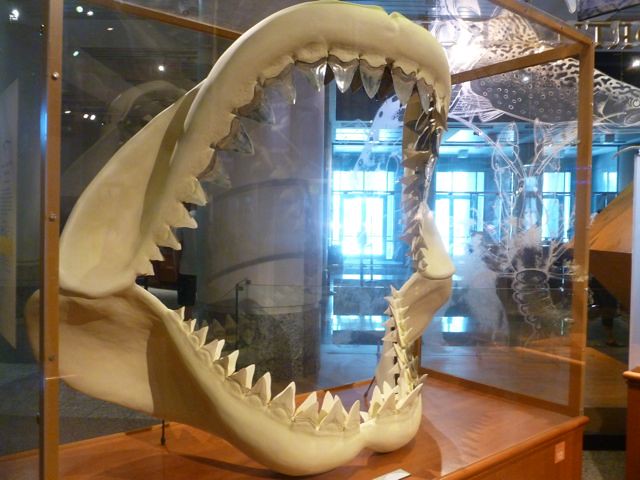 Real aquariums contain native fish and corals.  The blue whale bones from yesterday’s post were above this area. 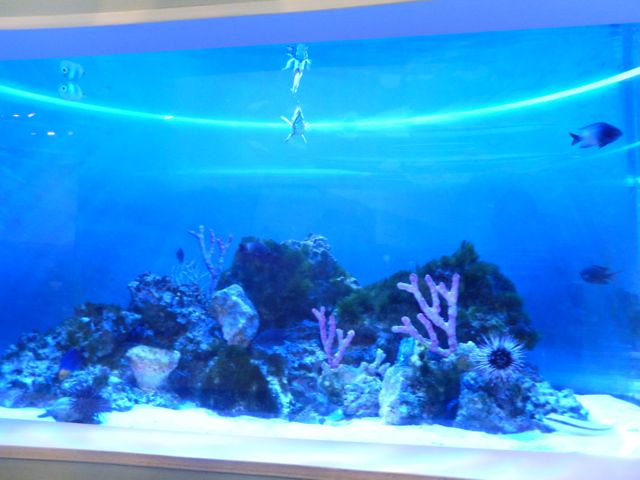 Underground North Carolina was a neat exhibit, with a rocky entrance dimly lit with display cases to give visitors the feeling of being inside a cave. 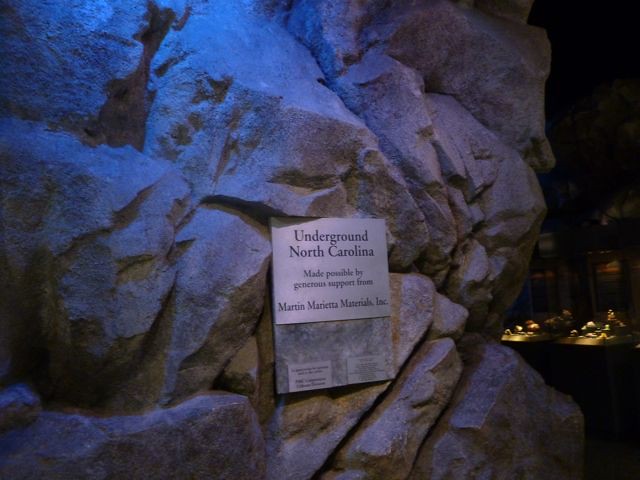 North Carolina is the only state where all four major gemstones have been found – emeralds, diamonds, rubies and sapphires. 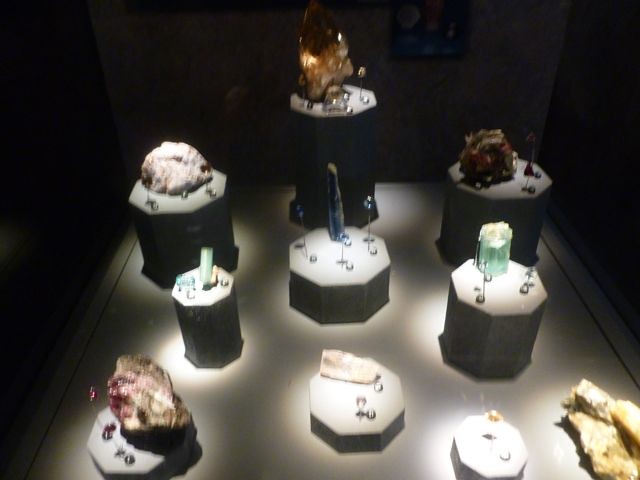 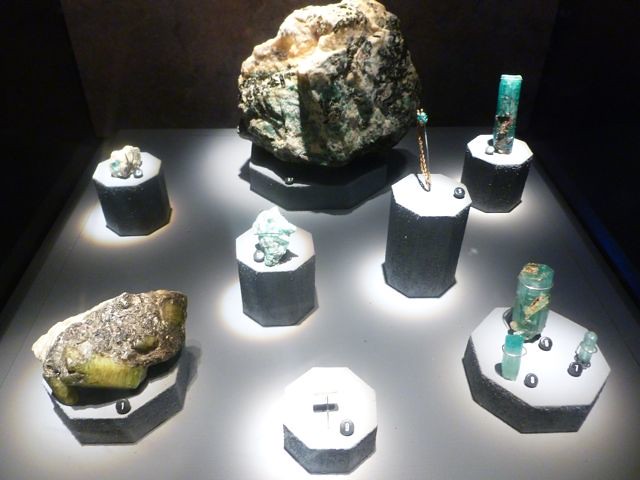 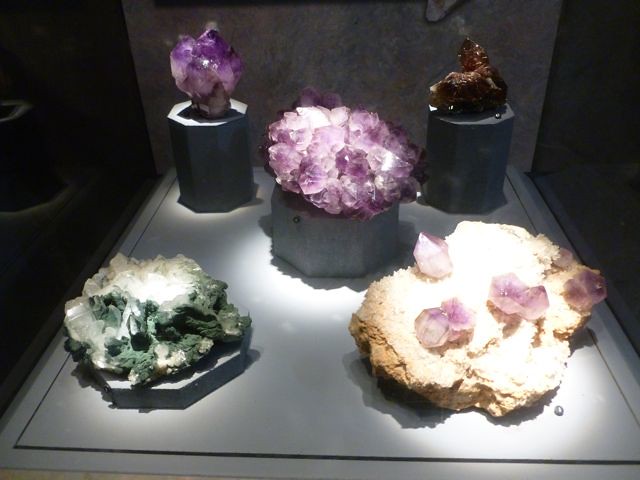 Interactive exhibits invite the visitor to turn the displays for more information on North Carolina ecology. 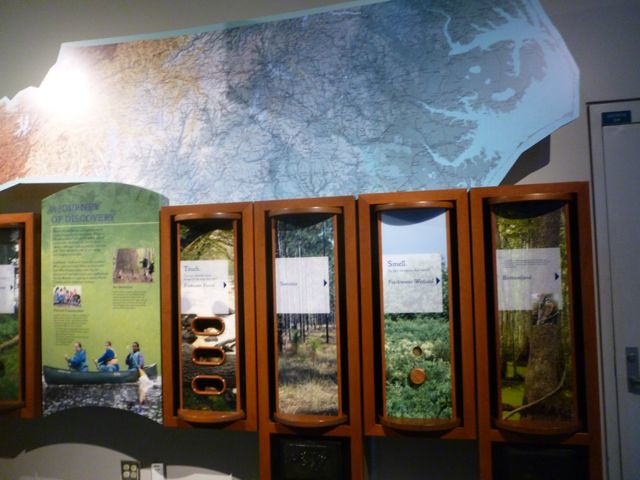 On the floor was a map of North Carolina created in marble and granite, showing the prevalence of each across the state. 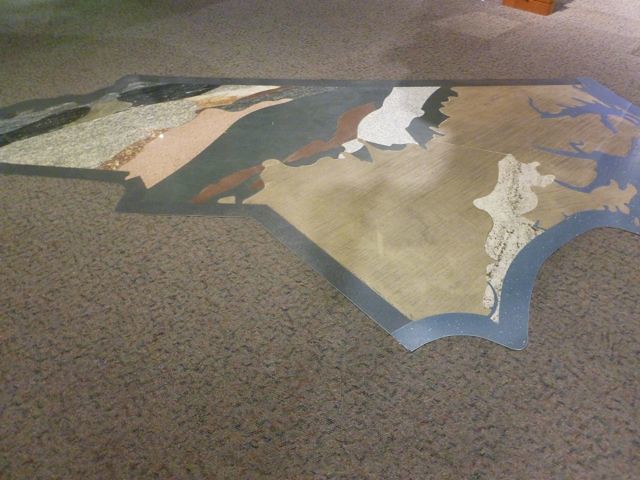 Then in the Natural Treasures exhibit, glass cases depict the rich diversity of flora and fauna in our state.  Here is the state bird, the cardinal, on our state flower, the dogwood. 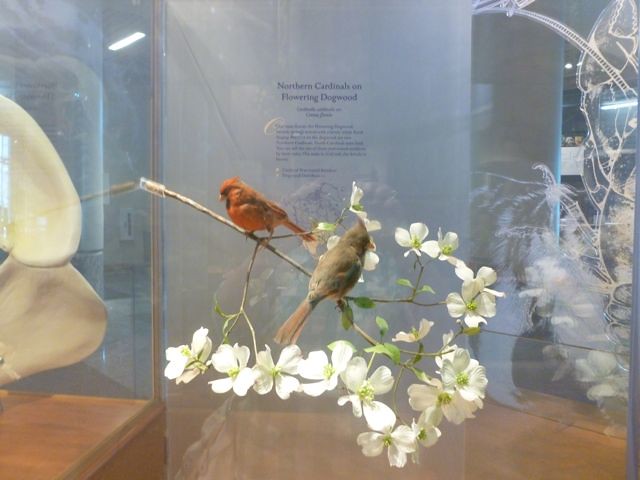 We spent the entire day there, and still didn’t see all there was to see.  The museum is free to the public, and well worth the visit if you are in the area.

Did you enjoy the virtual trip to NC Museum of Natural Science?