While working on all those red fabrics for the Scrap Dance Waltz quilt along, there were some that just didn’t fit.  The color of red was a bit off from the true reds of the ones I wanted to use. These appeared to be a bit to the orange side of red. So, I cut the layer cake squares into four five-inch squares and began to randomly sew them together in pairs. 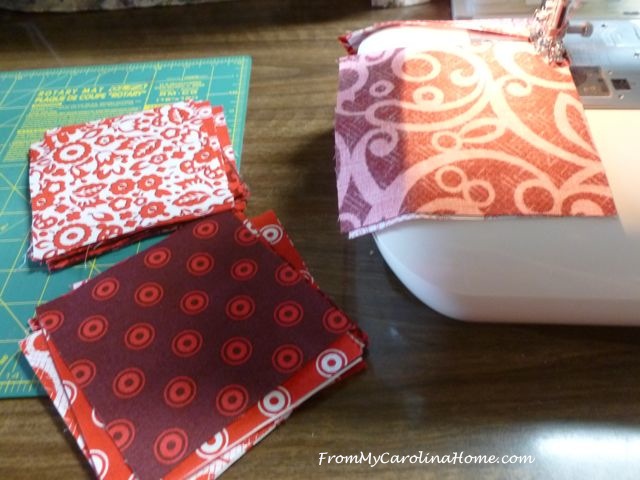 Then I randomly picked up pairs to sew together, only making sure that two squares of the same print didn’t get sewn together.  I wanted this to be fast and not too fussy. 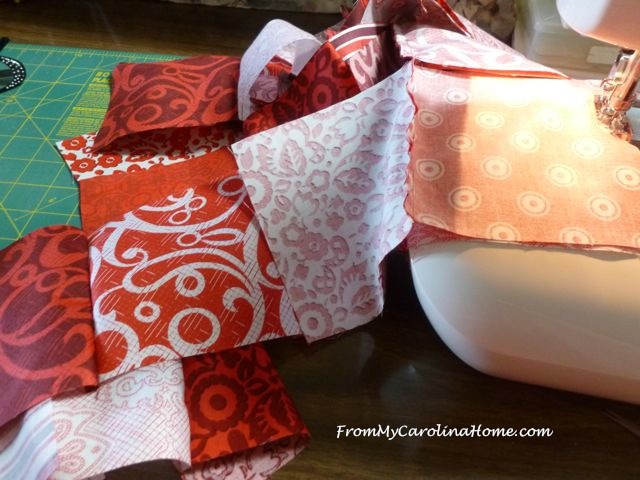 Then I lay out the sewn strips of squares to figure out how to put them together. The first layout had some prints next to each other, so I needed to flip some strips. 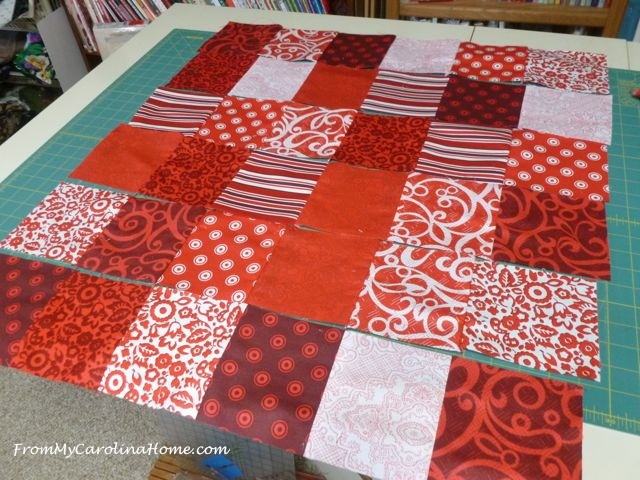 OK, so this layout will work. I pressed the seams opposite on the rows so the squares would nest. 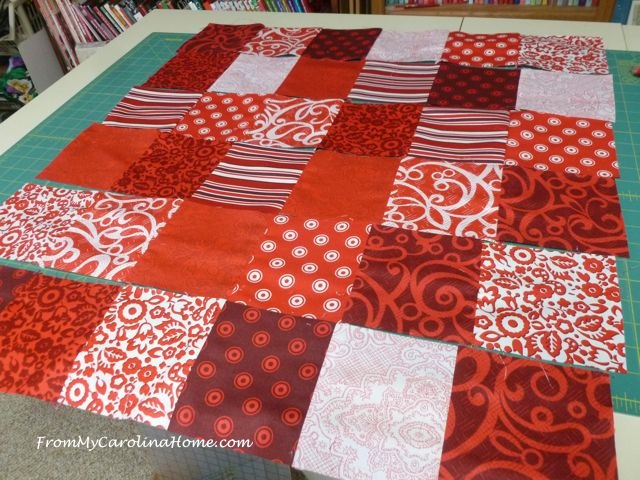 I had this sweet little heart fabric, red hearts on a white background, that went nicely with the squares for a border. 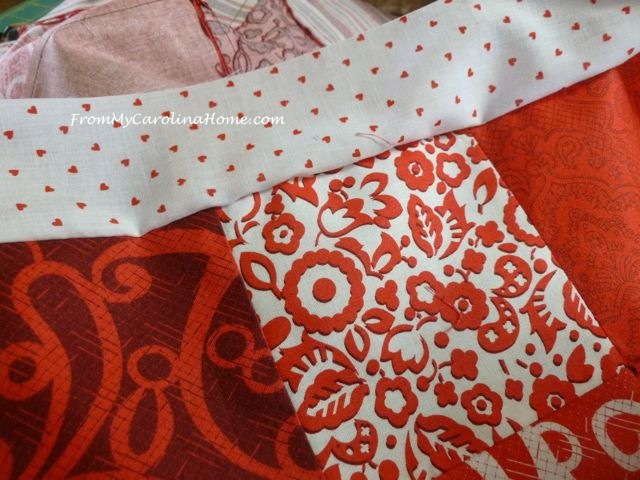 Pressing it flat, I had a flimsy in under an hour. 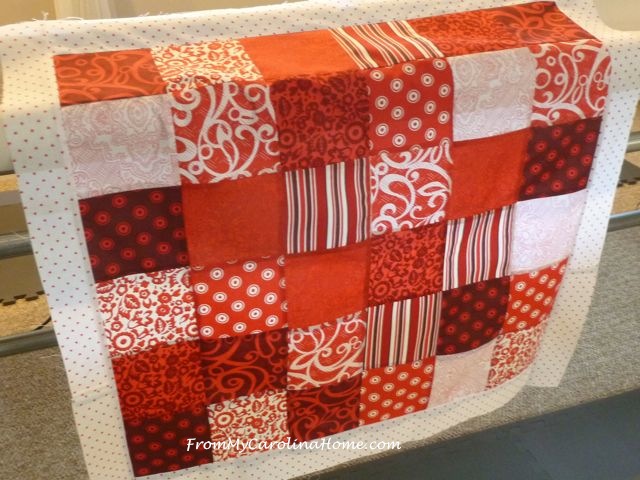 When I unfolded this fabric for the backing, I discovered a border stripe on it of sunflower pots. Cute, isn’t it? I think it will give the backing a bit of extra interest. 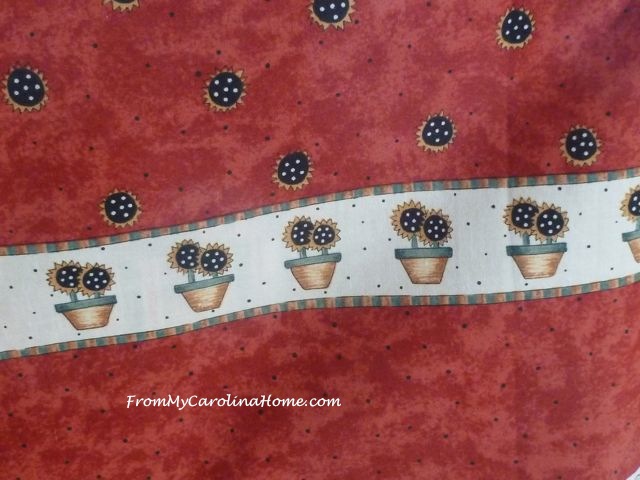 I loaded it up on the longarm for a quick pantograph quilting. 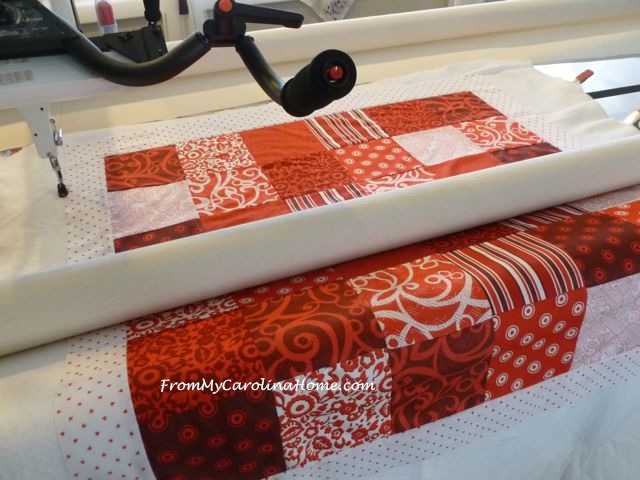 I chose this heart pantograph to echo the hearts in the border. Red fabrics and hearts kind of go together, don’t they! 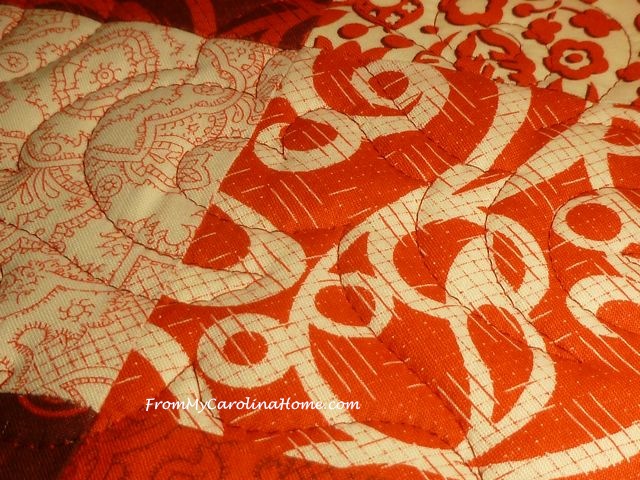 It smoothed out nicely as the quilting continued. 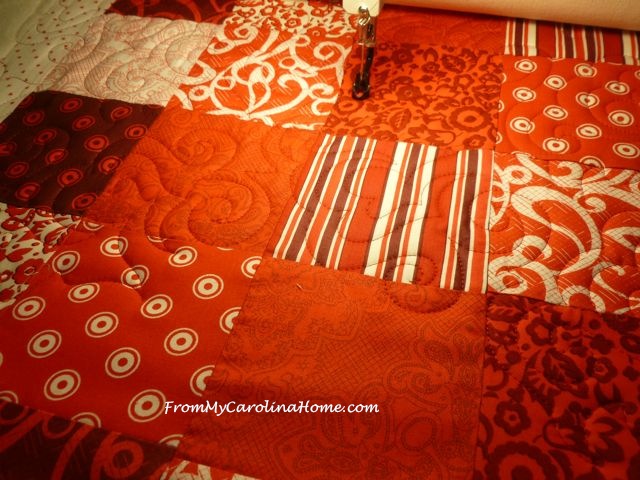 When the quilting was done, I bound it in the same fabric as the backing. 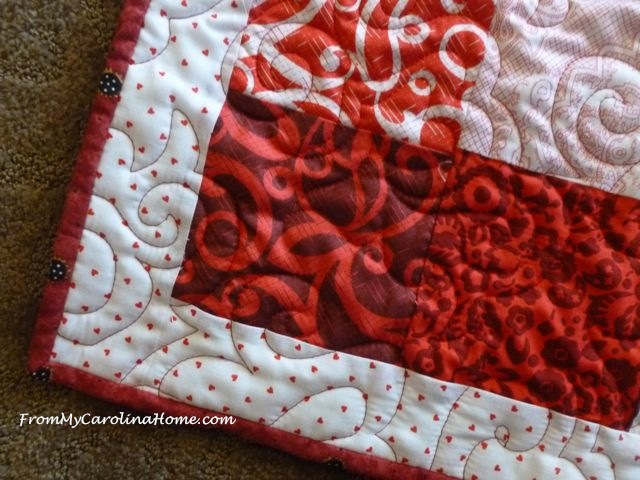 It only took one day to get it from squares to the binding attached on the front, with a bit of time on Sunday for hand whipping the binding to the back. 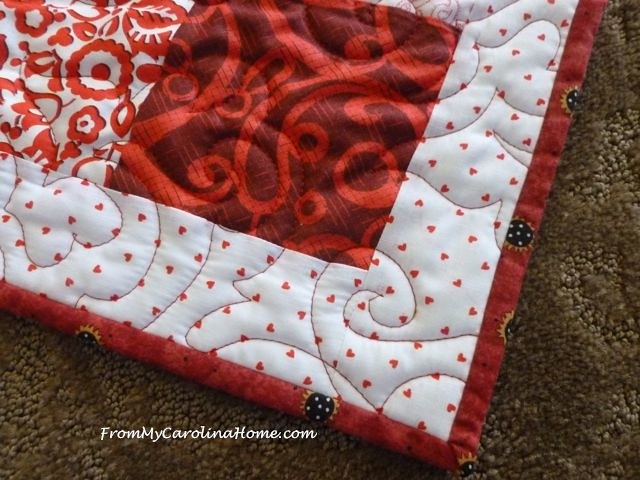 All done, and ready to donate to charity.  It just needs a label, and the ladies at Project Linus will do that. 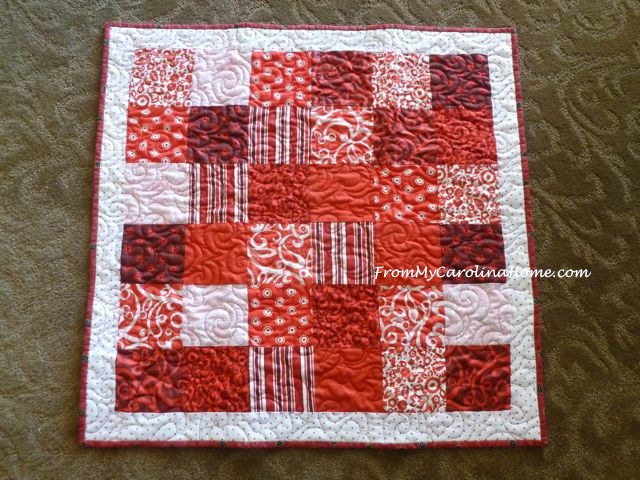 Project Linus is ongoing, and they always need quilts of all sizes.

Are you working on any quick projects this month?

Threading My Way Sewing For Charity