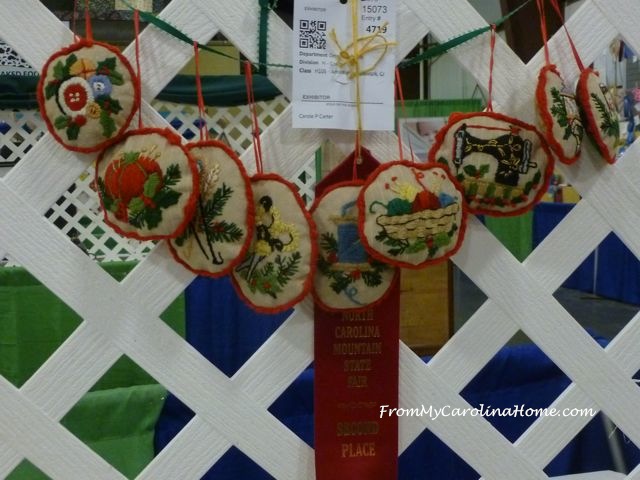 This was baby animals day, and we were lucky to get to the Mooternity Ward mere moments after the birth of this adorable little guy. Mom was busily licking him clean, and he was struggling to stand just a few minutes later. We were told that the little ones usually manage to stand between 30 minutes and 2 hours after birth. 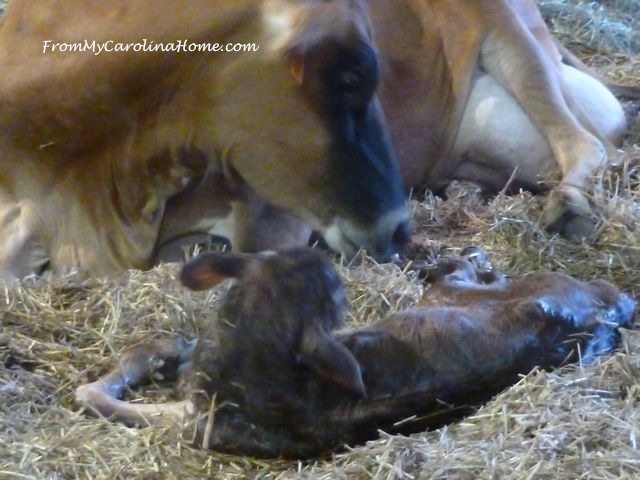 These cute little piglets looked like they had been having fun running around and now exhausted, all piled up asleep together. They are just a couple of weeks old. 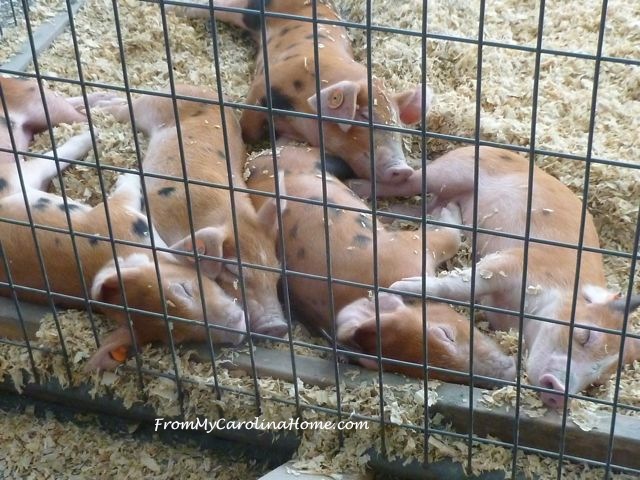 The chicks were hatching in the warming incubator, and you could watch them pecking out of their shells. The color in this picture is red from the lights so I hope you can see this little guy newly emerged from his shell and still wet, blinking hard at the light. 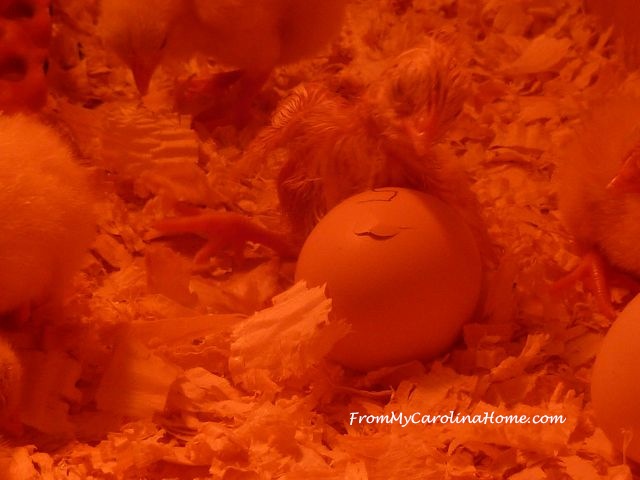 Then when they were up and dry, they were moved over to the larger pen. 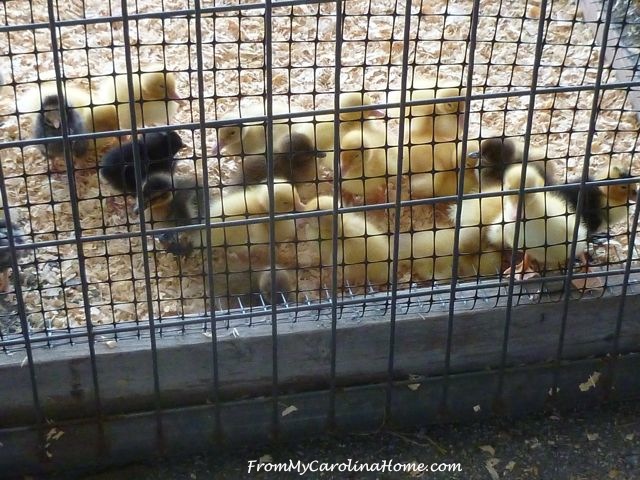 It looked like rain for part of the day, but it was much cooler than it has been so we didn’t mind. These pictures were taken while riding the sky trans, about the only ride I will do there.  This is the best way to take the trip, with the mountains in the distance. 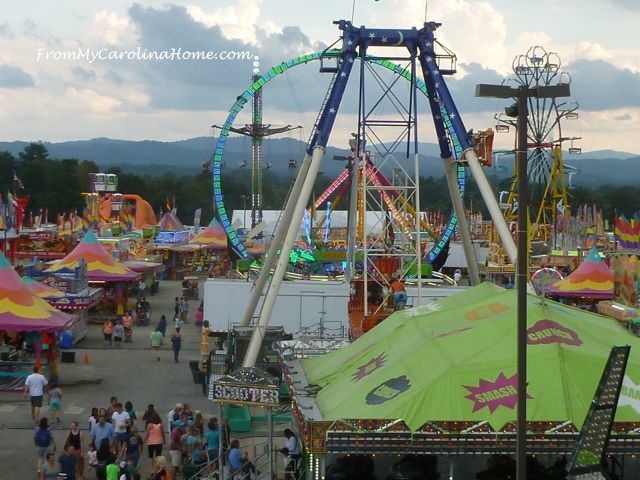 It is such a colorful view! 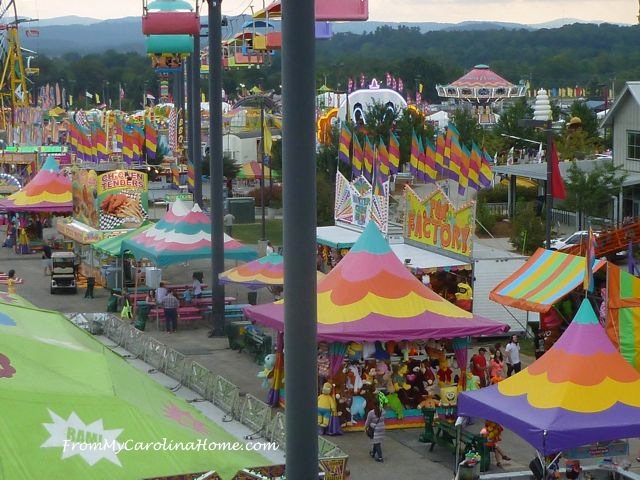 Do you mind if I toot my own horn just a bit more? The Quilted Art Project took a second place in mixed media.  I was really happy as this project took months to complete, just working on it here and there as I found time to sit still over the summer. 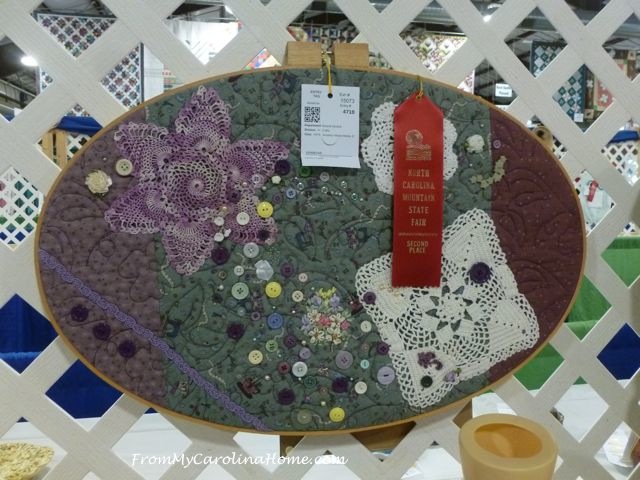 The Christmas Wool Penny rug from the Christmas in July event won a second place ribbon.  Pattern is free HERE. 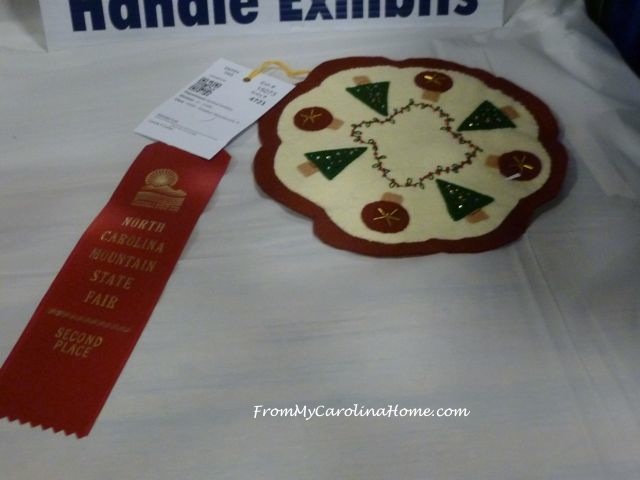 My original pattern the Charleston Bag won a third place. 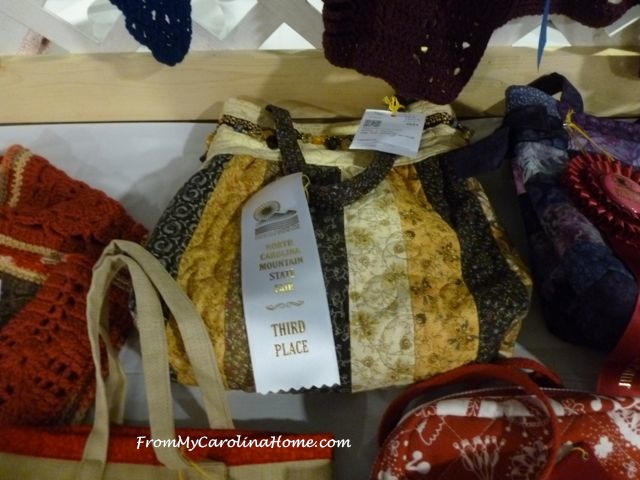 My pin woven purse got a second place. The pattern is free on the Moda Bake Shop site, Pin Woven Jelly Roll Tote. 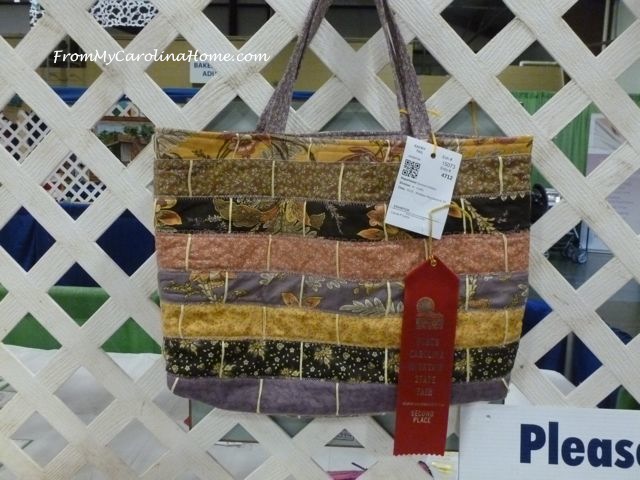 Whew, it was a lot of walking and looking.  We did enjoy a couple of shows, one was an acrobat troupe that was fantastic, and the second trip we saw a magic show.  Yes, I did get a Chicken and Waffle again one day, and the other day had a corn dog.  Fair food is just part of the experience, isn’t it?  If you missed the first post on the fair, see it HERE, with the livestock exhibit and more of my ribbons (toot, toot!).

Do you go to your state fair?

13 thoughts on “More Fun at the NC Mountain State Fair”