Mountain living in winter is usually not the time to see a lot of wildlife, so imagine my surprise in the middle of winter to see this sight in our lower meadow! A sizable flock of robins was stopping by for a visit.  Get ready for a picture heavy post with lots of wildlife. 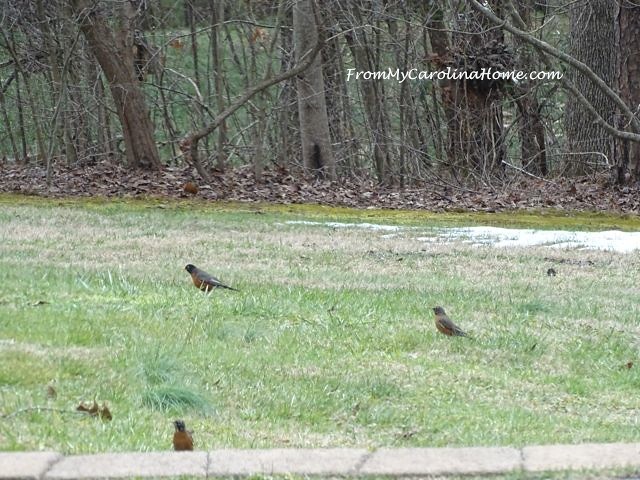 Usually a harbinger of spring, I have never seen this many in winter. 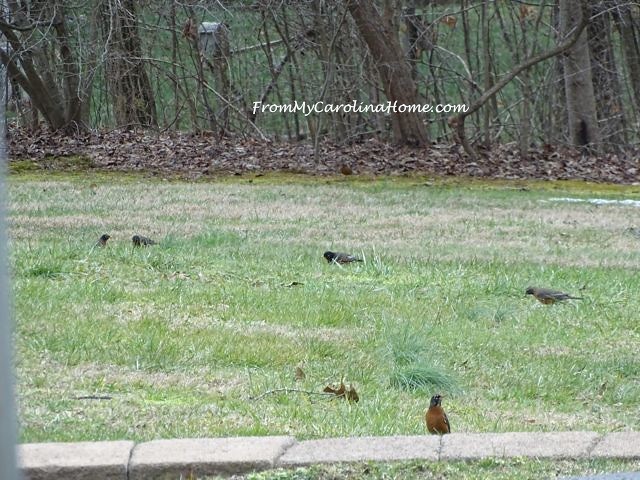 They refused to line up and smile for the camera, but there were at least 16 – 20 of them. 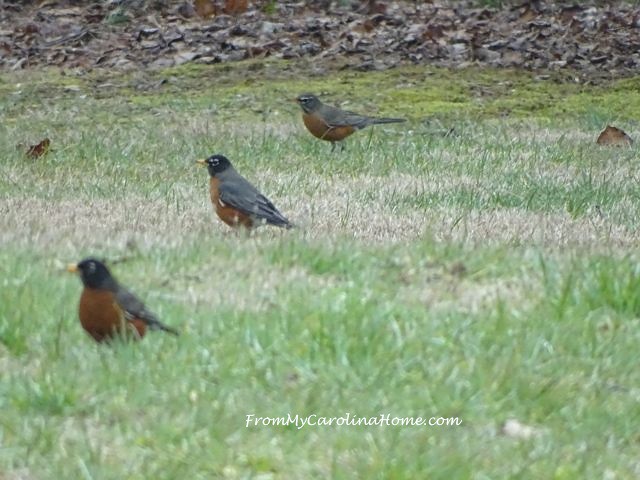 One even pulled a worm out of the ground while I was getting the focus on the camera! 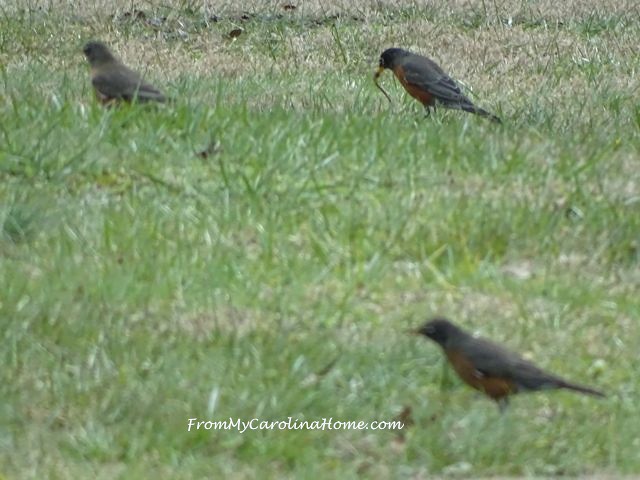 These were taken at the end of January, when there was still a bit of snow yet to melt.  They were back on Saturday and Sunday too, looking for seeds and bugs to eat. 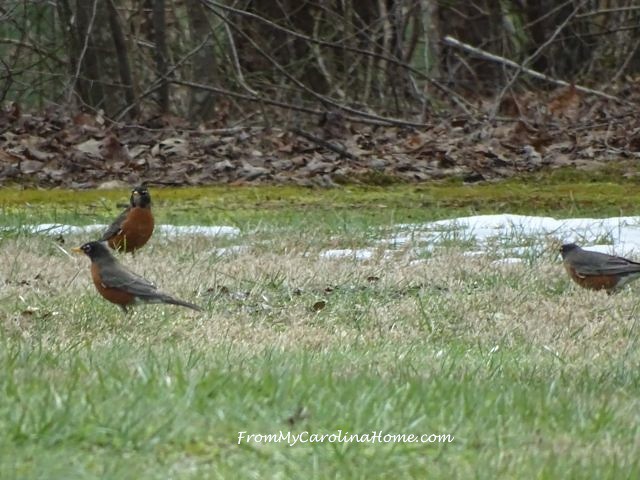 They poked around for quite a while. Most found something to eat while they visited. 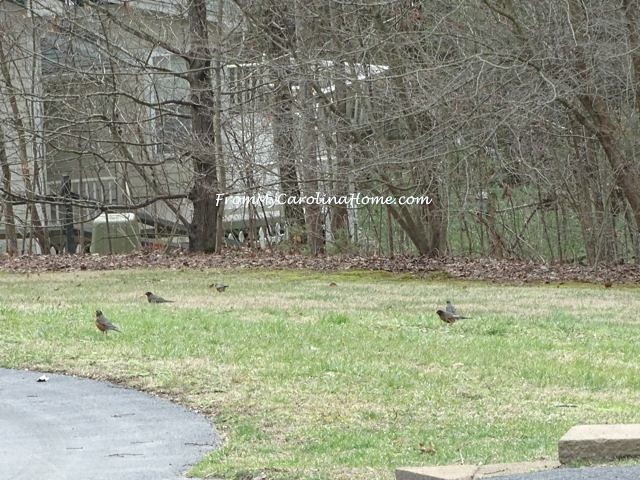 Since the groundhog (also known as a woodchuck) didn’t see his shadow on Groundhog Day, we have been wondering if that with the robins meant truly an early spring.   A couple of days after the official day, I caught our own local groundhog as he scampered across the lower meadow. 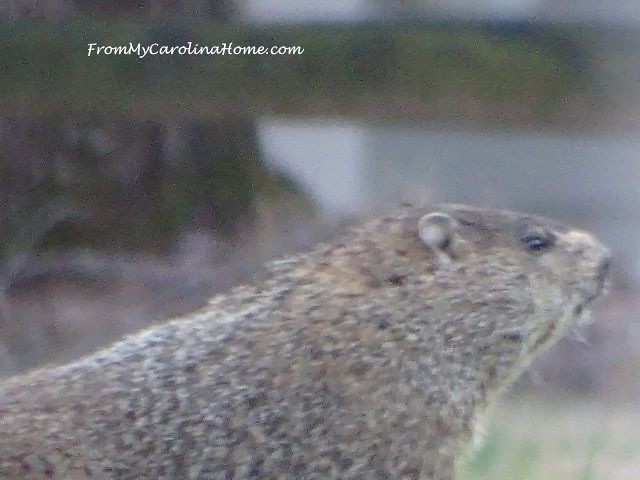 Just before the snow, the deer came by. There were three adults and a juvenile. 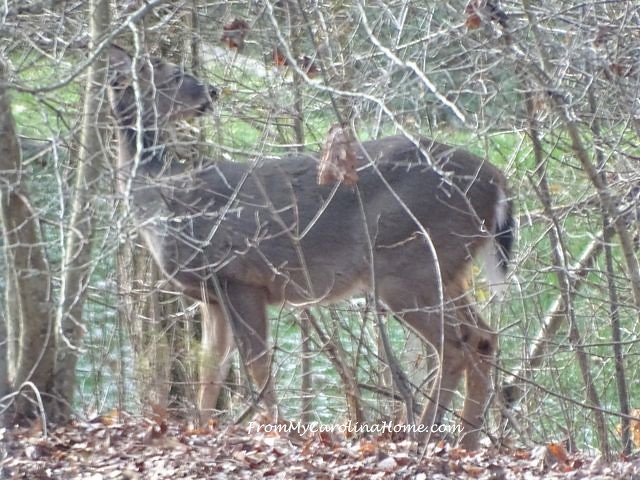 I love my new camera, the zoom lens really gets some good, close shots. 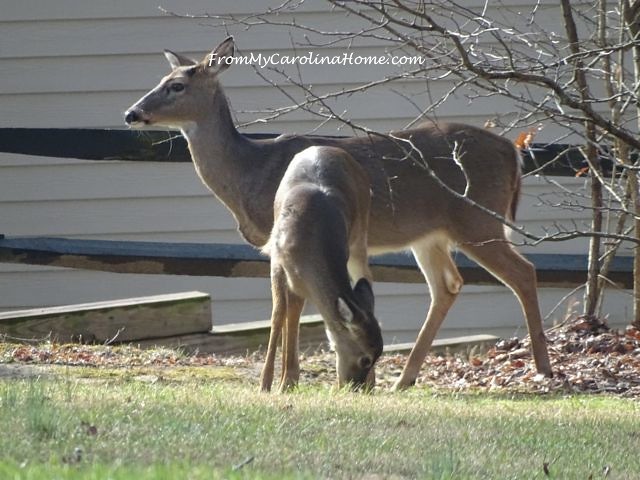 As skittish as these deer are, these are the best shots I have ever been able to take of them.  They were at least 50 yards away from me. 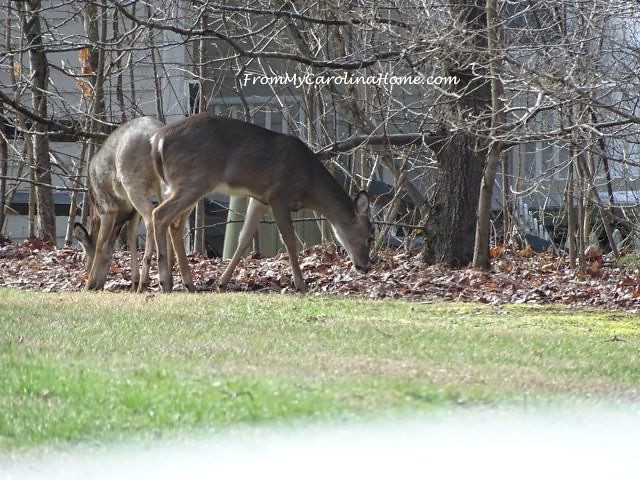 Just this past week, a few Northern Flickers stopped by to get a nibble of seed. 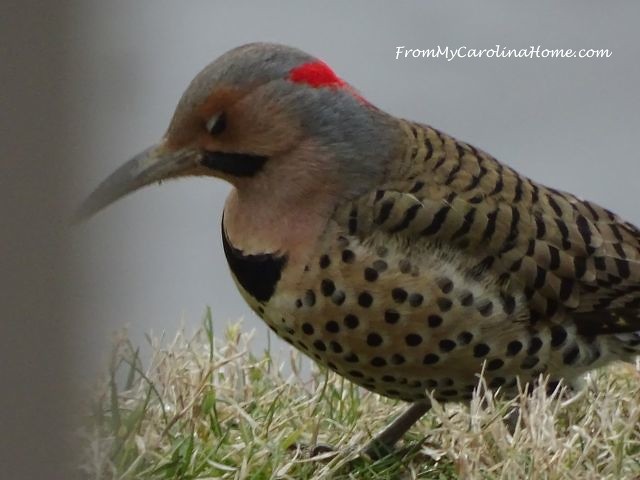 There were four of them visiting this day. 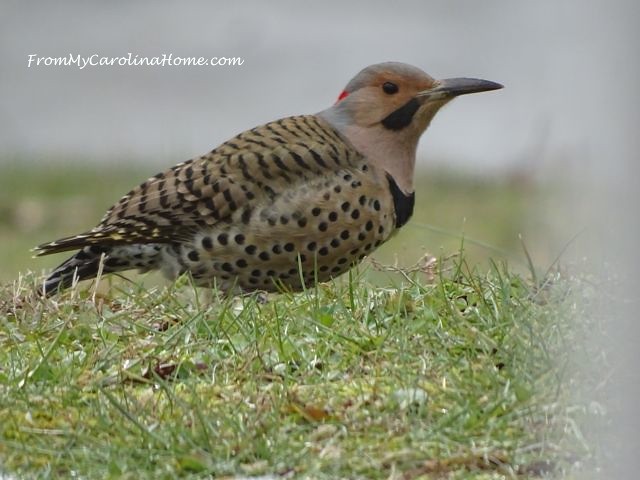 They like to peck in the ground to find food. 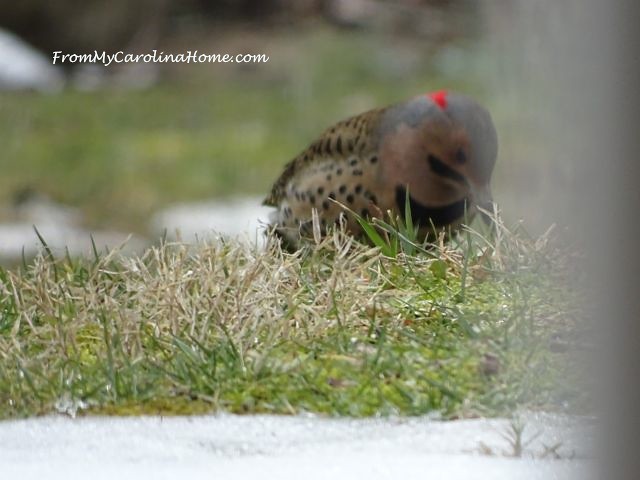 They are really pretty to see, spots and stripes, a bit of red and a bit of black. 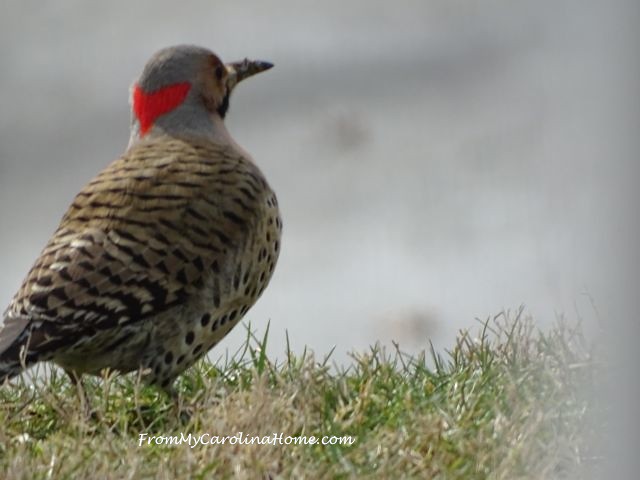 On the gardening front, the amaryllis is making progress. The leaves came up, then just a hint of a flower bud. 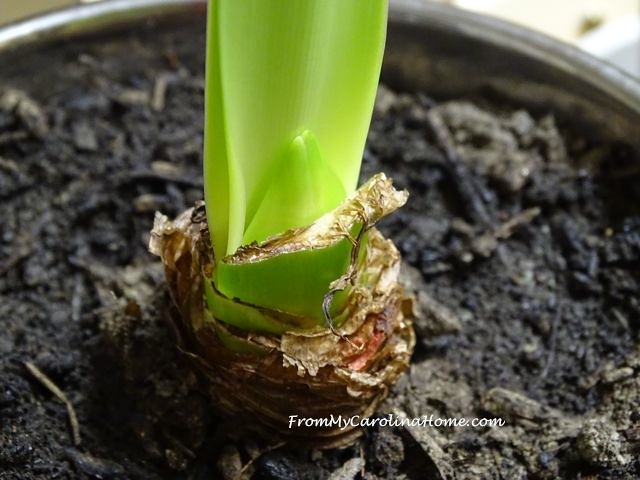 About 10 days later, and the flower is making good progress. I hope it will bloom in March.  It is exciting as this will be the third year that the bulb has produced a bloom.  The flowers are deep red. 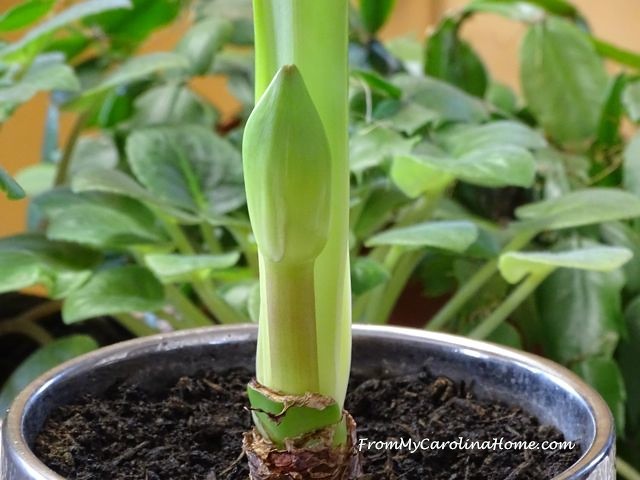 How about you, ready for spring to arrive, or happy with winter a bit longer?