I pulled out the last of the pork roast to make a new leftover pork roast dish that won’t taste like a leftover.  This Asian flavored dish can be a main entree, or used as an appetizer for a larger group.  Here’s what you need. 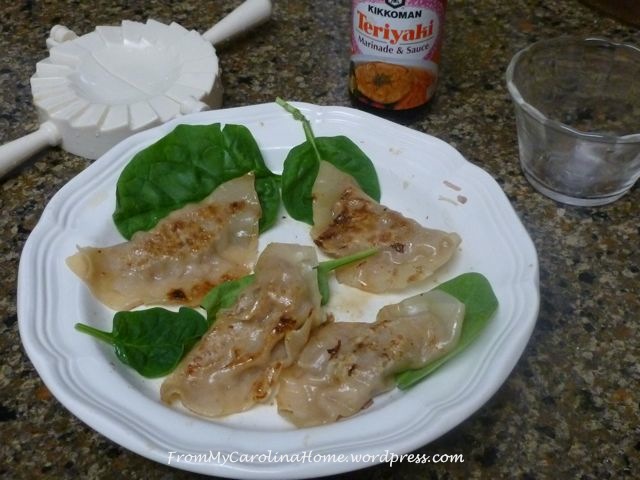 One cup of shredded pork, mixed with green onions and teriyaki sauce. 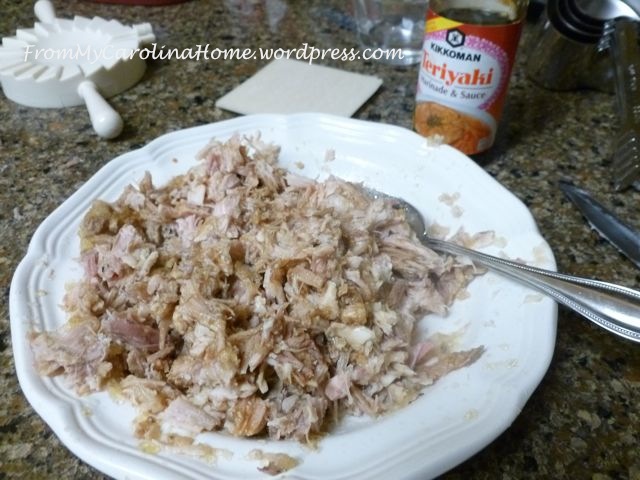 Take a won-ton wrapper and place it on a crimper.  Brush the edge with water. 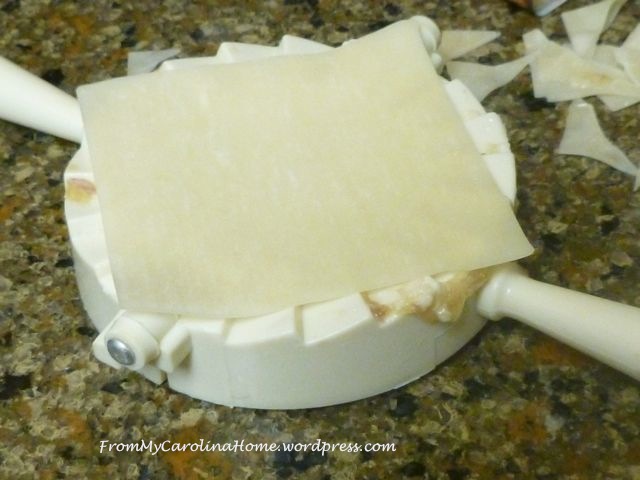 Add a bit more than a teaspoon of filling 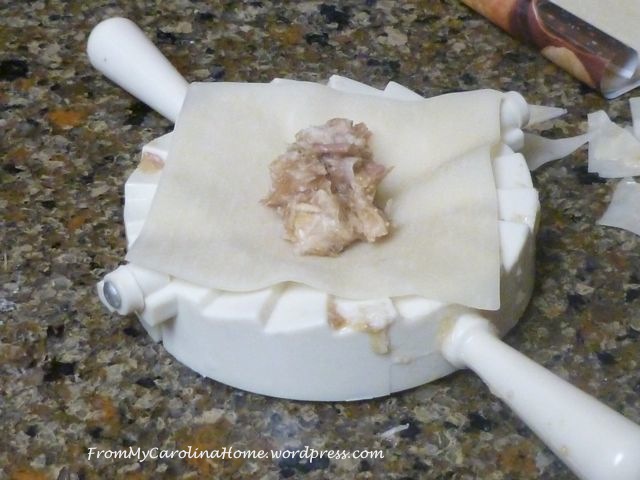 Fold over the crimper and press.  If you don’t have a crimper, just fold them in half, press well with your fingers, then use a fork to crimp the edge. 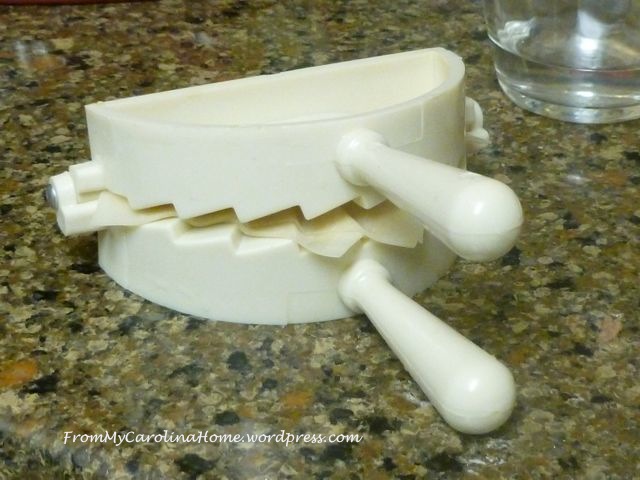 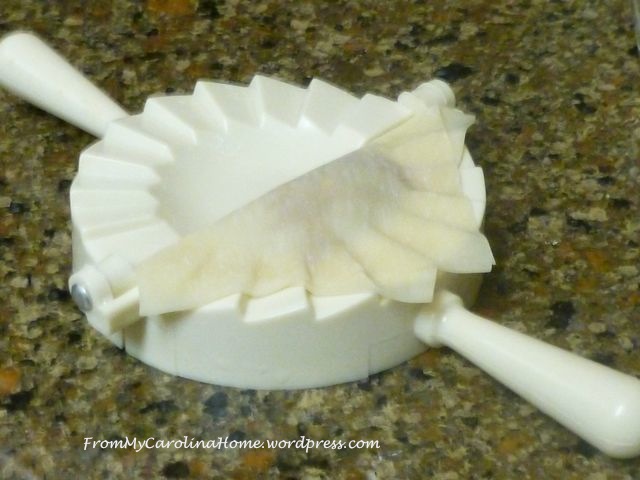 Trim off the points with a pair of kitchen scissors. 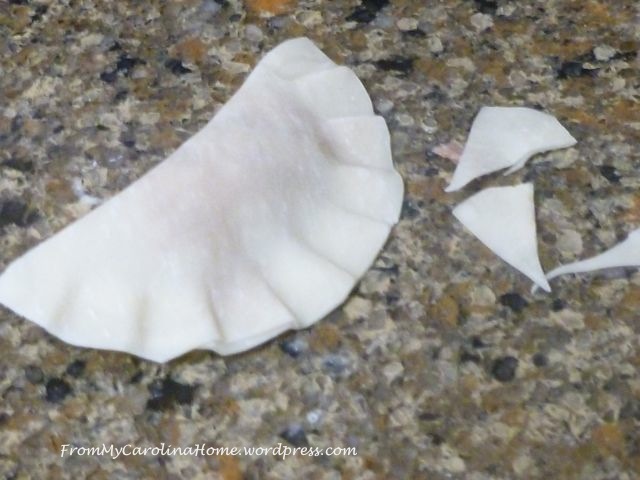 Spray your frying pan with cooking spray, and heat to medium.  Add the pot stickers and allow them to brown on one side. 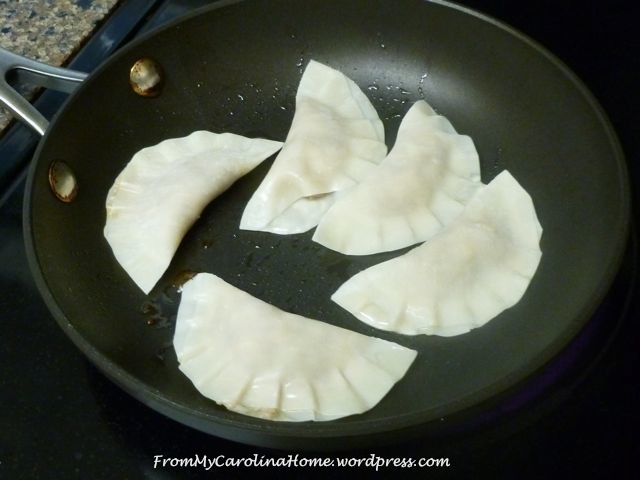 Turn them over and allow to brown briefly. 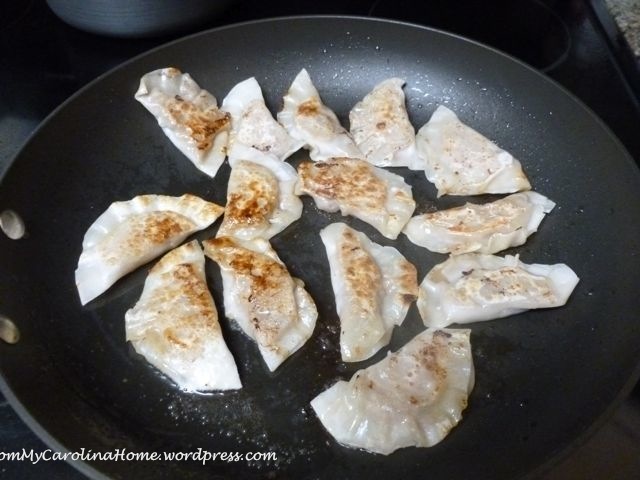 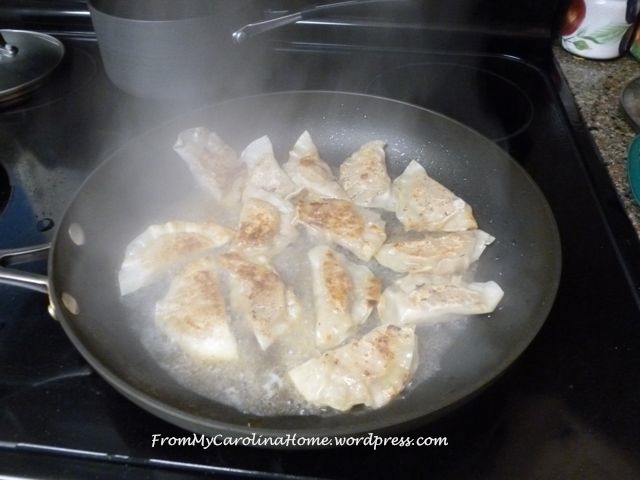 then, cover and steam until done, just a couple of minutes. 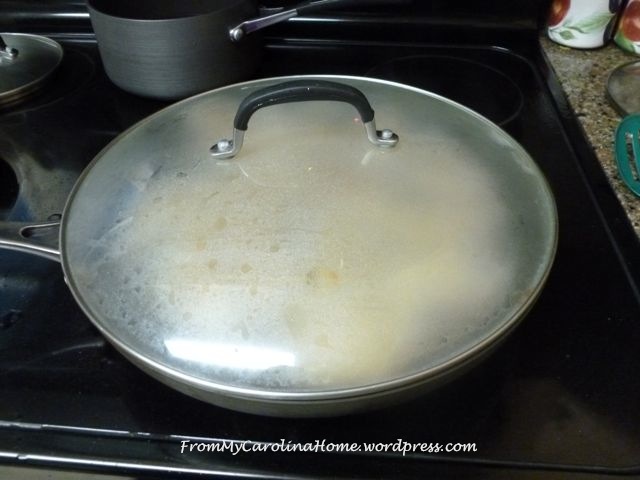 Serve and enjoy with a little more teriyaki sauce on the side for dipping.  Yum! 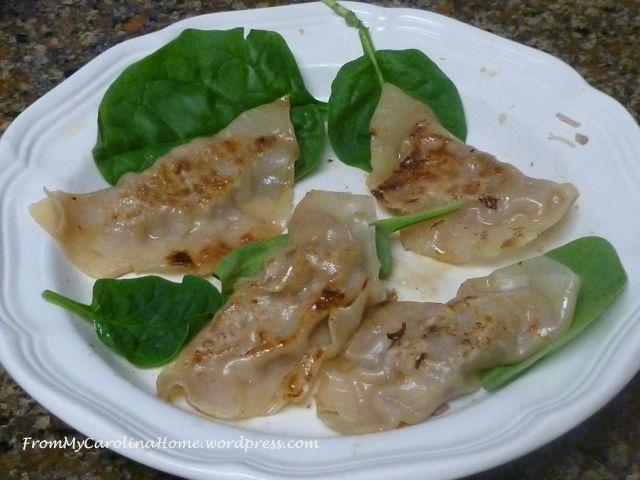 Mix together the pork, green onion and Teriyaki sauce.  Place won-ton wrapper one at a time on a crimper, brush edge with a little water (using your finger), then add a bit more than a teaspoon of filling.  Fold and crimp.  Remove the points with a knife or kitchen shears.  Use a fork to crimp the edges if you do not have a crimper.  Spray your pan with no-stick spray, add the pot stickers and allow to brown on one side.  Turn them over, and allow to brown on second side.  Then add three to four tablespoons of water, cover and steam until done, two to three minutes.

We have now made 5 different meals from one crock pot cooked pork roast. See the recipe page at the top for more recipes and the series on the pork roast.