As much as I have enjoyed binge watching some shows lately, I’ve run out of scripted shows that are capturing my interest.  This past week we watched a couple of music documentaries that have been very interesting on Netflix.  The documentary on Quincy Jones was pretty good, and gave an amazing portrait of his 70 year career in music across many different genres.  There is also a great show on Clive Davis, the extraordinary record producer who discovered and nurtured some of the most amazing talent of the 70s and beyond.  The documentary on the Eagles was outstanding, but I don’t think Netflix has it anymore.  We recently saw Echo In The Canyon, a wonderful historical look at the music of the 60s, the artists who lived and worked in the Laural Canyon area in California.  Here’s the trailer for that one, with a look at the star studded and amazing musicians, hosted and co-written by Jakob Dylan, son of Bob Dylan.

Then, we were on a hunt for some additional music to add to our collection of live performance DVDs.  We like having these playing when we have parties at our house in the winter.  My Sweet Babboo wanted the longer live version of Sultans of Swing, but it isn’t available on DVD.  So, down the rabbit hole of youtube we went, LOL!!  We found this entire concert from 1988 we can play through our Roku, and run the audio through the speakers.  We both think Mark Knopfler is one of the best guitarists ever. Eric Clapton was a part of this concert, brought in to replace one of the Dire Straights band members who couldn’t make the concert. Clapton is such a generous performer who does charity concerts regularly with amazing artists.  This concert was a multiple day event to honor Nelson Mandela, and advocate for his release from prison.

Of course, any discussion of music would have to include my all time favorite group, Moody Blues. We have several DVDs of live performances including  the one from the Isle of Wight is amazing.  It is hard to believe the genius songwriting talent in these guys when they were really still just kids.

Our Moody Blues collection includes three DVDs years apart in performance dates. The Isle of Wight Festival DVD from 1970 features the music from the Threshold of a Dream album. The  Live at Red Rocks concert from 1992 had the Colorado Symphony Orchestra accompanying the band.  Lovely to See You Live from the Greek Theater in 2006 contains hits from decades of performances. 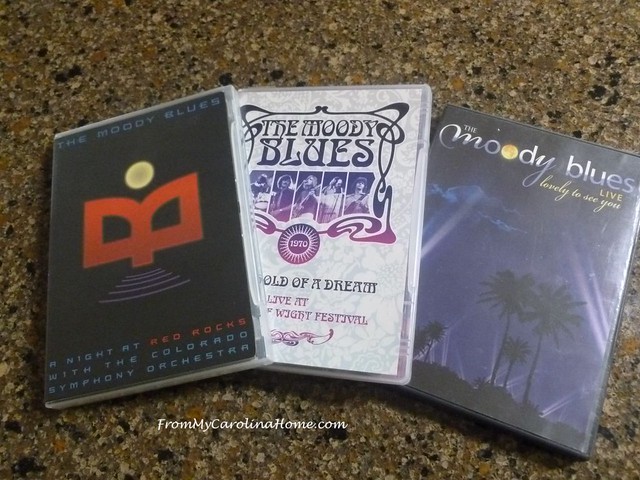 I enjoy many different genres of music, including some classical.  However, in the rock genre, I do tend to gravitate most to the music of the 60s and 70s, like most in my age group, with more artists to mention than I have room for on a post.  I like some of Harry Connick Jr and Michael Buble’s jazz,  and I love Josh Groban’s voice.  I wanted to get Josh’s live concert with Herbie Hancock on DVD, but it isn’t available.  But I did find the song I liked on youtube.  I would have bought the DVD just for this video of his hit Machine with Hancock doing a section in the middle, different and longer than the studio album. Fantastic.  Gives me goose bumps.

The series that Rod Stewart did called Great American Songbook is pretty good, and I am a fan of Maroon 5 from the modern era.  Sitting on the veranda, it is nice to listen to smooth vocals like Enya, her sister’s group Clannad, Nora Jones and Natalie Merchant.  This song, Life is Sweet, is from her Ophelia album.

We have a couple of DVDs of amazing artists playing together.  These two are both awesome. Roy Orbison’s Black and White Night, and Eric Clapton and Friends Live Concert, the first of what would become the Crossroads series featuring more amazing artists each year. 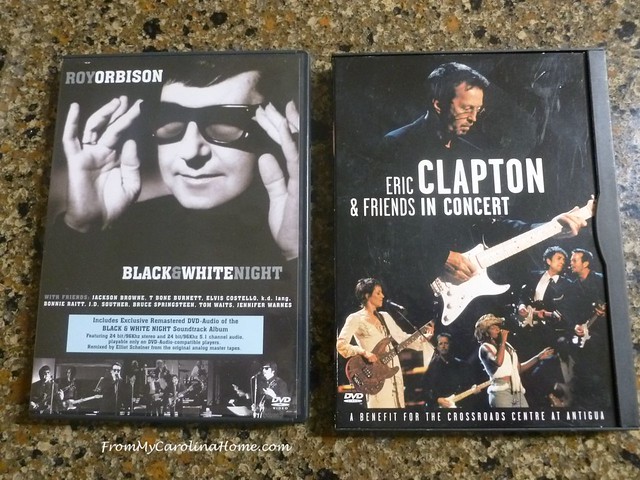 Then Music for Montserrat, another amazing array of incredible musicians doing a benefit concert for charity. 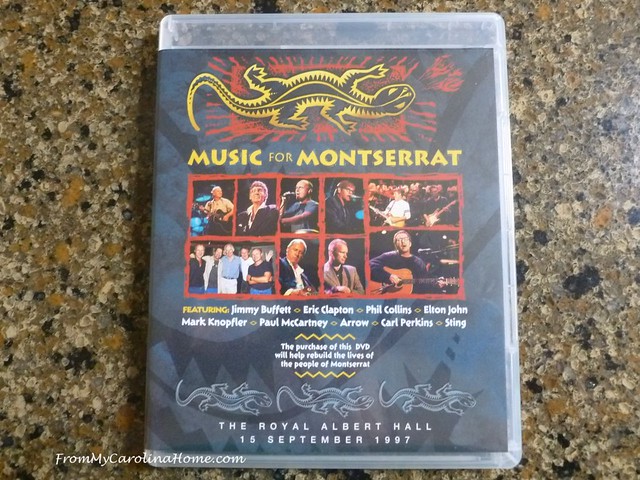 I think I listen to New Age more than any other genre.  I like Mannheim Steamroller (Fresh Aire series particularly), Acoustic Alchemy, John Jarvis, John Tesh, and Enya along with many of the Windham Hill artists, including George Winston, Jim Brickman and Liz Story.  One of my favorite new age artists, the group ‘2002’ is an incredibly talented husband and wife and daughter team.  They overlay their own voices multiple times on a track to give the effect of a choir.  Amazing guitar, base, keyboards, flute, percussion, harp and more combine in an ethereal way that is calming and restoring.  Changes in key and easy melodies are hallmarks of their sound.  I found them only a few years ago with a used cd at the local library sale.  It was Sacred Well, (or Sacred Well on Amazon’s Music Unlimited) a compilation of their previous work.  This audio CD track of the track Stardust will give you a good idea of their music.  It is one of my favorites.

What is your favorite music genre?  Do you like concert DVDs?  Have you heard of 2002? Any recommendations for other new age artists I might not know?

Amazon has a 3 month free trial on their Music Unlimited service.

24 thoughts on “Going Down a Rabbit Hole of Music”