Last weekend, our car club decided it couldn’t wait another week to get the cars out for a drive, in spite of the chilly morning.  The idea was to drive around the apple orchards, but it was too early for blooms.  Still, the excuse was good, so we gathered at a local parking lot to drive out to Lake Lure for lunch. 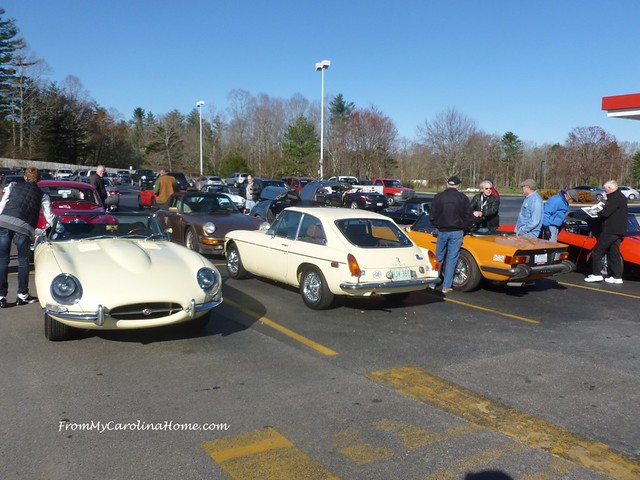 We brought our Mini, on the left, parking next to Terry’s Tiger. 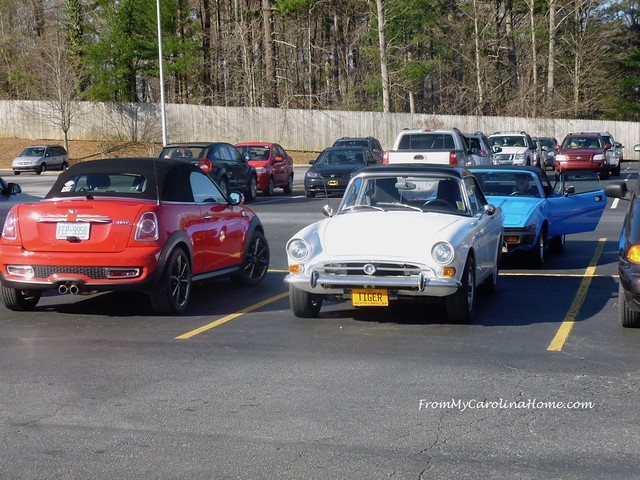 Lots of members had cabin fever, apparently, as 19 cars showed up for the drive. 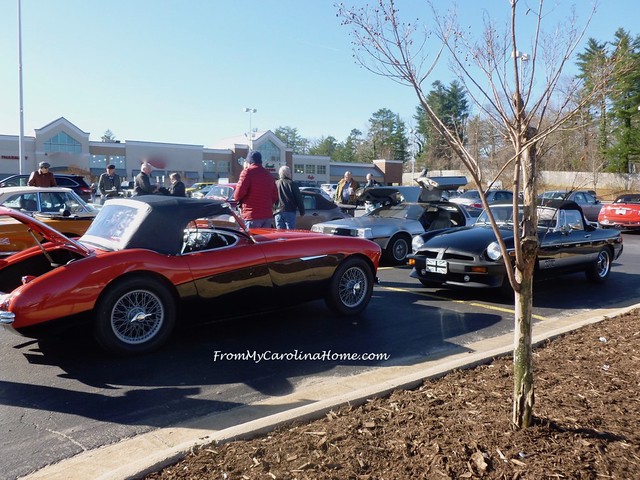 We set off east, along one of the many back roads.  It was my turn to drive, so DH took the pictures today. 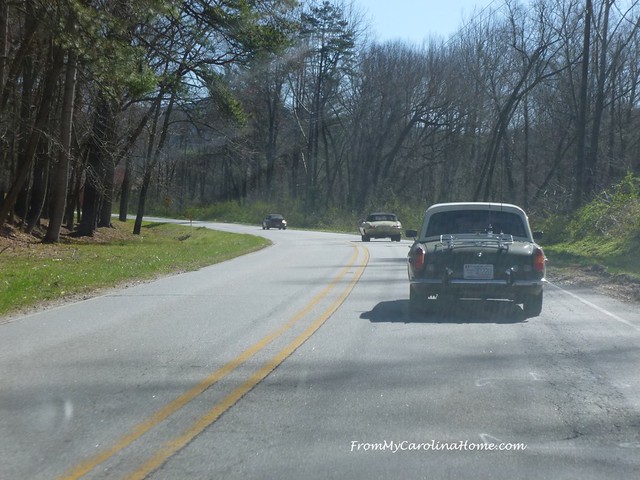 The rust color in the trees on the left are flowers of the maple trees. 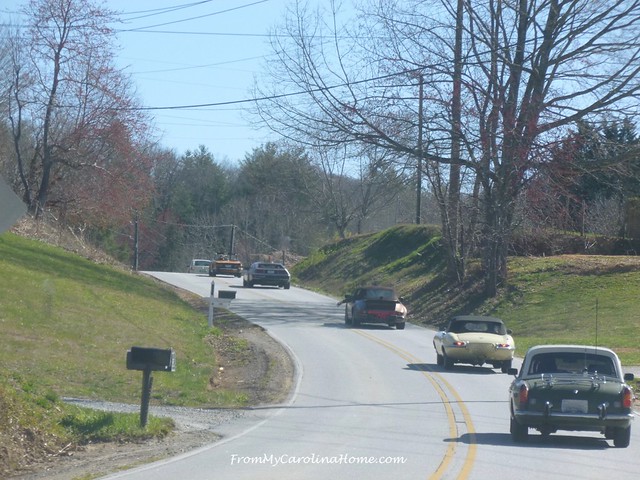 Not much was blooming yet as we wound our way around the curves. 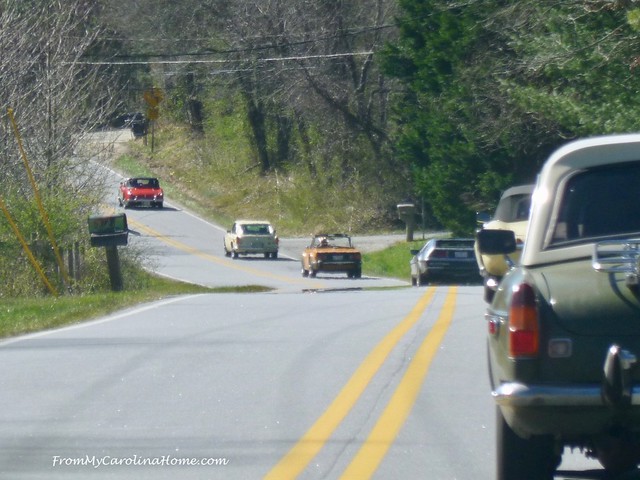 Pastures are green, and in the distance, a row of pear trees are blooming. 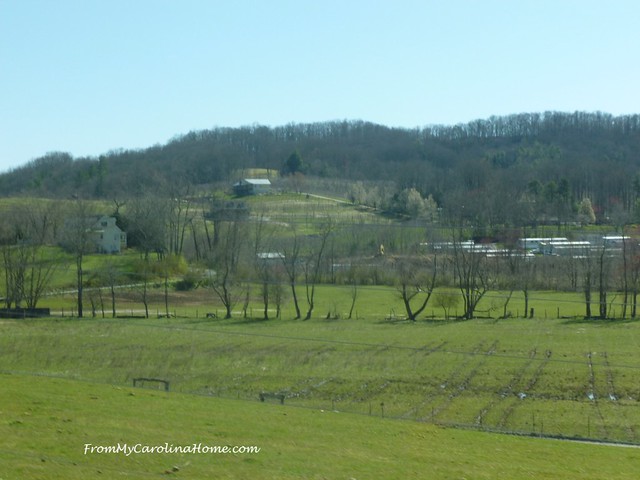 A few more pear trees and a weeping cherry was in bloom, with a few maples too. 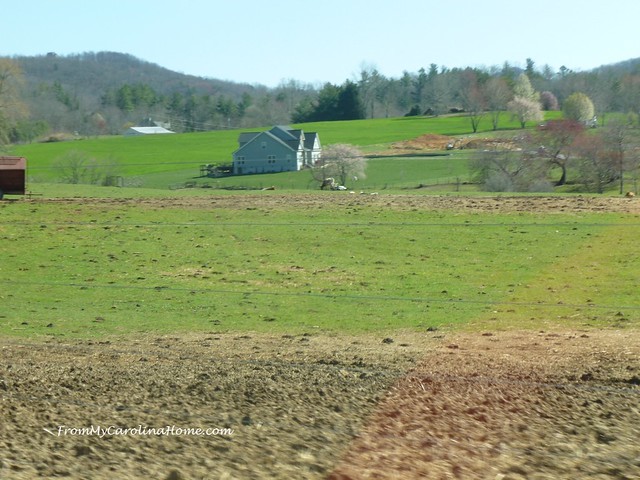 Leaving the pastures, we angled up through the southern part of the Black Mountains, then catching the road through Chimney Rock to Lake Lure. 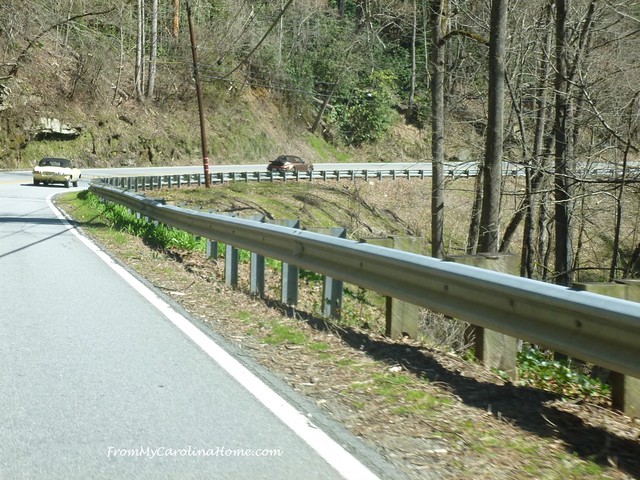 Parking high on a hill, you can see the lake below surrounded by mountains. 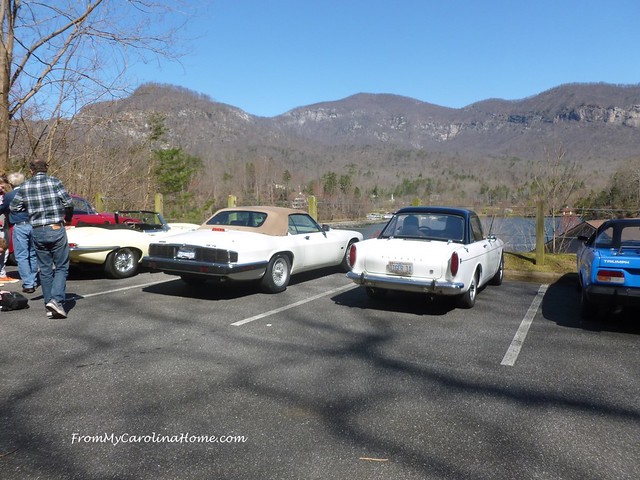 The restaurant was La Strada, a nice sandwich and pizza place. 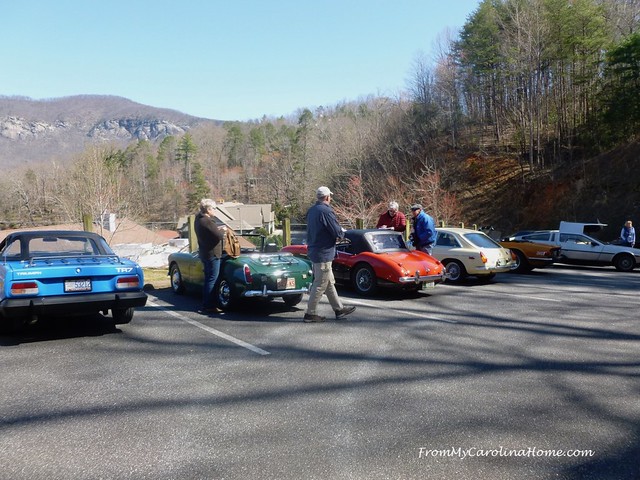 A nice day for a drive, but I’ll be happy when it gets just a bit warmer.  Still, it was fun to get out for the day, see some friends and have a nice meal. 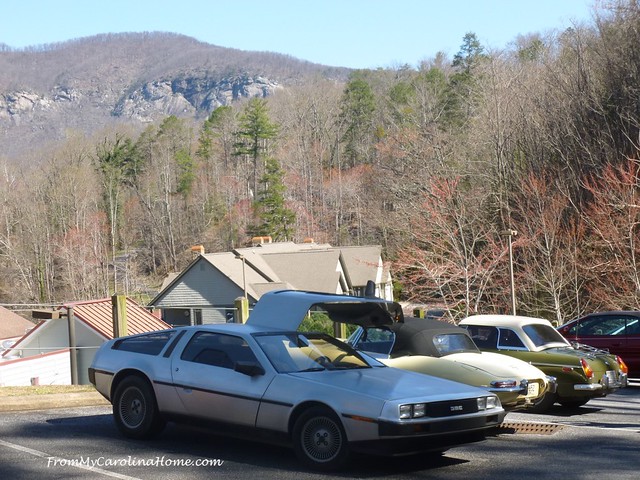 After lunch, everyone was on their own to get home, so we came back by Chimney Rock road.  It will take a few more weeks for the trees to green up. 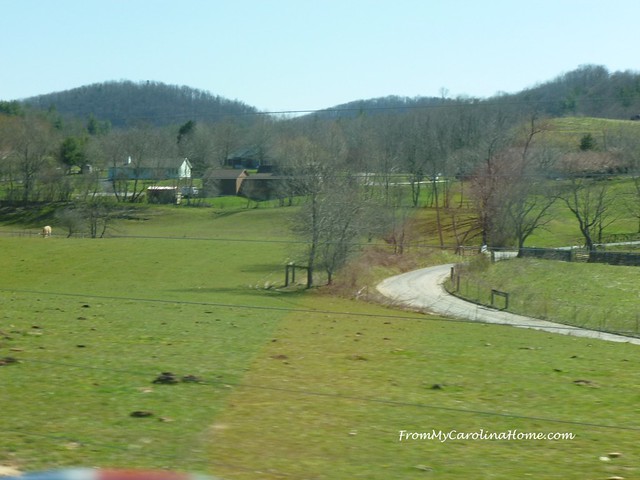 Have you had any outings lately?  Do you have cabin fever from staying inside this long winter?

The science behind the connection between exercise and creativity isn’t clear, but some scientists believe that exercise-induced brain changes might improve the imagination, possibly by stimulating the growth of new brain cells in the hippocampus.  See the article on Bluprint – How Working Out Leads to Creativity (Really!) Watch fitness classes at myBluprint.com

14 thoughts on “Cruisin’ on a Spring Day”