The long winter has been great for reading, with rainy afternoons sometimes spent curled up with a good book. After a few bad ones on my last book review post, I was lucky to have a winning streak of novels, most I can recommend.  Two of them even got 5 stars which is an unusual thing for me.  Amazon links are provided if you want to research the books, read the plot synopsis or order one. 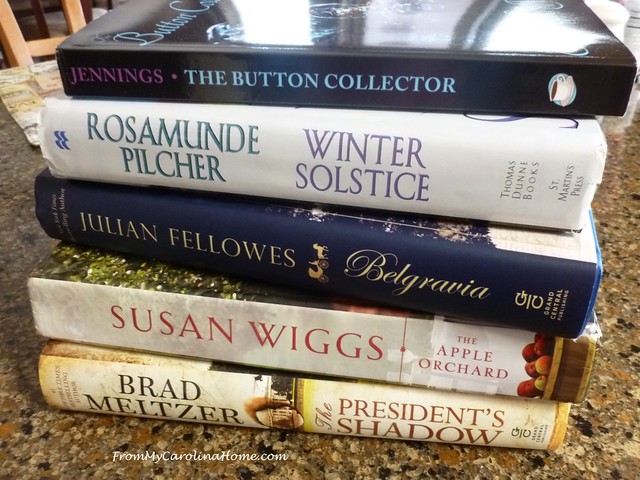 The Apple Orchard by Susan Wiggs
Beautifully written story of workaholic Tess who suddenly discovers she is the beneficiary of a will from a grandfather she never met. She is drawn to go to the hospital to see him, as he lays unconscious in a coma. While in the small town where he tends to a financially failing apple orchard, Tess meets the half-sister she didn’t know she had. In taking a break from her whirlwind life, Tess discovers the importance of family and love in a way she never knew she needed. This was a keeper, and I’ll be looking for more from this author.

Belgravia by Julian Fellows
Set in the early 1800s, this is a wonderful story of lies and misunderstandings among the cream of British aristocracy. Julian Fellows is a fabulous writer, and if you like Downton Abby, you’ll love this story with its juicy secrets, opulent settings, and just plain fun. 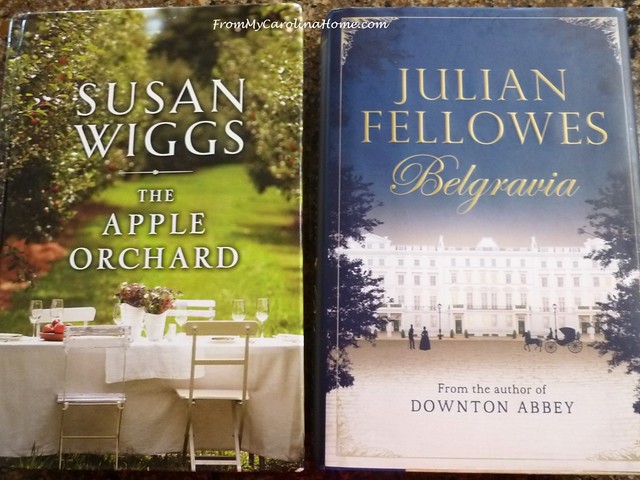 The President’s Shadow by Brad Meltzer
I picked this one up at a book sale not realizing it was part of a series, The Culper Ring series. The book does fine as a stand alone, even if some of the history has to be picked up from references by the main character.  There is little to threaten the President, mostly it is two shadow organizations fighting each other, with ‘planted’ evidence (pun intended) kicking off a cat and mouse game. I found the gore and violence too much for my taste, so I won’t be reading any more by this author.  But if you don’t mind that, it is a passable mystery, but not really as good as it could have been. 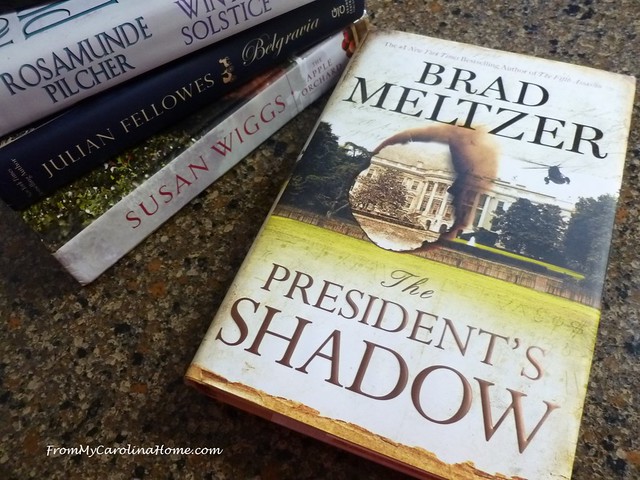 The Button Collector by Elizabeth Jennings
This is a beautifully written book of memories. Caroline inherits a jar of buttons, and as each button is drawn from the jar remembers in a vignette from her life, the dress that button came from, the blouse her cousin wore, the trials and triumphs and tragedies of a lifetime. Through those short stories of memories, the reader is given a picture of a family love and loss, and coming to terms with the past. Highly recommend, easy reading of short chapters, but difficult to put down. You may never look at buttons the same way again. 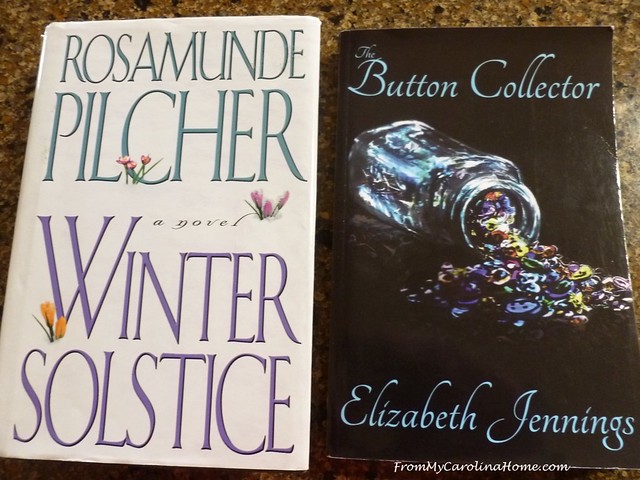 Winter Solstice by Rosamunde Pilcher
This is a truly heartwarming story, with the time of year as a metaphor for the lives of the people involved. The Winter Solstice, the darkest day of the year, mirrors the tragedy of the primary characters, and as the days slowly progress to Christmas, a time of joy and renewal, the characters find a new way forward. It is a rare book these days that gets five stars from me, and there are a couple of quibbles with this one – like the description of a 62 year old as elderly, certainly not!! Some of the plot developments are a bit predictable, but there are a few twists where things do not go as they might have which makes the story a bit more realistic. No spoilers here.   Thanks to Carol for the recommendation comment on last month’s book review post.  Turns out I did have it on the shelf.  Add this one to your reading list, especially to read in December.  Highly recommend!!

Mightier Than the Sword (The Clifton Chronicles, #5) by Jeffrey Archer
Fifth volume in the never-ending Clifton Chronicles, this one has all the complexity and intrigue one comes to expect from Jeffrey Archer. The story is growing a bit tedious by now, as the continuing feud between the main characters seems to be battle after battle with no one winning the war. It is irritating that every novel ends with a cliffhanger, just as the resolution of the current conflict is near, and you have to go to the next novel to get the end of that story. So, only three stars, which would have been four if the resolution had been in this book and not the next. 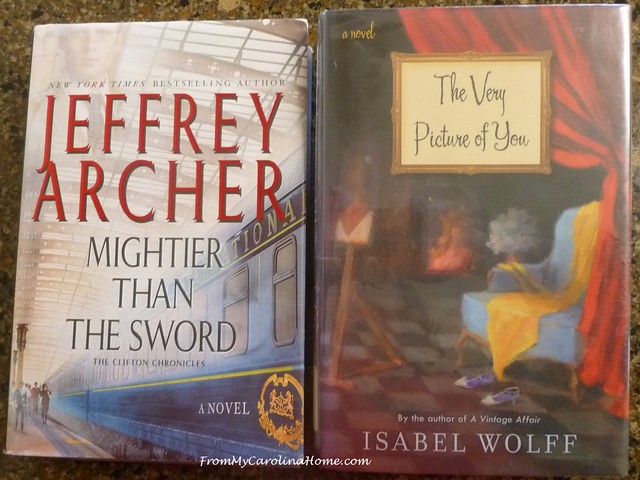 The Very Picture of You by Isabel Wolff
Five star book reviews from me are usually few and far between, but this one deserved it and to find two in one month was pretty great. The story is well developed, and richly characterized. Although I could guess the big secret quite easily, I understood why the main character, Ella, didn’t see what was right in front of her. We often have blinders on when it comes to people we love, our parents particularly, and believe the narrative that they want us to believe when we are children. Those beliefs follow us well into adulthood and are difficult to change. So it is with Ella, as she comes to realize a truth about her own life as she listens to the stories of her subjects while painting their portraits. I enjoyed this story, finding it very hard to put down, even with the predictable ending. It was a charming read, and a keeper to read again.

What have you read lately that you can recommend?

Are you into audio books?  Give a Gift of Audible from Amazon, available in 1, 3, 6 and 12-month membership options.  I put this link on my sidebar so you can find it later, too.  Super idea for the graduate or a birthday treat.

19 thoughts on “March Review of Books”