Labor Day weekend marks the start of a three week period that is a super fun time of year for me.  Beginning on Friday with a visit to the Apple Festival, this is the kickoff of the fall season, even though the temperature is still hot (at least by our standards). 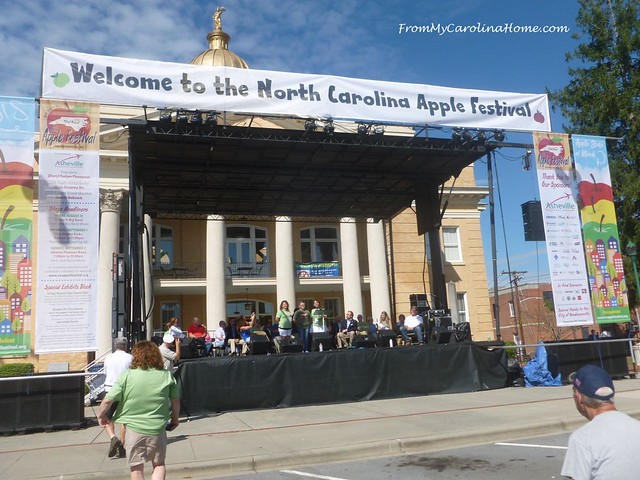 This year we went early on Friday to see the opening ceremonies, see the color guard, and hear the Mayor’s welcome. 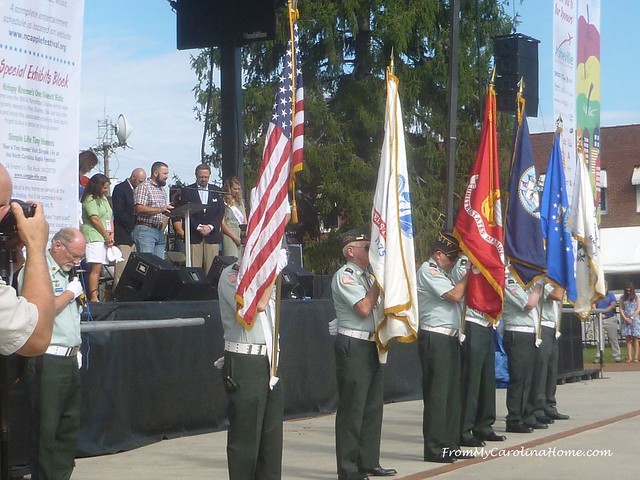 Six blocks of our small town downtown are closed off, and set up with crafters and food vendors.  We wander among the tents browsing all the offerings. 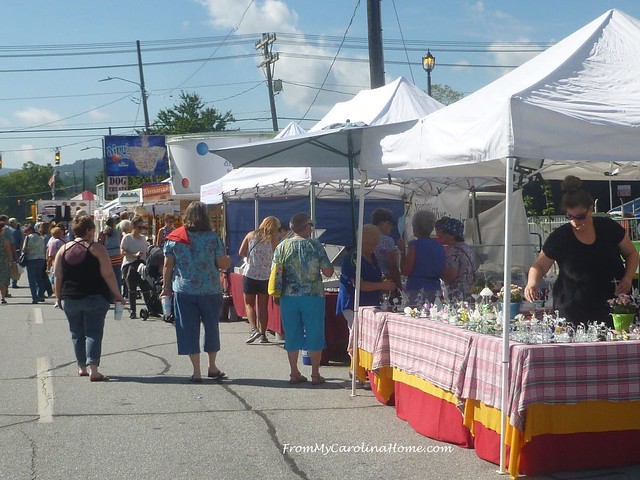 The Apple Festival has a new logo every year. 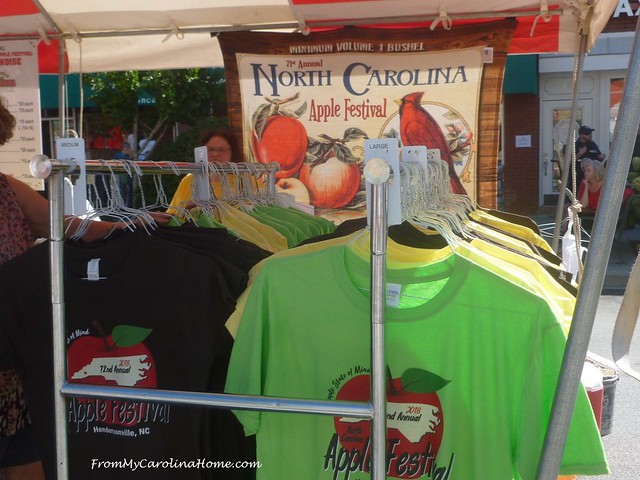 It is North Carolina after all, where Mayberry still is alive at every small town festival. Our neighbor to the north, Mount Airy, is the birthplace of Andy Griffith Show and the inspiration for his show. I have seen more than one Barney Fife impersonators over the years too.  This guy was fairly funny and had Thelma Lou with him. 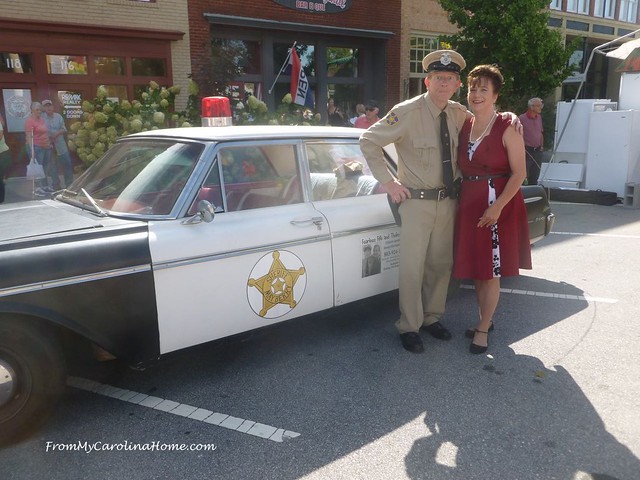 Over at the Fireman’s booth, a very large air filled costume covered a firefighter who danced in the street attracting a lot of attention.  I cannot imagine how hot he must have been, but he moved to the beat of the music, looking like he was having a ball. 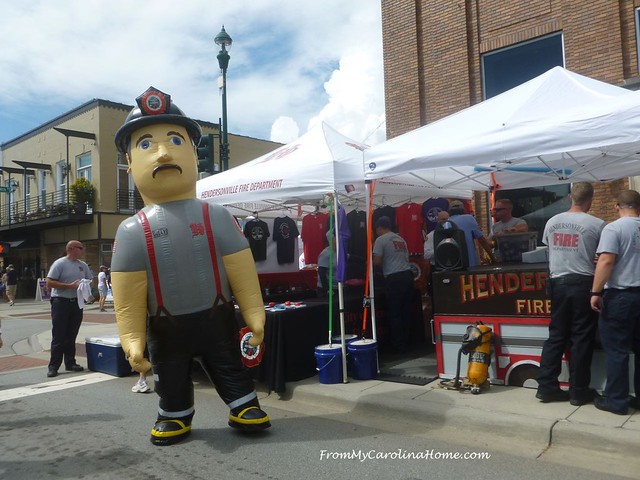 The NC Cooperative Extension sponsors a booth to teach festival goers about the different varieties of apples.  They also sponsor the cooking contests at the fair. 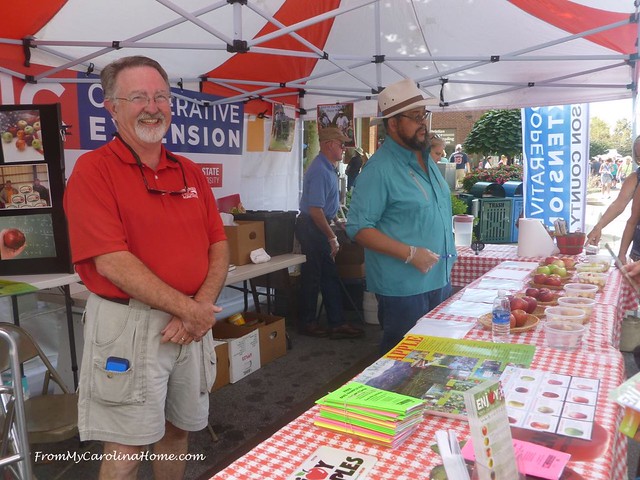 I love the way the stores along the street decorate their windows with apple themes. 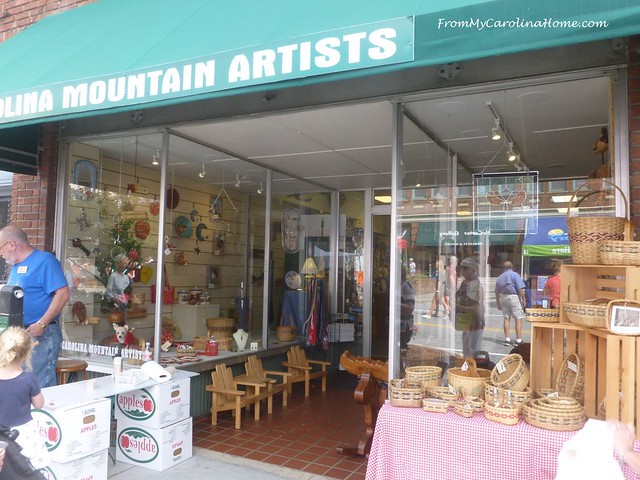 Of course, Kilwins (a local institution) had a window full of caramel apples. 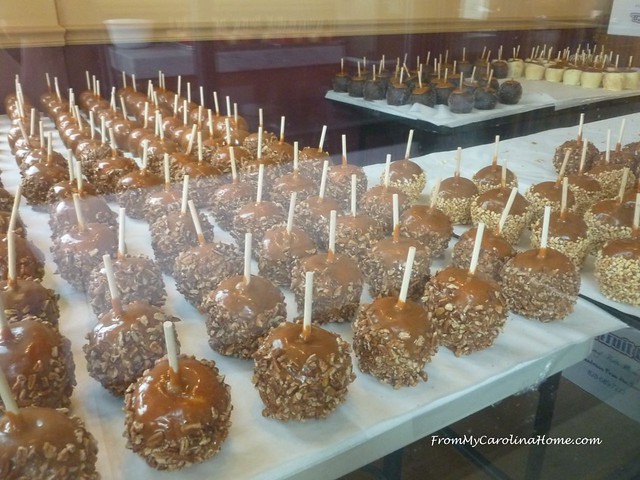 In a window, a red kitchen mixer has apple slices, and those caramel ones are decorative. 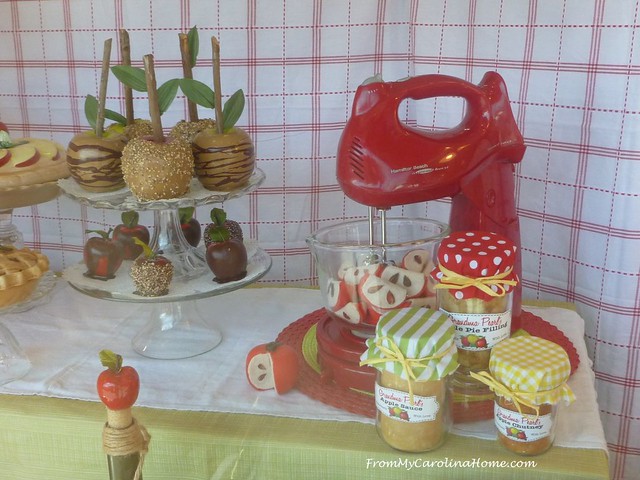 It was a full window of red apples in the kitchen at the downtown thrift store. 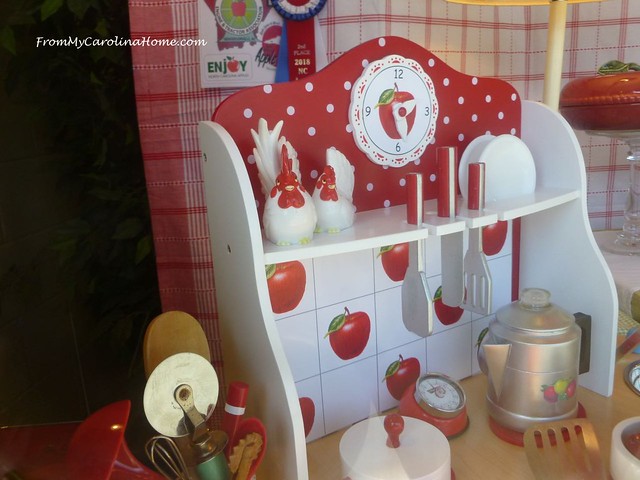 Old books and prints were part of the display too. 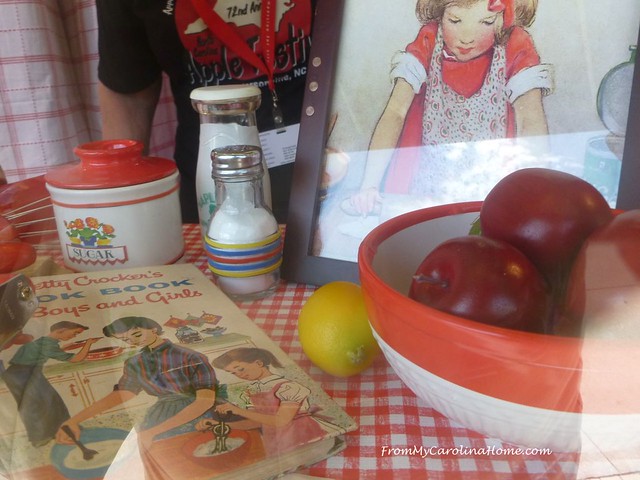 Another shop had a bicycle with an apple basket, plus lots more apples in the window display. 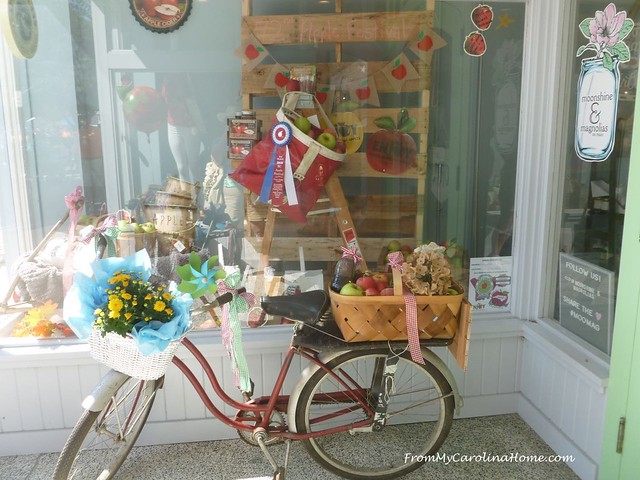 On Saturday we participated with our car club in the Laurel Park Car Show, part of the Apple Festival festivities.  This was a nice day too, with lots of shade under the trees in the parking lot. 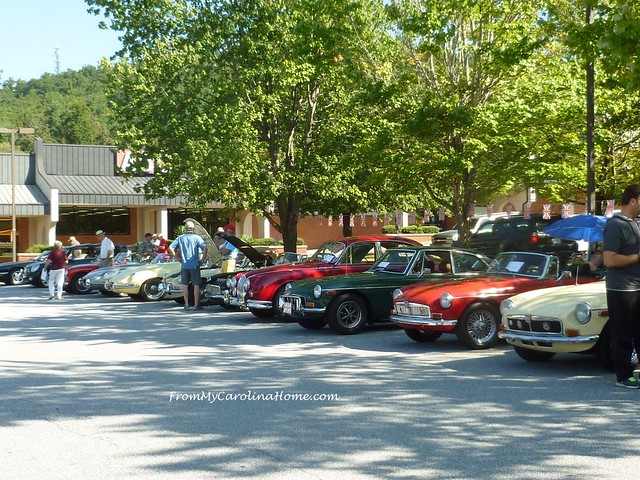 There is also a small quilt show and craft fair this weekend held by a local church quilting group, but I didn’t enter a quilt in it this year. Add to that bands and shows at the main stage all weekend, a gem and mineral show, pancake and apple breakfasts each day to benefit charities, tours of the Heritage Museum, and it is a busy weekend!  The weekend festivities ended on Monday afternoon with the King Apple Parade.  This is such a small town thing, and I love it. I’ll show you scenes of the parade tomorrow.  How was your Labor Day Weekend?