While watching a stamping video last weekend, a phrase caught my attention about mixing prints. The class was fantastic and very inspiring, so I went to the stamping workbench to see what I could do. One tip she gave that really rings true was to mix the scale of prints if you are using more than one patterned paper. This is exactly what we do as quilters to mix prints. Also, we use prints from the same line with colors that match often, so we won’t have to think too hard about it. So, with those points in mind, I pulled a pad of papers and picked out a large print, a stripe, and a small print. 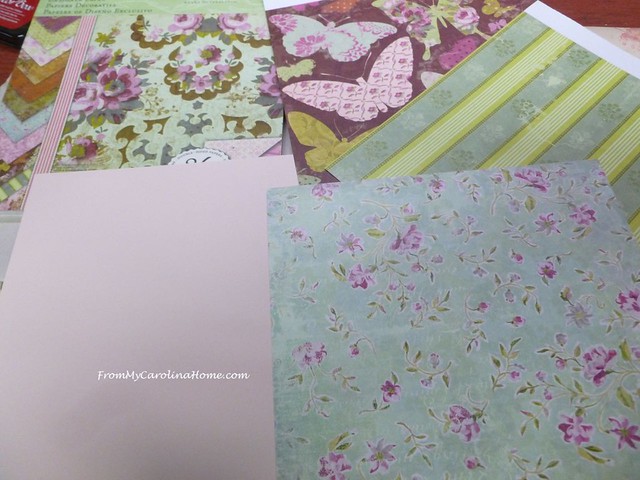 One way to add dimension is with die cuts, so I decided to try that for the first time.   I pulled two more colors that coordinated with the papers from the pack. It took several tries to get the folders thick enough to actually have the die cut the paper, and when it did, it also punched through the folder. I tried the next set with extra paper behind, and couldn’t get the die to work.  I asked my friend Gail (Stampin’ Up demonstrator and exceptional card designer) what I was doing wrong, and she told me the embosser I have isn’t meant for dies.  So, one set will have to do. 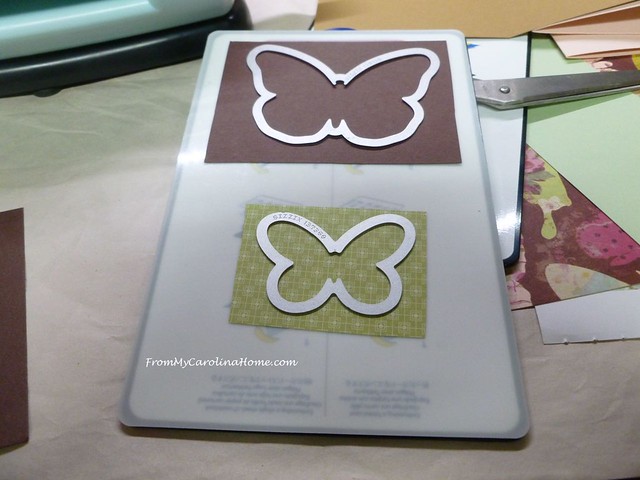 Two prints are put on the card, and the pink butterfly washi tape will be used as a border between the two. 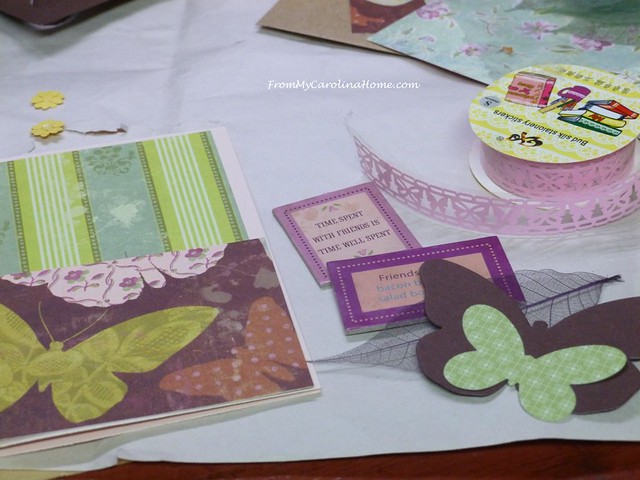 I added a dark purple leaf, then the butterflies one on top of the other with dimensional dots to lift them off the paper.  The sentiment is chipboard, so it also has dimension. 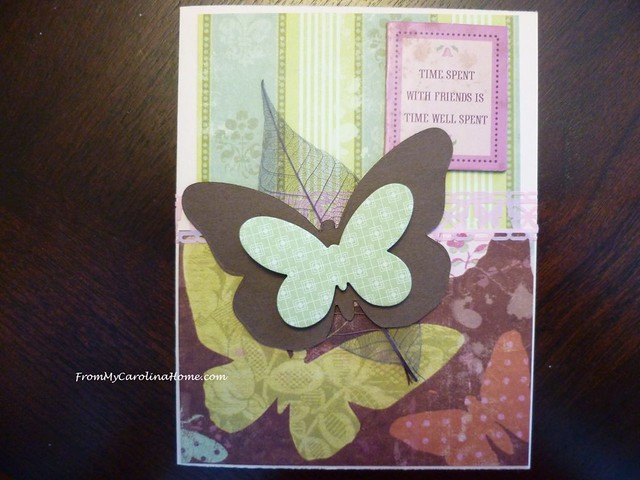 For the second card, I chose the same large print, and the smallest print, and a butterfly embossed panel on plain pale green cardstock. 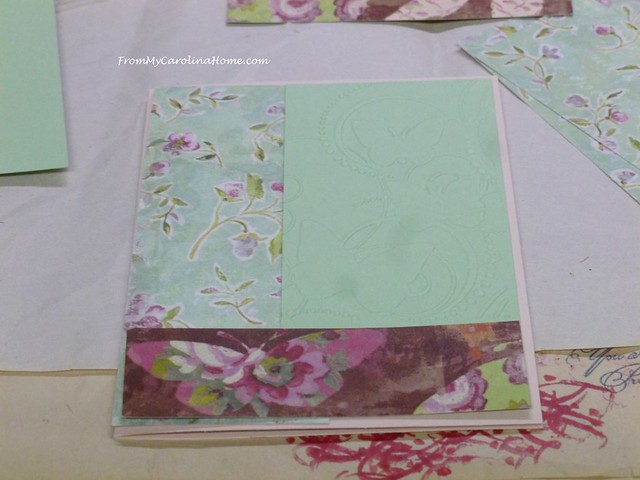 At the intersection of the top green papers, I put two dimensional leaves, with a stamped sentiment over it, using my oval scallop punch.  The little chipboard butterfly at the bottom, put on with dimensional dot stickies completed the look. 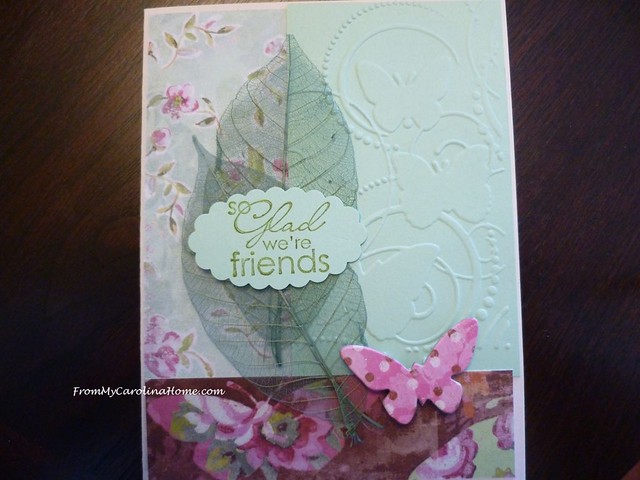 Inside both cards are the sentiment of thanks, with a butterfly. 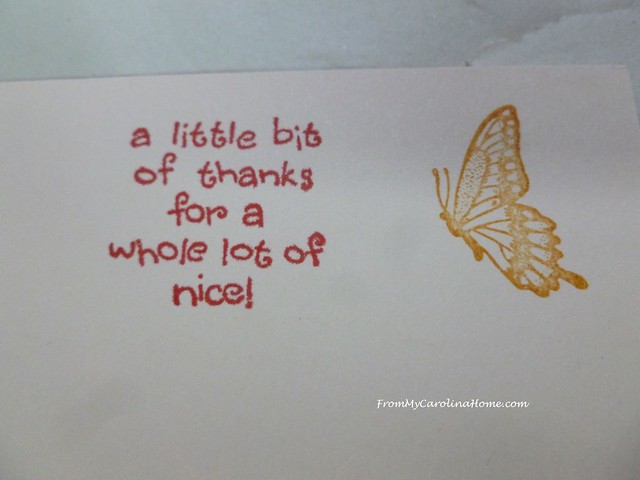 Here are the finished cards, both going to friends.  Honestly, I think these are the best cards I have ever made.  The coordinated papers and the lesson on adding dimension were key. 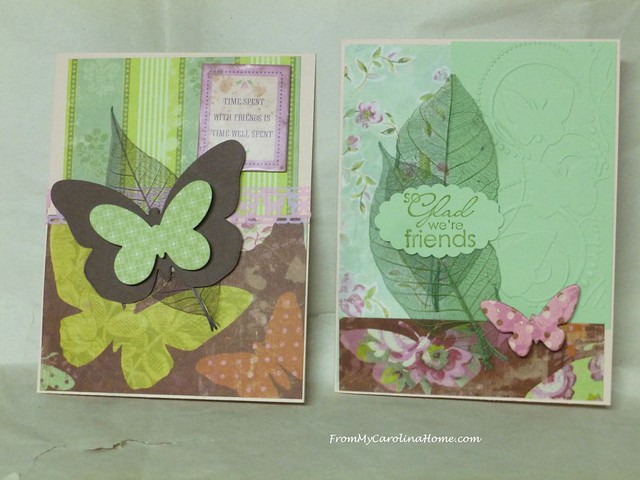 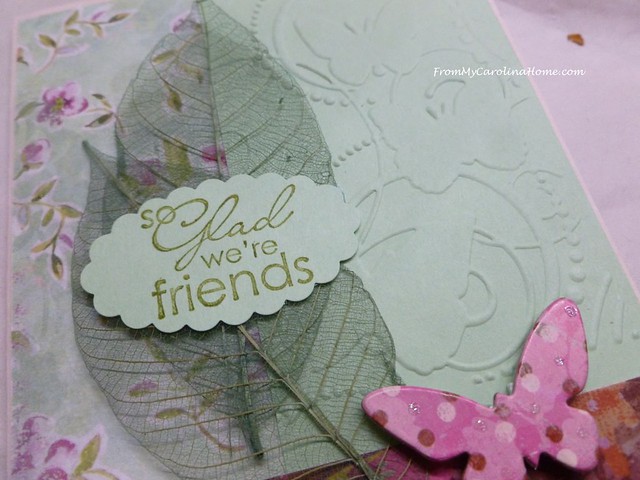 I had one more card to do, and expanded on the theme a bit.  This card has the backside of the flower print, this pretty pink in the upper right, with a large rose paper print on the bottom.  There was a coordinating dot and I used it on the left side, and tied a glittery yarn on top.  Adding a leaf and a chipboard butterfly along with a little tag that says ‘the little things’.  I stamped a sentiment on the pink too. 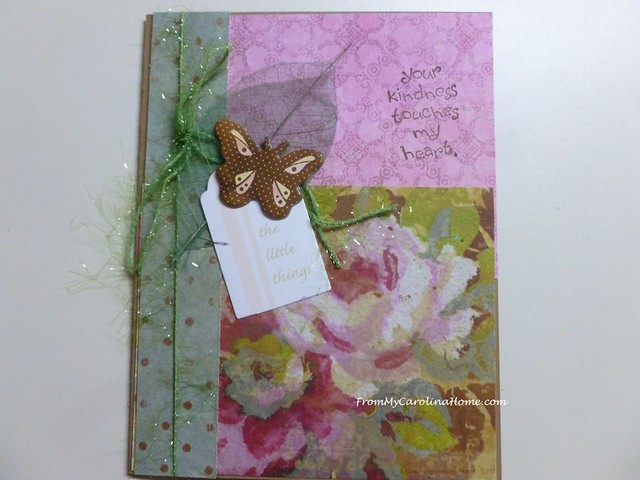 I am just so pleased with my progress on card making after taking this class!!  What do you think?  Are you stamping cards or playing with paper? 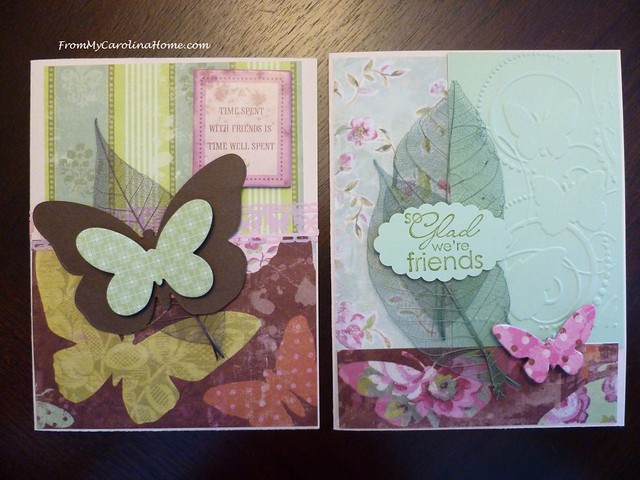 22 thoughts on “Stamping Thank You Cards”