We had a real cold snap last weekend, and as much as I’d love a white Christmas, it isn’t in the forecast for this year.  Somehow, the cold makes the skies crisp at night, lots of stars out to see.   Occasionally, I have a bout of insomnia, and this particular morning I was glad, as the sunrise over the mountains to the east of ours was spectacular.  Rain was on the way, and dawn brought brilliant color to the sky, seen through the architecture of the bare trees. 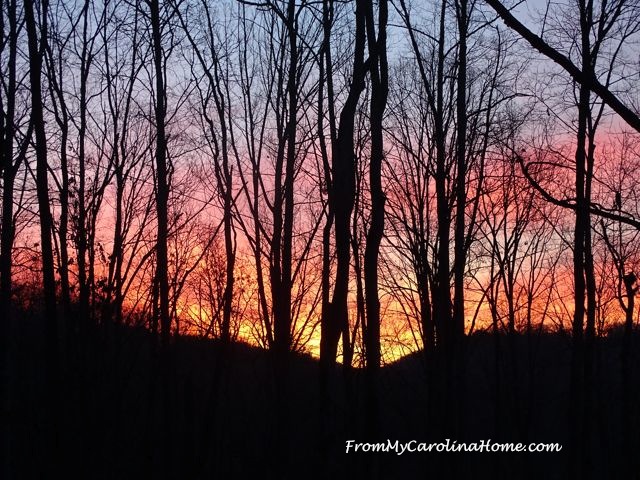 The wider view was difficult to get the brilliance of the dawn, but you can see the color was most of the horizon over the mountains. 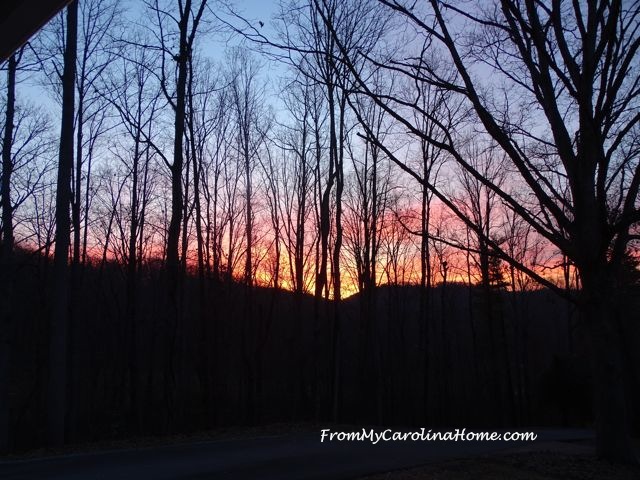 Out in the valley, the color there was beautiful as well.  My camera just doesn’t do this justice, I’d need a wide angle lens to show you the true grandeur of this moment. 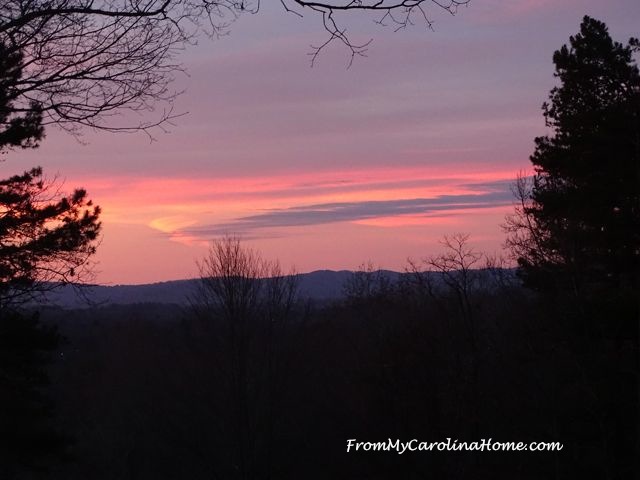 Our avian visitors have been eating us out of birdseed, emptying the feeder in just a few days rather than over a week.  I am thinking some of the other neighbors have stopped filling their feeders for the winter, so these guys are hungry.  We have such a wide variety right now too, titmice and nuthatches, cardinals and chickadees share the feeder, sometimes with 8 or 9 on the feeder at once. I managed to get one shot of seven at once – two chickadees, two nuthatches, and three goldfinches. 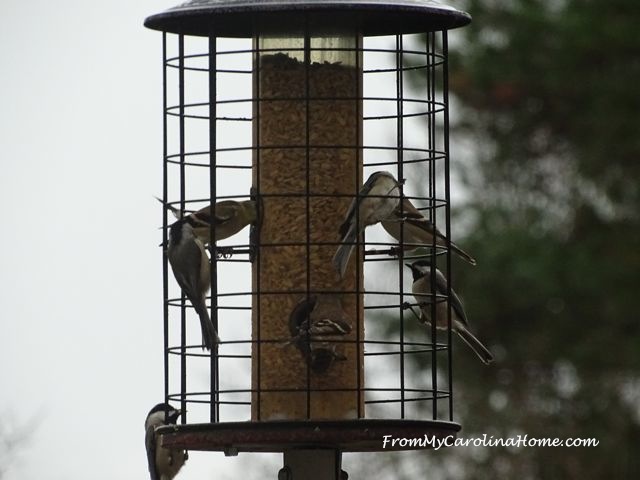 The goldfinches are regular visitors, wearing their duller brown coats for winter. 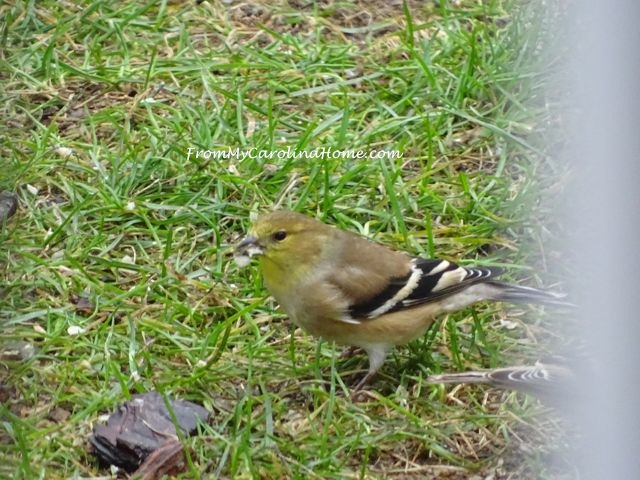 A blue jay comes around from time to time. 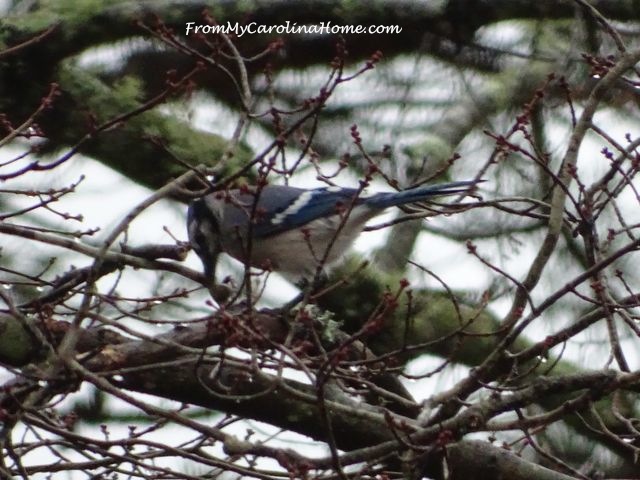 But the biggest surprise was seeing a pileated woodpecker gobbling up the suet.  He made short work of a lot of the seed in the feeder too. 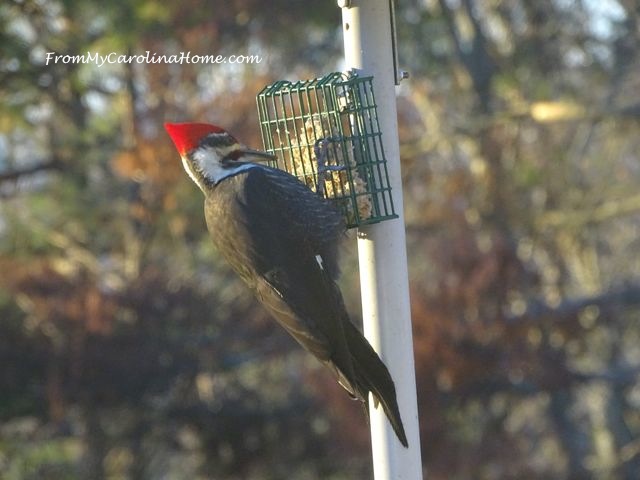 I could not believe he could land on such a small spot! 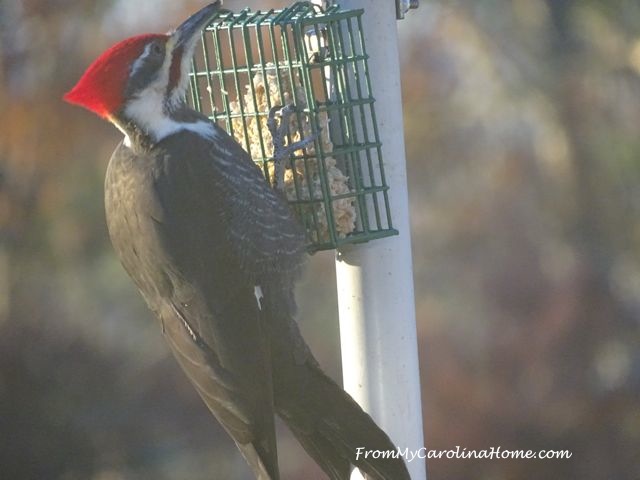 The crows finished off the pumpkin and DH threw away the shells.  This week I put out the insides of a spaghetti squash and they brought their buddies to polish off the treat.  I think the squirrels got some of it as well. 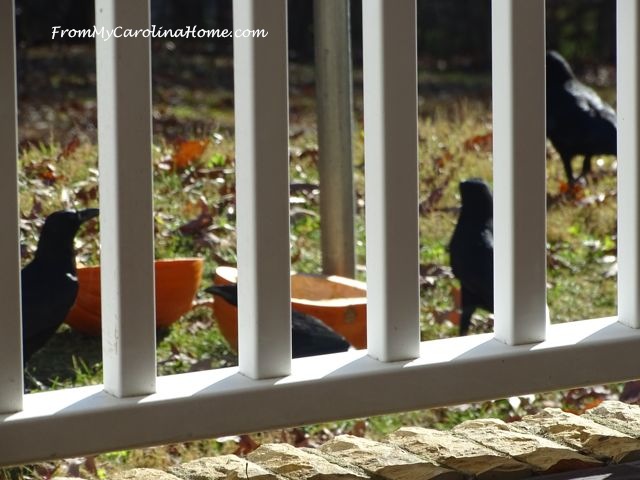 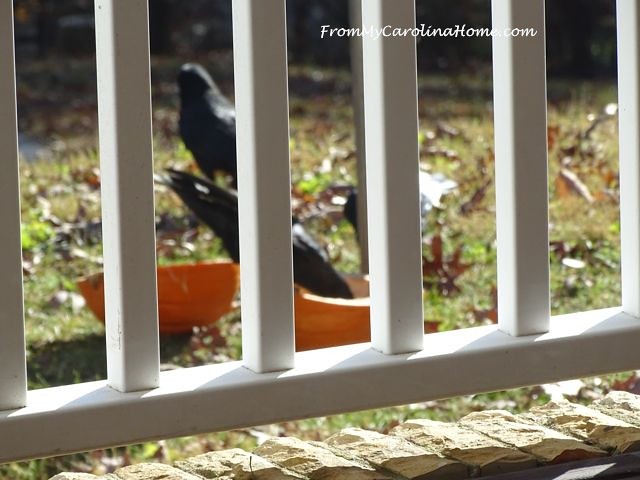 Then these guys showed up.  Robins!!  In winter! 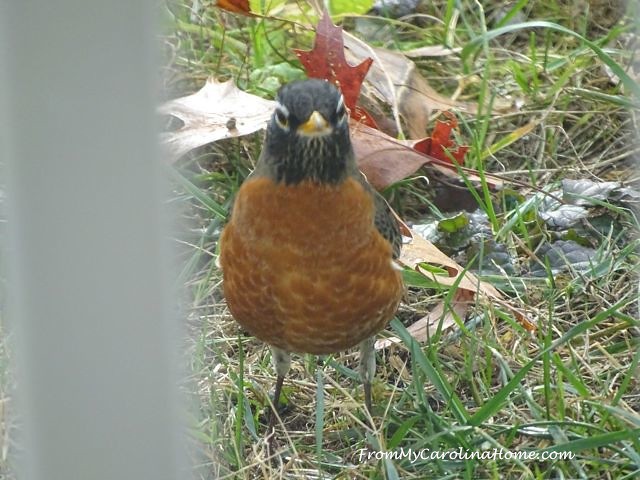 There were more than a dozen of them, and I got pics of some of the individuals.  They were scattered over the lawn and the meadow, in the trees and down the driveway. 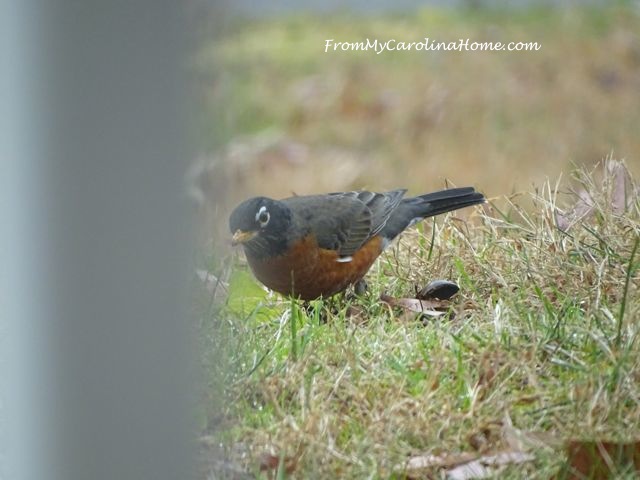 I couldn’t get a clear picture of the group, and they were gone in an hour.  DH thinks they are migrating south, but I thought they would have done that by now, unless we are near the end of the journey.  It has been too warm through fall so maybe they stayed longer than usual. 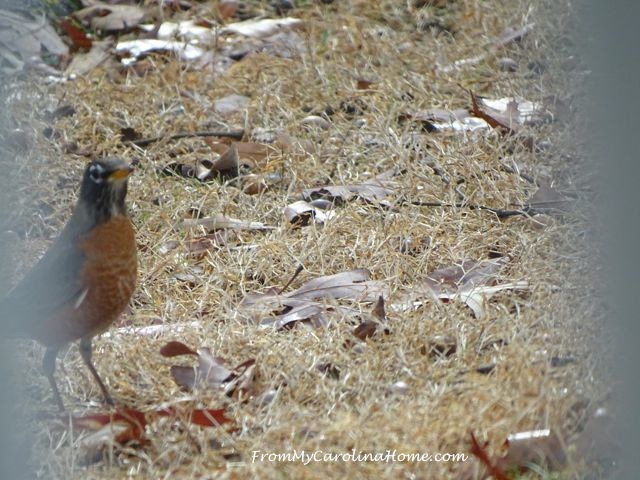 We had doves and towhees stop by in the last few days too, but no pictures, they flew off when they sensed movement.  DH saw a purple finch on the feeder last weekend. The cardinal finally showed up again, I have missed him and his lady. 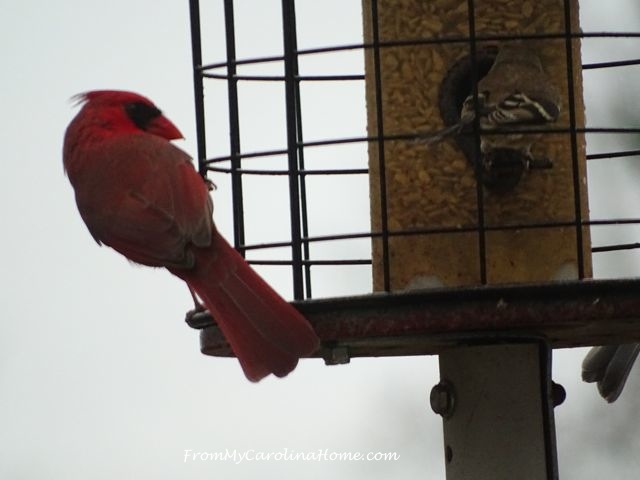 The turkeys haven’t been by in more than two weeks, so I think they have moved on for the winter.  I was saving some bread for them, but I think I’ll spread my mixture of bacon fat and peanut butter on the slices and press birdseed into them for the suet feeder.

Are you feeding birds now?  Who is visiting at your place?