Every time I say something about the garden, it conspires to prove me wrong.  In July, I said that I planted the johnny jump ups too late to get any flowers.  Then not a week later, here they come. I really cannot complain as I love their sweet flower faces. 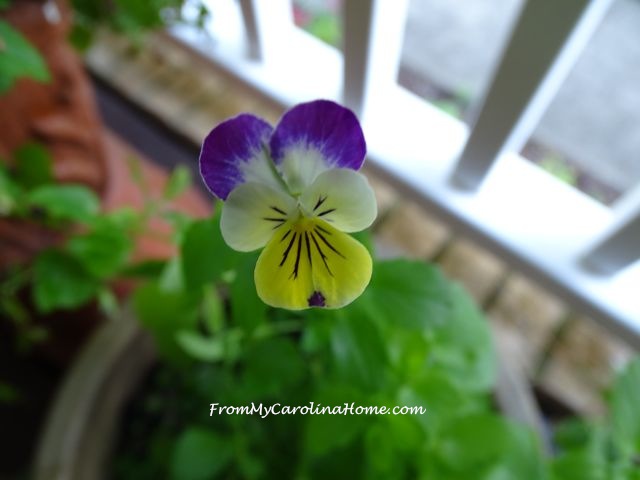 More little tiny buds are showing and I hope to have a lot of these soon. 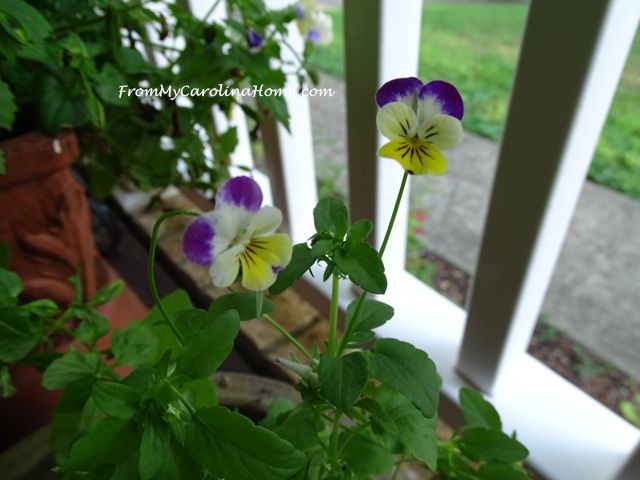 Then I said I was disappointed in the dianthus in the flower bed, and then they went to town blooming. 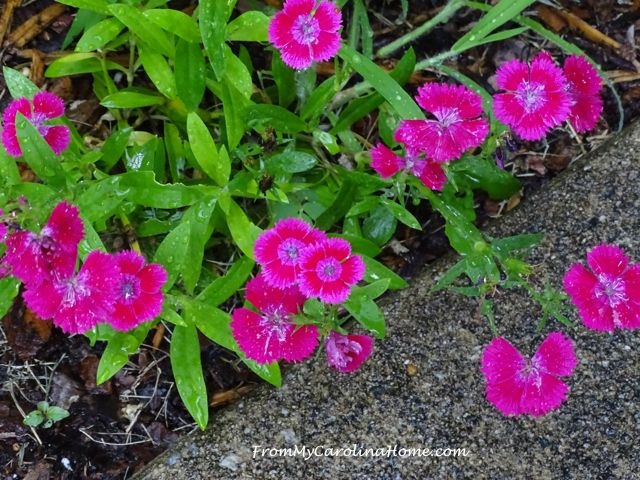 The caladium is getting a lot bigger. I’ll have to repot it soon. 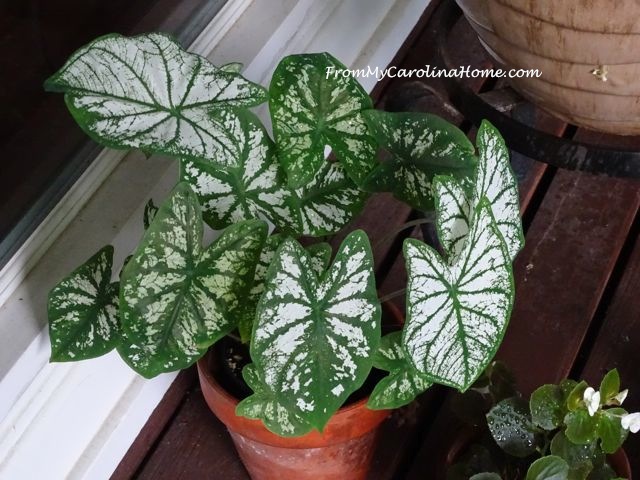 I put a saucer from one of my larger pots out in the yard near the bird feeder for the birds to use. Contrary little things haven’t touched it. 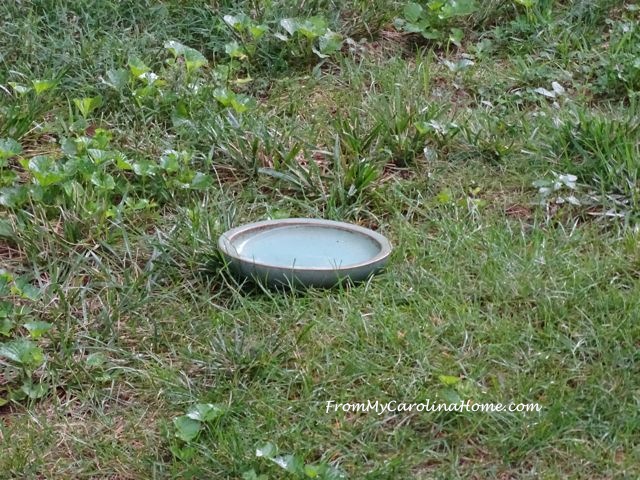 These white begonias must love this heat, every one of the pots that has them is blooming profusely. 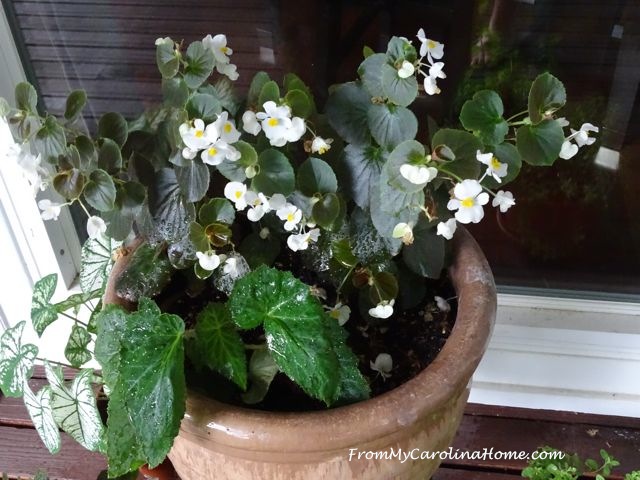 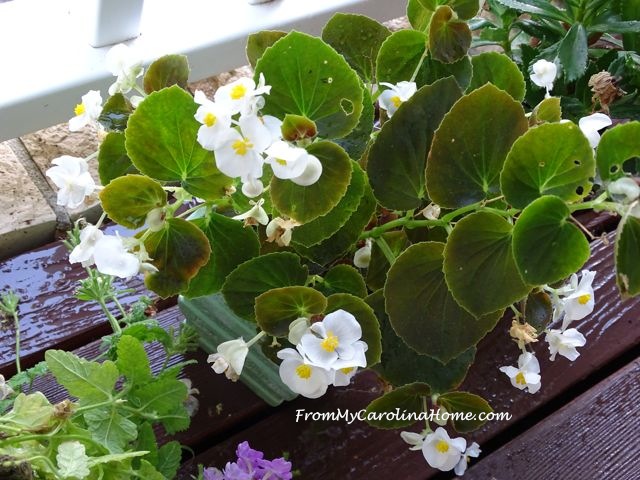 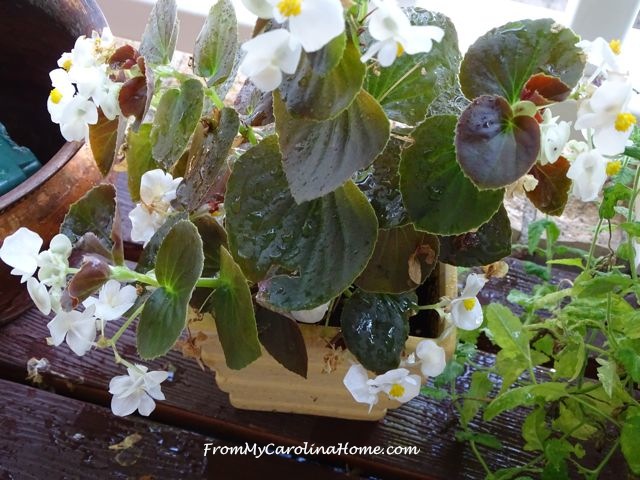 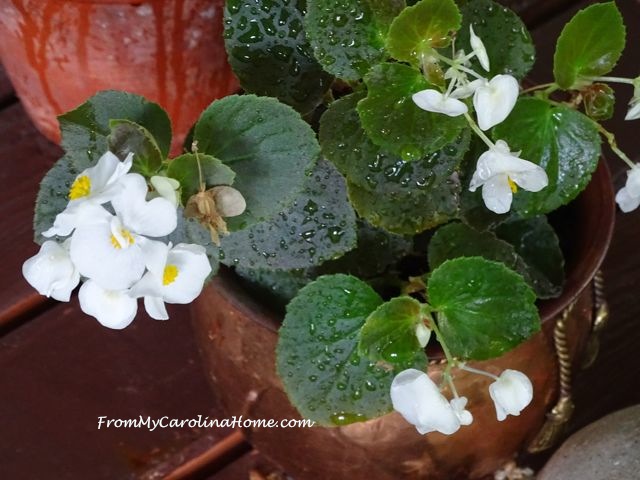 The verbena is still producing pretty purple flowers, surrounded by those begonias. 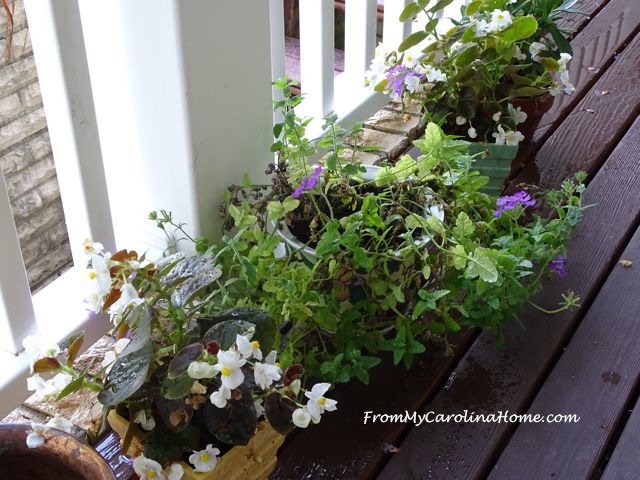 The last thing I said was that the hydrangea was just about done. Then it decided to put on a new show, with copious blooms in a dusky pink… 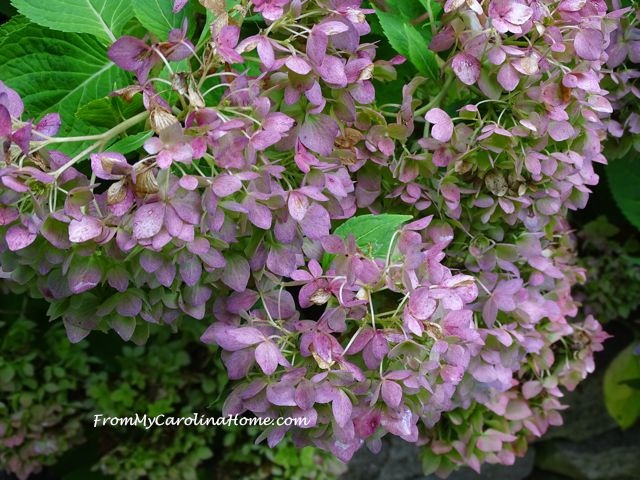 one gorgeous bloom in deep lavendar… 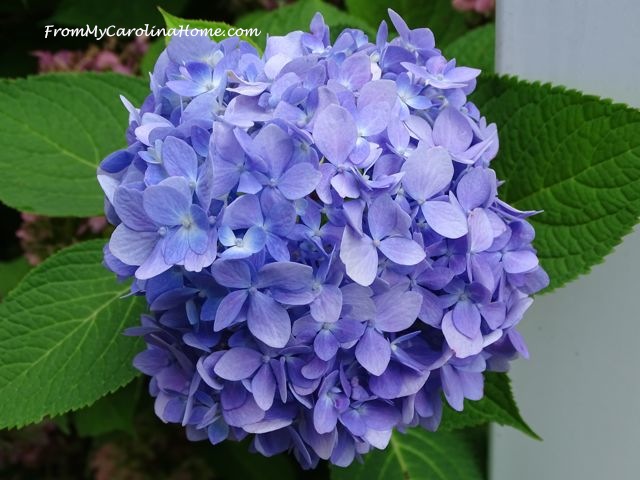 and one in a blueish hue with some purple and white, all on the same plant. At the same time!  I think this one will deepen to all lavendar over the next week or so. 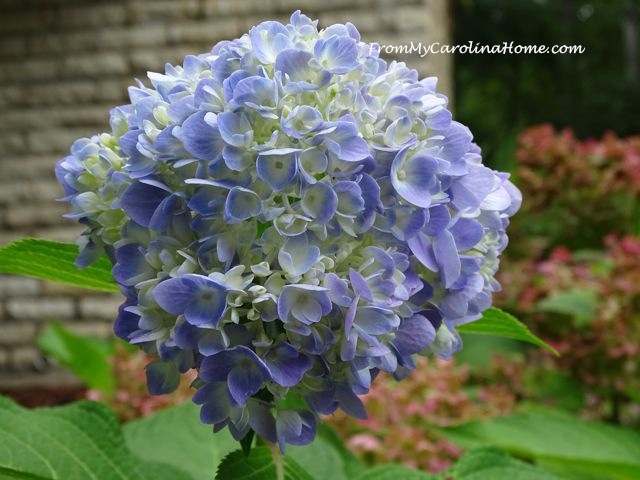 Of course, the torenias are still going strong. These baskets will keep going all summer and well into fall. 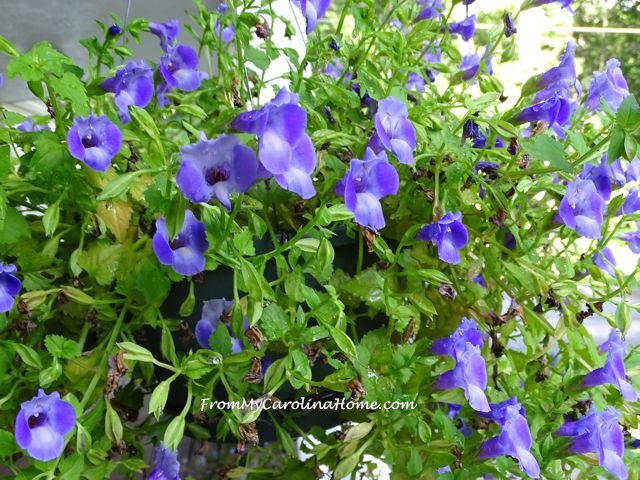 Then there were the visitors this month. A small flock of wild turkeys is back, which usually doesn’t occur until September. I am hoping for cooler weather soon. 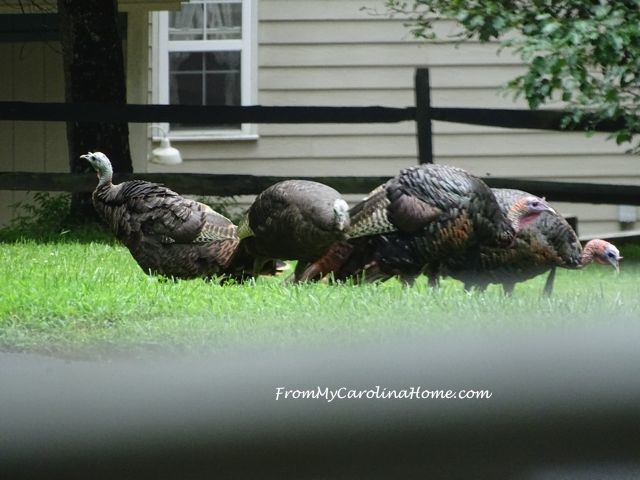 With the longer lens on my camera, I can get much better pictures of the wildlife now. These males were fluffing their feather against the rain, and I was hoping they would spread them and strut but they didn’t oblige me. 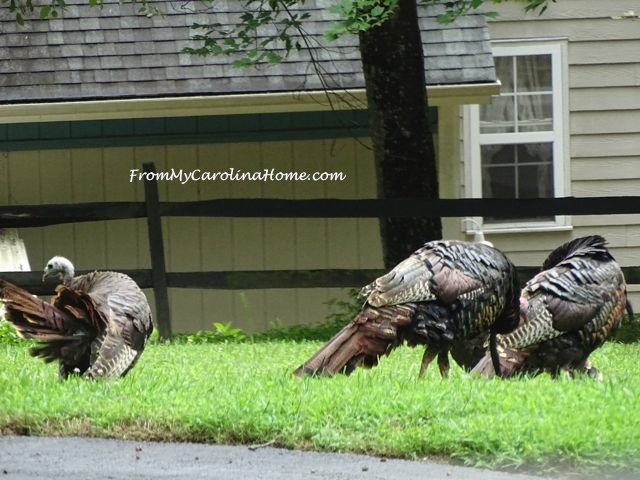 The one on the right here is a juvenile, likely hatched this spring.  I think this small flock of five is all bachelors.  Hard to say though, as the young ones don’t have their red coloring on their heads or the feather wattles they will get later.  But the females don’t turn red or grow wattles.  Either way, I just like watching the wildlife as it strolls by. 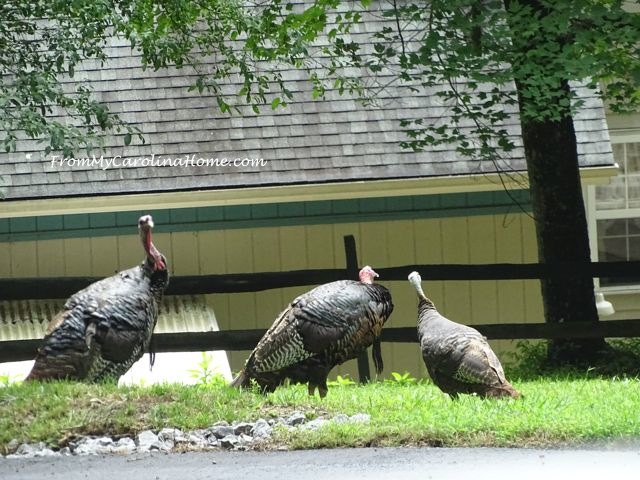 They stayed around for quite a while, eventually working their way around the house and up the mountainside behind the house.

13 thoughts on “August in the Garden”