Wow, it is hard to believe I have been at this for six weeks!  Progress is being made, though, and this week was a bit more productive.  I finished off the scissors, in spite of all the knots that the metallic thread made. 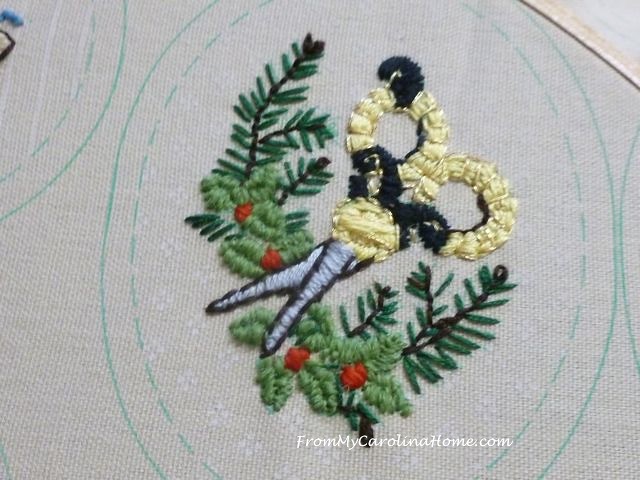 I got most of the way on the thimble. It was a real dilemma as to whether to stitch the outline and details first, or after the base. Doing them first meant I could see the pattern, but it was more difficult to get the background around the flowers. I still have the top part to go, plus the division lines down the front. 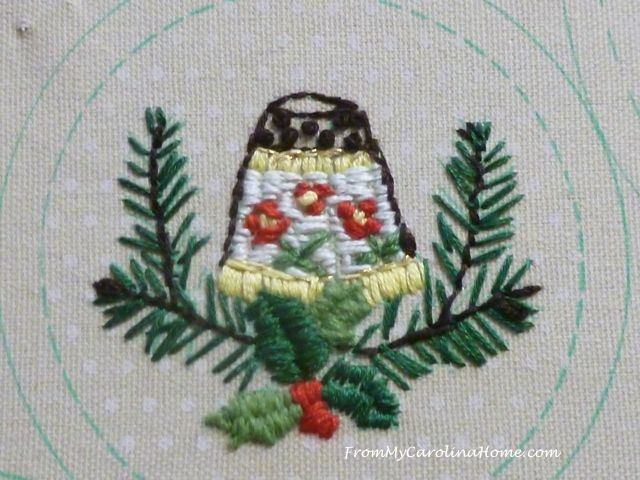 With brown left in the needle, I got a bit done on the measuring tape. 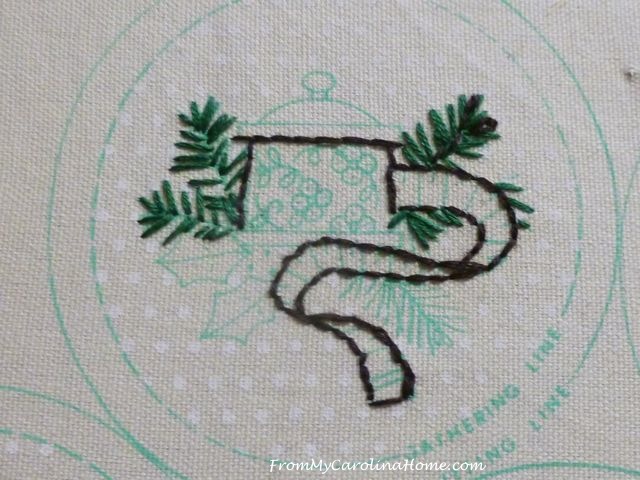 There was red left in the needle from the holly berries on the thimble, so I decided to do the background red on the buttons, leaving just a bit open to see where the french knots will go. 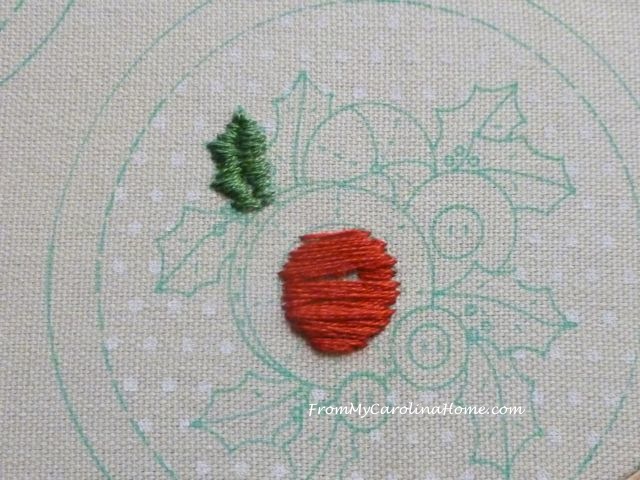 The pins didn’t get any attention at all. They are still where they were last week. 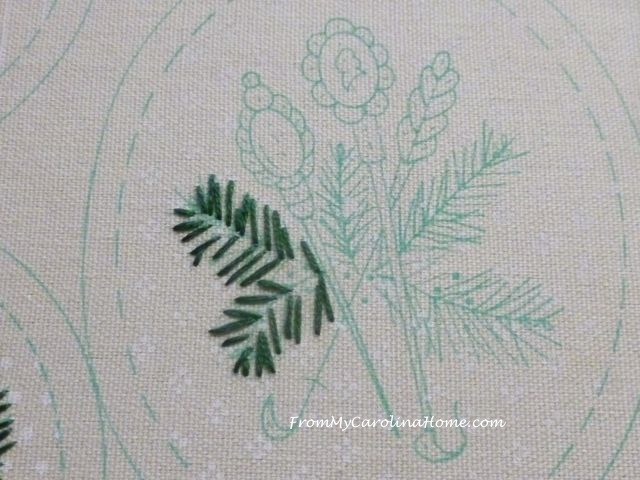 Slow stitching, but making some progress each week.  I would probably be done by now if I didn’t have so many projects going at once, LOL!!  I still have several weeks in November to get them done.  As Deborah pointed out in her comment last week, even a little bit of progress each week gets the project done over time.  I am certain that blogging about the progress and linking up with Kathy at Slow Stitching Sunday has really motivated me to have some progress to show.  Total count now – five completely stitched and four in progress.