One of the best things about visiting the coast, is all the seafood you can eat.  I love seafood especially shellfish, and spent the week eating as many oysters as I could, along with shrimp, scallops and crab too.  The Pamlico Sound is home to a huge shellfish and fishing industry and I certainly wanted to support the local fisherman and oyster farmers.  There are so many ways to cook oysters – baked, fried, sauteed, fricasseed, barbequed, steamed, and boiled in soups.  I would eat them raw too.  I did run across three outstanding ways of cooking these little gems, and I want to tell you about them. 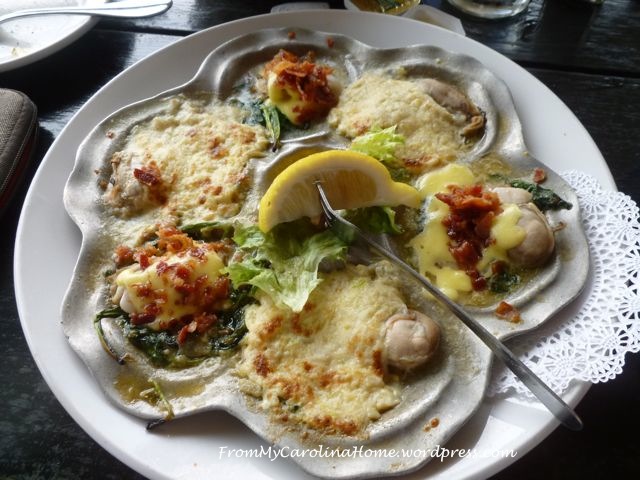 Recipes really aren’t required here, you can do this without exact measurements.  In the plate above, I had oysters two ways.  Three oysters were covered in crabmeat mixed with cream cheese.  The other three had a topping of spinach with butter.  The whole thing was baked until the oysters were done.  Then the spinach ones were topped off with hollandaise sauce topped with crisp bacon.   Don’t you think I need one of those oyster baker pans?  Might have to look for one of those.  The problem is that the only food DH refuses to eat is oysters.  So, I have to eat all I can when we go to the coast.  His preference is for the lovely fresh caught tuna with some fresh coleslaw. 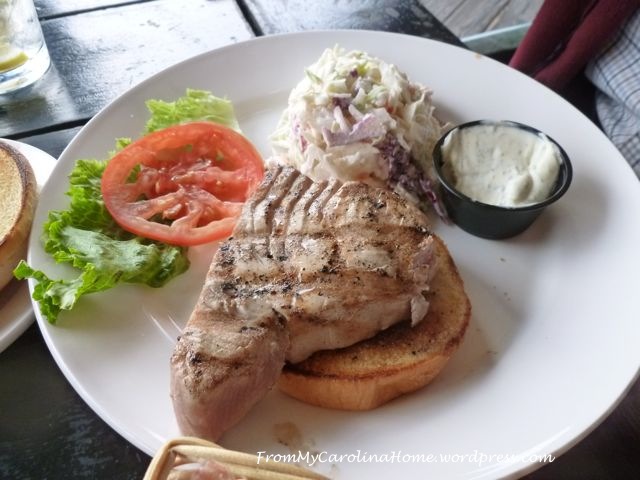 I didn’t get a picture of the other divine way I had oysters at a different restaurant in Corolla.  That time they were topped with chopped spinach and Swiss cheese with a little butter, and baked until the cheese was melted and bubbly brown.  Yum!!  I wish I had thought to snap a pic of that one, beautifully presented in the shells.  I looked up the cooking time, and likely they were baked at about 450 degrees for 10-15 minutes or so.

This meal was enjoyed on our last day at the coast in a lovely waterfront restaurant called Elijahs in Wilmington. We had outstanding views of a gorgeous sunset…. 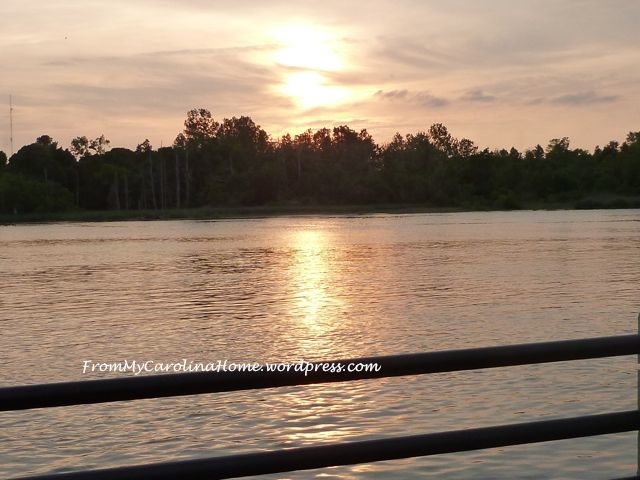 live music with a view of the bridge over the river… 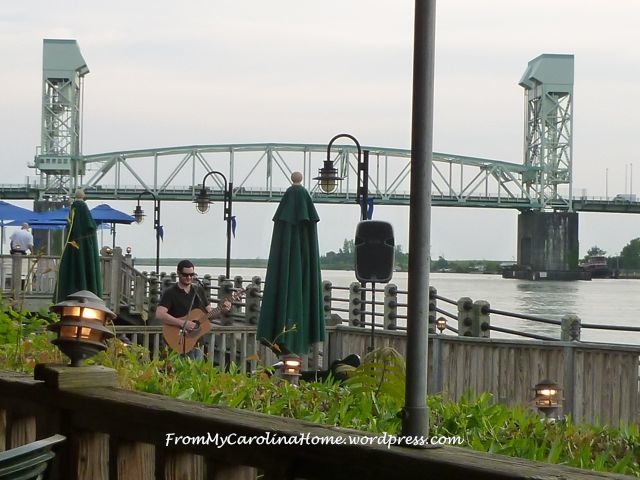 and a gentle sea breeze while watching the boats go by. 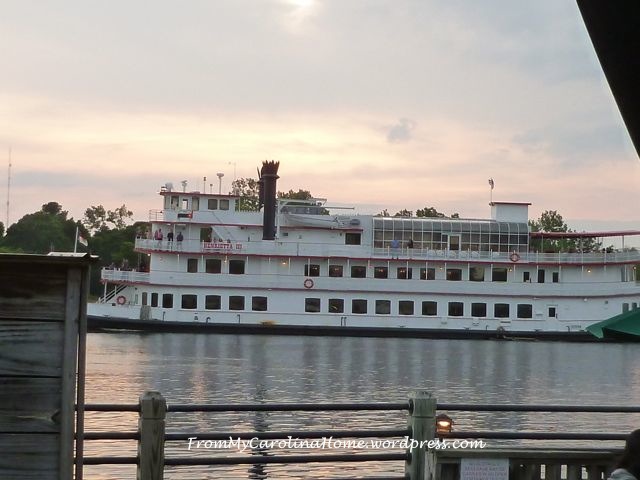 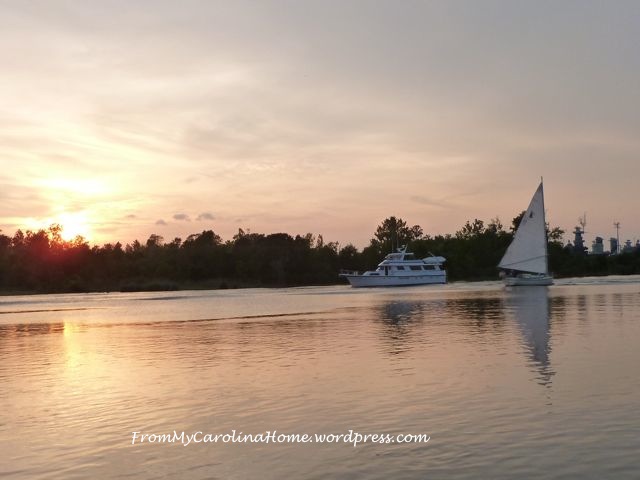 Back to the room, this was our view at the last hotel at sunset. 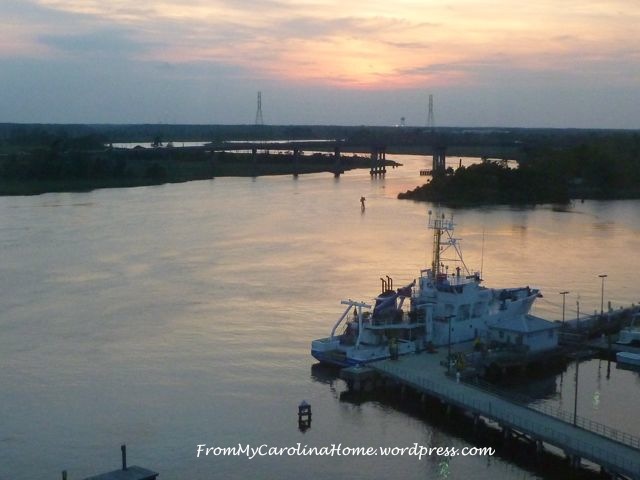 So relaxing! Such a different feel than our mountain home.  Are you an oyster fan, or a seafood fan?