Waiting for this amaryllis to bloom again has been a real exercise in patience.  Remember it was January that I showed you the beginning.  Get ready, this post is picture heavy!!  This was early January.  Just a couple of new shoots of leaves coming alive. 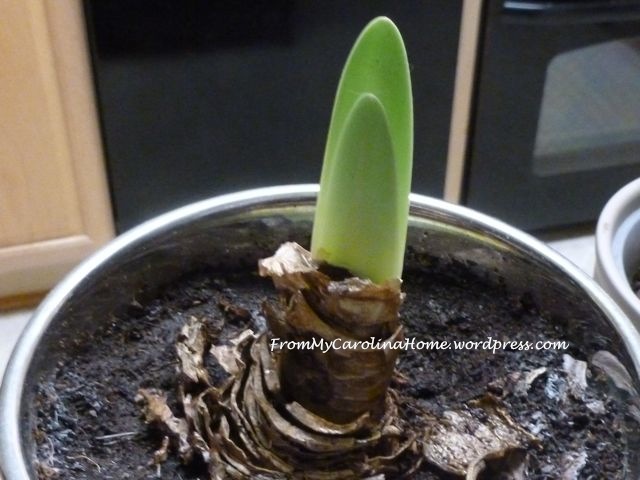 It took until late February for the bud to show. 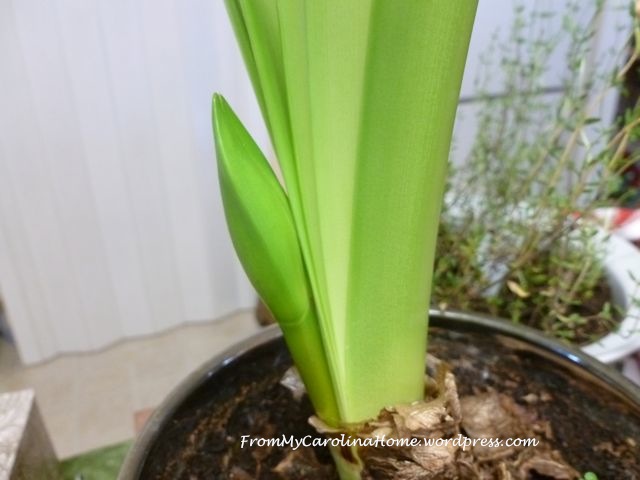 I was thrilled, as I have never been able to get one to bloom a second time. About 10 days later, I had this long bud stem. 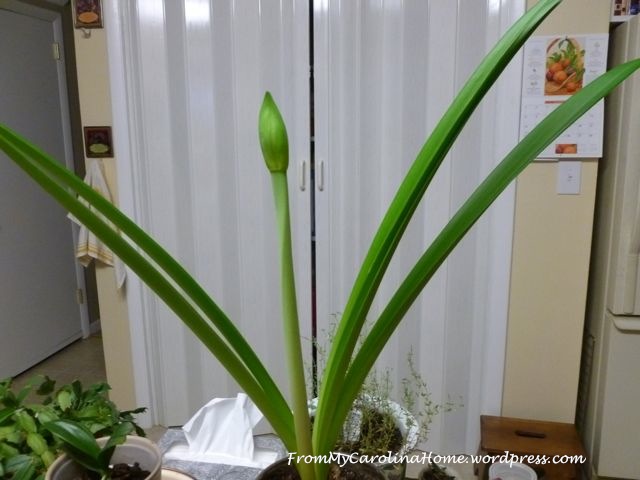 It was so exciting to see that it was going to bloom again, but since then the progress has been excruciatingly slow!! March 7, the bud began to show signs of opening. 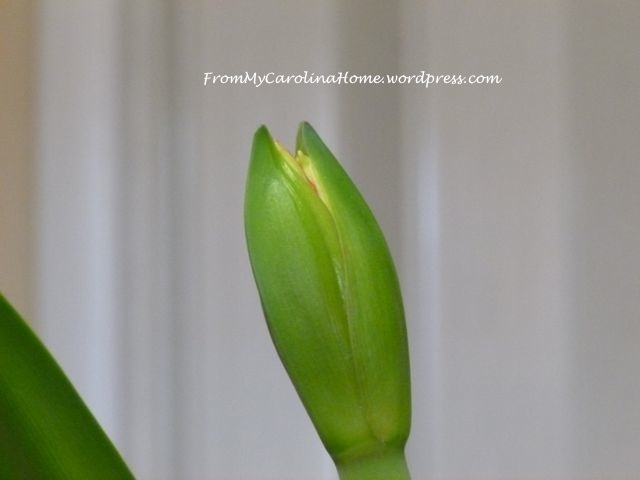 Five days later, it is going to be a beautiful red just like last year. 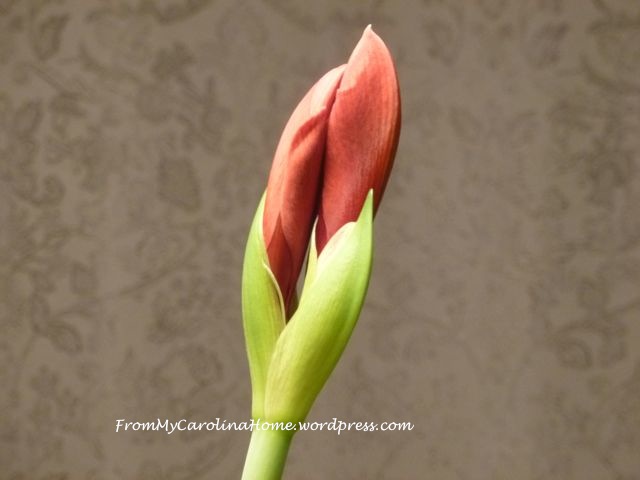 The next day, real progress! And it looks like there will be a third bloom. 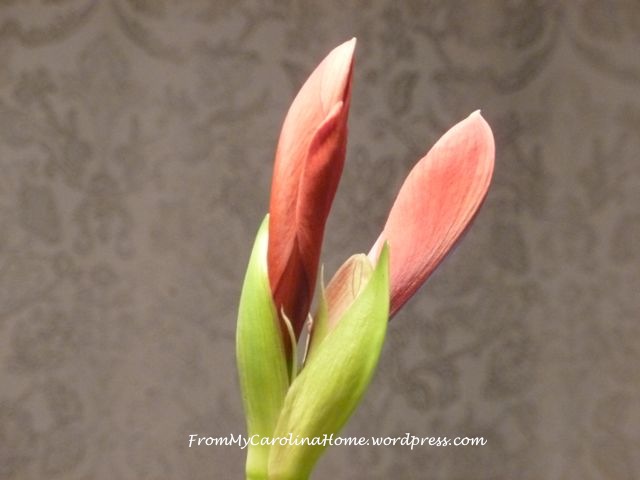 Can you believe it, took two more days, but now it looks like there may be four blooms! 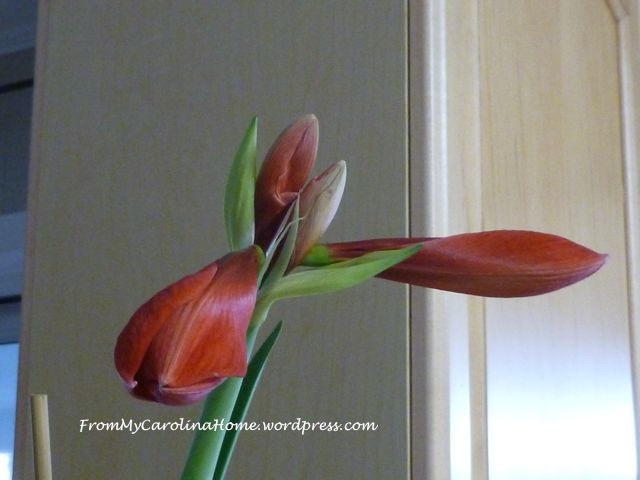 Later that day, the first two larger blooms are starting to open. 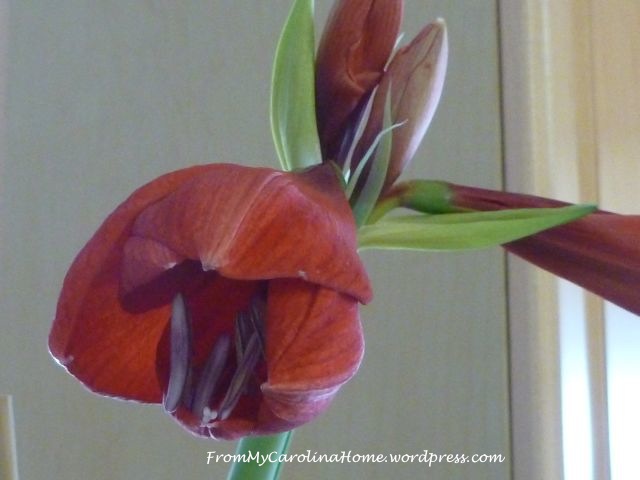 The next morning, finally!!  It opened up to this gorgeous flower!! 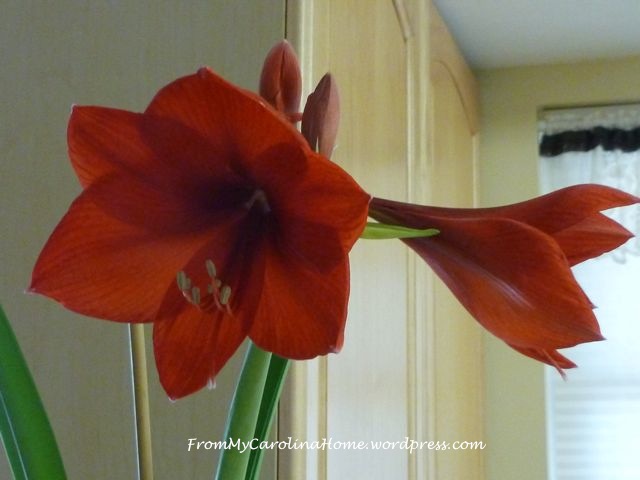 March 17, the first two blooms are fully open and beautiful. 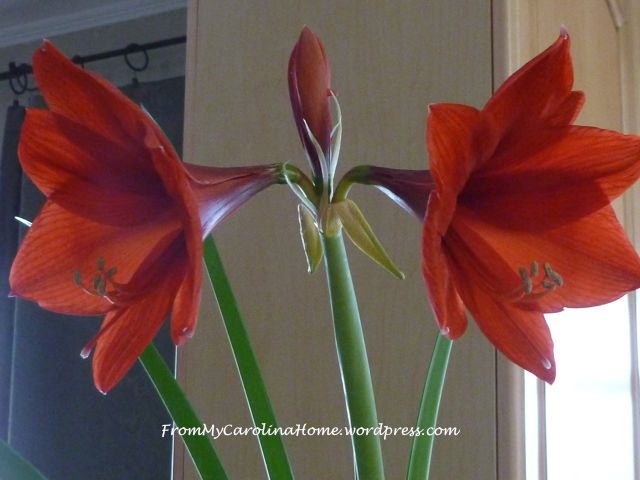 Next day, still waiting for the other two, and now I am hoping that the first two stay pretty. 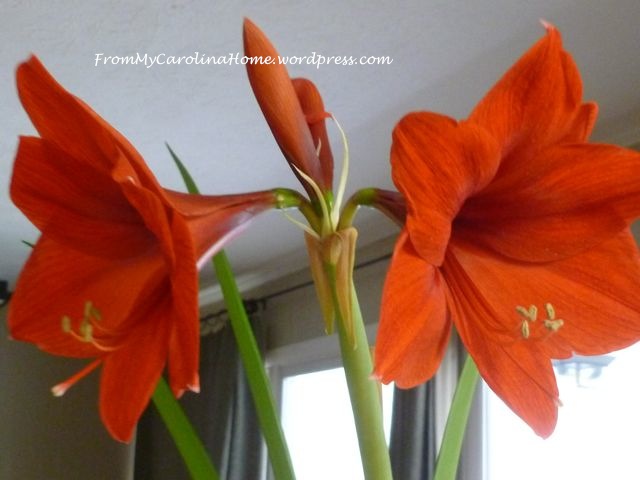 Two more days for the remaining two buds to begin to open. 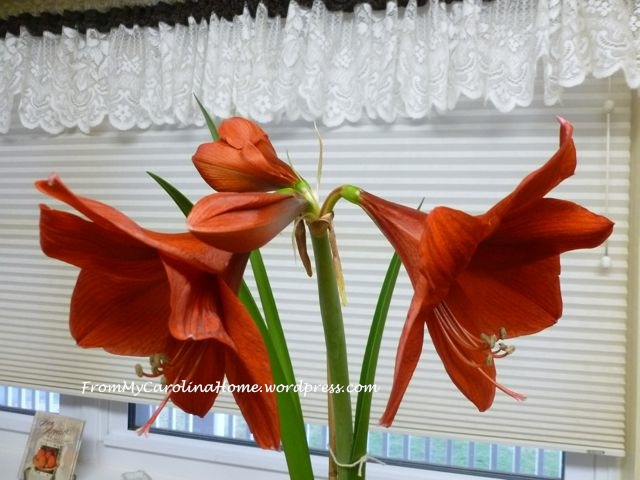 March 21, maybe they will all be open at once, hopefully before the first two fade. 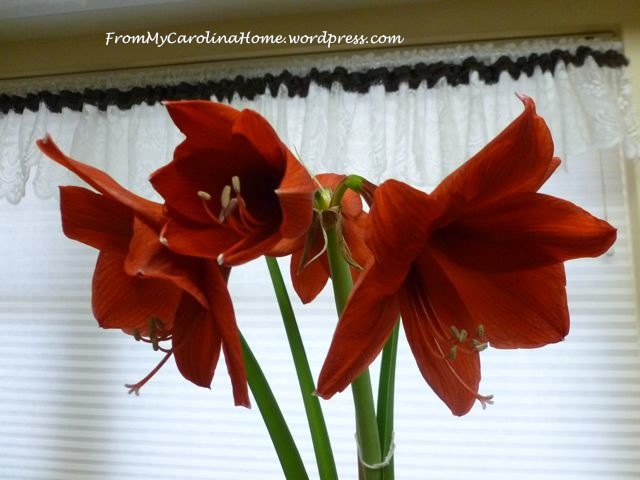 Yes, success!! Late in the afternoon on the 21st. 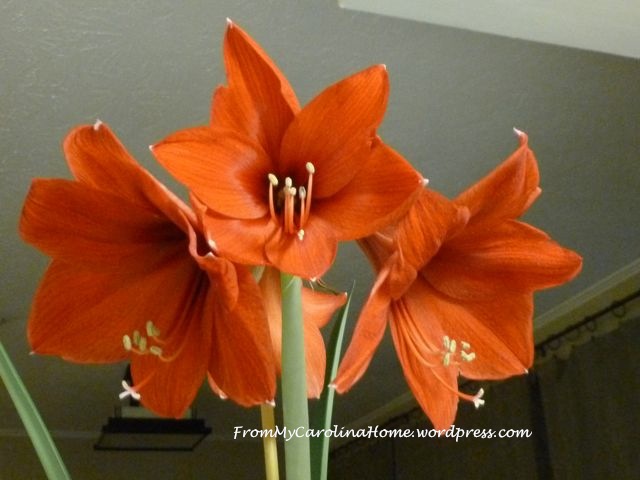 Three are facing one way, and the fourth faces the opposite side. 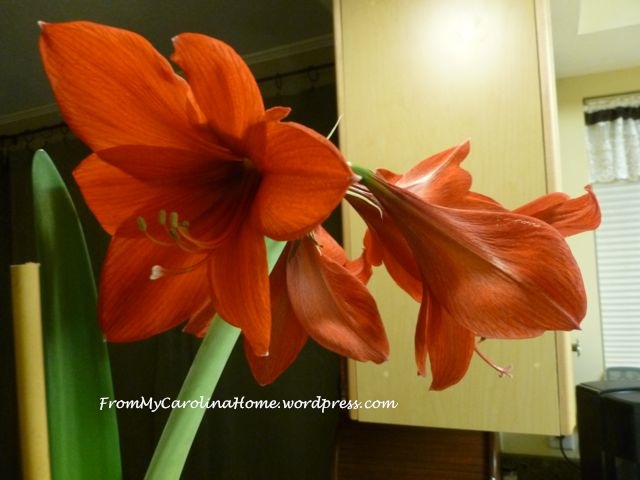 This is the first time I have ever been able to successfully overwinter an amaryllis. 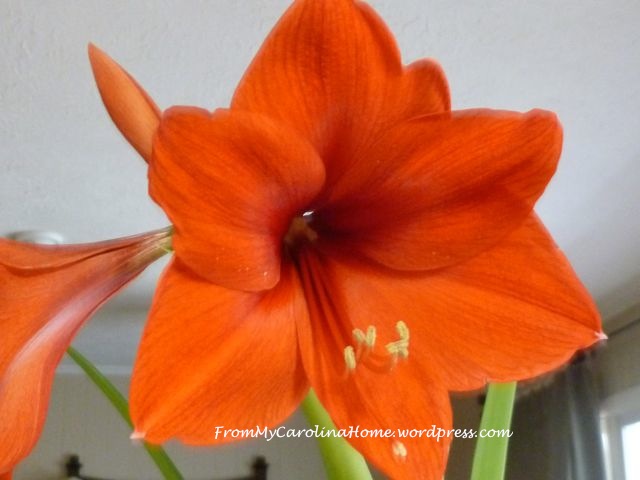 This was excruciating waiting, but the blooms finally got there. I cannot believe how long it took, but now that they have all opened, it is amazing how long they are lasting. They were still beautiful days later! Thank you to my sweet mother-in-law, Joyce, for giving me a gift that lasted so long and has given me so much pleasure. Both she and the flower are treasures!!

Sharing at the wonderful parties on the sidebar, and The Scoop.