Late September brings a few last flowers before the garden heads into sleep for the winter.  The geraniums don’t seem to know that it is fall, and continue to produce long-lasting pink flowers in abundance. 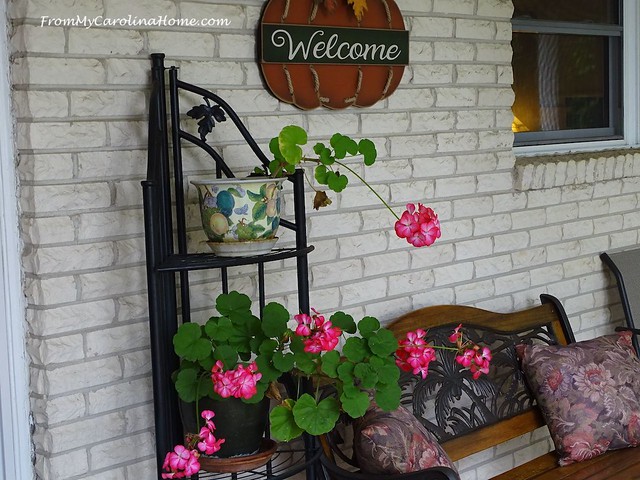 They are such an intense hue, lovely color on the veranda. 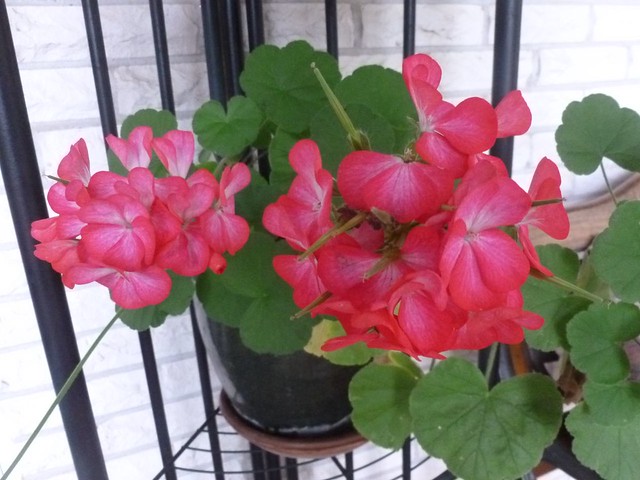 My purple dahlia has put up another flower stalk, and is slowly opening.  It may take a few more days to fully open. 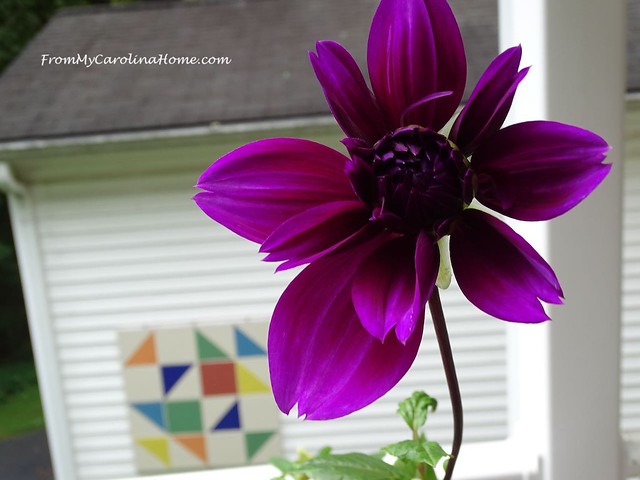 Autumn is the prime blooming time for dahlias, and I have several more buds developing.  These will open in October sometime. 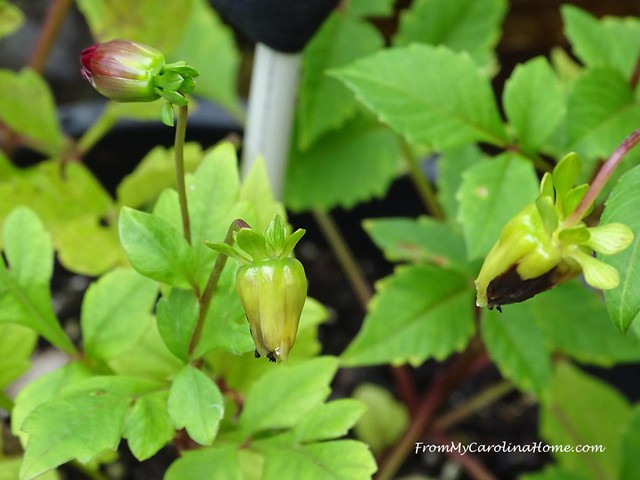 While we are on the subject of dahlias, the Dahlia Quilt raffle fundraiser has passed $4300 in ticket sales for Bullington Gardens!  I have to say I have been blown away by the response.  I had hoped it would bring in a few hundred, but the result has surpassed everyone’s wildest dreams!  The Bullington Gardens board is overjoyed. The drawing will be held on Friday of this week, and the winner notified.

Another dawn over our mountain view shows wispy clouds hanging in the valleys. 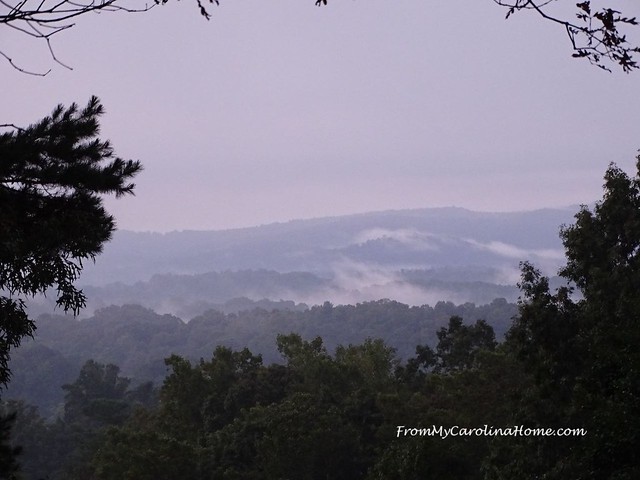 On the bird feeder, migratory birds are showing up like this rose breasted grosbeak enjoying a meal with a year-round resident cardinal. 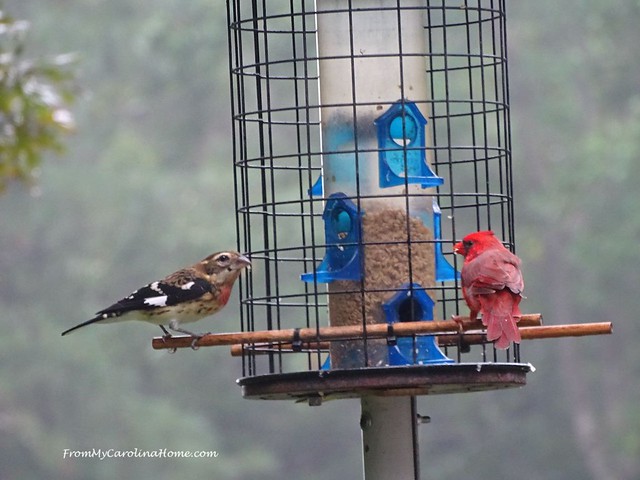 I can’t tell if this is a flock or a family.  An adult male rose breasted grosbeak perches on the right with a female adult on the left, and what appears to be a juvenile male behind her. 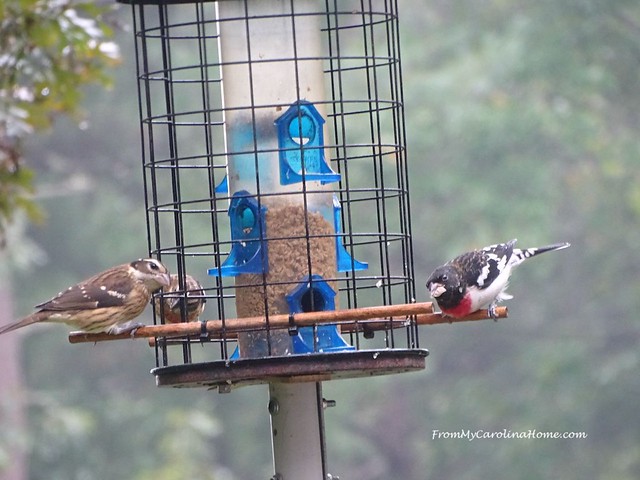 For a moment, it appeared that the female was giving a seed to the young one, but a goldfinch distracted them. 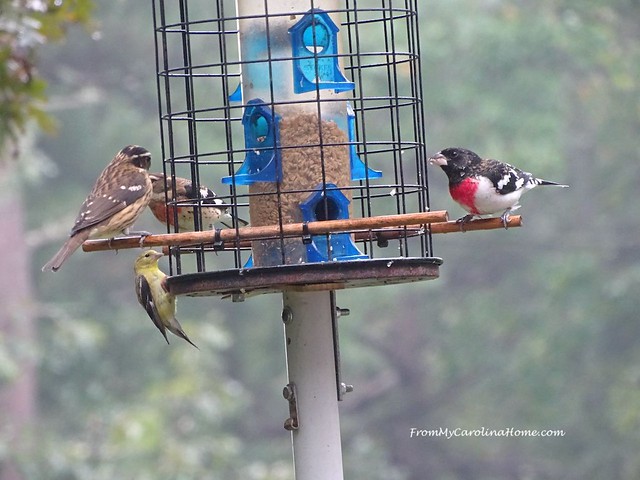 A little later, the adult male was back and the juvenile male with him.  A female cardinal perches on the back side, while a titmouse tried to grab a beak full. 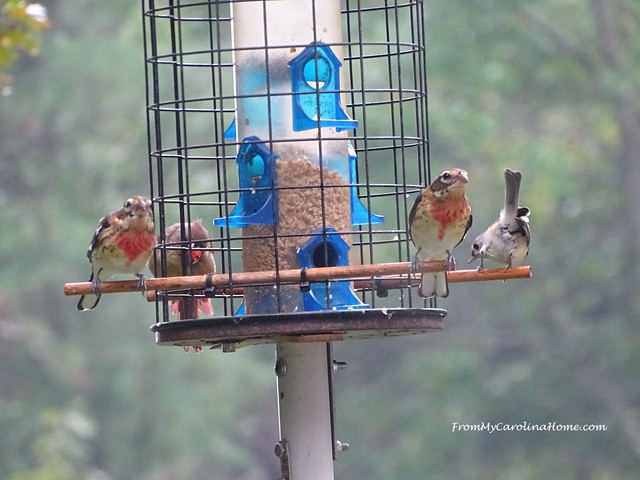 These are both female grosbeaks, one is smaller that the other, perhaps mother and daughter. 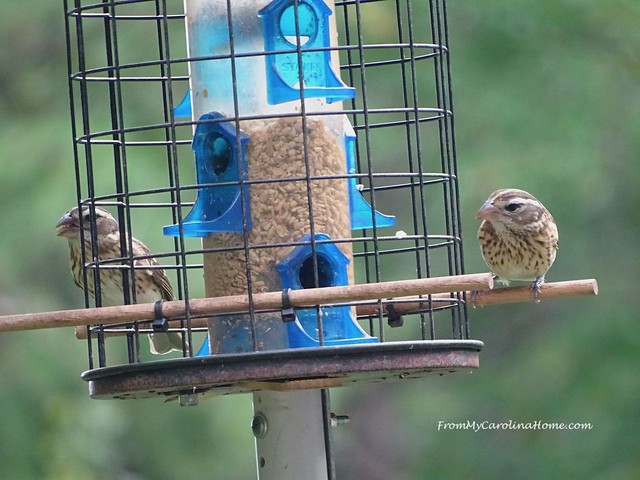 The little male was having a lively conversation with the cardinal. 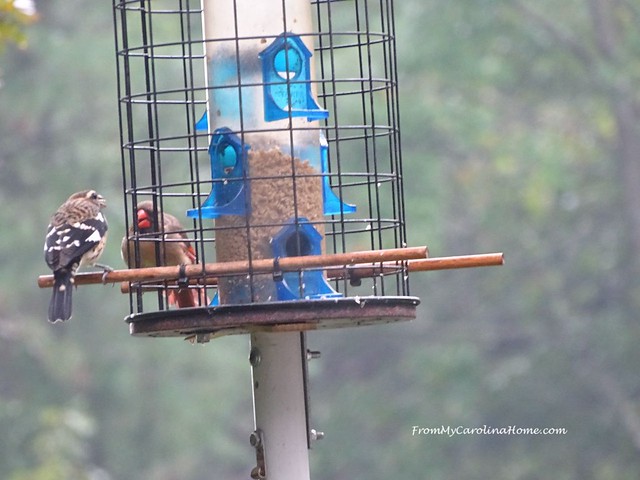 Apparently, he still had a point to make, but she was more interested in a meal.  On the right, two little black capped chickadees ignore the discussion. 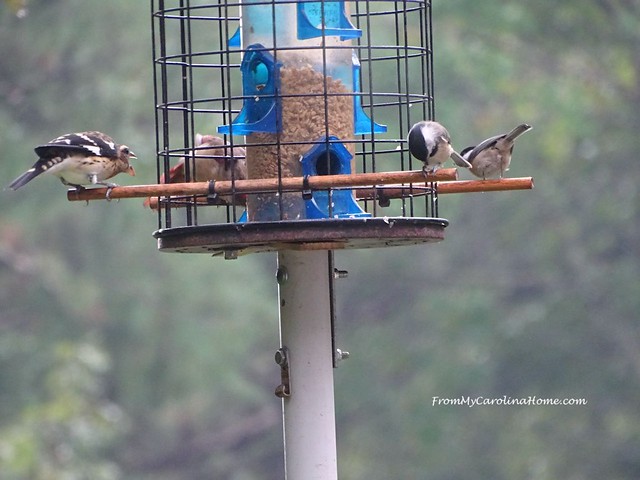 In the garden, the hydrangea is still producing lovely lavendar blooms. 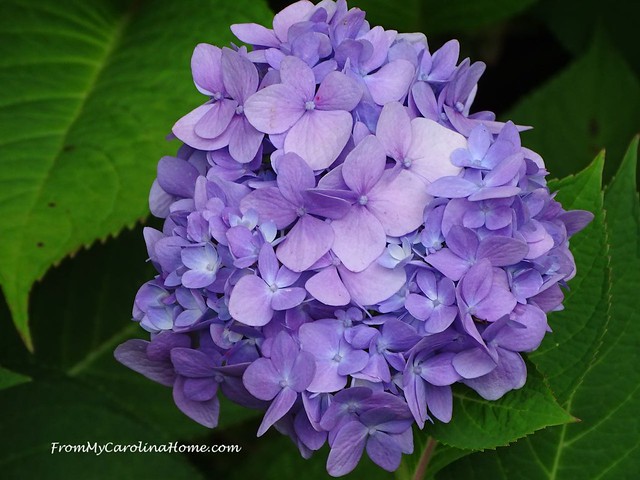 Some of the blooms are this deep, speckled pink.  I need to cut a few more for the vase in the pine cone ring. 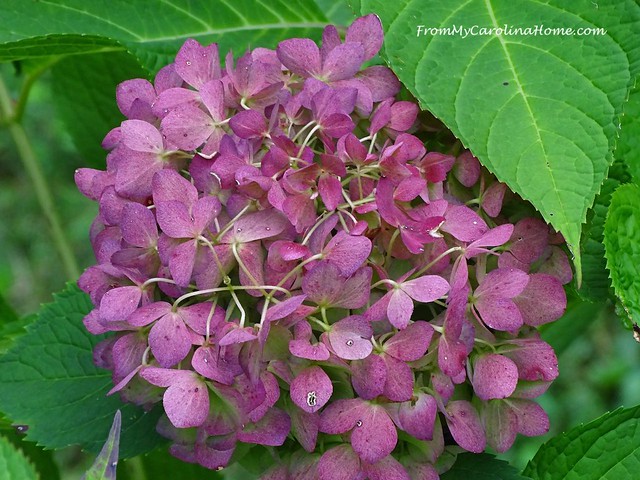 The shasta daisy is blooming profusely now.  I’ve staked it up a bit as the stems were laying on the ground. 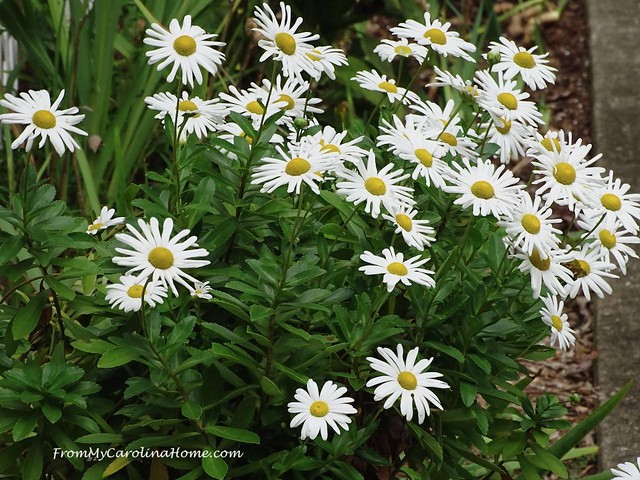 As the nights were getting cooler, I brought the Thanksgiving cactus and the orchid back inside.  The cactus has almost doubled in size this year, and I need to think about repotting it. 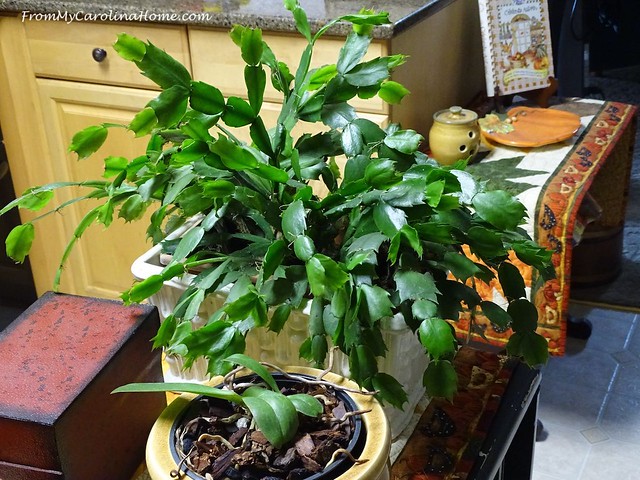 Later, as it gets colder, I’ll move some plants to the Carolina room on the back of the house.  Next month is bulb planting time, and I’d like to add more daffodils to the island, and hope the squirrels and rabbits don’t dig them up to eat.

30 thoughts on “Late September in the Garden”