The placemats are finally done!!   When we left off last time, I had all the embroidery work done on the placemats and was ready to quilt them.  All the blocks had three inch strips of the directional ornament fabric put on each side for a placemat size of 12 x 18. 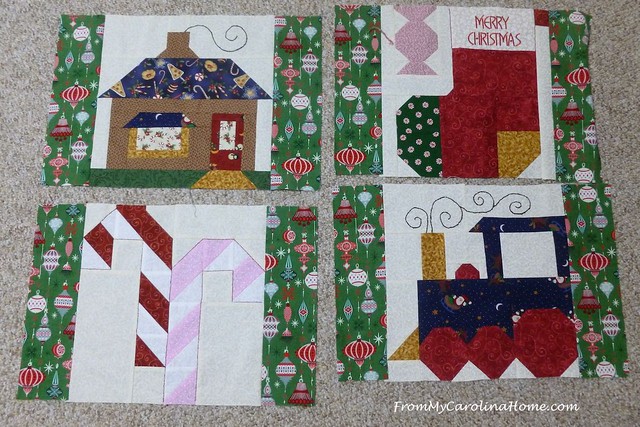 I loaded the longarm with a big piece of the ornament fabric for backing, and placed the little mats close to each other in a long row.  I had to be mindful of the directional print of the backing. 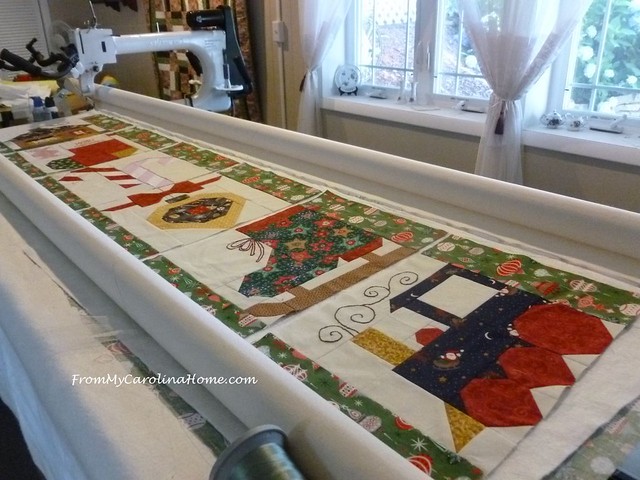 Auditioning thread colors, I decided on the medium taupe Glide poly thread in the top with Bottom Line in the bobbin. 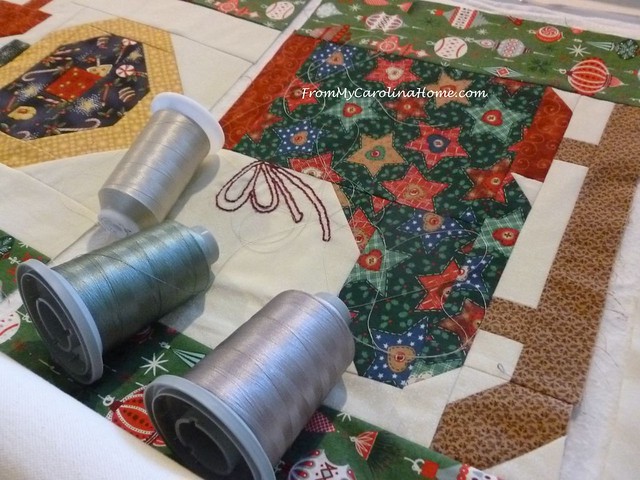 The second set of six mats were added, placed close to the first row, so they could all be done at once. 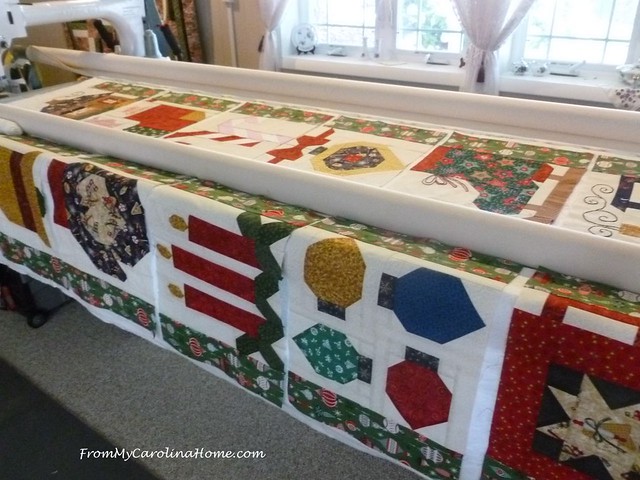 Quilting went quickly, and the stitching stepped over the handwork nicely. 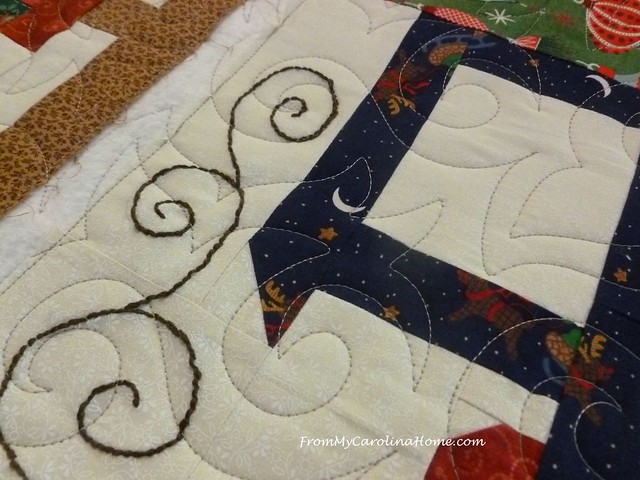 The light taupe color didn’t stand out too much on the background or the prints in the blocks. 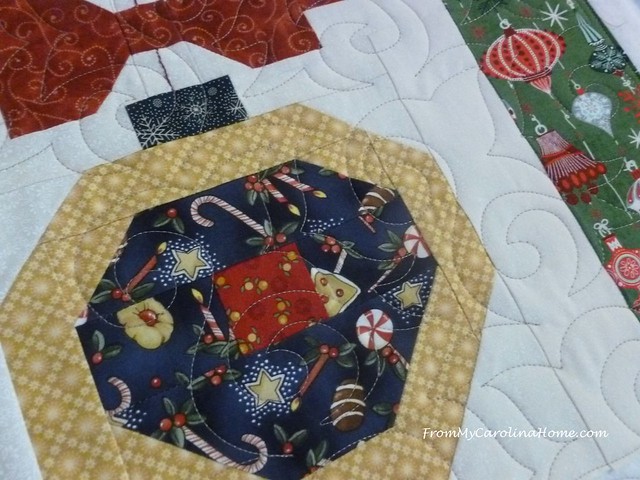 I used a pantograph called Pipeline, as the motif was smaller.  The Christmas pantograph I have called Deck the Halls has a large bell that seemed too big for the small mats. 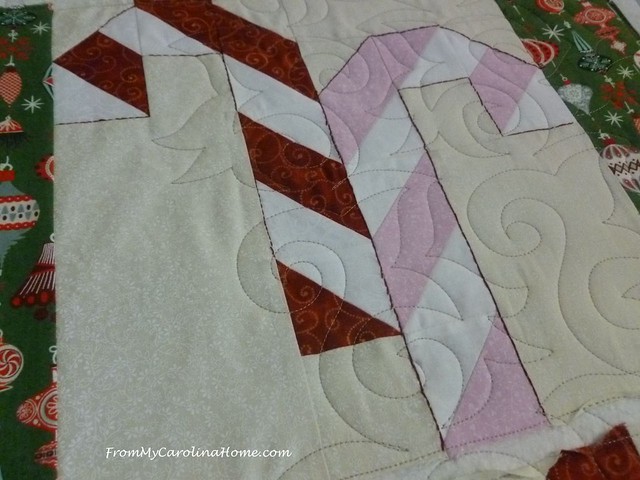 When I rolled the project forward, I stitched down the edges of all the mats at the same time.  This way I can do one pass over the edges and get all of the mats at once on that pass. 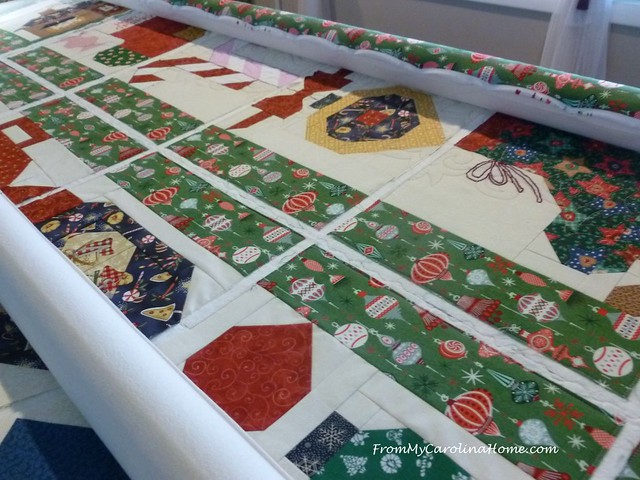 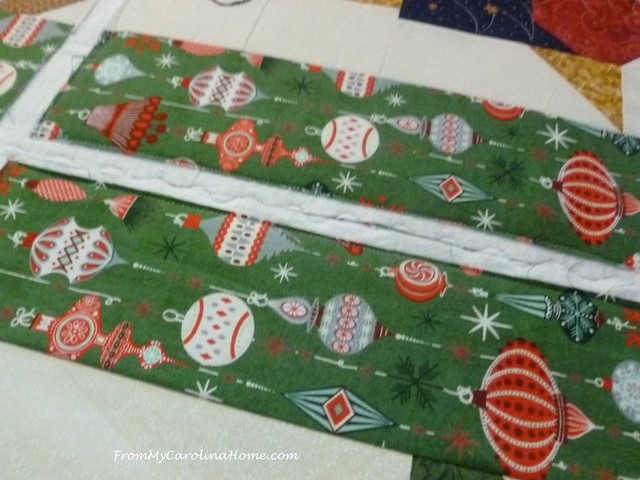 Two more passes and they are all done. 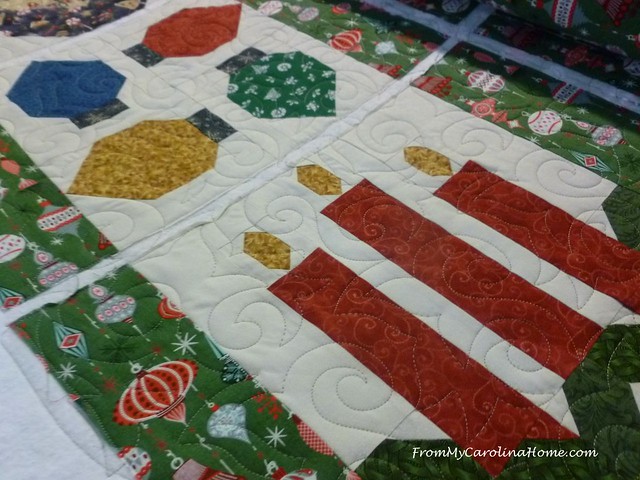 Removing them from the longarm, they are cut apart roughly, then trimmed up. 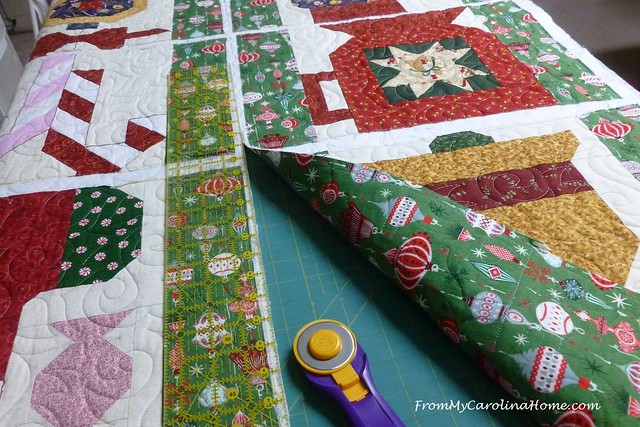 All trimmed and ready for binding. 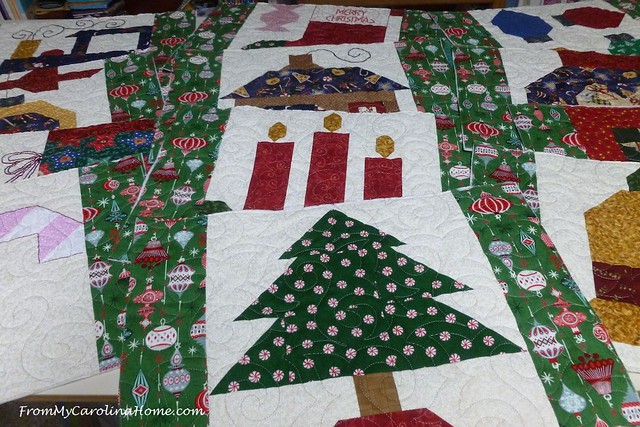 Next was to make 62,714 yards of binding.  Well, at least it seemed like that much, LOL!!  The mats got binding stitched to the front and joined in the usual manner. 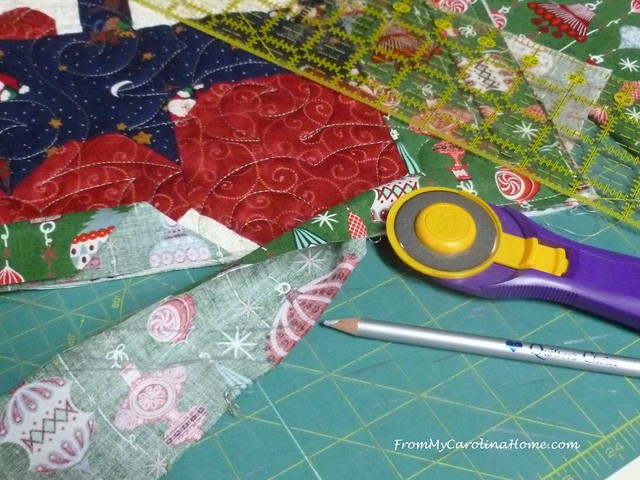 During Sunday TV time watching classic football games, I worked on hand whipping the binding to the back.  This is my favorite kind of slow stitching, and I had 12 to do! 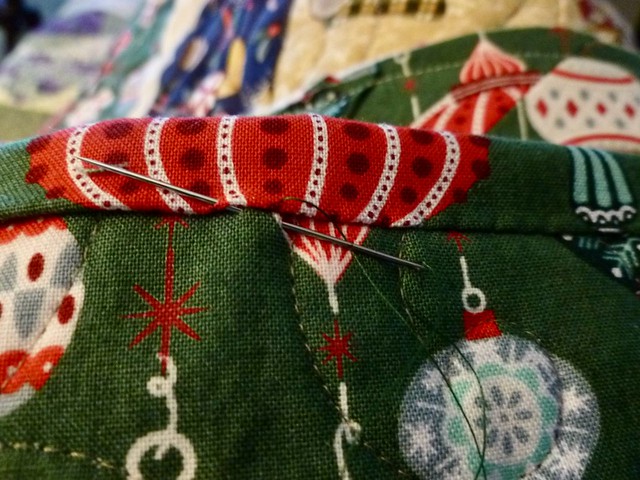 It took a couple of weeks, then four were done. 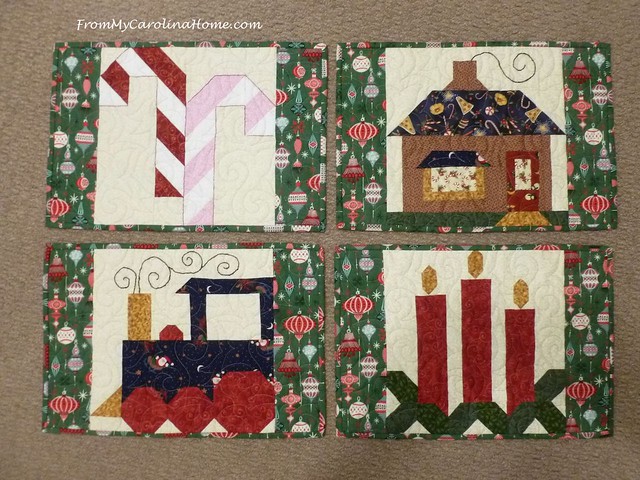 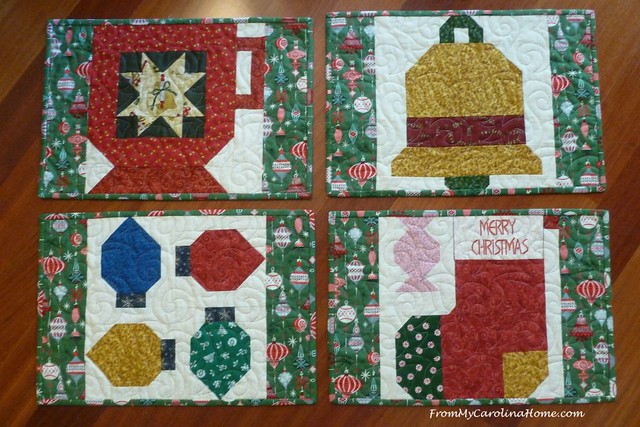 And finally the last four. 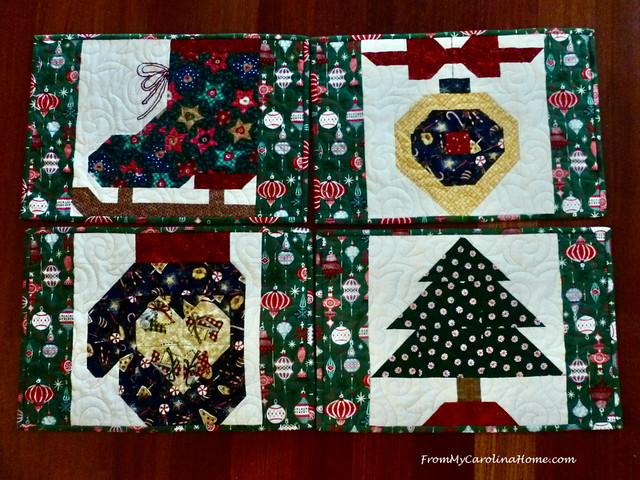