I received these red, white and blue patriotic blocks blocks from sweet friend Melanie almost a year ago when I was looking for some patriotic orphan blocks to make another Quilt of Valor.  She thought they would make a wonderful quilt with the patriotic prints, but needed some help getting it finished, and was willing for them to go to a local veteran here.   I was involved with the Fire Quilt project at the time and I put them aside to assemble later.  They were in a bag with some patriotic scraps, and I forgot about them.  Then I needed to design the projects for Autumn Jubilee project, do that event, and then the Carolina Hurricane Quilt Project began, and I just didn’t get back to it. 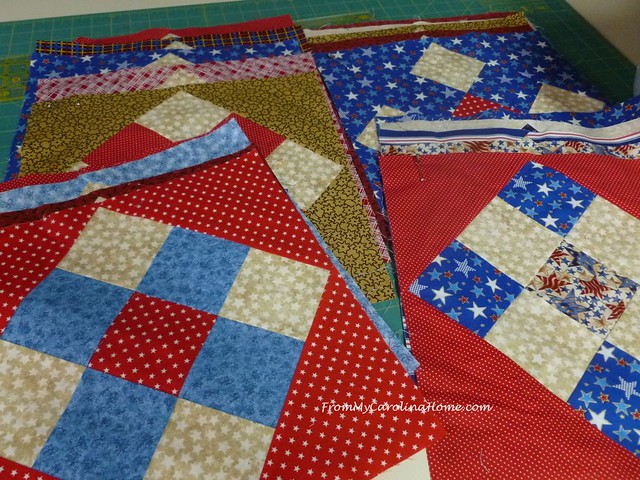 Finally, after Christmas, I found them again.  I needed a quick project to fit in while waiting for the last two tops my friends are helping to assemble for the Carolina Hurricane Quilt Project (click on that link if you missed Sunday’s post).  I figured I had time to do something with them.  I wanted the total size of the quilt to be closer to 60 x 80 recommended for QOVs, so I found some star print on a blue background and added sashing between the blocks.  The blocks are 13-inches. 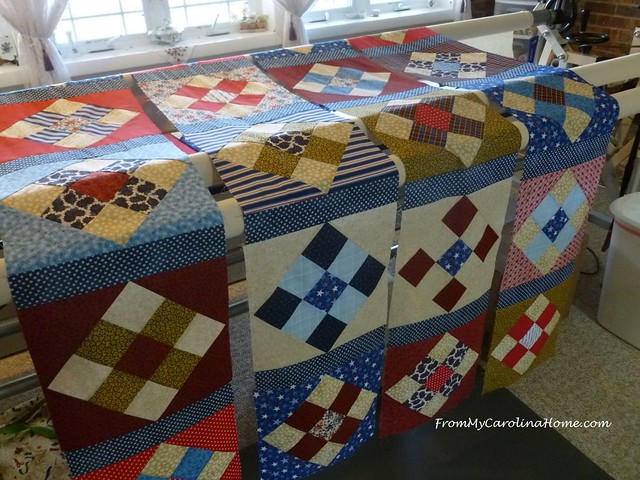 It was right here, when I had the blocks all assembled, that I realized that I didn’t have enough fabric left to complete the outer sashing.  Ah, rats!! 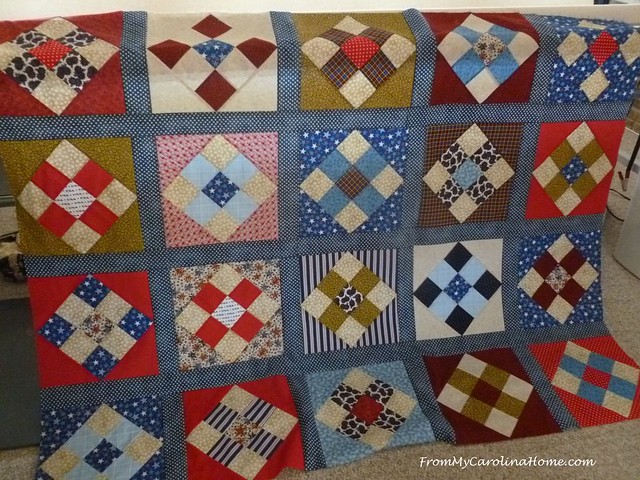 I found a similar print with smaller stars, and put it around the outside edge.  Hopefully it will look like I planned it that way, LOL!! 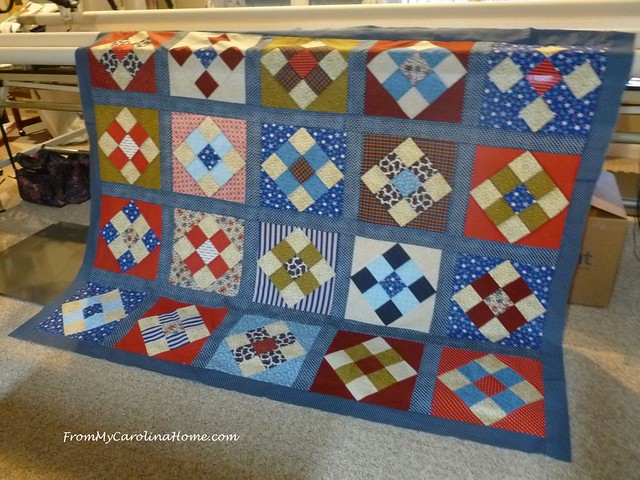 It needed something more to finish it, so I added a red border. 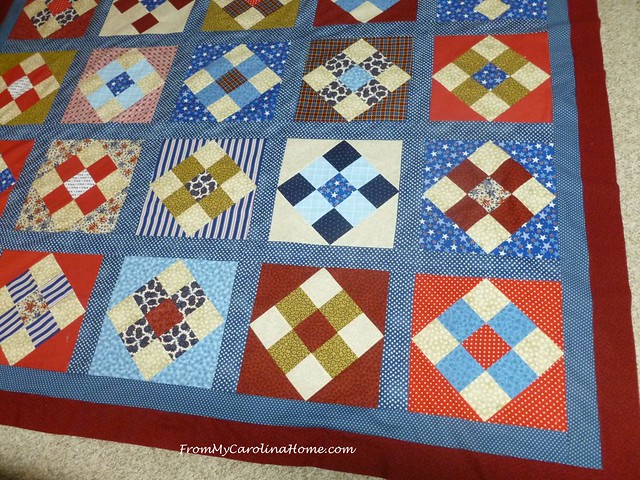 Loading it on the longarm, the only backing fabric I had that would work was a white tone on tone.  I normally like to use fabrics with color and more print on the back.  But, white was the only thing I had enough of that would coordinate with the top. 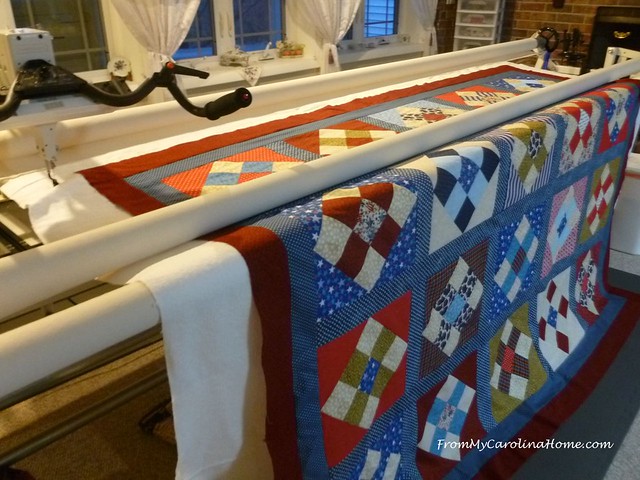 That meant I had to use white thread, not my favorite thing, but to do any other color would show every wobble and start/stop on the back side.  So, it was quilted with white King Tut thread on top and white Bottom Line in the bobbin. 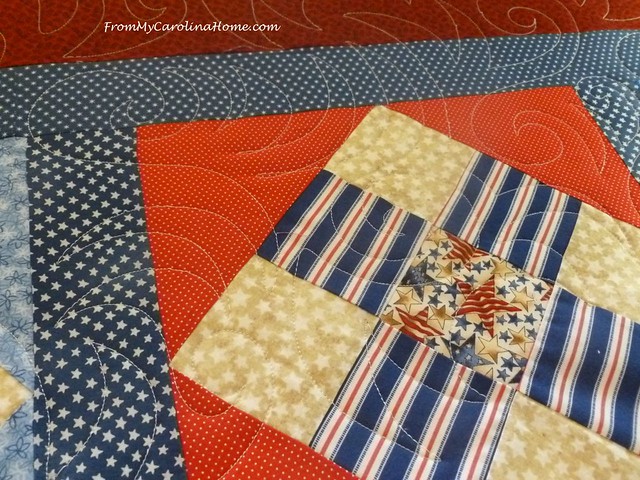 The pantograph is called Tiger Swirls from Urban Elementz, a more masculine motif than the feathers or flowers. 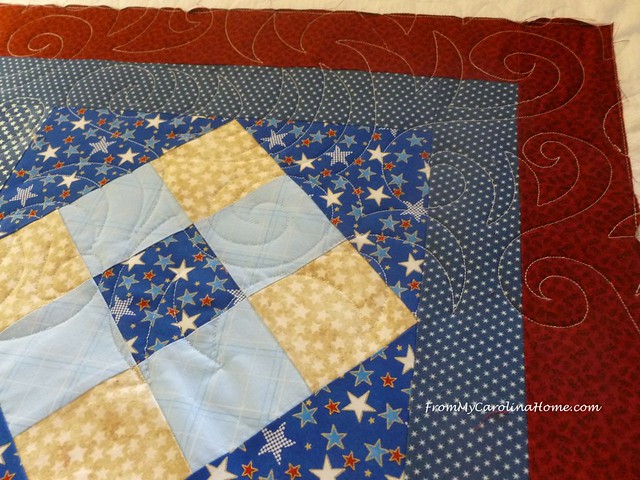 The quilting went smoothly this time, no glitches or thread breaks. 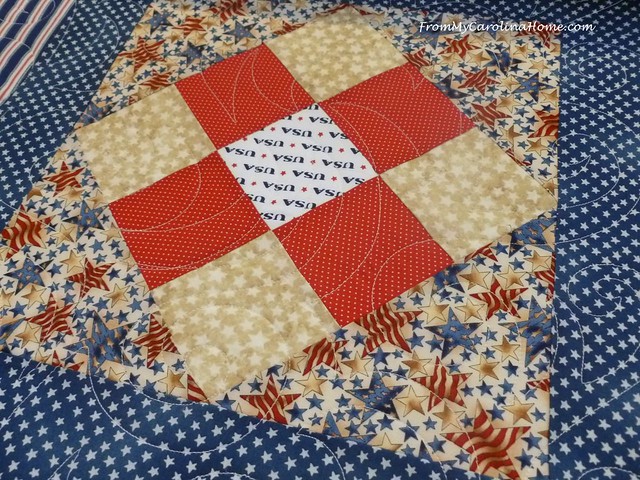 It went so well that I had the entire top quilted in just one day. 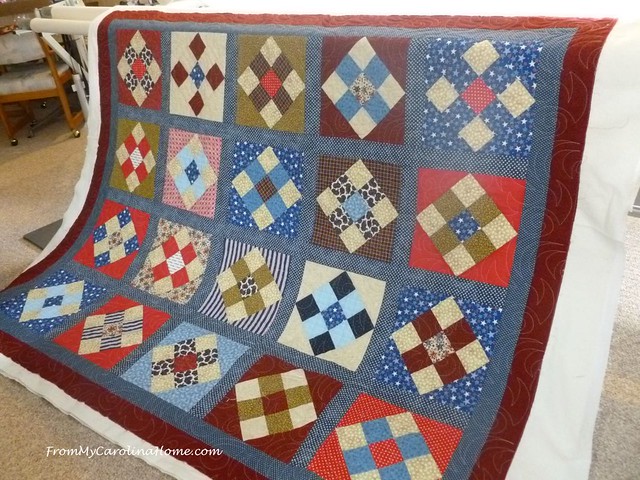 Trimmed up, I used a remnant of a wide backing for the binding, giving me 100-inch long strips, which meant only four seams. 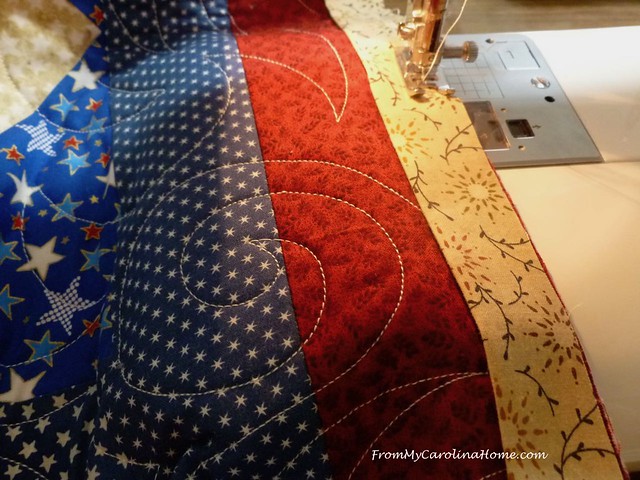 For our veterans, I wanted to do the binding by hand.  I like having a handwork project, as it gives me something to do while watching football games.  Wild Card Weekend was quite a nail biter!! 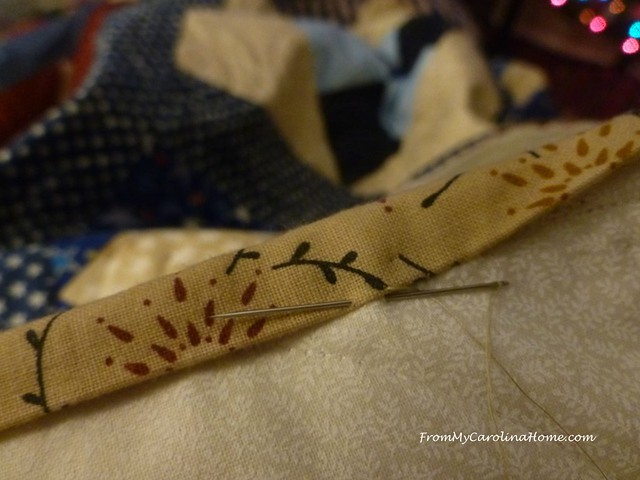 This quilt will be presented in a few months, and I hope I get invited to go to the ceremony.  The last one I attended was quite moving, see that story HERE. 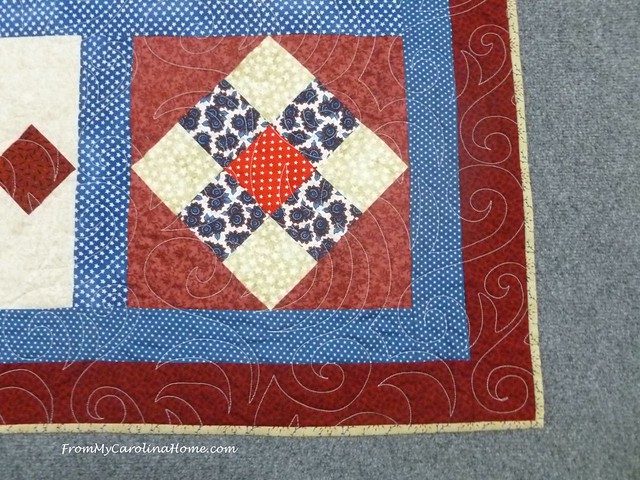 All done.  The quilting shows up in the red border, giving it more pattern.  Still, my first choice would have been blue thread for this one.  Thanks, Melanie, your blocks worked beautifully. 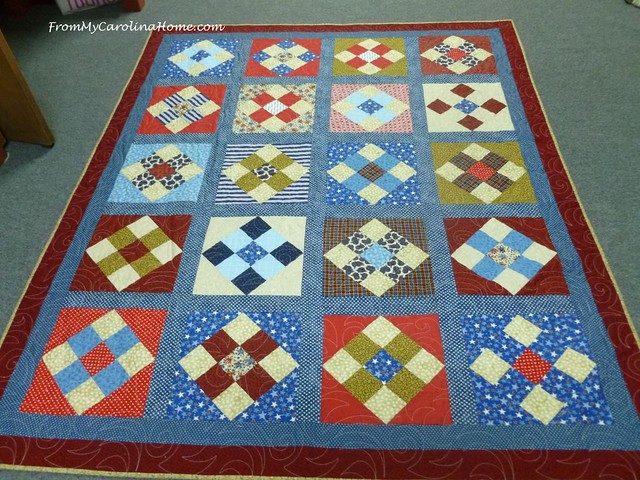 Are you working on a quilt for someone special? 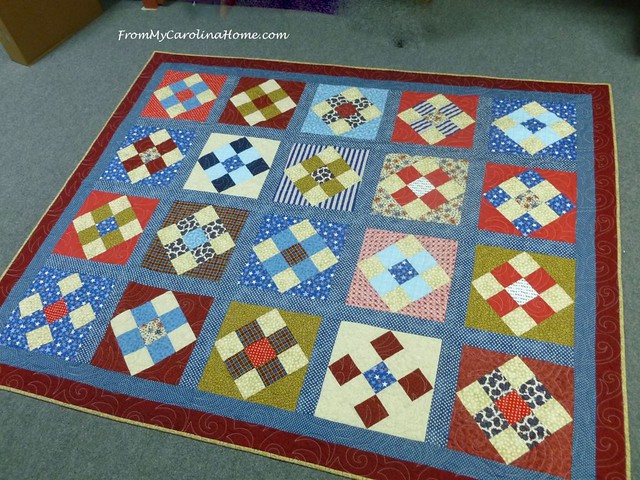 Fat Quarter Shop’s Basic of the Month is Andover Fabrics Scribbles, a great blender 20% off!  Check out today’s Flash Sale!!

19 thoughts on “A Collaborative Quilt of Valor”