Quilting the Orizuru quilt was daunting in the beginning.  The practice piece was helpful in getting me to loosen up and get into the rhythm of free motion.  I then did a few practice squares with scraps.  But when it came time to put the cranes under the needle, I would freeze again.  So I began with the simple stitch in the ditch to at least make progress. As one reader noted, just do a little to break the ice. 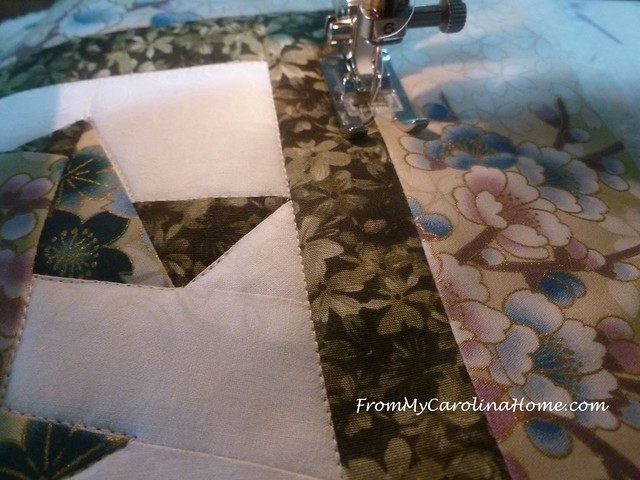 Setting my machine to sew at its slowest speed prevented me from accidentally speeding up and getting off track. 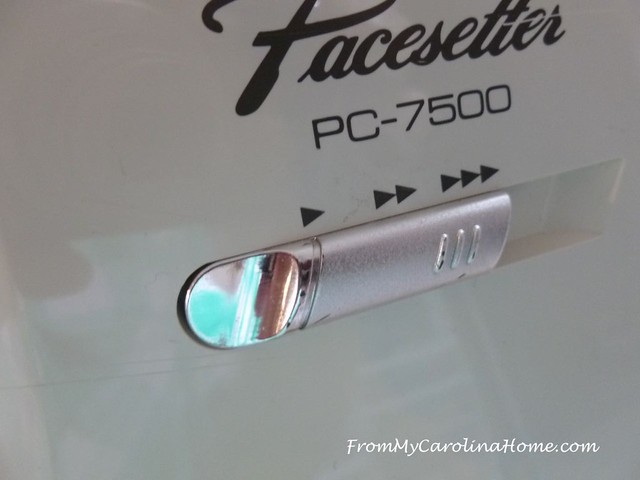 I finally decided that my main fear was rooted in messing up the stippling, getting backed into a corner without a way out, too many starts and stops, or leaving out a section.  The answer was to overcome another trepidation – marking.  I have some heat erasable gel pens, and thought that might be the answer.  I tested the gel on a scrap of the actual fabric I used. 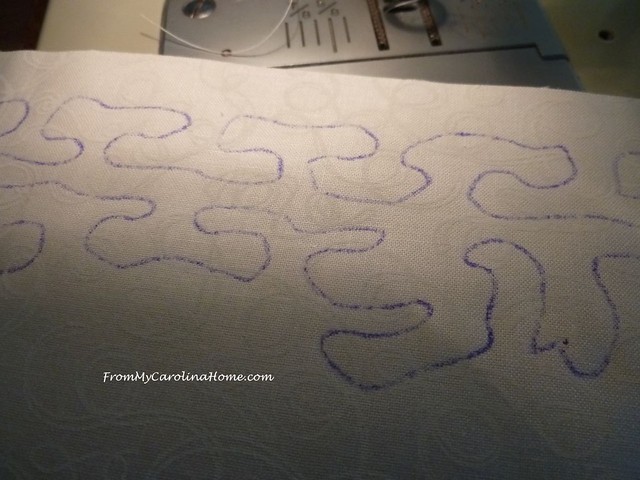 Then sewed on the line and ironed it to be sure it would disappear with the heat. It did. 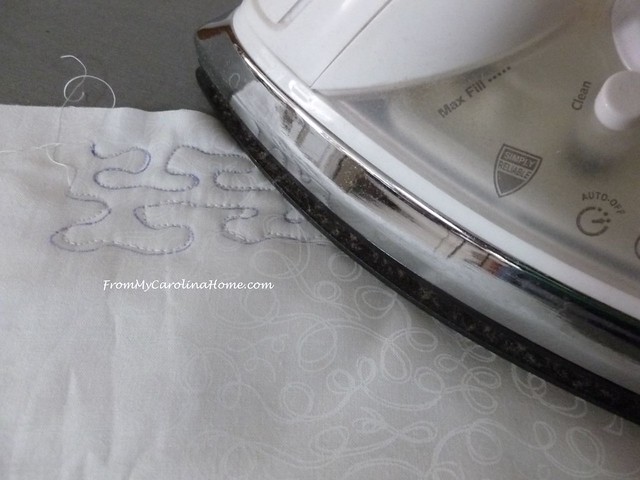 So, I began putting a squiggle line on the background. I made it one continuous line all the way around the piece. 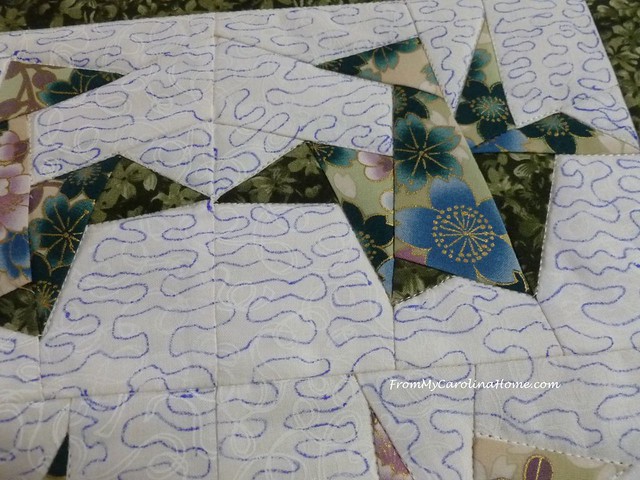 When I finished, I realized that I’d missed a section. 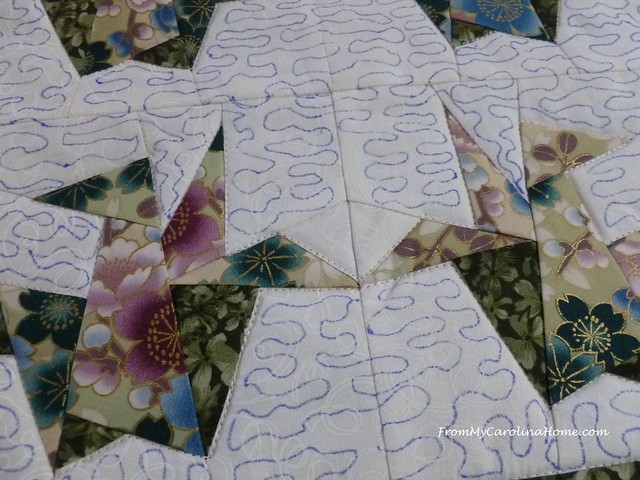 But with the iron, I could ‘erase’ just an opening in the line 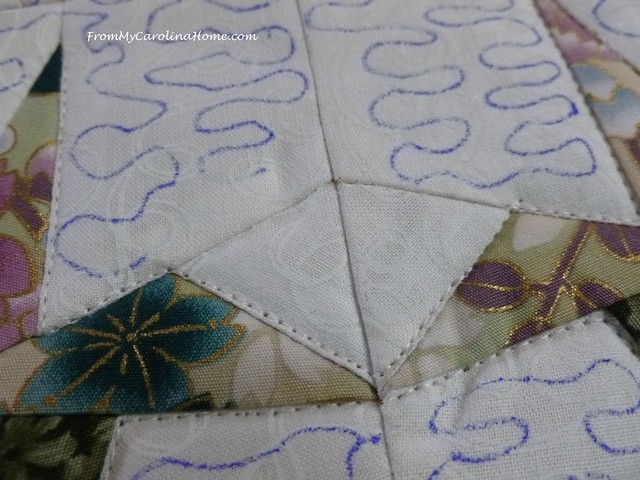 Then redraw to get the spot I missed, connecting back to the original line. 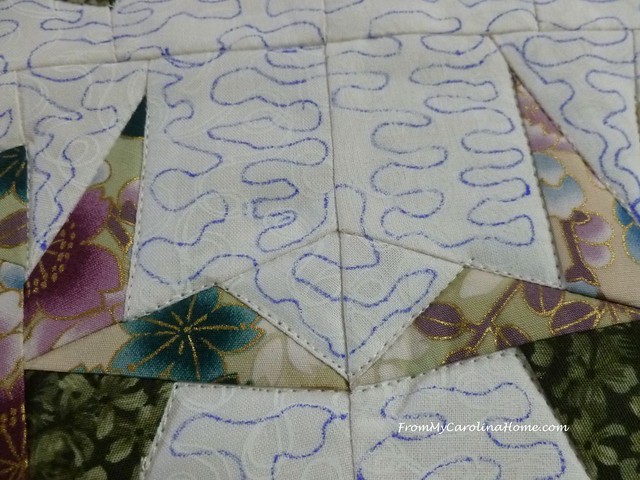 Unlike just jumping in sewing, I could mess with the pattern as much as I wanted before actually beginning to stitch. Then, I began at the corner where my line started, and just followed the line. 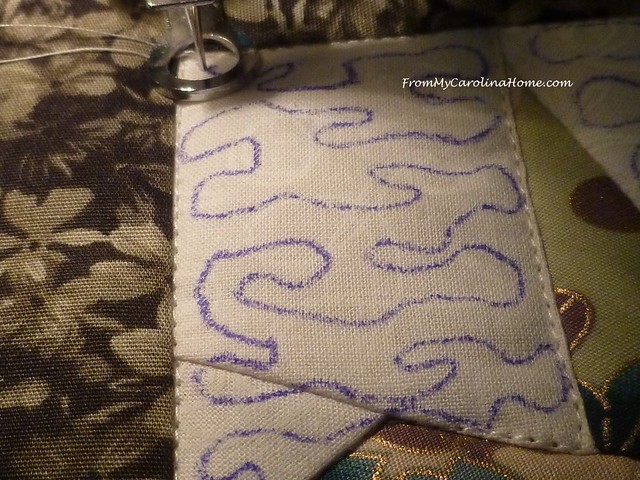 I could stop as often as I needed to in order to turn the piece so my stitching was always on the line in front of the needle where I could see it. 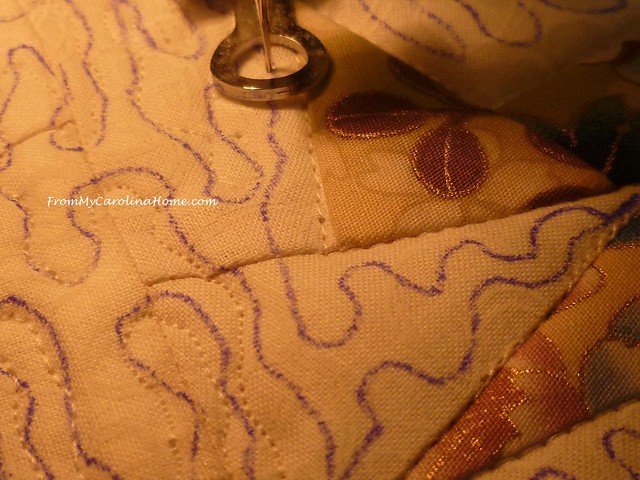 In less time than I imagined would be possible, I was done. 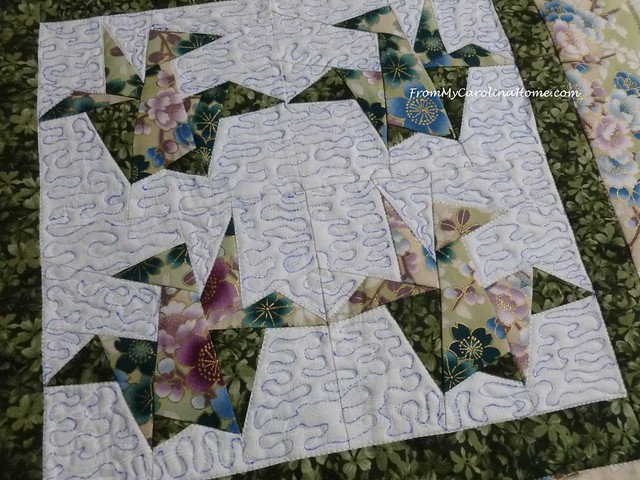 You can see that I didn’t always stay right on the line, but that won’t matter once the lines are ironed away. 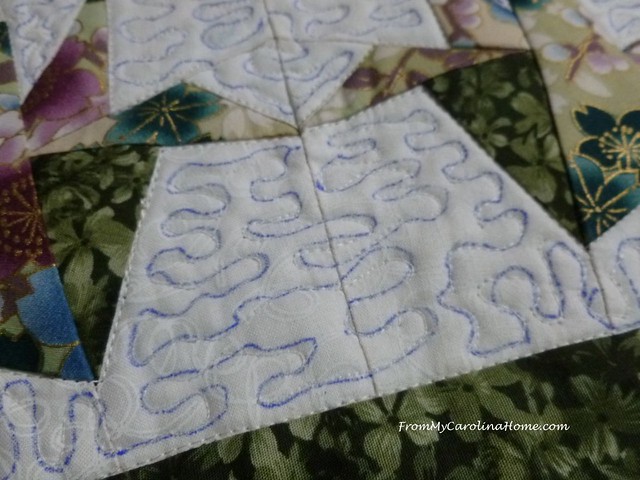 Carefully ironing away the marks went quickly too. 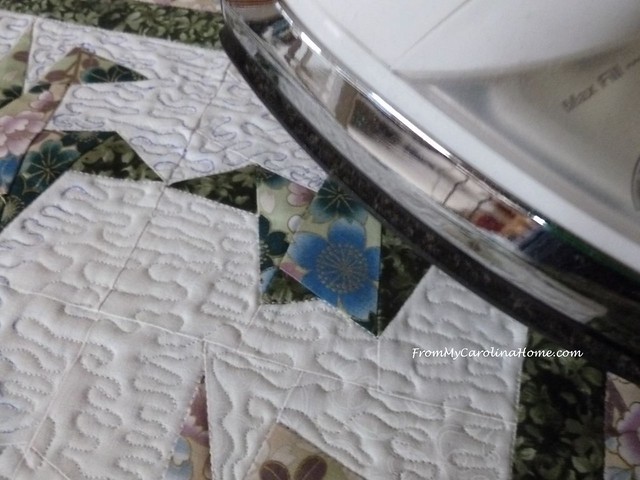 The stippling does make the cranes pop. 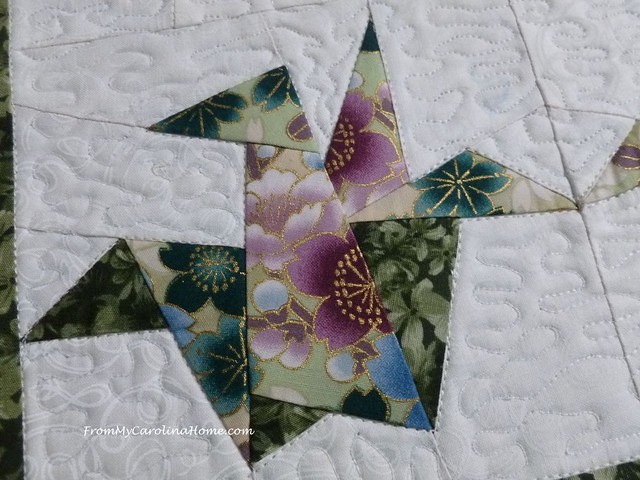 So, the biggest part of the quilting is done.  Next will be the stitch in the ditch for the cranes, and the borders.  Of course, I have come this far, so the borders need to have special care and attention too.  I’ll show you how I finished it up next week.

Do you have a fear of marking? 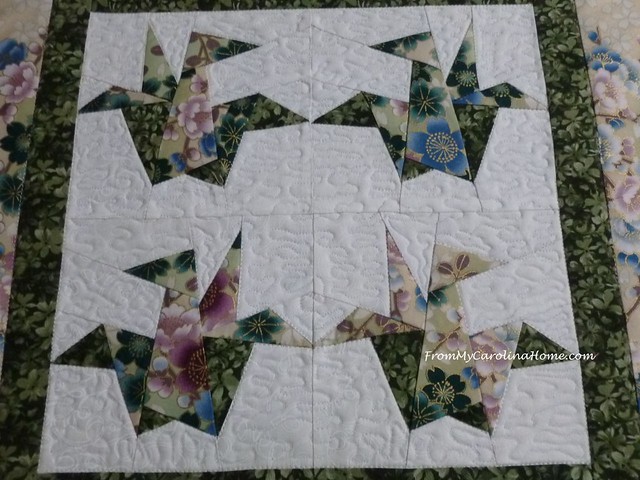