After seeing the Casements House, the gardens and grounds were next.  This is the view from Rockefeller’s office on the second floor.  The grounds went all the way to the water.  He had the retaining wall built so his friends could moor their boats while visiting.  The restoration of the property in the 1970s put a street between the house and the park area.  The park is now used for festivals and events. 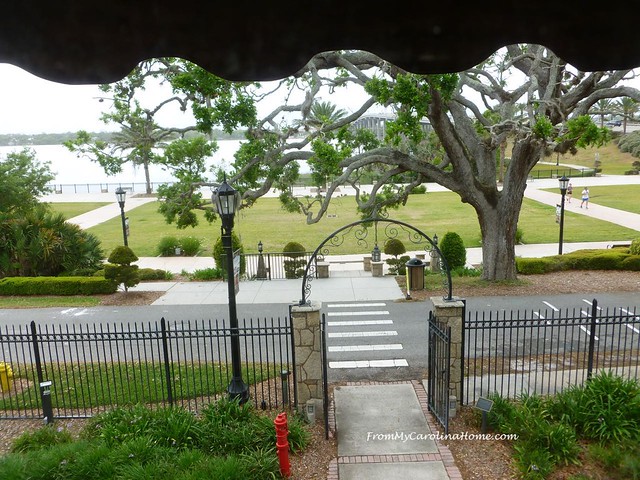 On one day we were here, the park was full of tents and vendors for a running event.  It might have been a good day to bring a picnic while it was quiet like this. 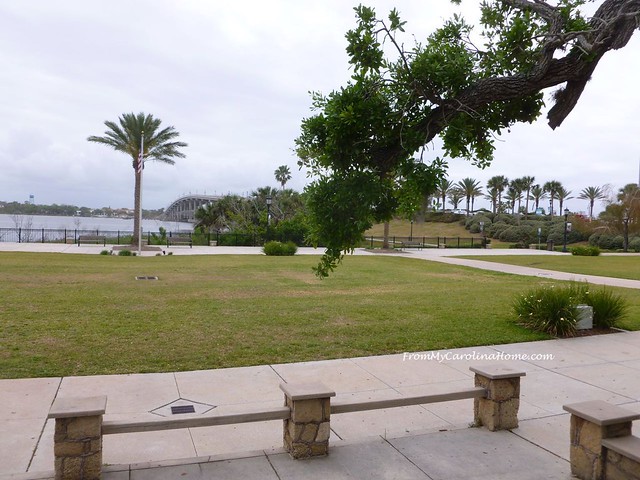 A short walk away is the pond with a fountain, and flower beds. 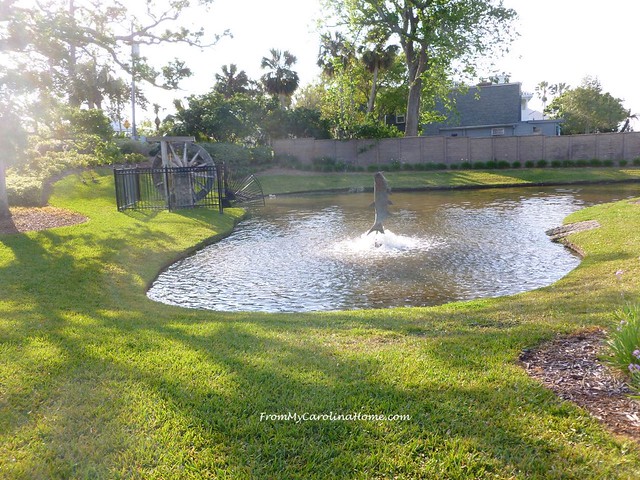 This fish gives the illusion of jumping right out of the water. 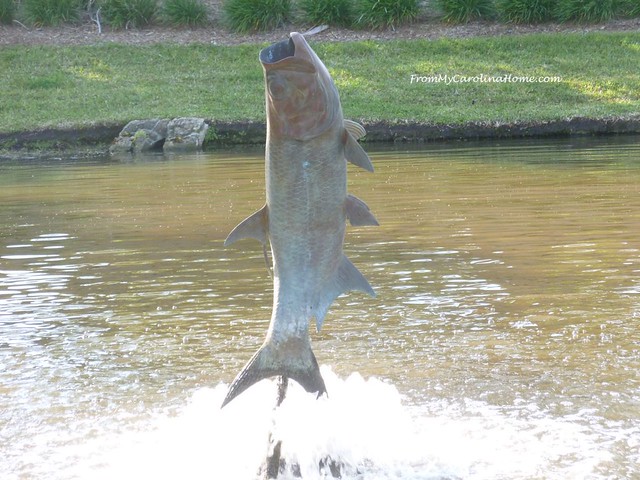 The water wheel was decorative, not functional. 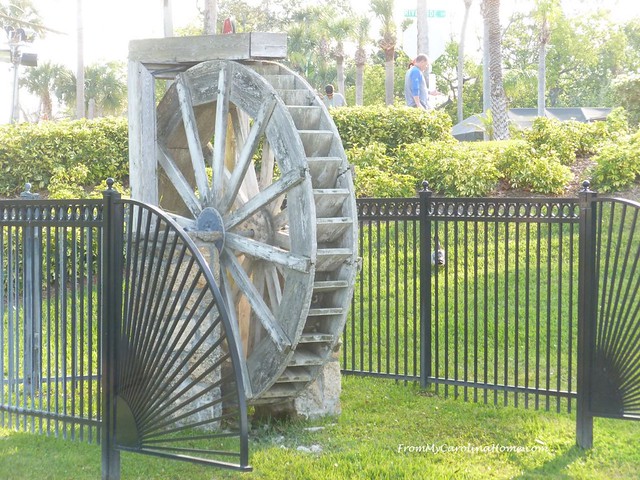 Out in the inlet, a pod of dolphins was moving through, so fun to see. 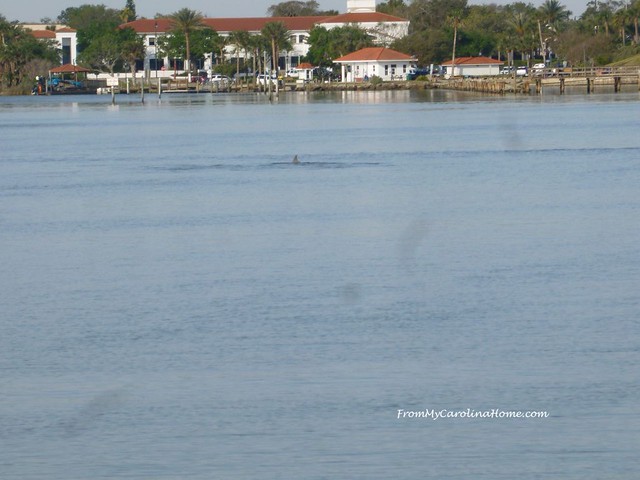 We watched them come up and then dive for several minutes as they made their way up stream. 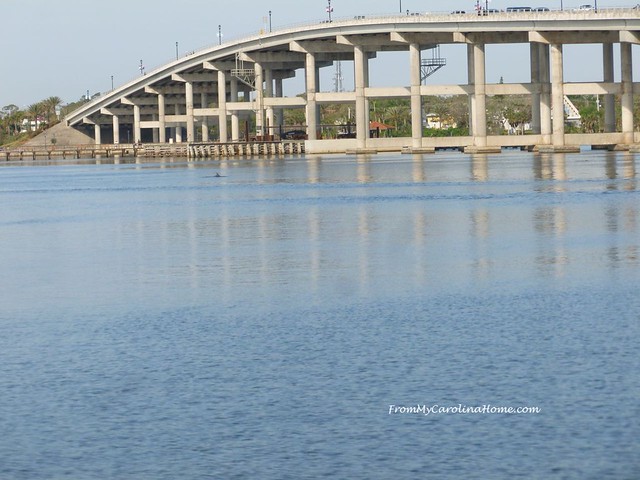 It was in March, a bit early even for Florida to have a lot of flowers yet.  There were a few though, like these begonias coming into bloom. 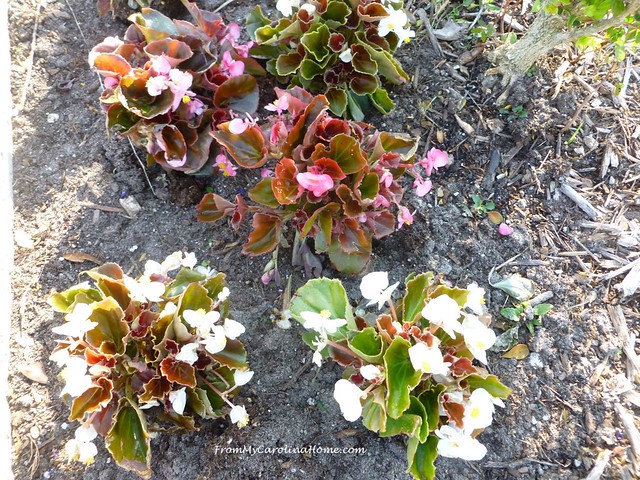 I thought this one was quite unusual, I don’t think I have ever seen one like it.  In some ways it resembles an iris, but I wasn’t sure. Update – thanks to reader Trudi, mystery solved, this is a Dietes bicolor. 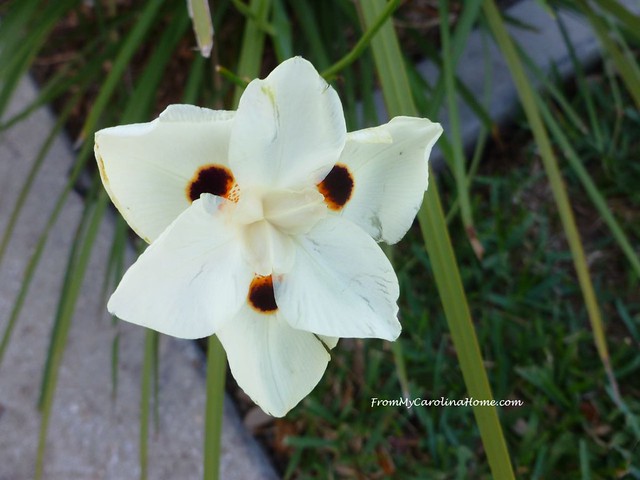 Several of them together, they seem to have the long, frond shaped leaves typical of bulbs and rhizome flowers.  I thought maybe a type of lily, but it doesn’t have the stamens typical of lilies.  So I was back to an iris, or maybe a hibiscus? 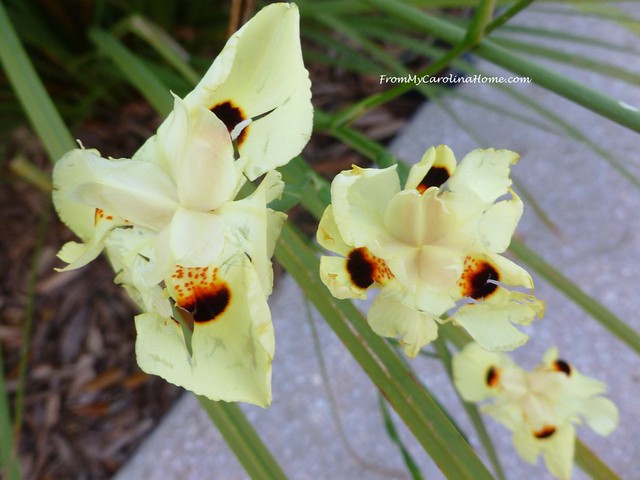 The large tree in front of the house has such great lines.  It was just leafing out. 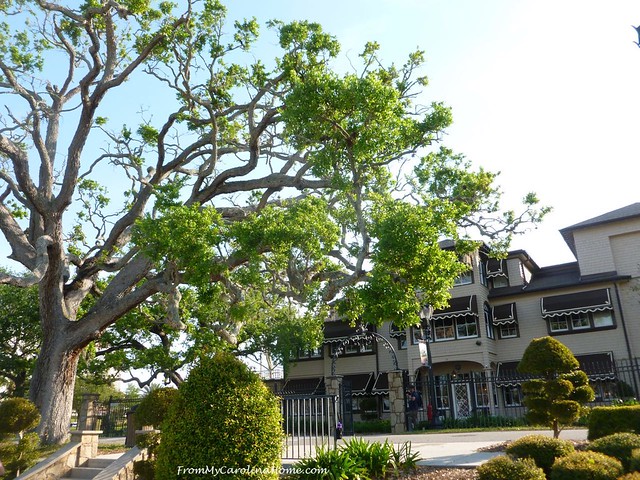 Contrasting the tree against the blue sky, it was so interesting to see the lines of the curved branches.  In the background are the Ormond Beach condominiums, which were built on the site of the Ormond Hotel some years after the hotel closed and was demolished.  The condos are in keeping with the style and colors of the old hotel. 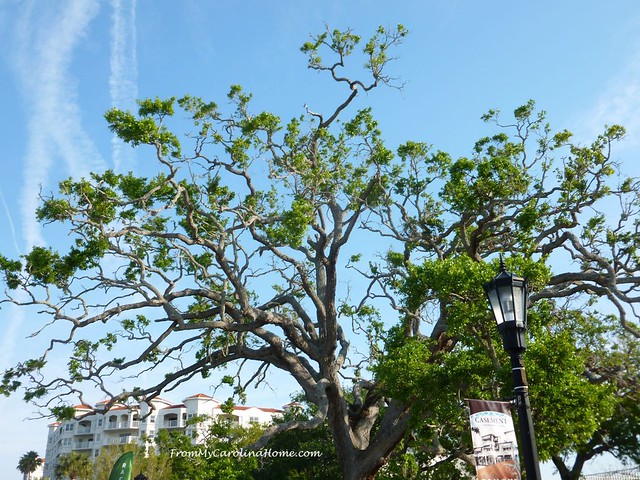 A drawing inside the house shows what the old hotel used to look like.  Only the cupola was saved from destruction as it was demolished. 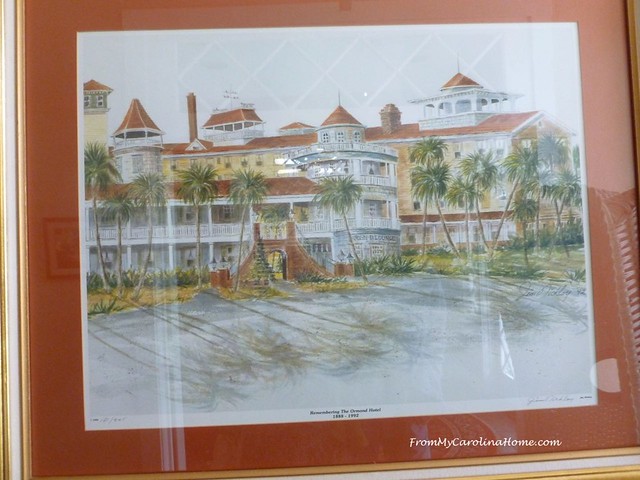 This gazebo was on the side of the house.  We were told that many outdoor weddings occur here every year. 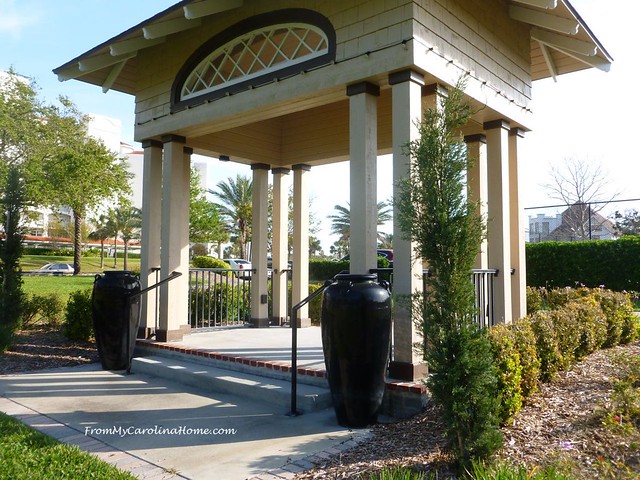 This wicker chair is the only one remaining from the hotel, and was used for guests to sit outside in the fresh air but out of the sun. 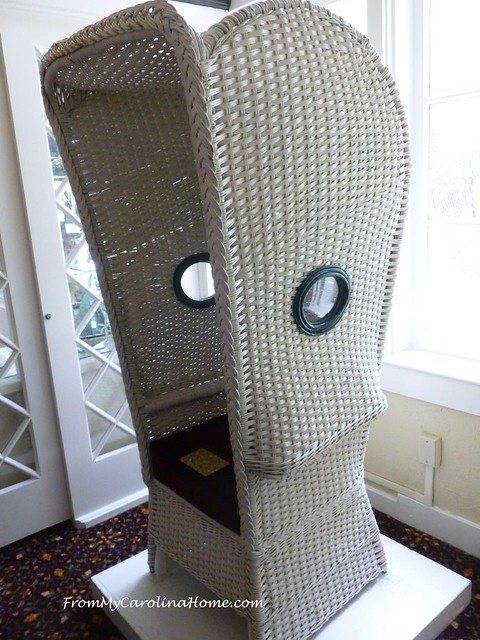 These small purple flowers were in abundance around the house and grounds. 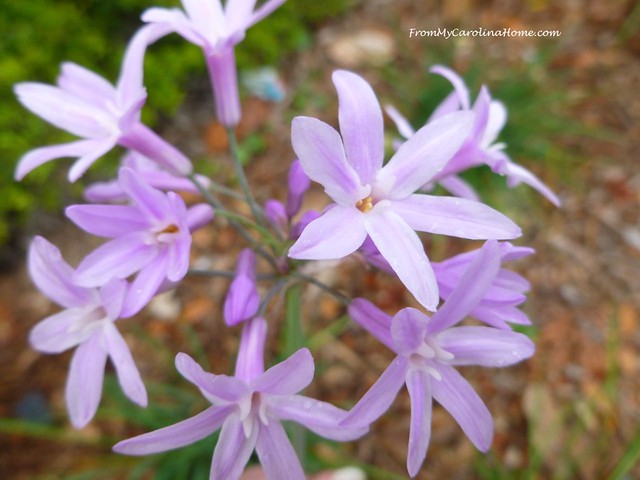 There wasn’t much else in bloom while we were visiting, but it seems like more would be blooming as the year goes on.  We visited a wonderful garden and sugar mill while we were in Florida, and I’ll show that in a couple of weeks.  I’ll also show you my irises that are coming out, and they are going to be gorgeous.  I was out digging in the dirt, planting my seedlings, and pulling weeds last weekend.  So more garden posts coming, more quilting on the way, and more travel too.

What are you up to this weekend?

11 thoughts on “The Casements Gardens and Waterfront in Ormond Beach”