Last holiday season, I had some egg nog left over after Christmas.  I wanted to do something special for a New Year’s day breakfast and just thought eggs, french toast, why not try using the egg nog?  Of course, knowing that DH is a cinnamon hound, it wasn’t hard to figure out what to add. 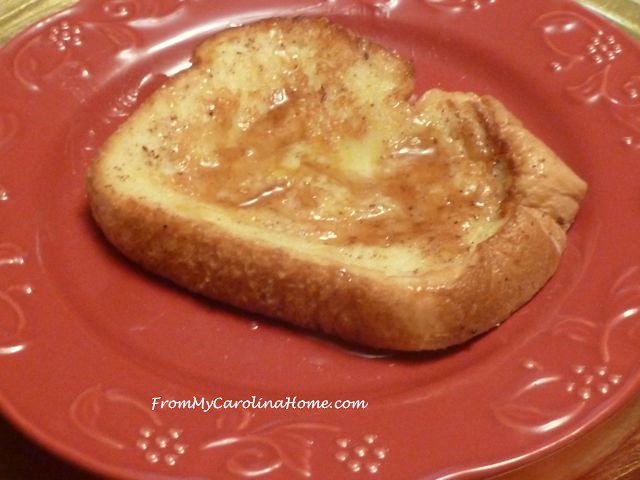 We like the light egg nog, a lower fat variety.  Buttermilk bread is wonderful here, or the Italian style is great too.  Either way, use a thicker sliced bread that can stand up to the egg nog mix.  Even a multi grain would be good, and maybe add a bit of texture to the toast and you could tell yourself it is more healthy, LOL!! 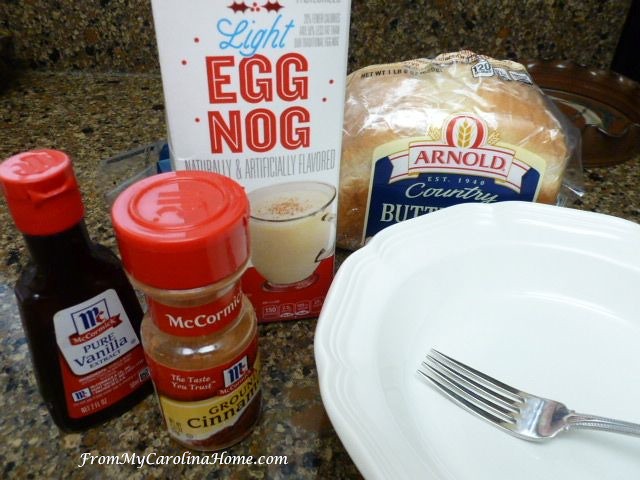 Before you start mixing, set out the butter so it can soften, and warm up the syrup in the microwave. 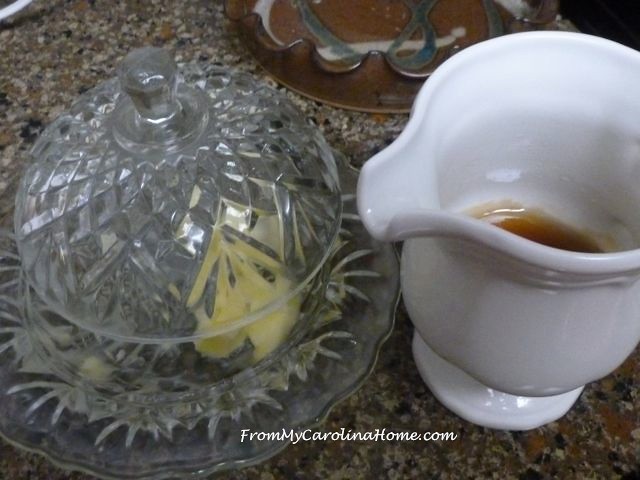 Pour some egg nog in a bowl, add cinnamon and vanilla to taste. I used two teaspoons of cinnamon to one and a half cups of egg nog, with just a few drops of vanilla. 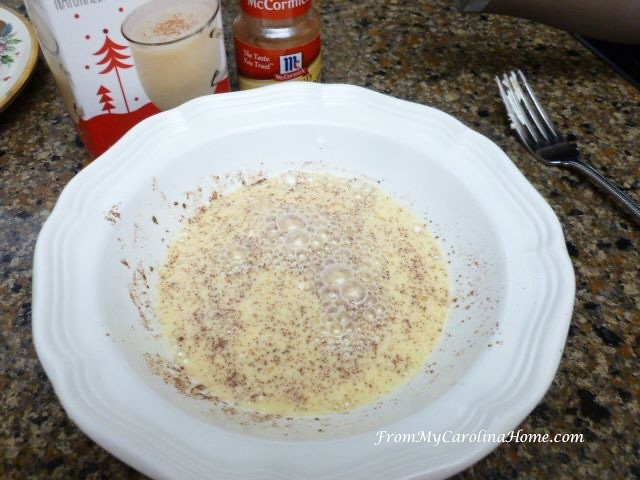 Quickly dip both sides of the bread and add to a medium high skillet.  Don’t move it around, let it cook. As the slices brown, they will release from the skillet. 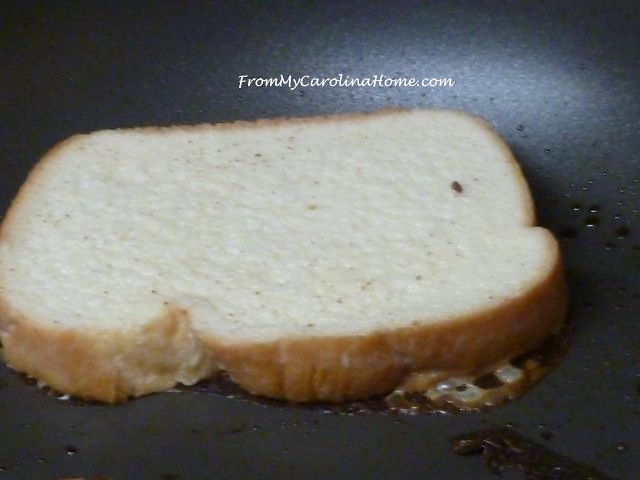 A larger skillet can handle two slices, just be sure they have room. For DH, two is better than one. 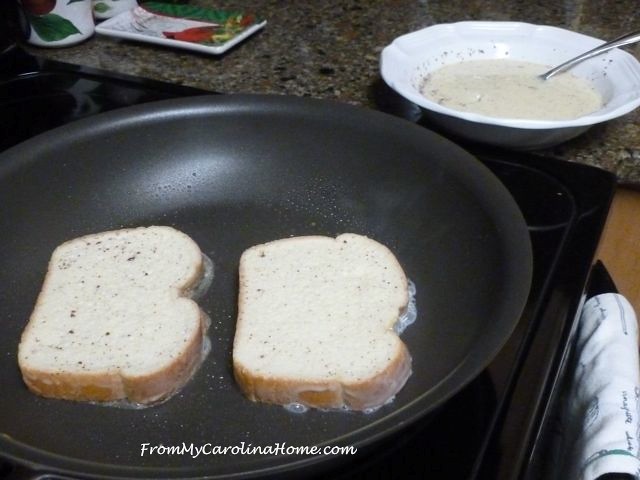 Flip over and let the other side cook. 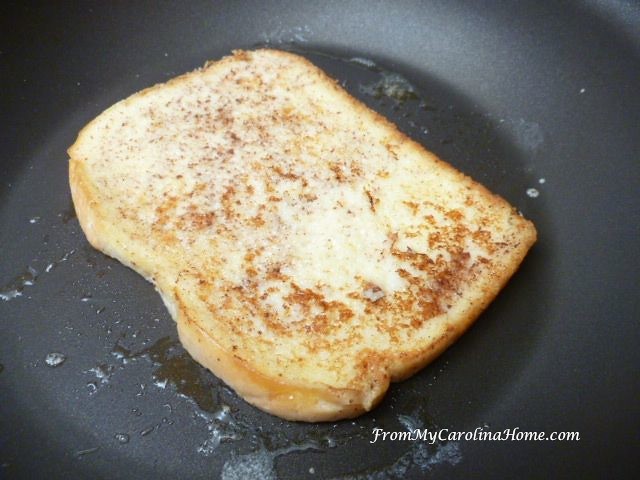 Serve hot. I actually like mine with just a touch of butter. 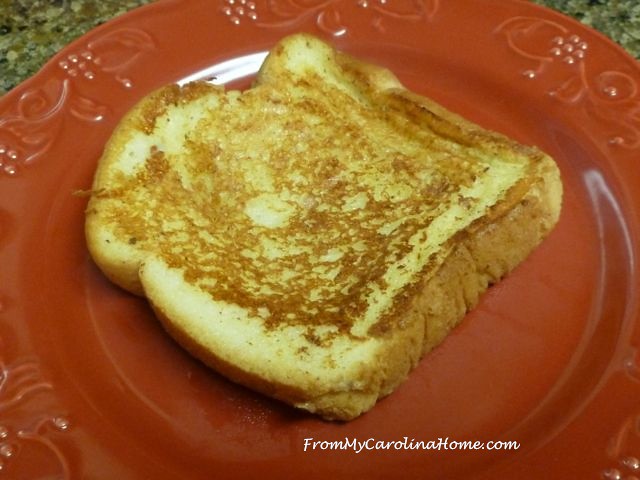 DH likes his with syrup. 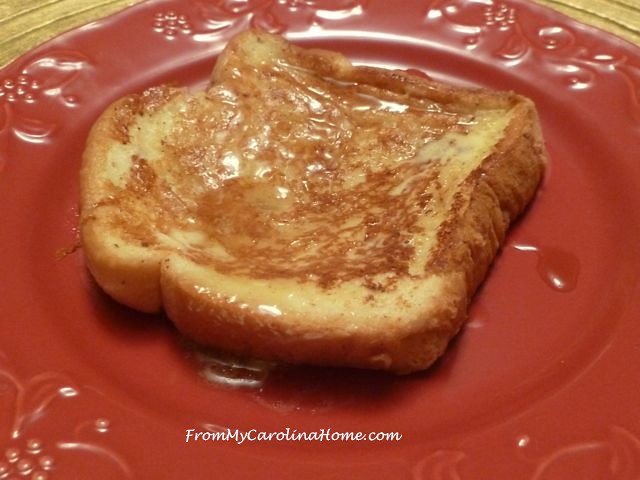 This year, I bought the egg nog earlier than usual just so I could make it Thanksgiving weekend. Easy and fast, but very special breakfast for holidays! 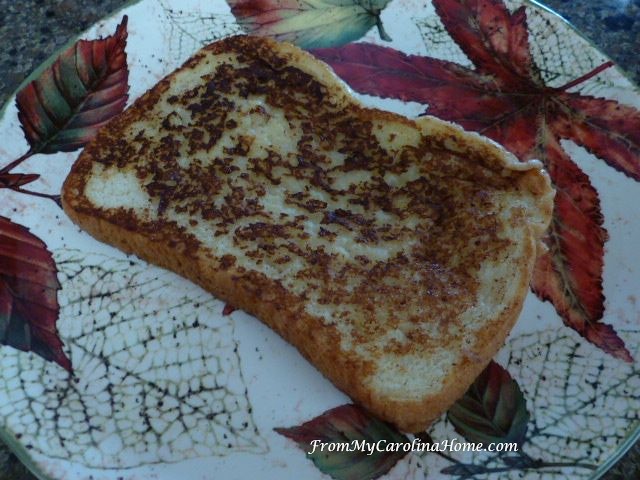 Mix egg nog with cinnamon and vanilla in a wide bowl. Preheat skillet on medium high heat and spray lightly with cooking spray or brush thinly with butter. Quickly dip bread slices in mixture, and place in hot skillet. Cook 1-2 minutes, until lightly browned, or darker as you prefer. Flip bread slices and cook other side. Repeat with additional slices of bread. Serve hot with softened butter and warmed syrup as desired. One cup of mixture will make about 4 slices of french toast, serving 2 people. 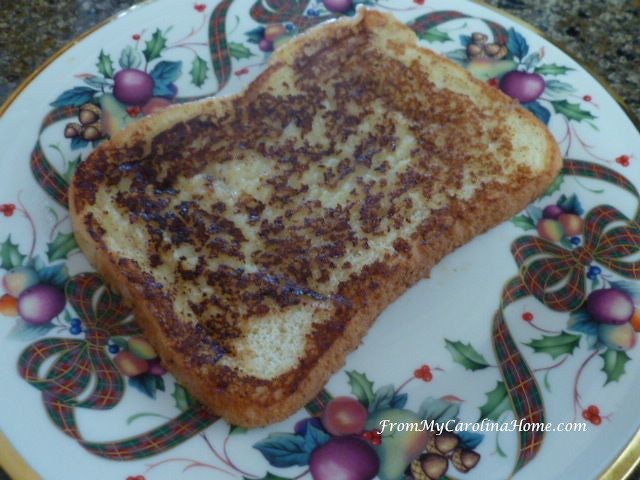 Are you making a special breakfast this weekend?