The last competition I entered at the Mountain Regional State Fair was a Blueberry recipe competition sponsored by the NC Blueberry Council.  The rules for this competition were a bit different, as the focus was on the health benefits of blueberries, not their use in sweets.  In fact, for scoring purposes, healthy was 50% of the total, with ease of preparation 25% and taste 25%.  In addition, at least one cup of the blueberries had to be used unprocessed, and not part of a mix ingredient.  To me that meant using the whole berries, just washed and added to the dish.  So, I went with a Spinach Salad. The recipe was tested on my friends at a Summer Luncheon with a basic Blueberry Vinaigrette. 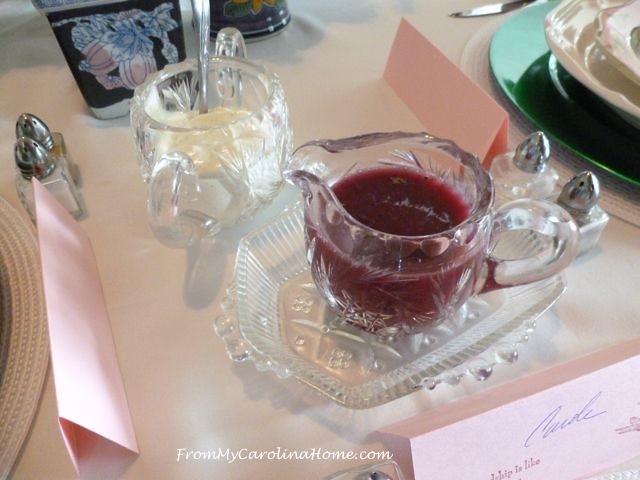 I knew the blueberries had to be the main taste, and I still wanted to use a Blueberry Vinaigrette, but for the competition, an ordinary one would not do.  It needed to have some special punch, so what could I use?  Something that would pair well with blueberries but be a surprise. If only I had something fresh…. 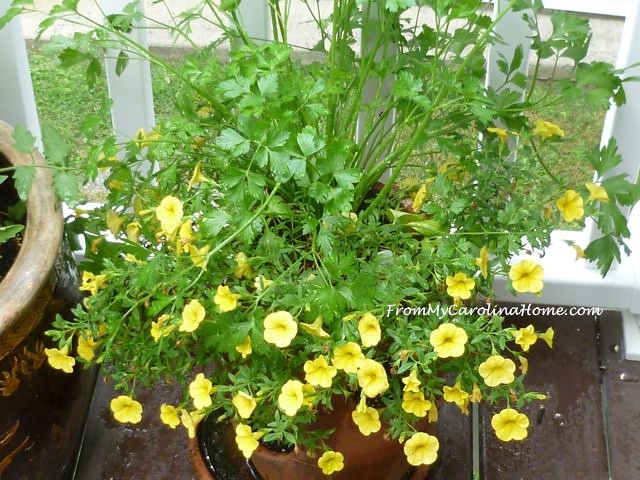 something flavorful, from the garden perhaps… 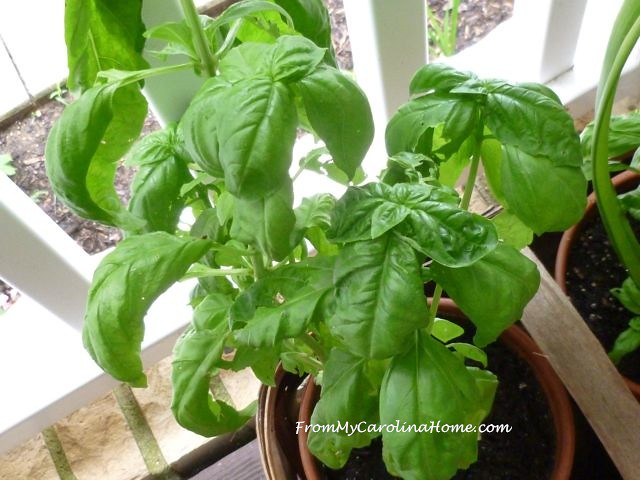 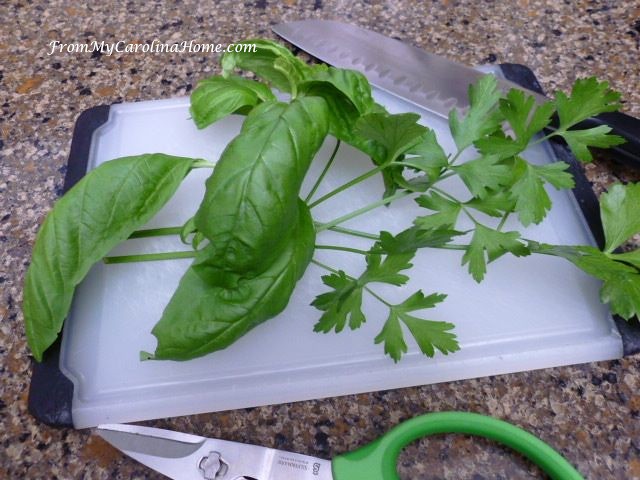 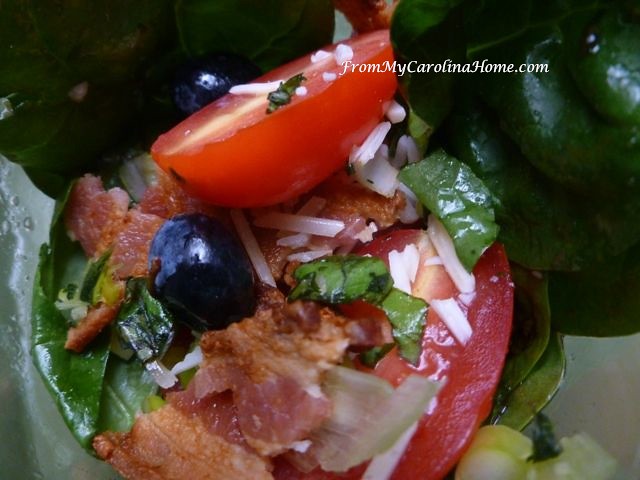 Stepping out to the veranda, I cut several basil leaves, and also grabbed some of the fresh parsley.  I chopped the basil and parsley, and added them to the oil and balsamic vinegar, along with the spices.  The blueberry flavor was added by using blueberry pancake syrup.  The syrup acted like an emulsifier, keeping the dressing from immediately separating and blending the flavors.  It also added a bit of sweetness to the dressing.  Blueberry Basil Vinaigrette was created. 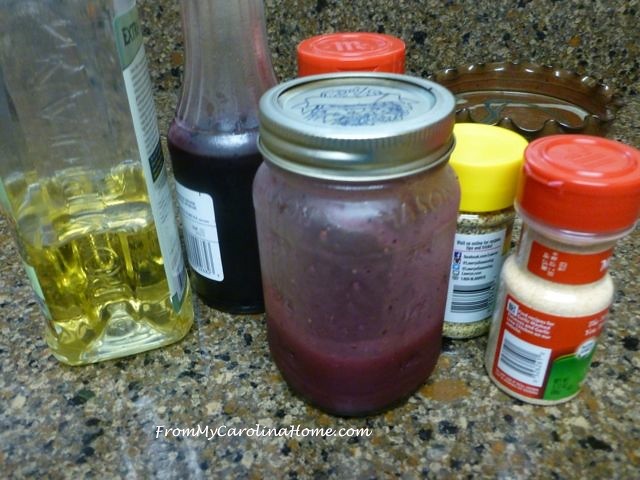 I constructed the competition salads individually so I could compose each serving, ensuring that each one had the right balance of elements.  I wish I had remembered to take a picture of the presentation as I thought it was quite pretty.  I froze water in the bottom of a circular tray, put fresh parsley around the ring, then placed the five servings of salad on top. 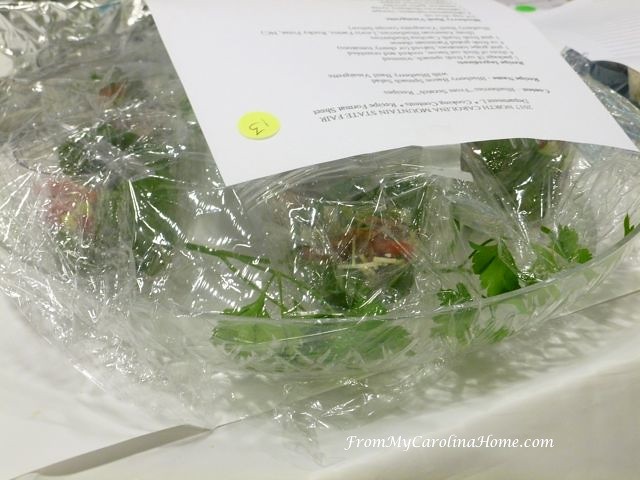 The salads were very lightly dressed, and additional dressing was put in the middle of the tray for judges to have more if they wanted.  And they did, as it came back with a lot less in the mason jar. 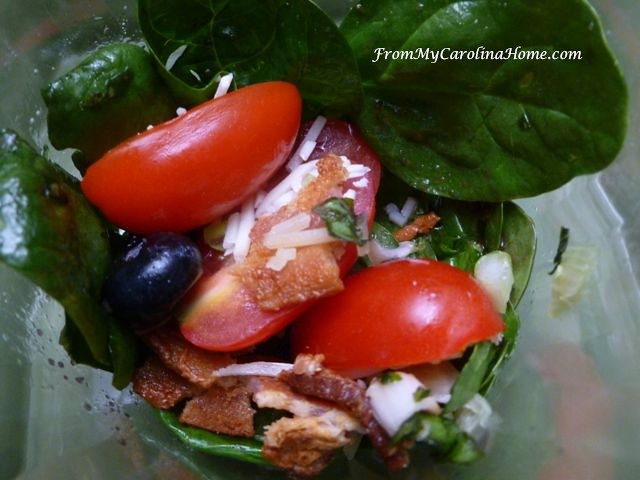 Each one was covered with plastic wrap, and a fork was placed on the top. 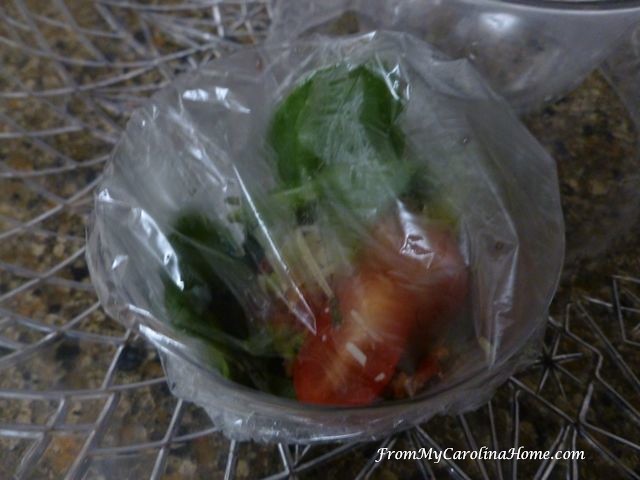 Turned in to the judging, mine is on the left of the picture in the front. There were 23 entries in this contest, so very stiff competition. 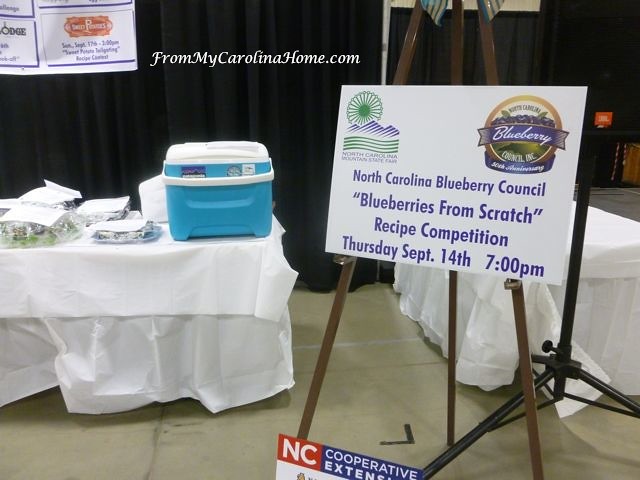 And I couldn’t get any more pictures, as I was absolutely blown away as my name was called first as the Third Place winner!! I got this one when I got home of the ribbon.  There were photographers there, and I have no idea where they were from.  Perhaps local newspapers, but so far I haven’t been able find a report anywhere.  The fair doesn’t put winners on its website, so I know that wasn’t it.  It was a swirl of people wanting pictures of me and the other winners, asking about the recipes, and congratulations from the other contestants.  For several minutes I could only stand in one place with a big grin on my face.  It was thrilling. 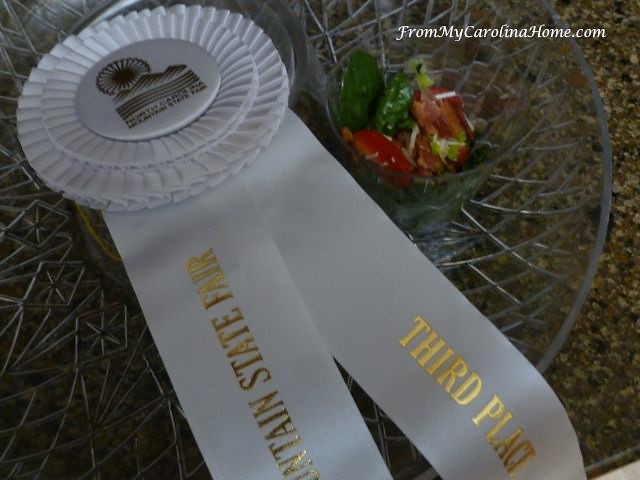 No, the Blueberry Council didn’t have any aprons, LOL, but I had been hoping.  Here’s my recipe.

Combine all ingredients for dressing in a small jar, cover and shake very well.
Combine salad ingredients in a bowl, and dress lightly with Blueberry Basil Vinaigrette. Toss. Serves 4.

24 thoughts on “Blueberry Competition at the Mountain State Fair”