Three recently read books have really caught my attention, two fiction with culinary themes, and a non-fiction cookbook.  After doing the sewing/quilting book review series last September, I had a couple of marginal reads to one truly bad read (reviews are on Goodreads) interspersed with quick cozy mystery reads. Then I picked up Delicious by Ruth Reichl, her first fiction novel. I have thoroughly enjoyed her non-fiction books, both her autobiographic accounts Tender at the Bone of her early years, and especially Garlic and Sapphires – a tale of her years as an undercover restaurant reviewer.  I still have Comfort Me With Apples on the To-Be-Read pile.

Delicious is the story of a young woman named Billie, who takes a job at a food magazine. She quickly demonstrates her commitment to the challenges, and folds into the magazine family, only to have the it suddenly shut down. She is offered a position to maintain the hotline for recipe inquiries and complaints wanting the money back guarantee, remaining as the only employee in a deserted mansion in downtown New York. Finding a mystery in the magazines archive, she discovers a hidden room, and the letters of a young girl, Lulu, writing to the legendary James Beard. Through those letters, and an arcane filing system of organizing them, Billie learns about history, the history and challenges of food during the war years. Lulu’s courage battling her own heartache inspires Billie to confront her own tragic past. 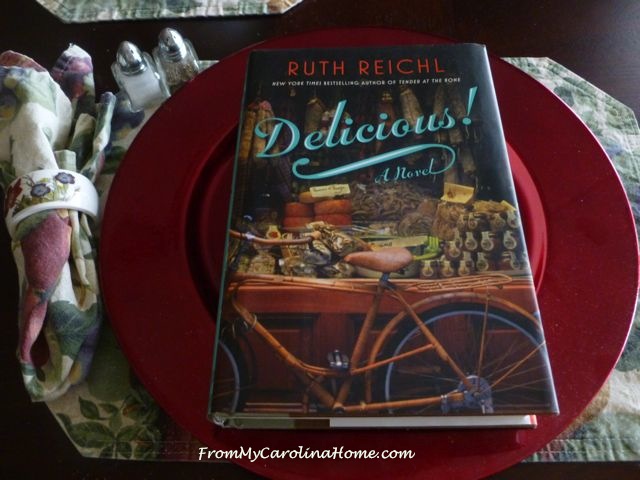 This was a thoroughly enjoyable read with a different kind of story, one of the few times I’ll give a novel five stars on Goodreads. Ruth Reichl’s writing is superb, engaging interest quickly and making it difficult to put the book down. Her characters are well rounded and real, with raw emotion just beneath the surface apparent when the source of her main character’s anxiety about cooking is revealed. This is a must read for any fan of Ms, Reichl, any foodie, or anyone looking for a wonderfully different story.

The next book with a culinary theme was suggested by my book reading buddy, Kelly. We meet every couple of months to discuss a book we both read. This time was her turn to choose, and she picked A Place at the Table by Susan Rebecca White. The story is told from three different viewpoints. It begins with Alice, a young black girl living in 1929 Emancipation Township, North Carolina, subject to the plight of poor people and the persecution of her race. She escapes to New York, becoming the chef at a restaurant called Cafe Andres. Later she writes a cookbook with recipes from her time in the south. The story picks up in the 1981 with Bobby, a young gay man, escaping from his own persecution. He comes to New York, and apprentices at Cafe Andres, after Alice has left. He finds a home with Sebastian, and lives through the horror of AIDS. The third story begins in 1989, with Amelia coming to the city in the aftermath of her husband’s affair and subsequent divorce. She leaves her wealthy comfortable Connecticut home, only to find a connection with Alice that redefines who she really is. 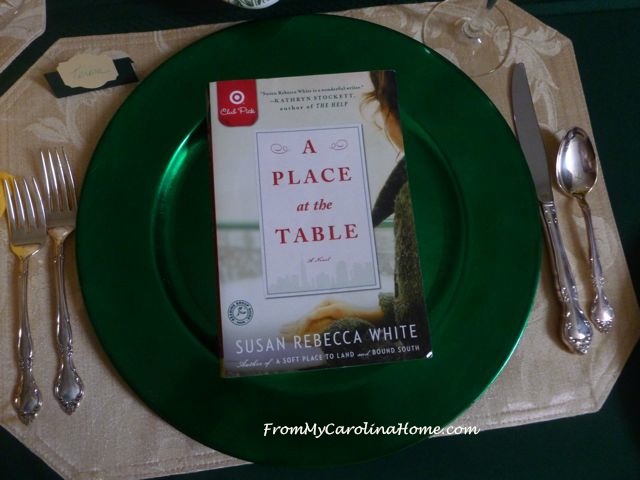 This is a beautifully written novel about three different people with very different backgrounds, escaping their troubled lives to New York City. Throughout the novel there are references to comfort foods and experiments with new culinary ideas. This novel is so well written, with rich imagery and detail in the lives of the characters. The well developed storyline is written in a convergent style, and a twist at the end that I did not see coming.

The non-fiction book is At Elizabeth David’s Table, Classic Recipes and Timeless Kitchen Wisdom.  This is so much more than a cookbook. For the non-foodie reader, Elizabeth David is an icon in the culinary world.  Ms. David was a world traveler, living a bit of a wild life for her time in France, Italy and England, and one of the first food writers for magazines.  In 1950, her work A Book of Mediterranean Food was published, followed quickly by French Country Cooking in 1951.  Long before Gordon Ramsay, she became an superstar in England but was, and still is, virtually unknown in America.  At the time Julia Child was working on her book of French cooking in Paris, Elizabeth David had already published five works concentrating on the food of five different regions – the aforementioned Mediterranean and French volumes, along with a second book on French cooking concentrating on the Provincial region, English Summer cooking and an Italian cookbook from her time living in Italy in the early 1950s. Throughout her life, she continued to write for international magazines like Harper’s Bazaar, Vogue and The Spectator, and published more cookbooks on English cookery.  She won many awards over her lifetime, including the Order of the British Empire, Commander of the Order of British Empire, and Fellow of the Royal Society of literature for her food writing.  All of her cookbooks remain in publication today. 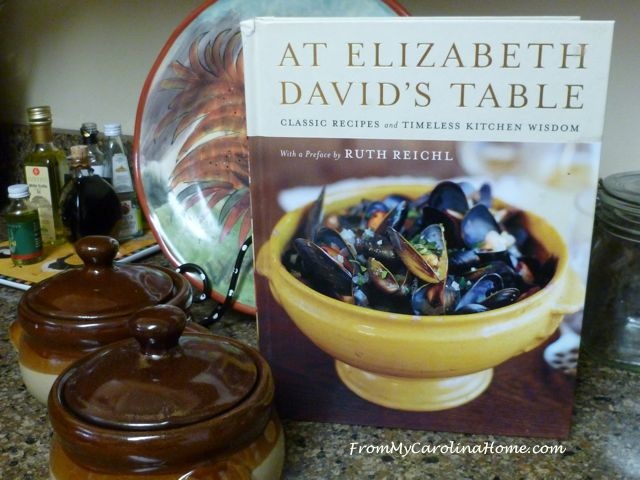 At Elizabeth David’s Table is a collection of selected recipes from all of her published cookbooks, along with some of her writings, musings on food and her life in different countries as she lived.  Every course is included from starters and soups, eggs and pasta, rice and sides, meat, fish, poultry, sauces, sweets and bread.  Reading her articles transports the reader to rustic Italy, a summer day in Britain, the French countryside or the edge of the Mediterranean sea.  The forward to the volume was written by Ruth Reichl, a devotee of Elizabeth David.  It wouldn’t be hard to imagine that the revelations of Ms. David of the rationing and austerity of the war years was an inspiration for the Lulu letters of Delicious.

So, two new fiction books for you, dear readers, and one really special cookbook. If you are local, and would like to join the reading group, let me know. Kelly and I meet for lunch when we can, using the discussion guides online for questions. We would love to have at least two more in our little book club. We’ll take turns choosing books, hopefully to push us out of our normal reading genres.