At the meeting on March 1st, I found out that the BOM club will be doing two blocks a month with the first two done in February.  This meant that instead of being caught up with three done in March, I was one block behind.  Plus I need to get two done this month to be caught up, so I’ll do one a week for three weeks to get caught up.  After that, I’ll try to get one done every two weeks or so until all 16 are done.  Today is block 4, and once again it didn’t go as smoothly as I hoped, but part of that is my fault in changing my mind. Here are the first three sewn together. 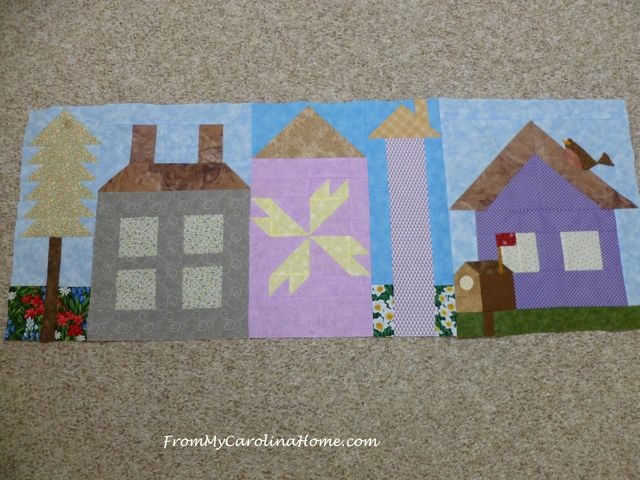 I started off with the quarter square triangles. I see these as flower boxes, so I picked out two flower prints, cut my squares, marked the lines and chain stitched. 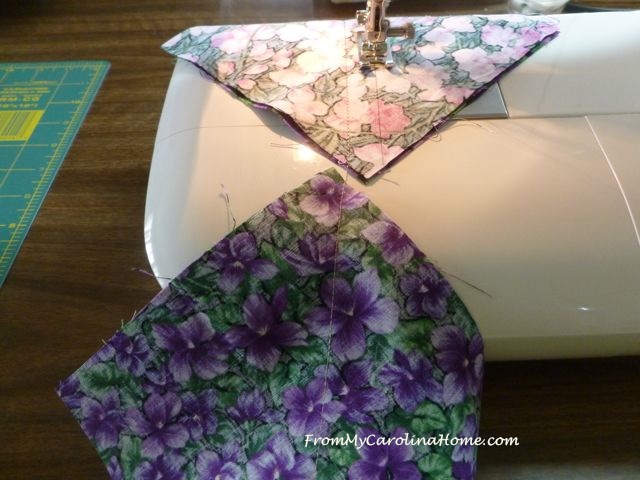 This time, because I knew I would need a specific size at the end, I cut the squares a bit bigger than the pattern said, and squared them up after they were assembled. 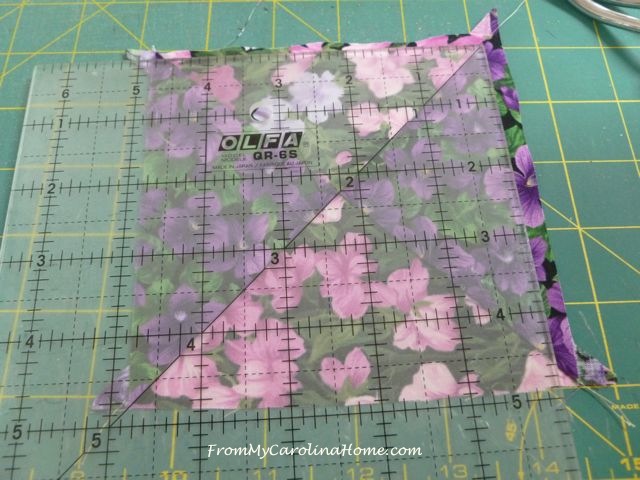 As I was looking at my basket of spring scraps, I thought I could make a house white since the background isn’t white on my blocks. I cut house bits in white, background in sky. 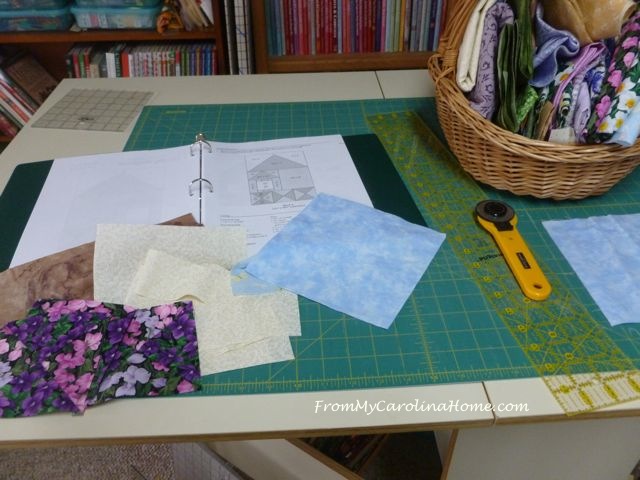 I began assembling, this time following the directions. Maybe this block will go a bit better than the others.  I did chain piece wherever  possible. 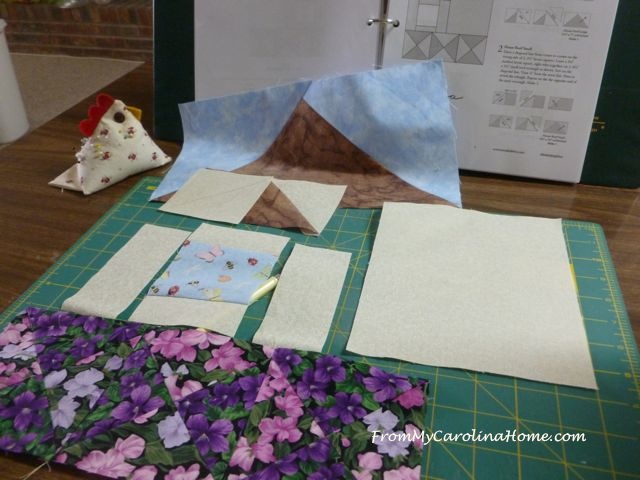 Coming together nicely, and all the pieces are fitting well. 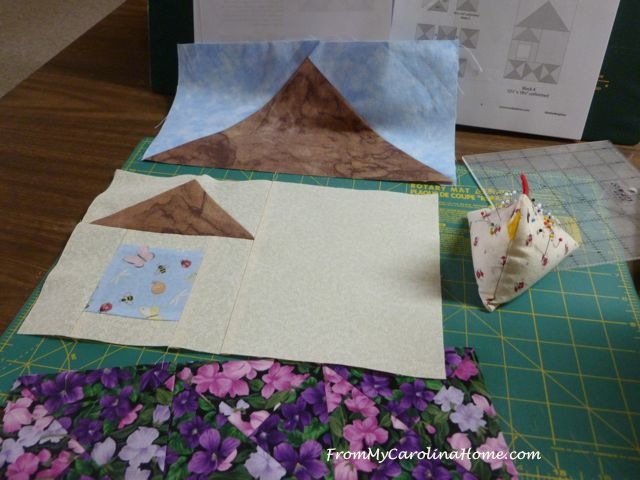 And I don’t like it. The big expanse of white looks like I forgot something. Great. I thought about just leaving it, but it bugged me. 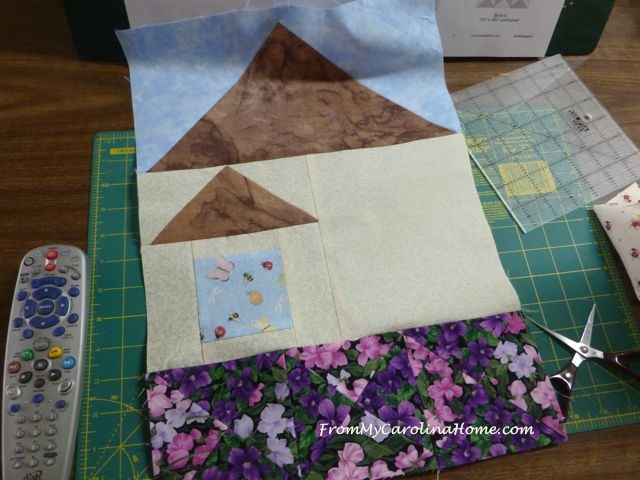 I decided to do it over with yellow for the house.  I changed the window print too, rather than frog all that out.  It was easier just to cut another roof triangle and start the center section over. 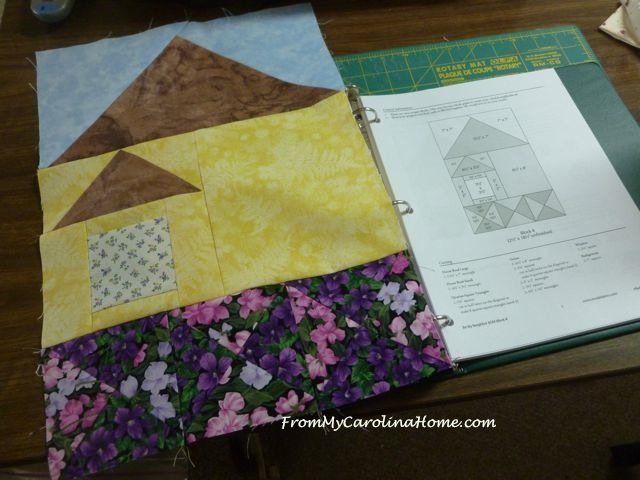 Better, but that large piece on the right still looks empty. I should have picked a busier print. At this point I refuse to take it apart again, so it will stay this way. At the meeting, one of the ladies showed her block with an appliqued heart in that space, so that is an idea.  Another lady put another window in hers. I could also do some silk ribbon embroidery after the quilting to add something to that space. Or maybe just an applique door with a button handle. I don’t know what it will get, but I can figure that out later. For now, block 4 is done. On to Block 5 to catch up to the class!

What would you do with that space?