I had a charity quilt to do for a friend, and she gave me the best instructions a quilter can get – “do whatever you want”.  Don’tcha love that!  So, time to experiment again. 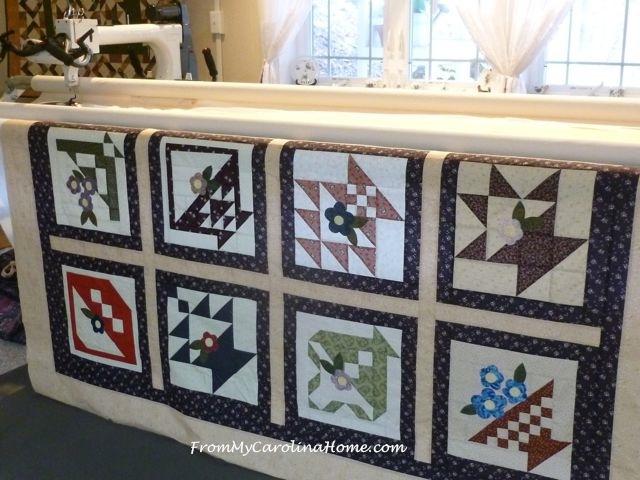 I have been hearing a lot about the polyester threads for longarm quilting (and DSM use too), particularly for use where a little shine is wanted.  I have never used polyester threads for quilting as I always heard you shouldn’t use them, only cotton.  Well, turns out the rumor that they cut fabric  and make holes in the quilt top is false.  Many manufacturers offer them now, and I wanted to try one.  So, I bought a neutral color at Long Creek Mills the last time I was there (no affiliation, just like their threads). 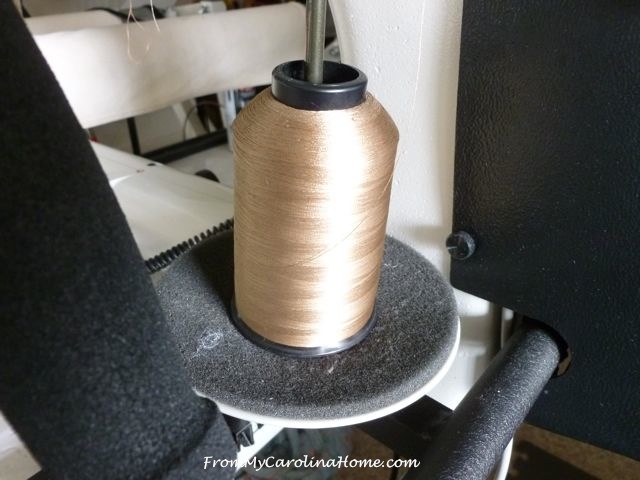 The color went well with the quilt top, so time to try it.  So I wound three bobbins with it, about what I usually need, and started sewing the line across the top to stabilize the quilt onto the backing. 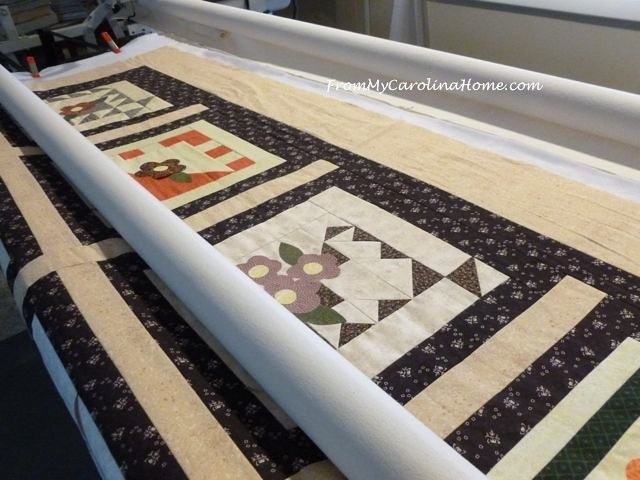 You can see this coming, can’t you?  Polyester is so slick and slippery, it wouldn’t stay in the bobbin tension.  I had four episodes of the thread jumping out of the tension just trying to get the first bloody stitching line on the quilt to hold it down!  So now what?!  I have three huge longarm bobbins loaded with it that I cannot use.  But, you know me, I always have an idea.  I put the bobbins on a horizontal pin, and taped the end one so they would stay on the pin, but be able to spin freely.  I also had to put some tape on the other two to keep the thread from unspooling as I sewed.  Then I threaded the machine, using the first bobbin as the top thread. 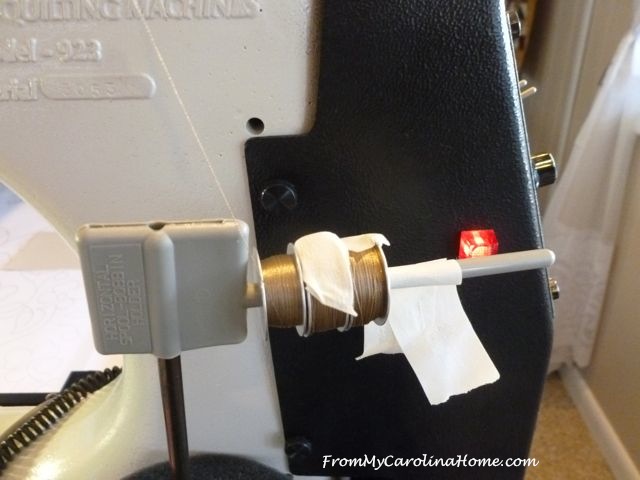 I loaded more bobbins with Bottom Line. Whoopee, quilting is a breeze with this thread.  Zero thread breaks, my favorite thing. 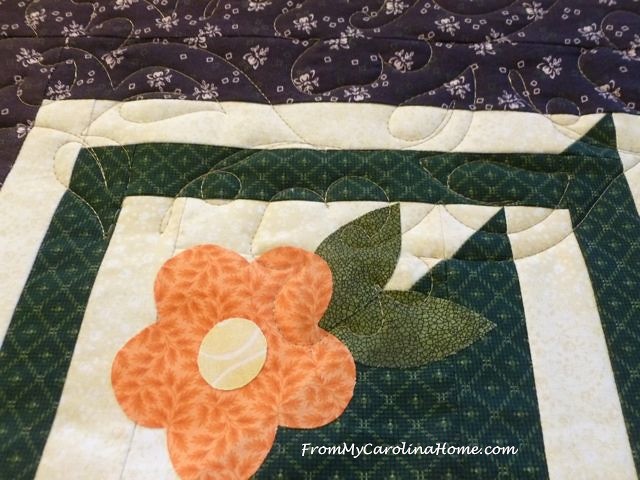 All the flowers on this quilt were put on with an iron-on adhesive, but sometimes that iron on stuff doesn’t stay stuck down.  I noticed this one had lifted a bit. 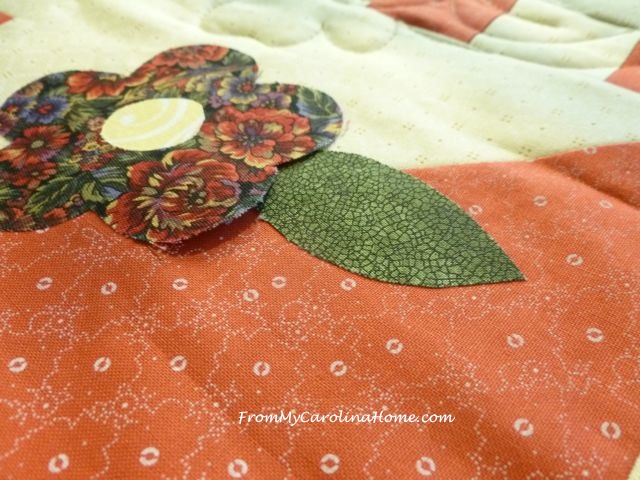 So, I got out my iron, and pressed it down, then started quilting again.  Until I hit a snag.  Oh glory, how did this happen?!!  I just ironed the bloody thing! 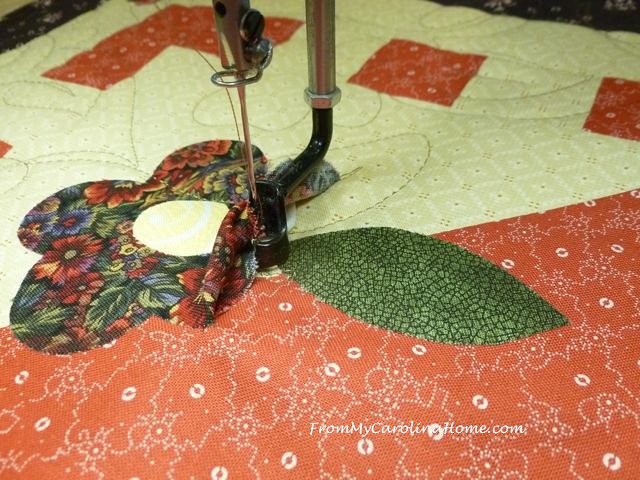 It became clear that I needed to go around each applique as I came to it so I started doing just that. 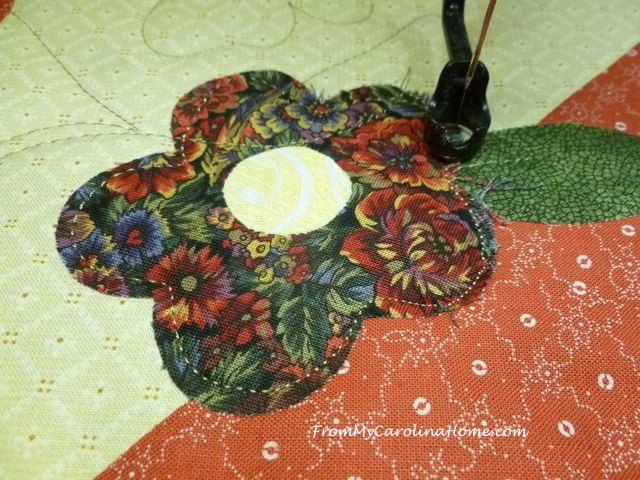 As I came up to the applique, I stopped quilting from the back, and came around to the front to outline the applique. 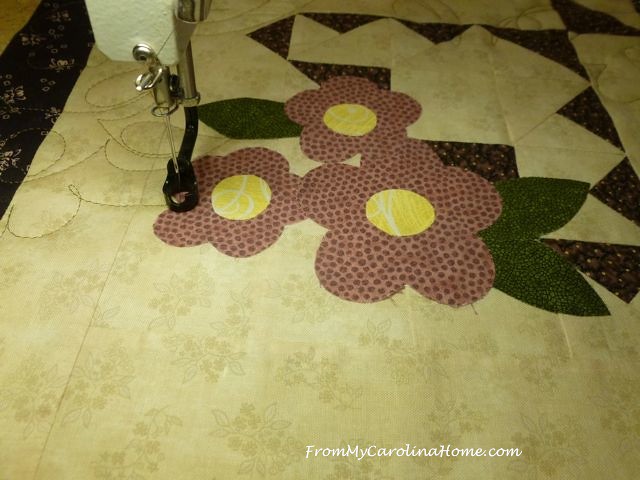 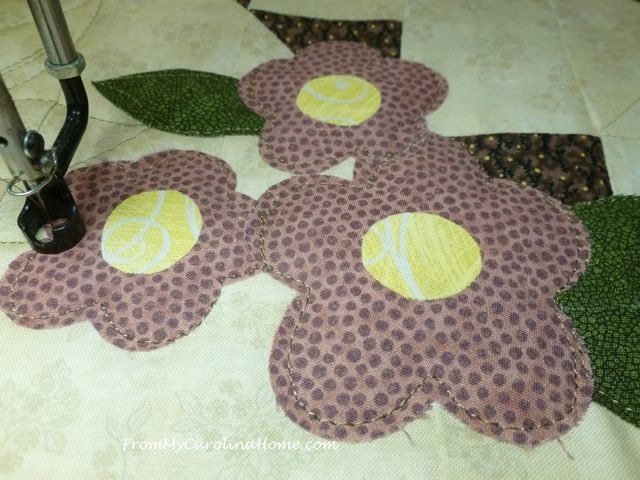 These charity quilts get washed a lot, and I wouldn’t want the appliques lifting in the dryer. At the last row of flowers, I just did the appliques first, then put the panto over it. 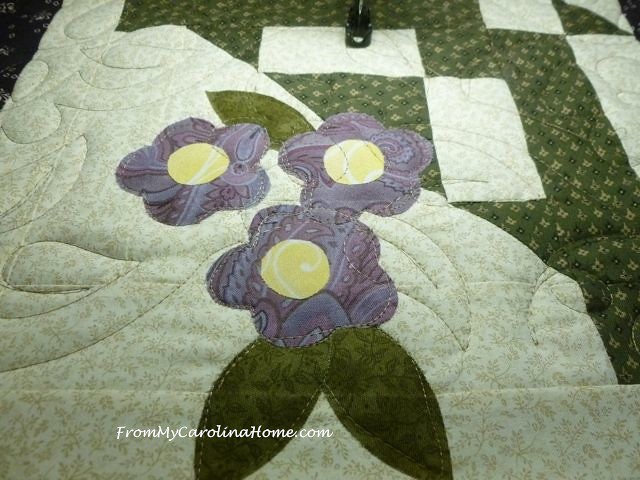 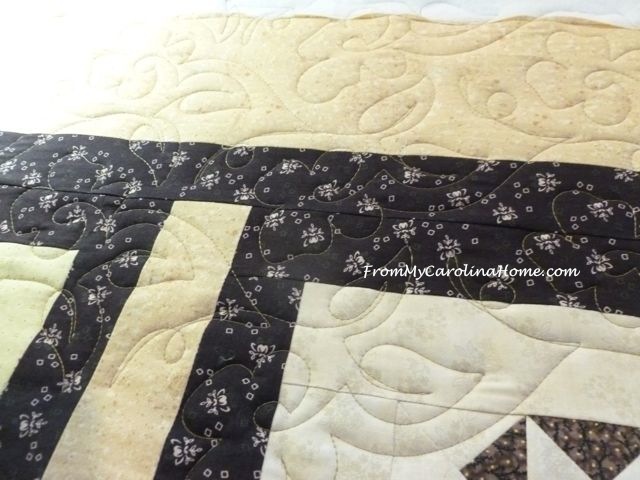 It is called Pansies by Patricia Ritter for Urban Elementz. 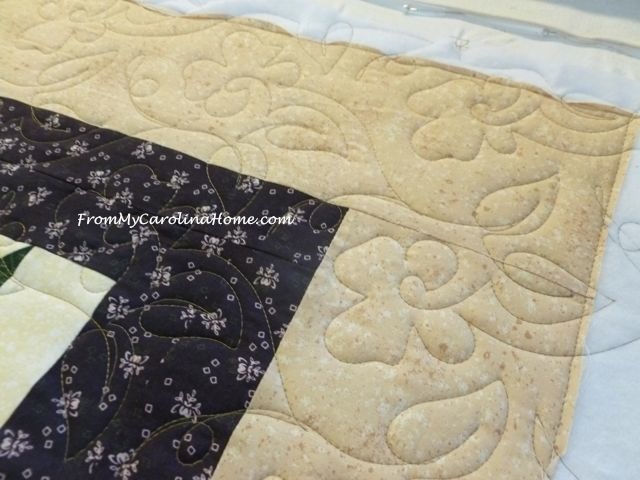 All done, and it is such a pretty quilt! I love the colors she used.  The best part of using polyester thread is the almost total lack of lint build up as I quilted.  The thread adds a little shine to the project too. 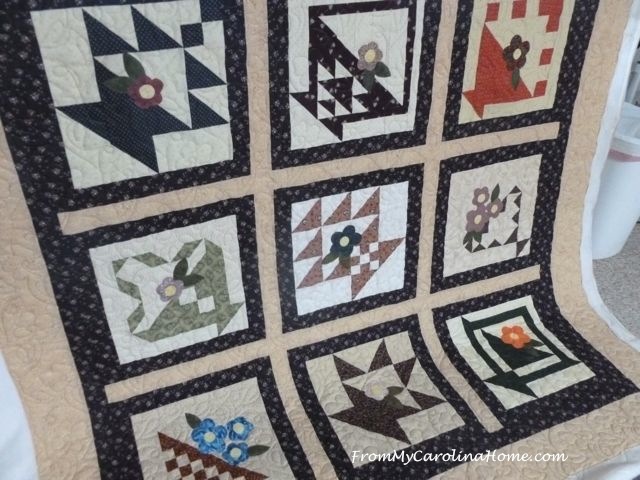 I’ll be using this again.  Are you a fan of polyester thread?

Sharing with the great parties on my sidebar, and …

12 thoughts on “Quilting with Polyester Thread”