There were so many good suggestions on how to finish the Boys Quilt D9P, and I did think about all of them.  Thanks to everyone that commented.  If you missed the first part, click on Boys Quilt.  Ultimately, I did go with the blue print on the left, for two reasons.  One, most liked it the best.  Two, I didn’t have enough of it to use as a backing, and the other blue print did. 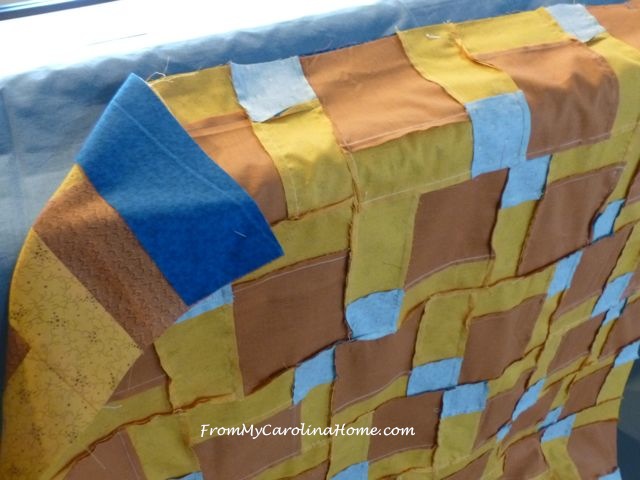 Carefully measuring to get the borders done right, they were pinned in place and sewn.

The suggestion of adding another brown border would have made the quilt too large for the blue backing I wanted to use. So, it was loaded onto the frame with just the one blue border. 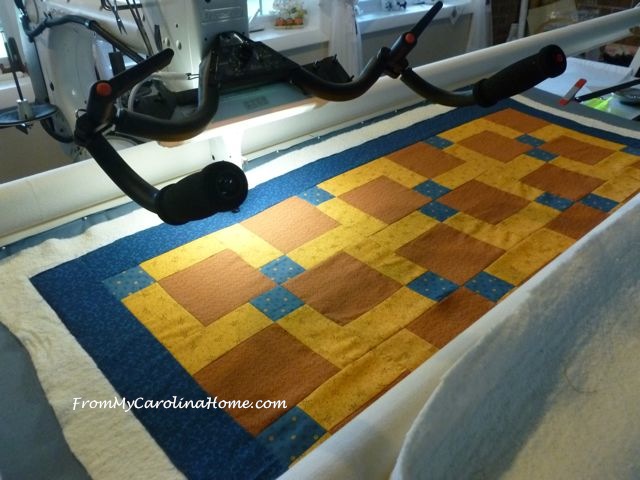 I quilted it using a woodgrain pantograph. 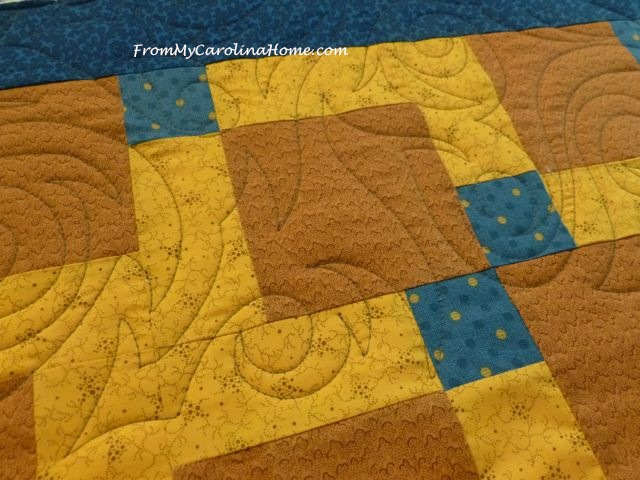 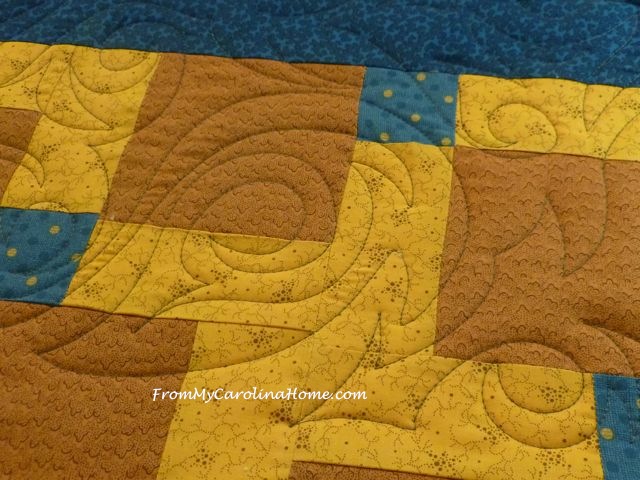 Then I remembered why this pantograph isn’t a favorite, it has too much sewing in the opposite direction from the way my machine behaves best. Still, it didn’t have too many problems, just one thread break which I consider a victory!  Warm and Natural batting, with Essentials thread top and bobbin. 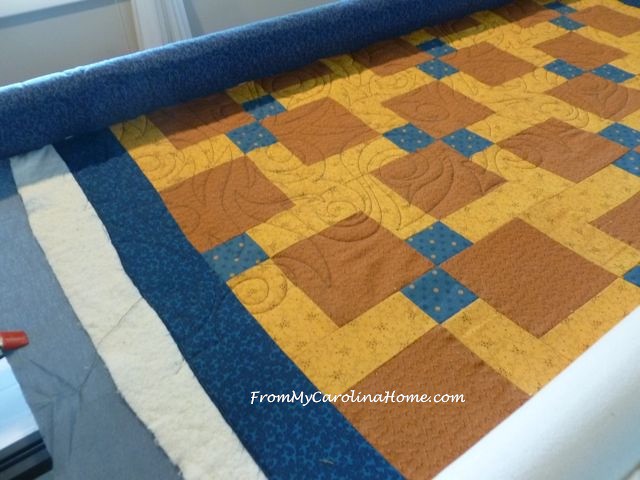 Trimming it up, I was planning to use the same blue as the binding. 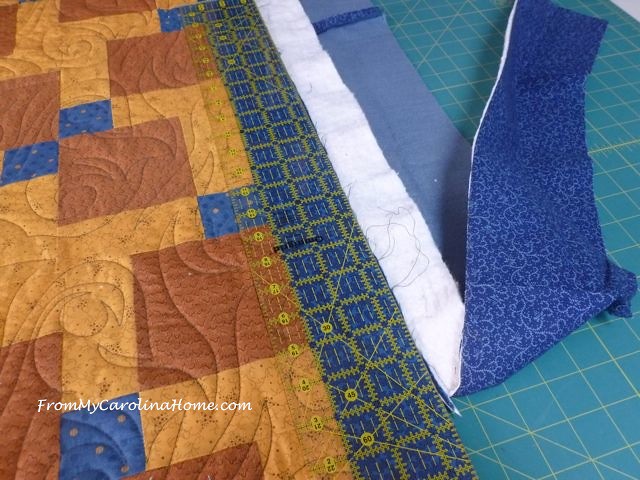 But, I decided to take Brenda’s, sgrancio, and GrannyC’s suggestion of the thin brown border, and make that the binding as Julie suggested. 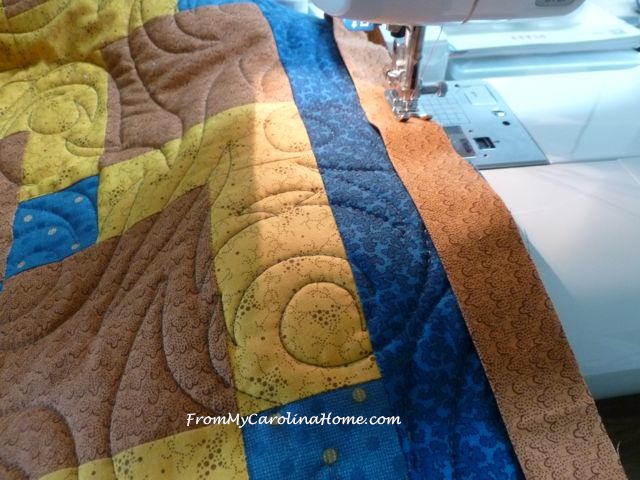 All done. I was tempted to use it myself on a cool September morning. 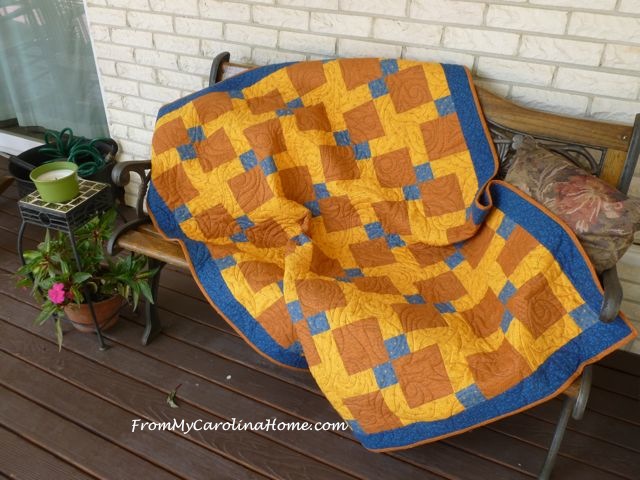 But I refrained, it is not for me, it is for a deserving young man. 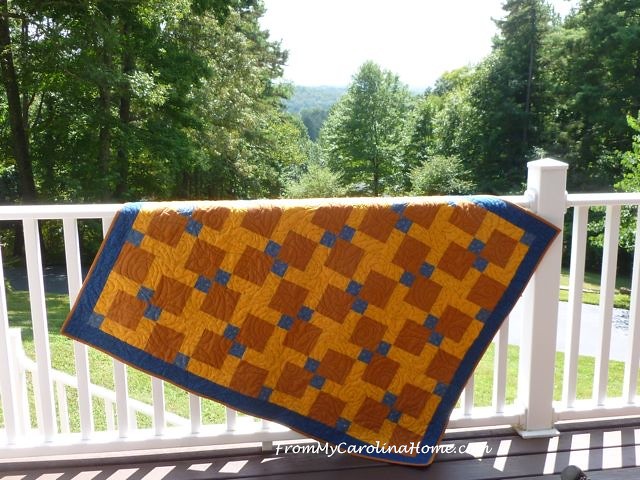 One done.  I have a goal for myself of at least two more before the holiday craziness sets in.  September will be very busy as I am working with the State fair quilt take-in, Friends of the Library book sale, British Car Club Autumn In the Mountains car show, Tarheels quilt club meeting, along with showing quilts at the Apple Festival, Mountain State Fair and the Asheville Quilt Guild show in early October all while holding down my part time job.  But I am sure I will find some time to sew and quilt.  More coming up!