Taking a break from everything is easy here, with the Blue Ridge Parkway just minutes away.  It took about 45 minutes to drive up to Graveyard Fields yesterday for a mind-clearing hike.  We are so lucky to live where a vacation set of mind is literally a short drive away.  We have wanted to hike in this area for some time, but it was always too crowded when we would come, so we would pass it by and hike elsewhere. 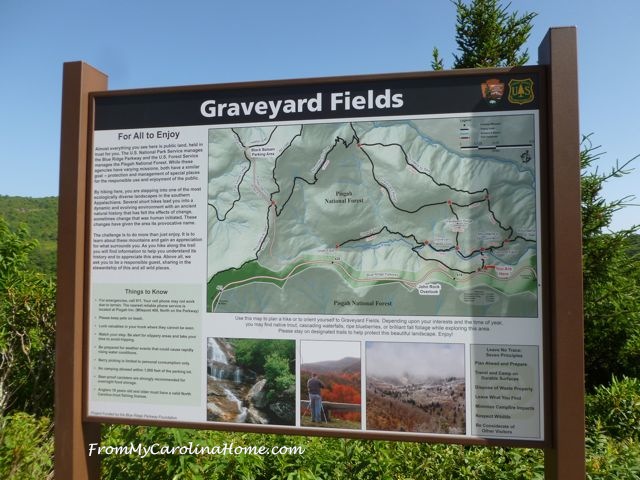 Yesterday morning was cool and clear, but the forecast was for heat, so we thought maybe a weekday morning would be better to try. There is a bit of mountain beauty that can be seen from the newly done parking area. 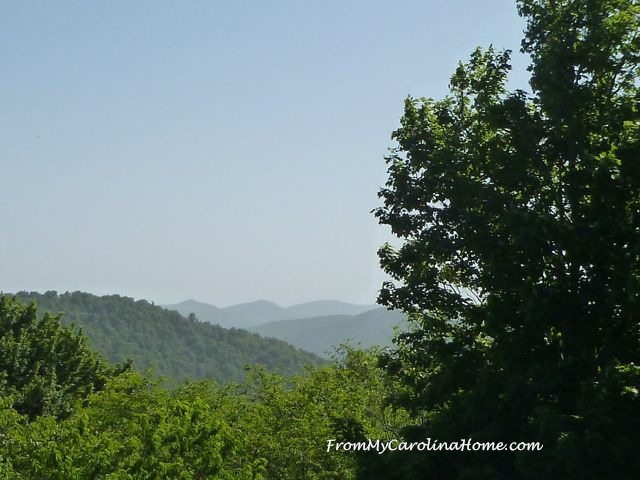 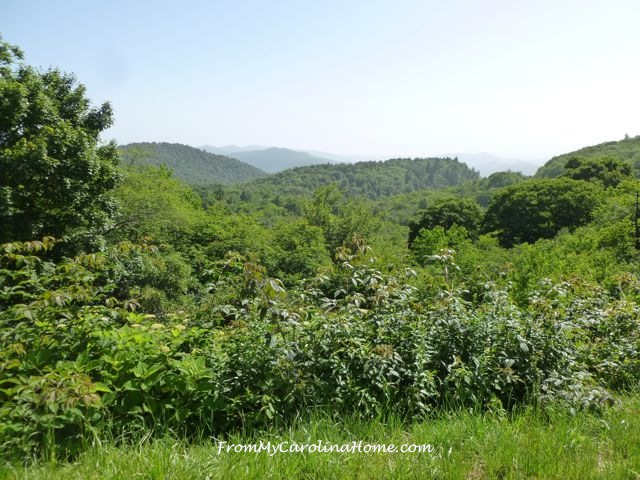 Graveyard fields is about pretty high elevation, so we knew it would stay cool longer in the day. 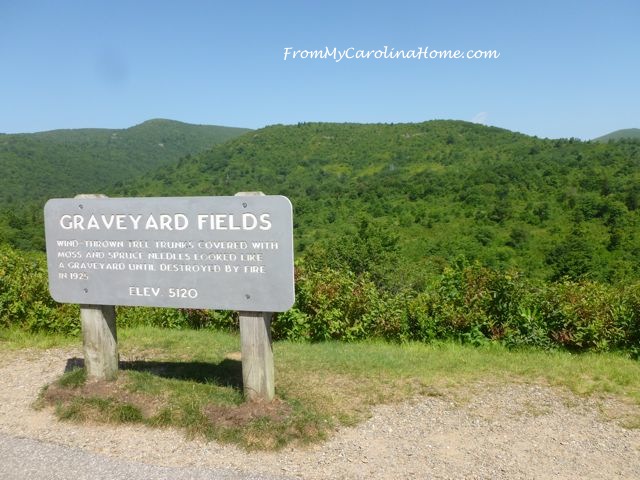 Here’s why it is called Graveyard Fields. 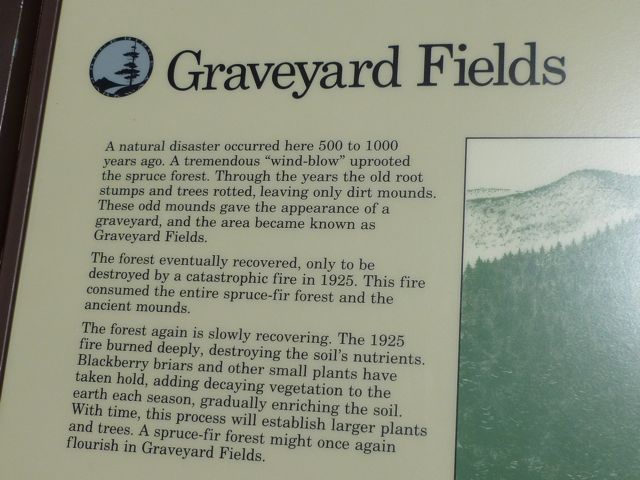 The redone paths were really nice, with paving at the first part, winding through an arbor tree path. 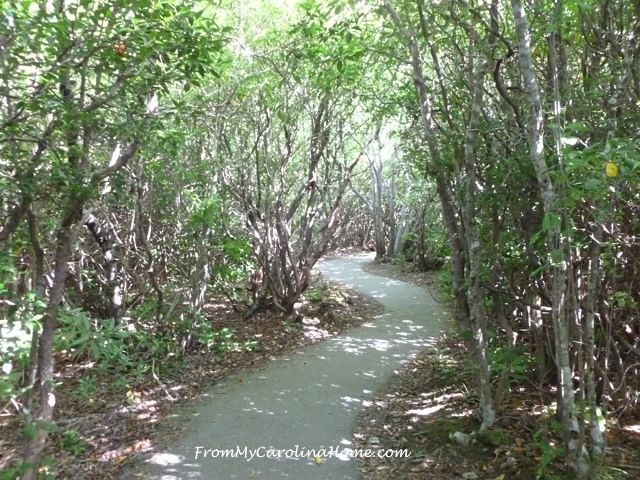 The rhododendrons were in bloom here, later in the year due to the cooler temps and shade. They were pure white, just lovely! 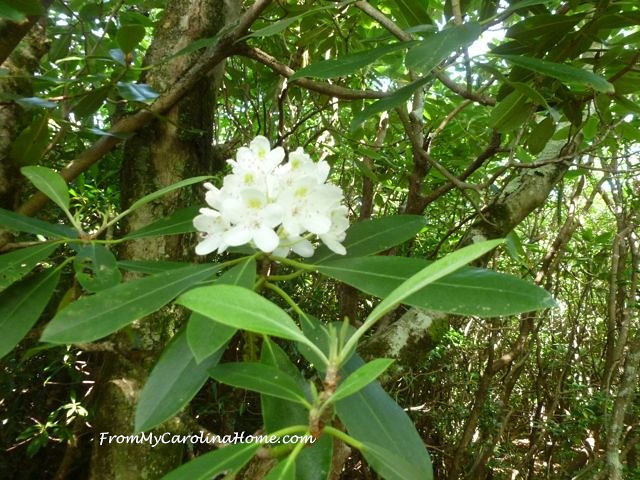 We reached the end of the paved path to find a wooden bridge over the stream. 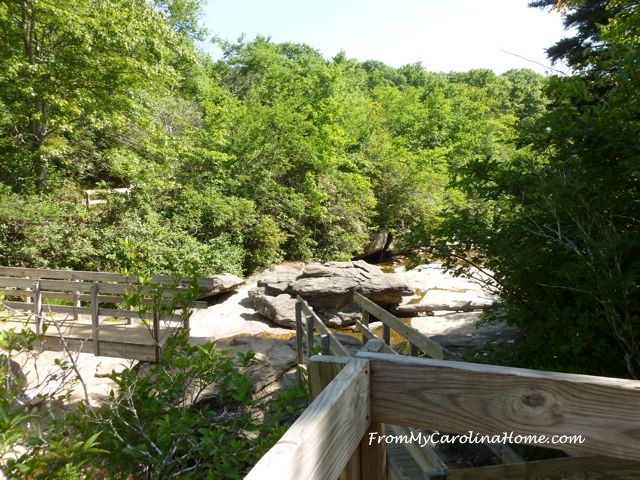 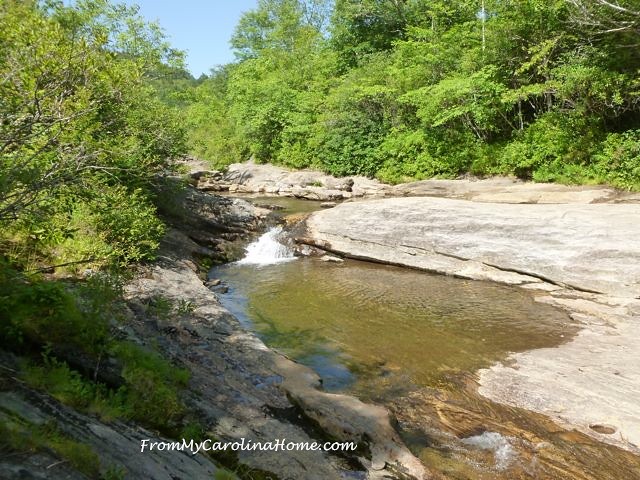 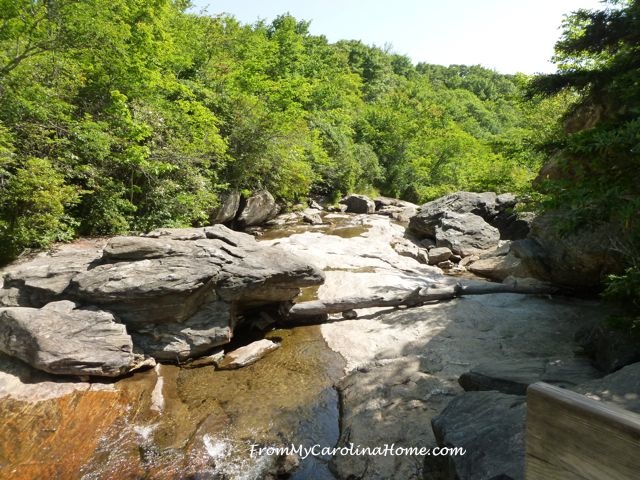 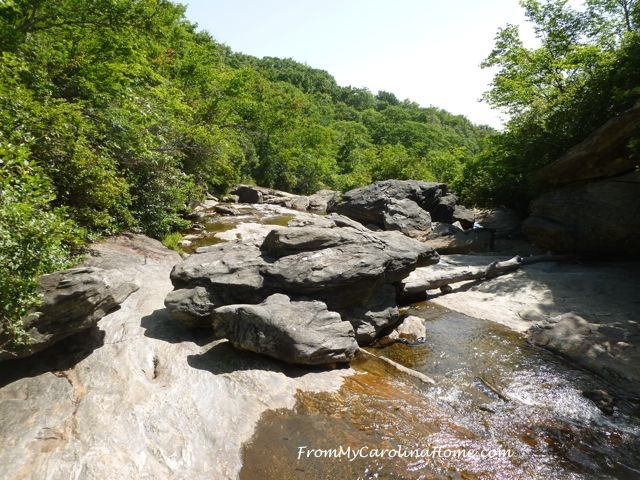 Leaving that stream, we continued down a dirt path to one of the waterfalls. 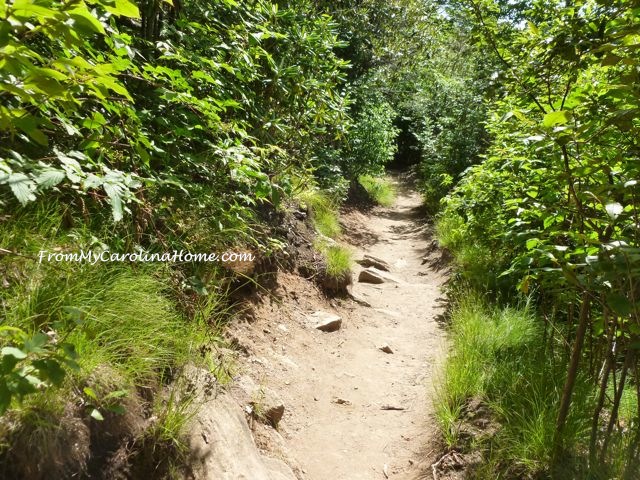 This one is the lower falls. 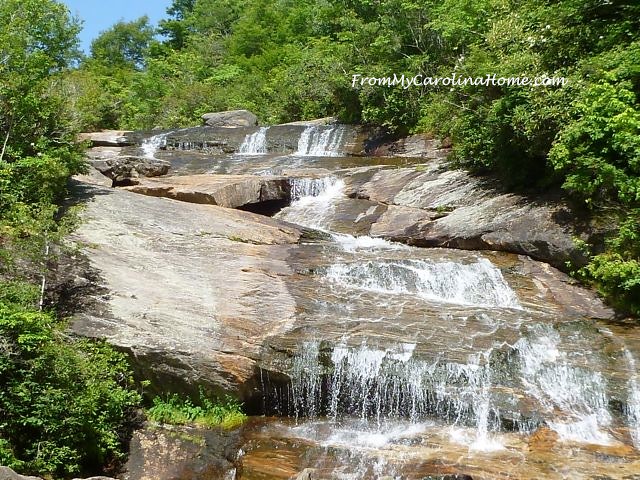 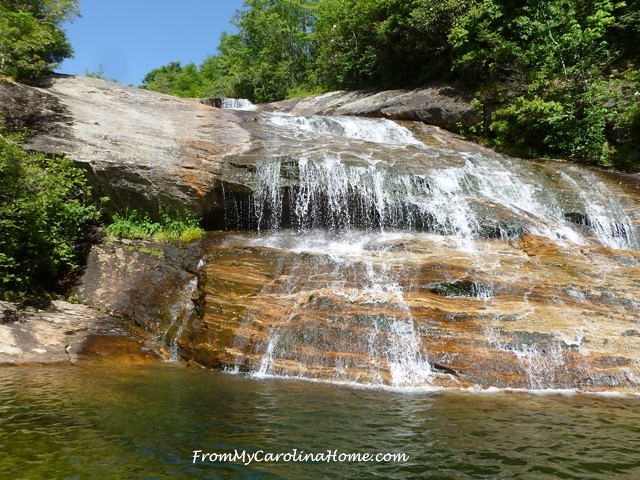 DH took a few really interesting pictures. I am trying to convince him to enter his photos in the state fair. 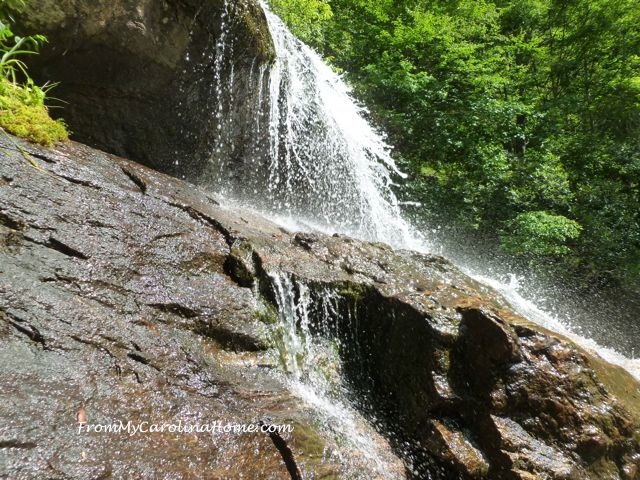 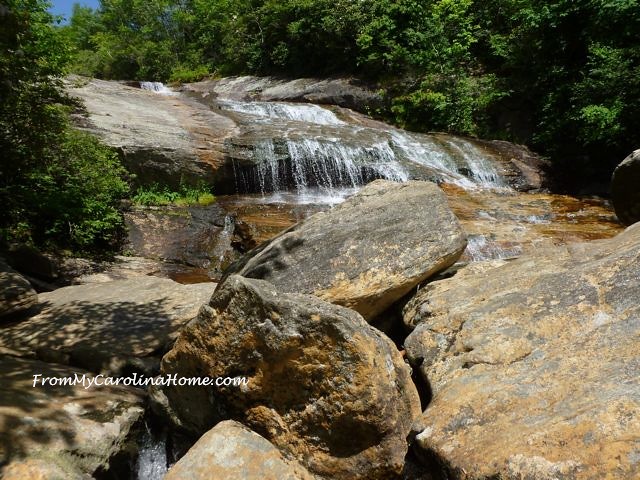 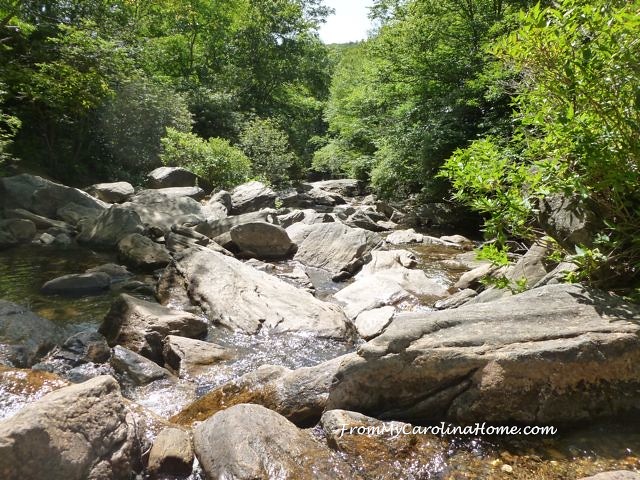 I won’t post every picture, LOL, we took so many! 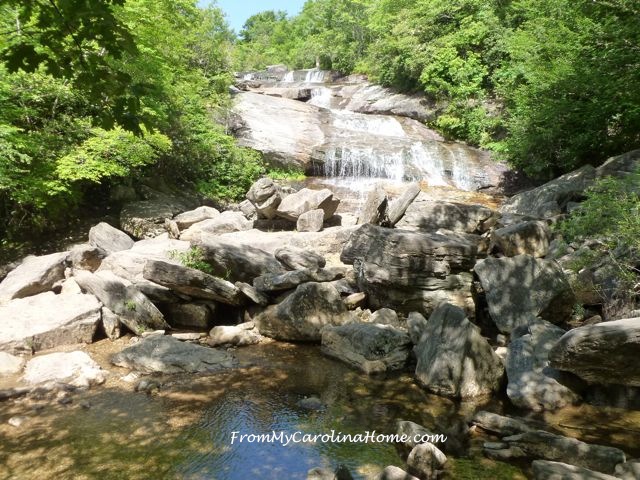 We hiked up to the top of that waterfall, and DH took a few more photos from the top. 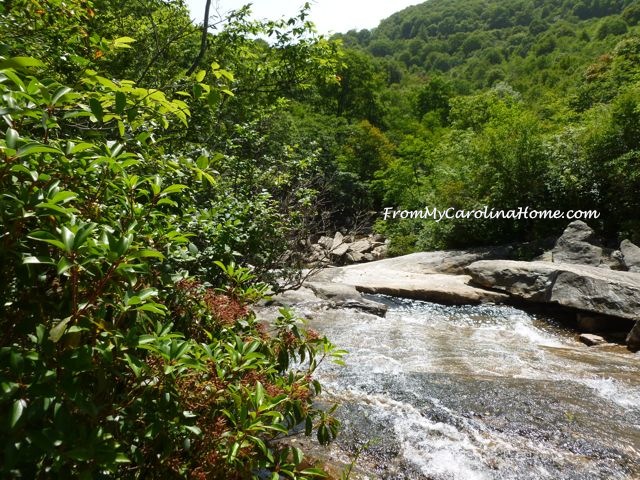 Coming out was tougher, as it was uphill the whole way.  Still, there were pretty little streams and small vignettes of leaves and plants. 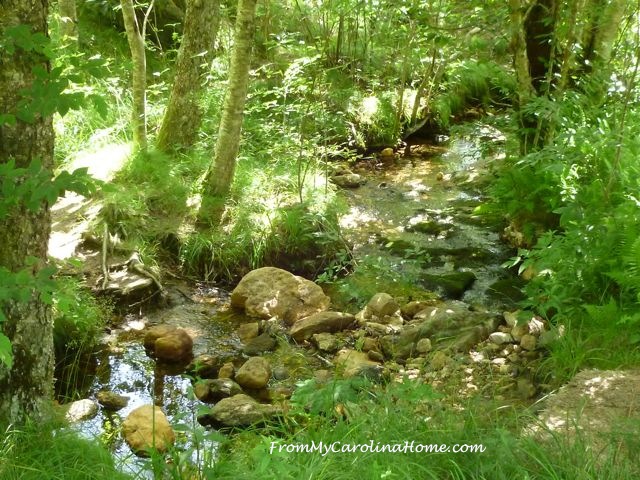 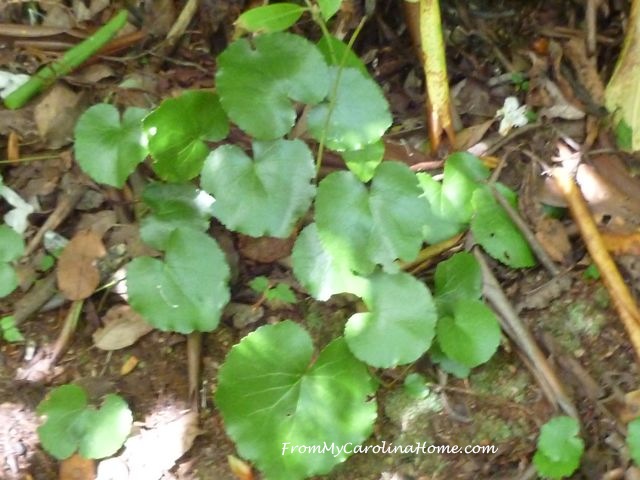 We didn’t have time to go to the other waterfall, and it was getting hot, so we headed home. I’ll be spending the rest of the weekend sewing, I hope!

Do you have a spot to get away close to home?