Last week on our weekly outing to the grocery store, there was a nice surprise.  The store had a bumper crop of vine ripe tomatoes, from South Carolina growers, and on sale for 98 cents a pound.  They had a divine tomato aroma, and I bought four pounds with a Tomato Pie and perhaps some Dried Tomatoes for pizza in mind. I cleaned and sliced enough for a pie, layered them in paper towels and refrigerated them overnight.  The next day, I went to the freezer only to discover that the box I thought was a pre-made pie crust was something else.  So, now what?  I was not going back out again for at least a week.  I thought briefly about doing the tomato pie crustless, but quickly decided it would fall apart too much without one. The only thing to do was to make a pie crust from scratch.  I’ve not had the best of luck doing this in the past, but I had watched a cooking show on it last year sometime that mentioned using vodka instead of some of the water in the recipe to make a nicer flakier crust.  Now was the time to try that. 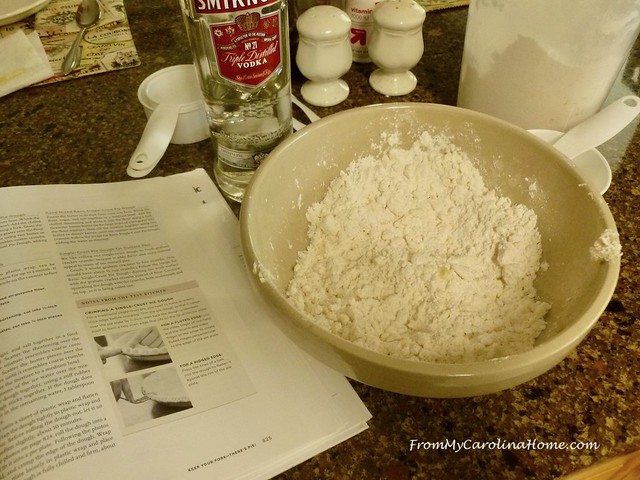 I got out my America’s Test Kitchen cookbook, and looked it up.  Since vodka is only 60% water, you get the ingredients moistened without the development of gluten which makes a crust tough.  It is water interacting with the flour that makes gluten.  All the alcohol will bake off in cooking, so your final crust doesn’t contain alcohol, nor any hint of a vodka taste.  The second great idea on this recipe was to grate the butter.  This was fast and easy with a well chilled stick, but would be even easier if you freeze the butter for about 30 minutes.  Of course, chilling the vodka and the shortening will help too.  The colder your ingredients, the more tender the crust will be. 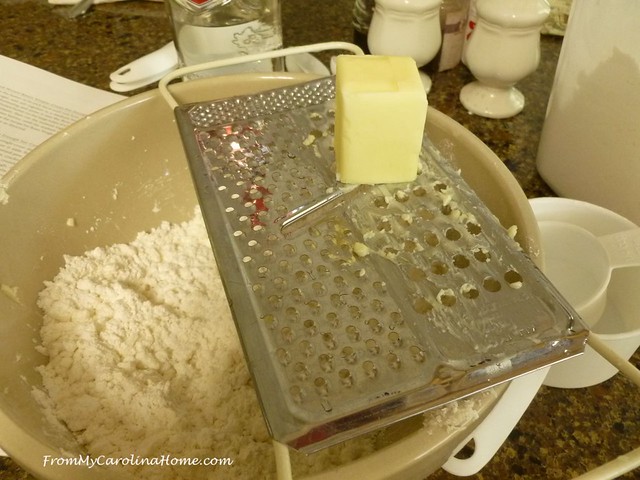 Cut the butter and shortening into the dry ingredients with a two knives, then add the liquids and mash together with a spatula. 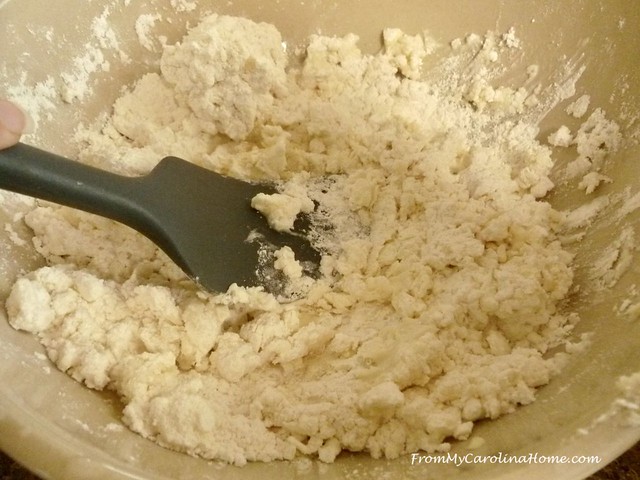 Make a disc of the dough and chill at least an hour. 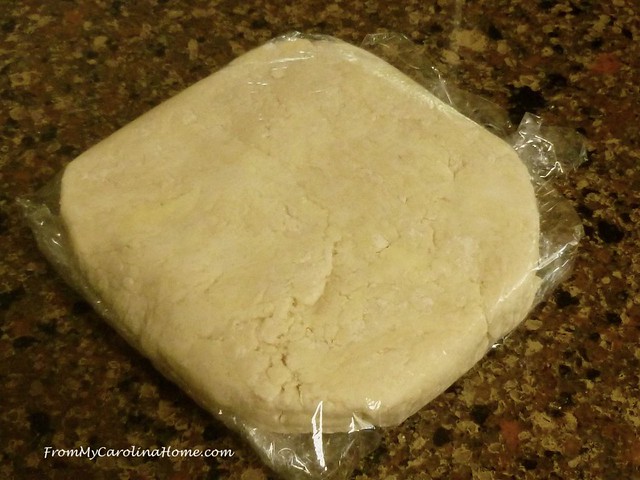 Roll out and put in your pie plate.  My hands were very messy as you need a lot of flour to roll out this very wet dough, so I didn’t get a photo of that step.  I filled the crust with my tomatoes that had drained overnight, and the rest of those ingredients. 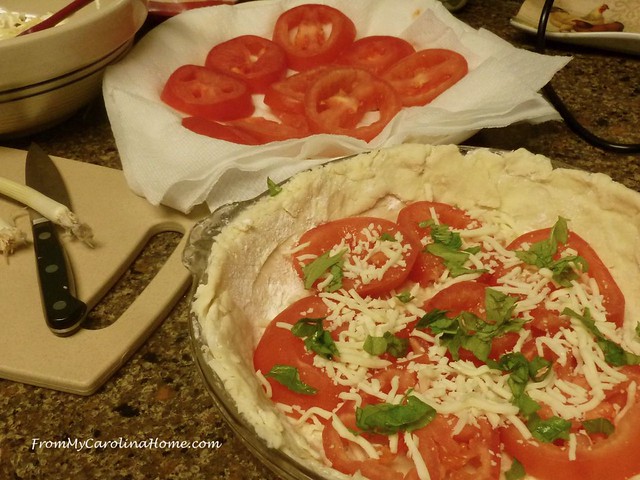 I didn’t prebake this crust, although I could have.  The filling was very dry as the tomatoes were well cleaned and drained, so I didn’t feel like I needed to. 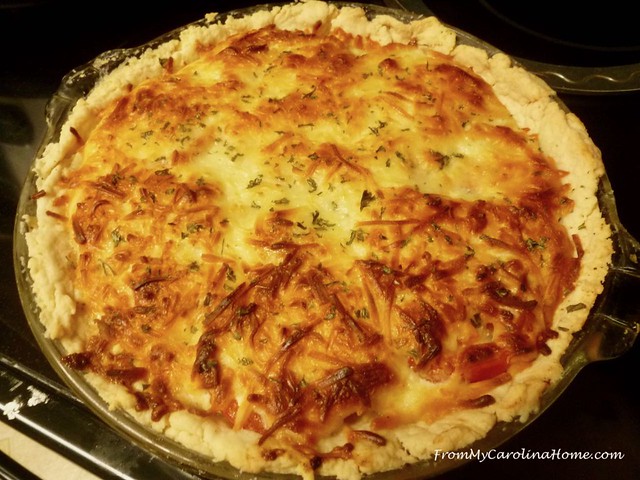 Yum, just look at how flaky this came out. 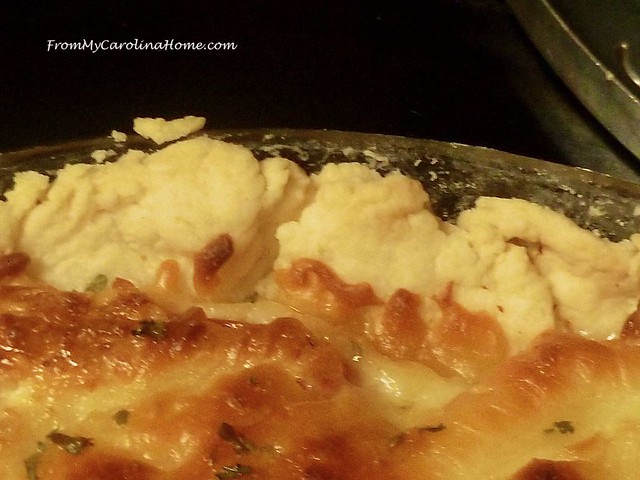 The recipe came out perfect, no water in the bottom from the tomatoes, and a perfect flaky and delicious crust.  My Sweet Babboo said it was delicious! 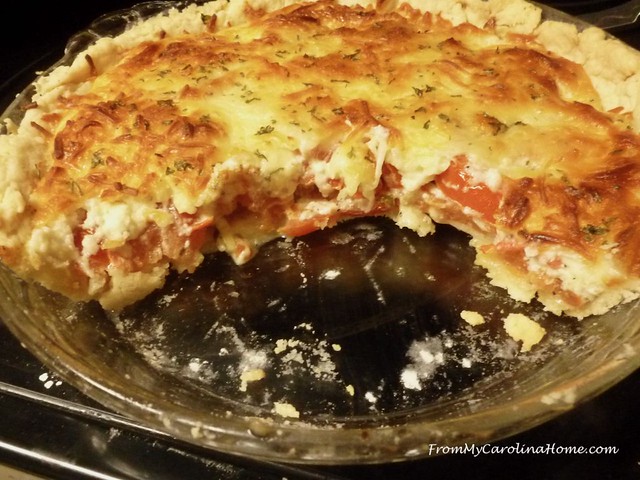 Mix flour, salt, and sugar in bowl until combined. Grate the butter into the dry ingredients and add shortening in small pieces, cutting with two knives until well combined and mixture resembles coarse crumbs.  Sprinkle vodka and water over mixture. With rubber spatula, use folding motion to mix, pressing down on dough until dough is slightly tacky and sticks together. Flatten into 4-inch disk. Wrap in plastic wrap and refrigerate at least 45 minutes or up to 2 days.  The dough will be more moist and sticky than you are used to seeing, so use copious amounts of flour on the board and on your pin to roll it out.  Move the disc after every roll, turning it as you go not only to roll evenly, but also to ensure it is not sticking to the surface.  Lift carefully, using the rolling pin to move it, and transfer to your pie plate.  Continue with filling as you like and baking according to the recipe you are using.

Just look at this slice, the crust is so flaky it is falling apart at the back edge! 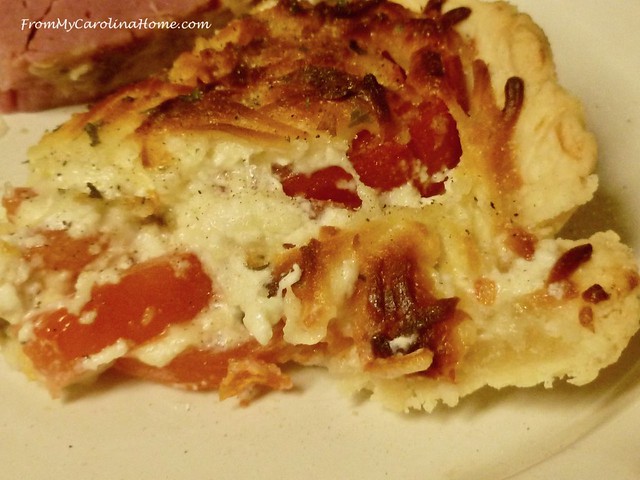 The best part, it was still flaky the next day, and the day after that.  Three days is all it took for both of us to eat the entire pie. 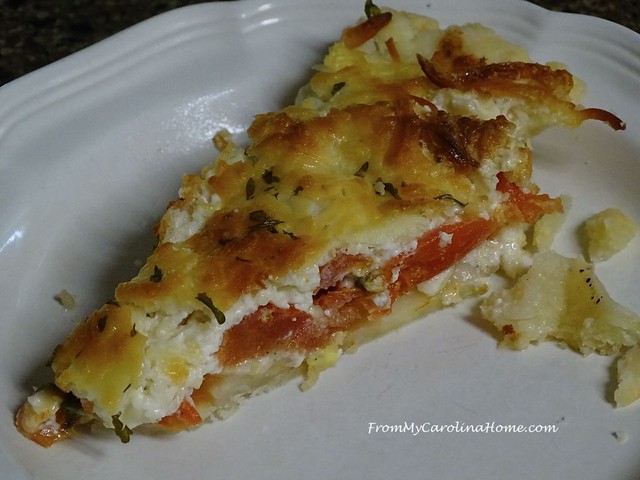 Are you using your staycation to master a new technique?  Have you ever made pie crust with this method?

38 thoughts on “Working on Pie Crust”