Our trip in May to London had so much to do and share, I needed to break it up and spread it out.  I am sure you would think I was turning into a travel blog, LOL, but I promise that isn’t going to happen.  As much as I like history and especially English history, I know it isn’t everyone’s cup of tea.  So, I hope you will come along with me as we travel to the Tower of London, and share some facts that surprised me. 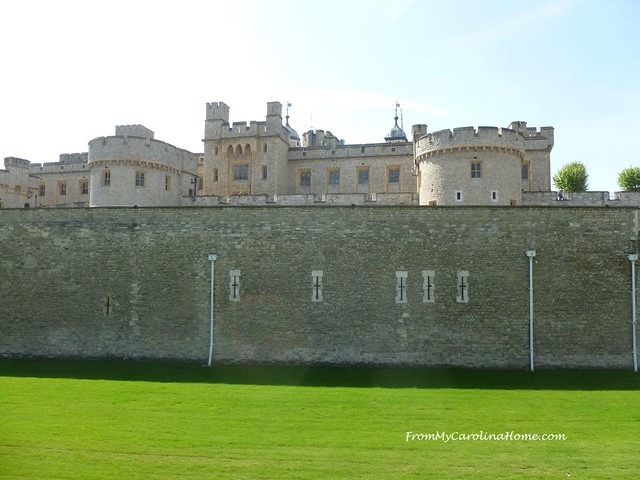 The tower and its wall was begun in 1070 by William the Conqueror and took 20 years to build.  Stone masons from Normandy brought stone from France with England providing the bulk of the labor.  The main tower was used as a luxurious palace for the Royal family, before being converted to a prison.  It is a concentric castle, with one wall inside another for a double layer of defense. 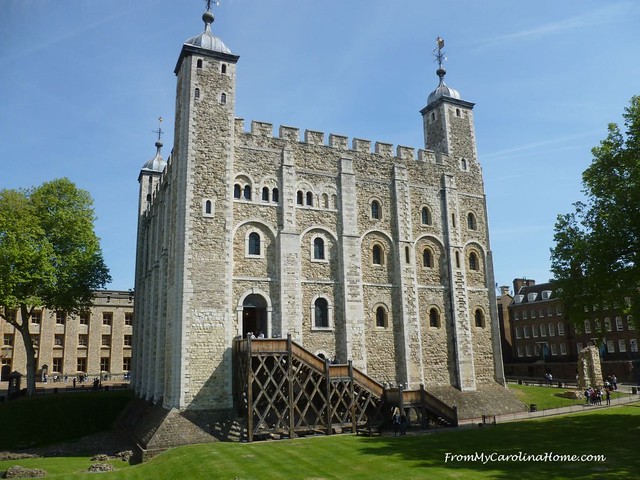 The Tower apartments still provide housing for the Yeoman Warders, guardians of the Tower and the Crown Jewels, Protectors of the Ravens.  A Yeoman Warder must be a military member for 22 years before being appointed to this royal service, and currently must be between 40 and 55 years old when appointed.  They still wear the Royal regalia for the nightly Key Ceremony to lock up the castle, unchanged for hundreds of years. 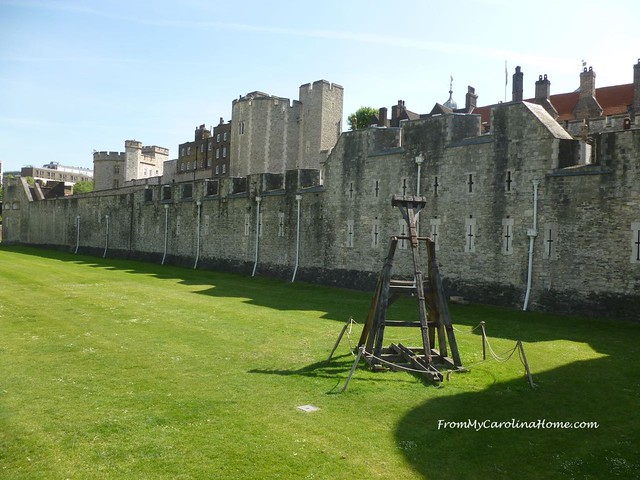 Because of the extraordinary capacity for protection, the Tower was the location of the Royal Mint and made all the coin of the realm until 1870.  The Crown Jewels are still kept here when not in use, and were truly spectacular to see. 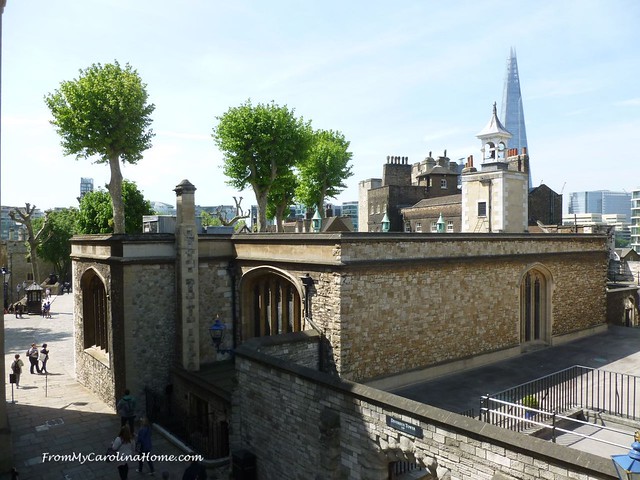 I wish I could have taken some photos of the incredible Crown Jewels.  The Tower has been the site where the most precious items of the monarchy have been stored since the 1600s. St. Edward’s Crown which is used for coronation of the monarch, weighs almost 5 pounds, and is set with huge jewels.  The royal septre holds the world’s largest cut diamond, the Cullinan I (also called the Star of Africa), weighing 530 carats! The Imperial State Crown holds the cushion cut Cullinan II Diamond weighing 317 carats, both cut from the same rough stone!!  The current Crown Jewel collection is mostly from the 1600s, as most of the royal regalia was melted down and destroyed by Cromwell after the revolution of the Parliament, execution of King Charles I and dissolution of the monarchy in 1649.  Cromwell died  in disgrace in 1658 for failing to create a working Parliament. The monarchy was restored in 1661 with the approval of Parliament, and the coronation of Charles II.  There are more fascinating stories about the Tower and the history of the monarchy on the Tower Of London History website –  HERE 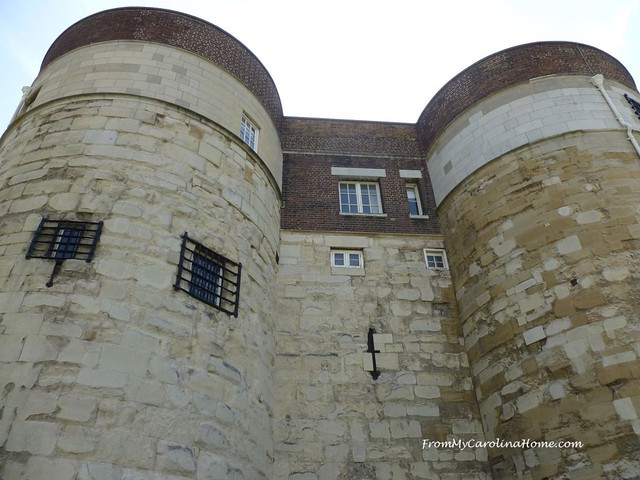 Traitors Gate used to be open to the Thames, where prisoners were often brought to the Tower. 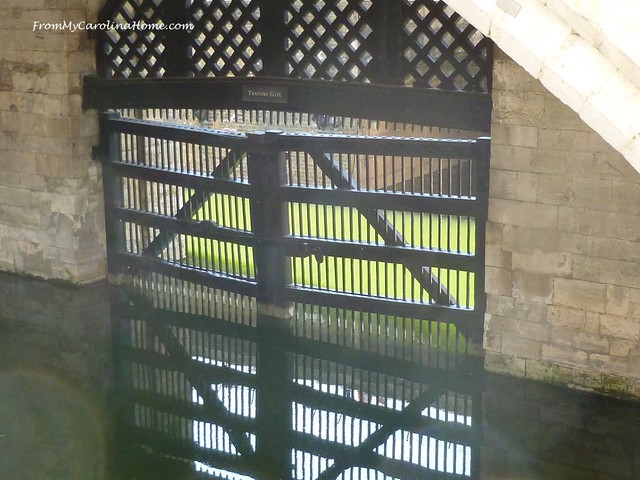 A small chapel is said to be the place that Henry IV was murdered in 1471.  Just a few years later, the two sons of Edward IV vanished in 1483.  In 1674 their skeletons were found within the walls of the White Tower during a rebuilding phase.  DNA tests confirmed their identities according to research at the University of Essex just recently in July 2018, with data from the discovery of their uncle Richard III’s remains under a car park in 2012. 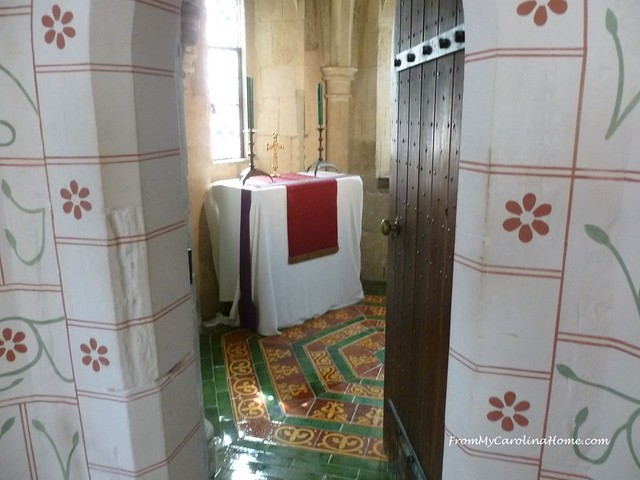 Seven ravens live at the Tower, from long-held tradition.  There is a story that Charles II was told that if the six ravens ever left the Tower, that both the Tower and the country of England would fall.  Seven ravens are kept to have a spare so the prophesy never comes true.  They do have their primary flight feathers clipped to prevent them from gaining enough height to go over the wall, but they can still fly.  They roam the grounds freely, with the cages open so they can go as they please.  The Ravenmaster Yeoman Warder feeds them a diet of raw meat and biscuits soaked in blood. 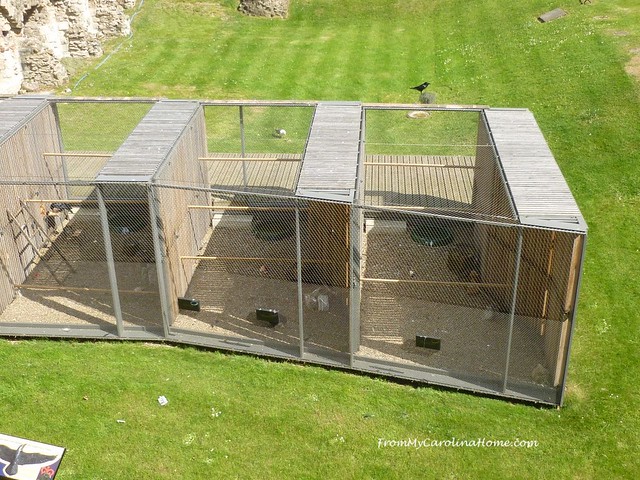 Touching the stone walls inside the castle was a surreal experience.   Can you imagine living in these spaces, walking these halls?   Some dark and foreboding staircases are lit only by daylight through small windows. 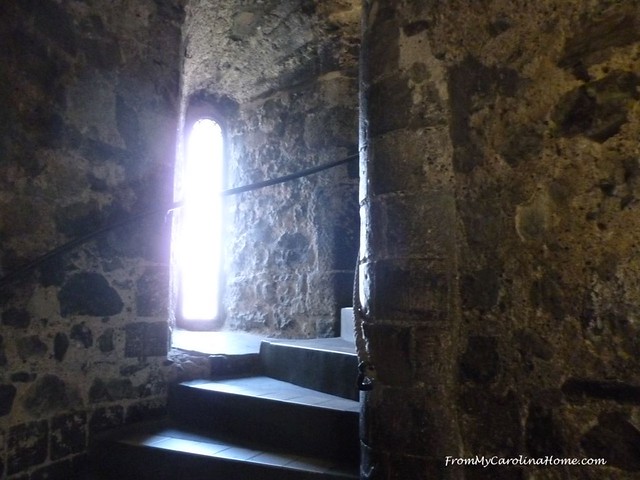 A hallway on an upper floor shows its age, hundreds of years old. 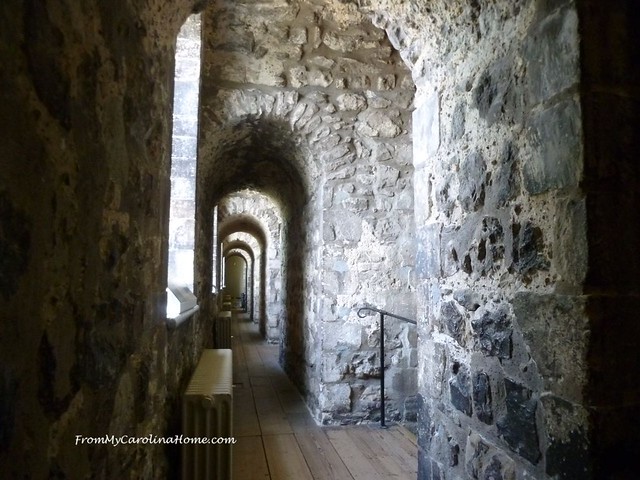 Did you know that only 7 executions were held there?  I thought it was much higher, but the Tower was mainly used as a prison for high status people or noble born.  Elizabeth I imprisoned Mary Queen of Scots here for 19 years. Three of the executed nobles were queens, all were beheaded for treason and their bodies buried under the chapel in unmarked graves during the 1500s.  In 1876,  Anne Boleyn and Catherine Howard executed by order of Henry VIII, and Jane Grey executed by order of Mary Tudor were moved, and entombed in the chapel with burial stones. 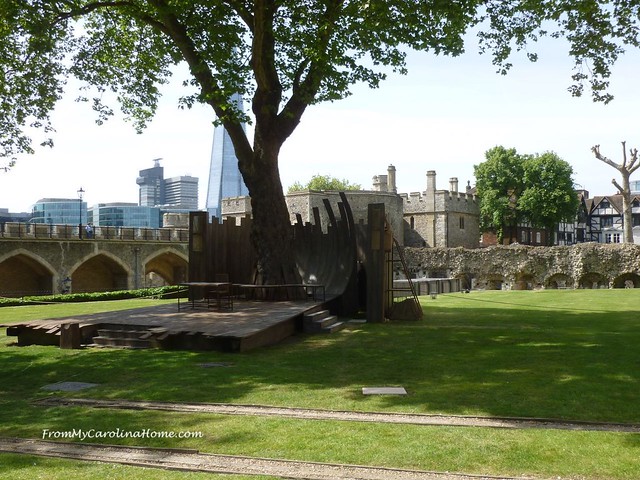 The Tower housed a Menagerie of exotic animals from 1235 – 1835, beginning when King Henry III was given three leopards or lions as a gift.  The King of France sent an elephant to England in 1255 as gift to expand the zoo.  Read more on all the exotic animals on that page – Tower Menagerie. 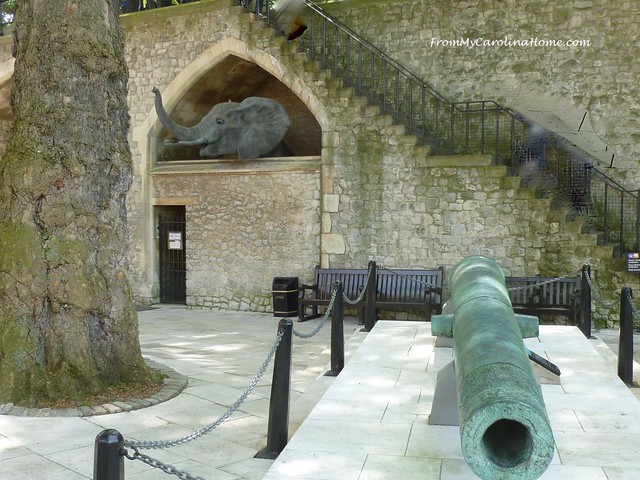 Tower Bridge is just outside the Tower of London. We didn’t go inside it, there just wasn’t enough time to do it all. 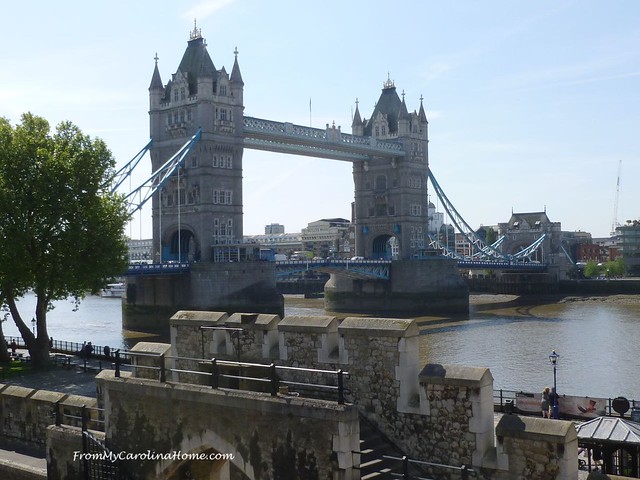 So much history!!  There is just too much to show and tell, but you can read more on the links to the historic websites if you are interested. 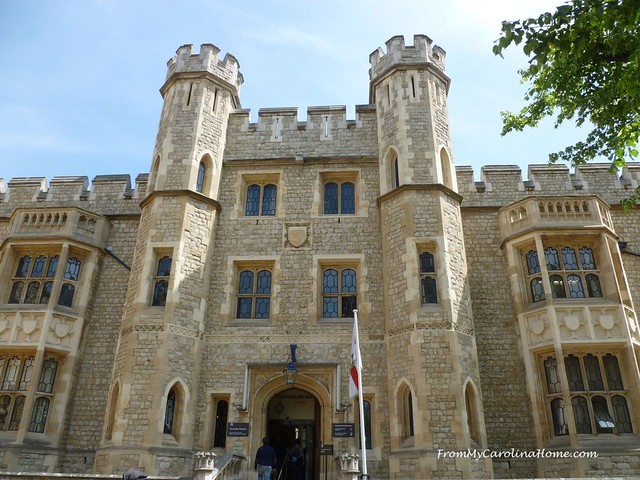 Did you learn something surprising today?

25 thoughts on “Tower Of London”