Slow cookers are wonderful for making meals while I sew, stamp, or play with my glue gun.  I’ve been using it more in summer than I used to, as it doesn’t heat up the kitchen the way the oven does.  Recently, reader Deb contacted me to ask what size slow cooker I was using in my recipes, lamenting that many recipe authors don’t give the sizes used for the recipe.  Actually that thought never occurred to me to say, as I figured any size would work with my recipes. But I saw her point, and went to look at mine to add that information.  Well, it didn’t say how big it was, and I no longer had the box or the booklet.  So, I did a search on the internet to look for a listing containing the size, and found out that my slow cooker had been recalled!  Well, that was a great excuse to buy another, better slow cooker than the cheap one I had been using.  The old one would get too hot, even on the low setting, boiling the food instead of holding the low temperature it should have.  For a pork shoulder this wouldn’t matter so much, but for something more delicate like a white meat chicken or an egg dish, it wouldn’t work. 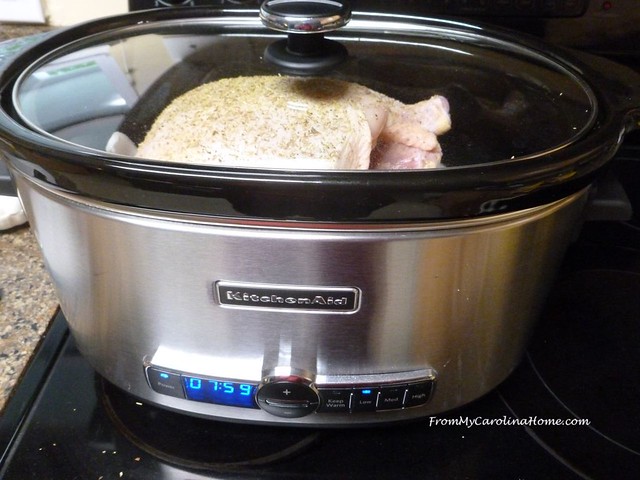 I looked at countless reviews and one kept coming up over and over.  A bit more expensive than I have ever spent before (but not nearly as much as others), but I have to say now that I have been using it, it is worth it.  It is a Kitchen Aid 6-Quart Oval Slow Cooker, with digital controls.  I ordered mine from Amazon, and linked for you to find it easily with my affiliate link.  It is also the least expensive listing I found.  The wonderful thing is that it holds the temperature set and will turn itself down to a hold/keep warm setting at the end of the cooking time.  No more overcooked food!  How many times have you set your slow cooker, for a recipe that called for 8 hours and then left it for 10 hours, going to work and doing errands on the way home?  I know I did.  Some foods do better with just six hours, an impossible thing if you work. Or if you tend to lose track of time while sewing, LOL!! Anyway, I sprayed the inside with no-stick spray to start assembling the meal. 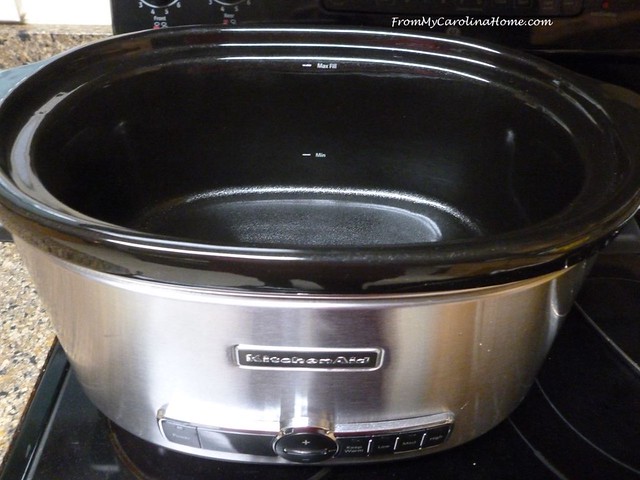 I sliced an onion, smashed some garlic, and got out some spices for the chicken. The onion and garlic are placed in the cooker first to give the chicken a base to rest on. 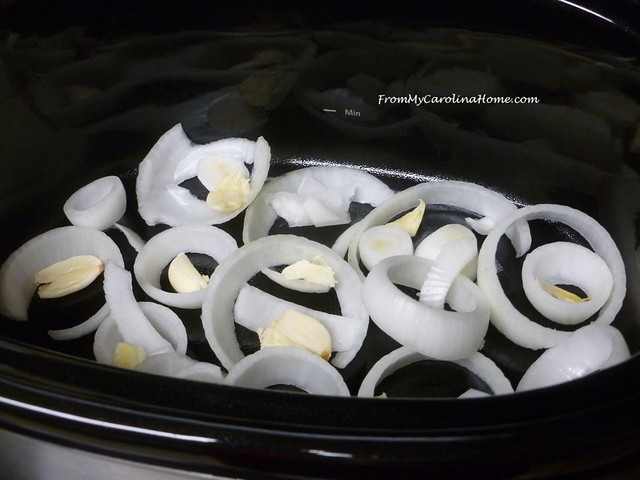 Add the chicken, then sprinkle with herbs and spices. I put in 2 cups of water to get the crock to the minimum fill line. 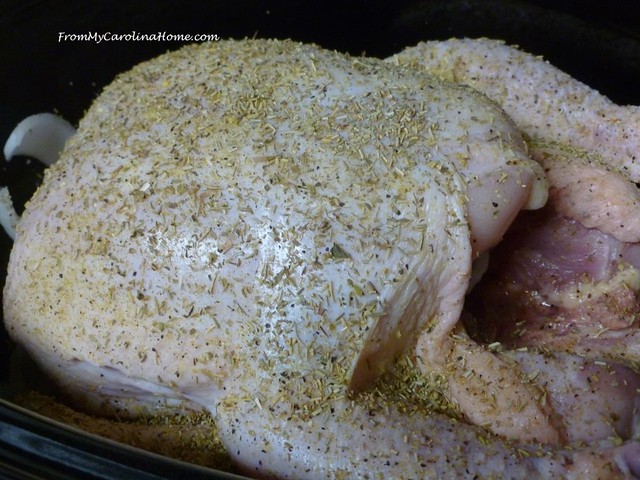 I set the cooker for 8 hours on low. The display counts down as the cooking time goes.

At the end of the cooking time, it automatically shifts over to ‘keep warm’ and the counter goes up so you know how long it has been on that setting. 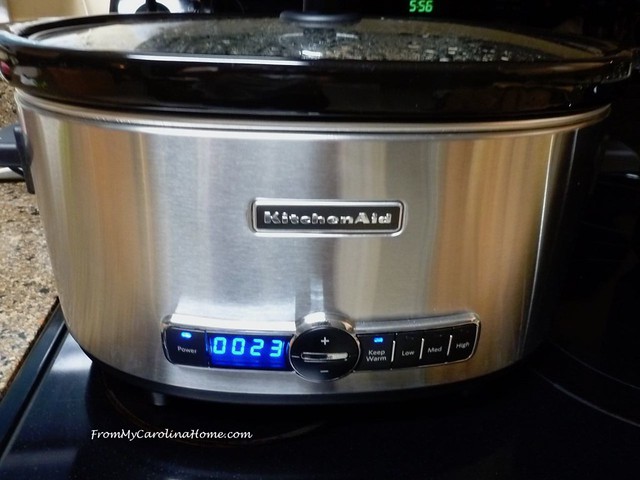 The chicken was beautifully done, with a lot of broth. 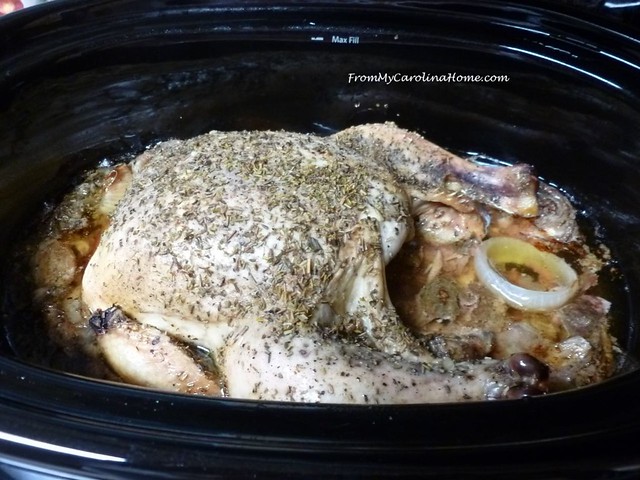 The chicken was so tender, it fell apart while I was trying to move it to the platter. 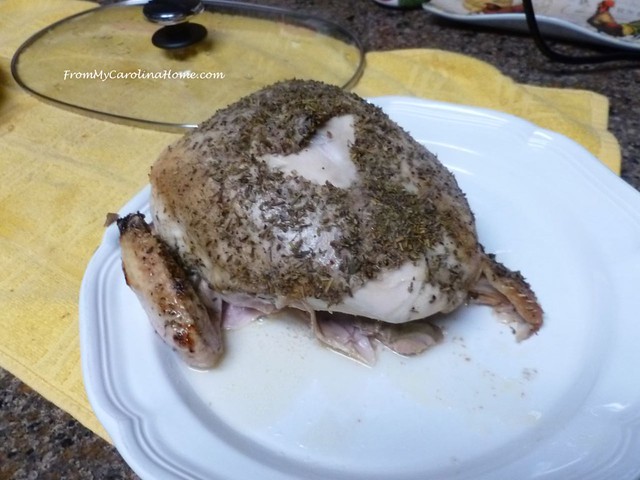 Moist and tender, just know that the skin won’t be crispy like baked chicken. 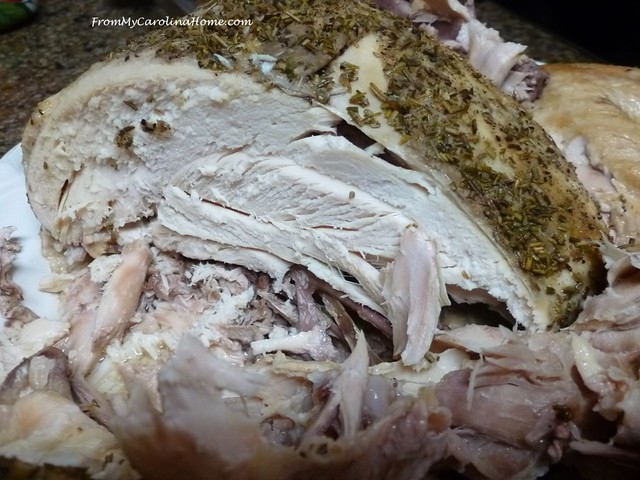 But the extra treat is the broth! I put it into a container to chill. 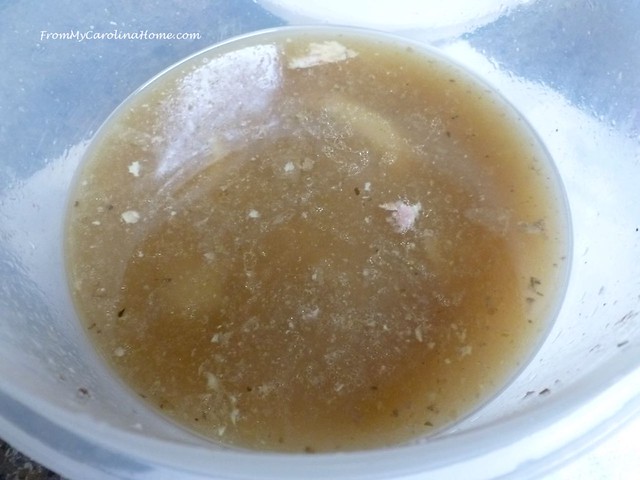 Chilling leaves the aspic clear, and makes the fat easy to lift off and discard. 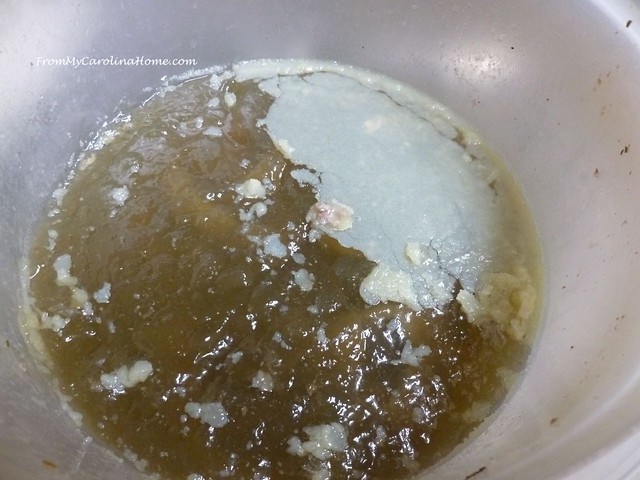 I put it in a blender to incorporate the onion and garlic into the broth. 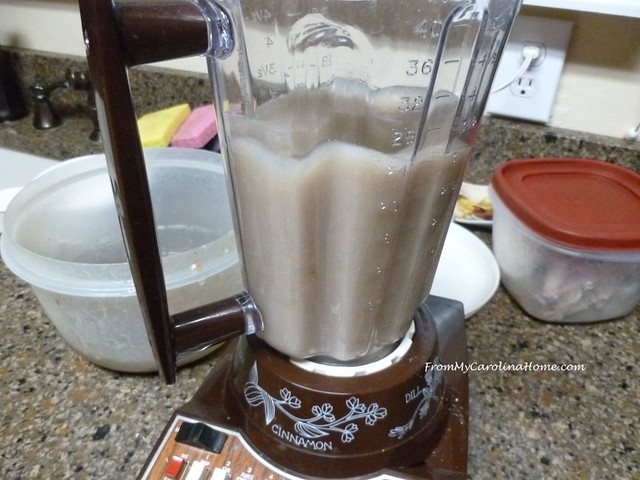 After eating the chicken for supper and sandwiches for a couple of days, the remainder was chopped for the soup. 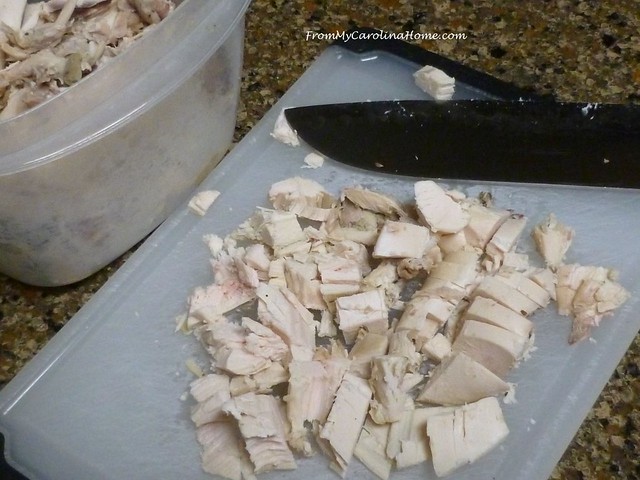 Bringing the broth and chicken to a boil, I added biscuits cut in half for dumplings, then put the lid on so they could cook. 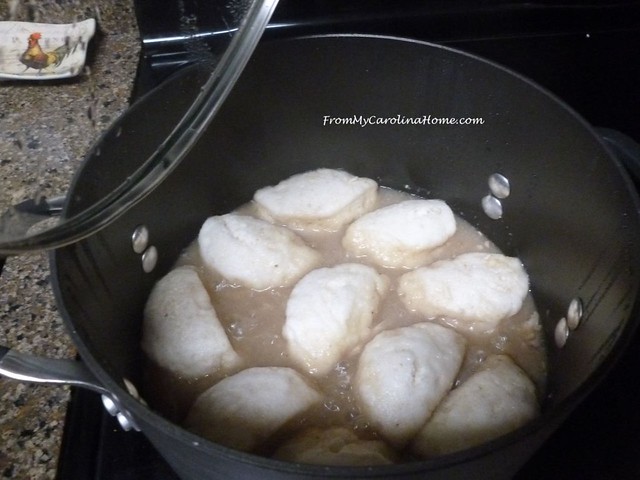 Yum, chicken and dumplings. Wonderful on a cool rainy day. 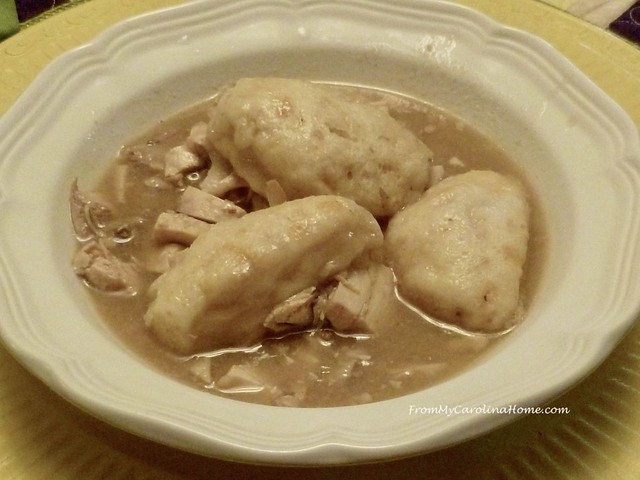 I’ll be experimenting with different combinations of spices and herbs, as DH didn’t particularly like this one.  The best thing is, there really is no recipe, or right things to use, it is up to your taste.  I do think that next time, I’ll cook the chicken on high for 2 hours, then low for four more, to see if that gets the chicken up to temperature faster and keeps the white meat more moist.  The dark meat can take the long cooking time better than the breast meat.  Even though it is a large cooker, the minimum fill line is pretty low on the crock, so making meals for two is possible.  Yet, the large oval will accommodate things like a whole chicken, or a corned beef brisket without cutting and stacking. 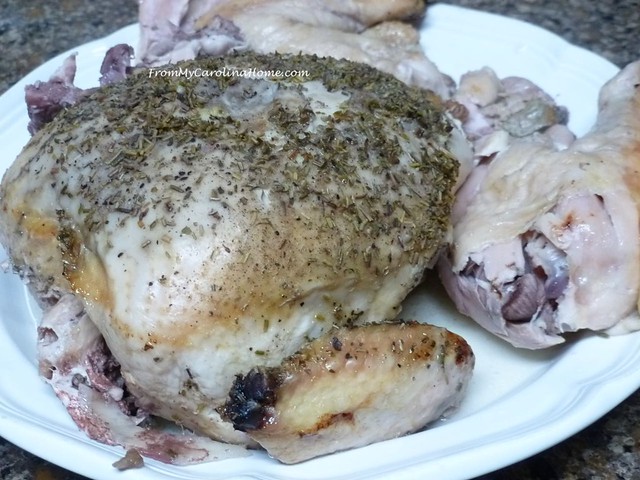 Do you use your slow cooker in summer?