Moving to the next Quilt of Valor, this one was a four patch design, alternating with printed large squares, and a red border. It had a masculine look to it, so I decided to use a pantograph called Tiger Swirl on it. The points have a flame-like feel, meant to be like a tiger’s stripes, with curved lines. 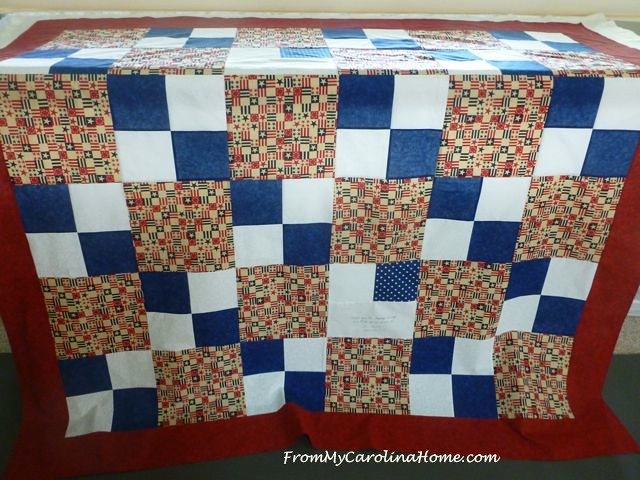 Folding it up to check the borders, there was a little bit extra but not too bad. You can see how the outer edge of the red angles just a bit downward at the edge compared to the joining seam on the inner edge of the border. 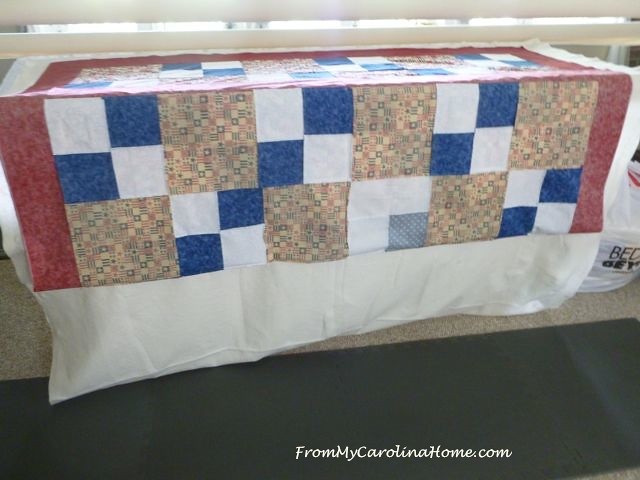 I steamed it after loading, and the top edge was looking pretty good. 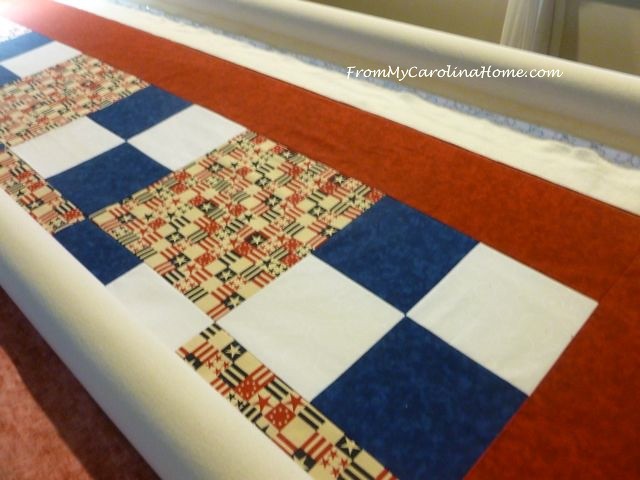 First pass looking good, the pantograph seems like a good fit.  You can see the curved lines ending in points here, it does kind of look like a tiger’s stripes. 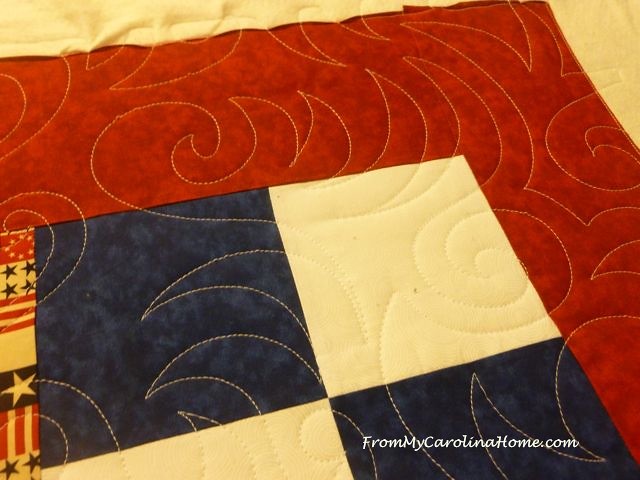 I forgot to get a picture of my thread audition, but you can see I decided on a light ecru color thread. It gave the darker block areas a bit of punch as those were solid colors. 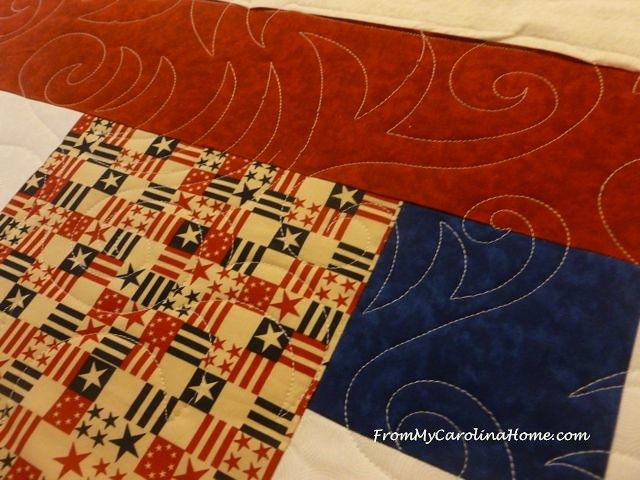 It disappears over the busy print with the ecru background. 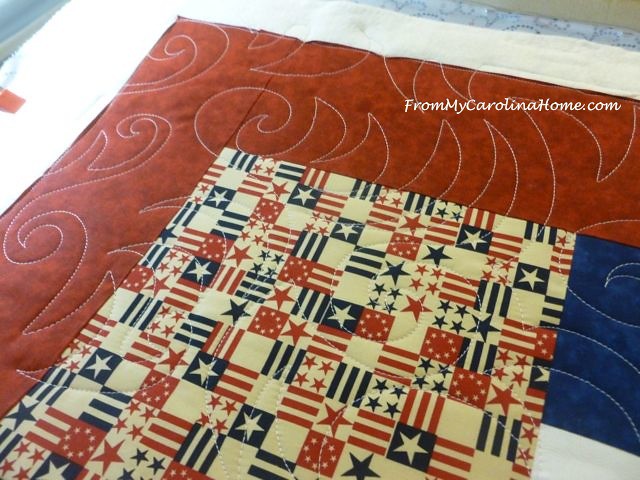 And then I messed up again. I didn’t pay close enough attention when I advanced the quilt, and overlapped the stitching a bit on the next pass. 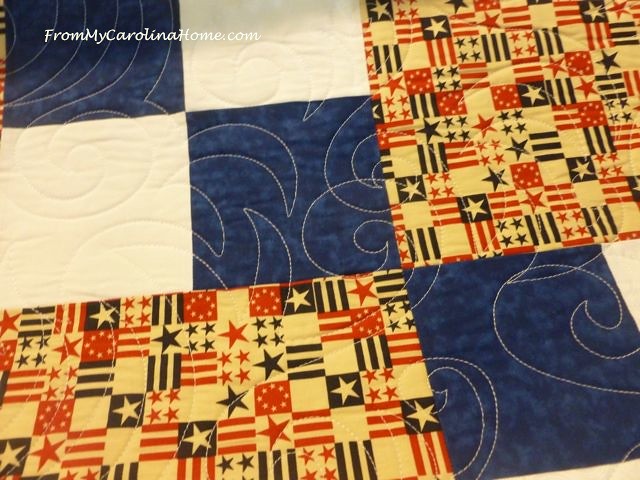 I noticed the little extra in the borders made some wrinkles in the fabric when quilting. This isn’t too bad and hopefully will be camouflaged after it is washed and draws up a bit. You can see the overlapped pass here too. 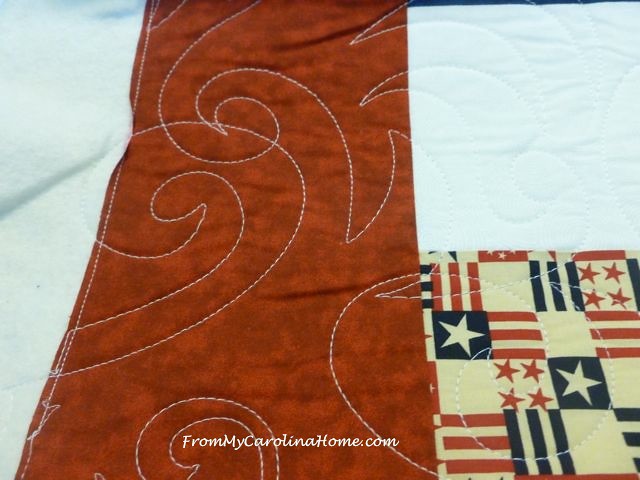 Ugh. I cannot believe I did that.  I thought about this for quite a while, ripping it out would take me a long time, literally hours, and this was a charity quilt.  I was doing the quilting for free. If someone was paying for the quilting, I would have just started in fixing it without a second thought. Ultimately, I decided to leave it. 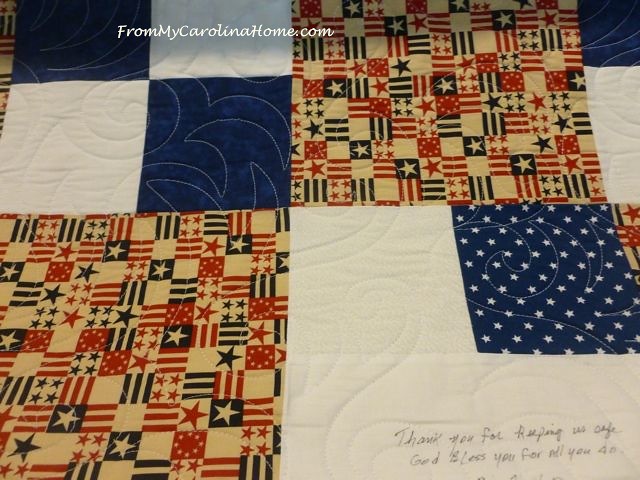 The backing is predominately white, so the thread color did well for that print. You can see the backing print on the roller here as I got to the bottom edge. 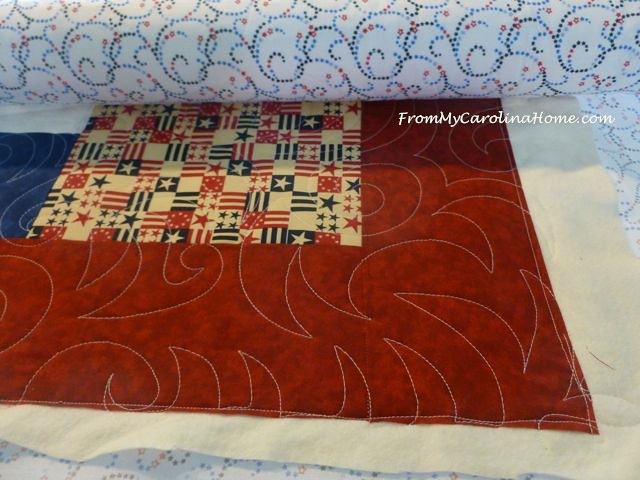 Two of the blocks had handwritten messages with signatures. Hopefully, that is what you notice looking at the quilt, not my quilting mistake. 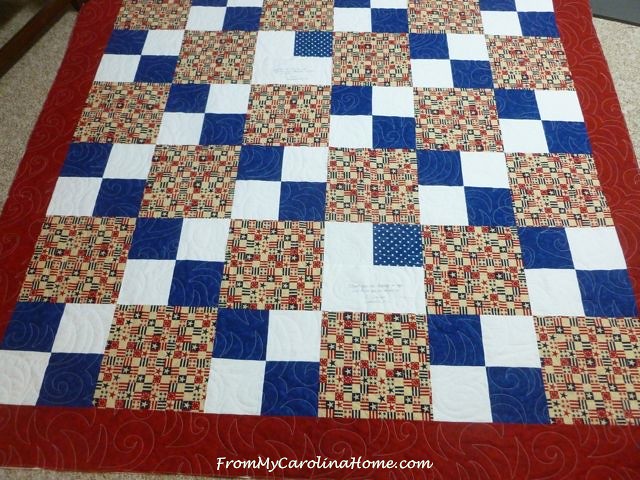 Overall, I hope it looks nice. 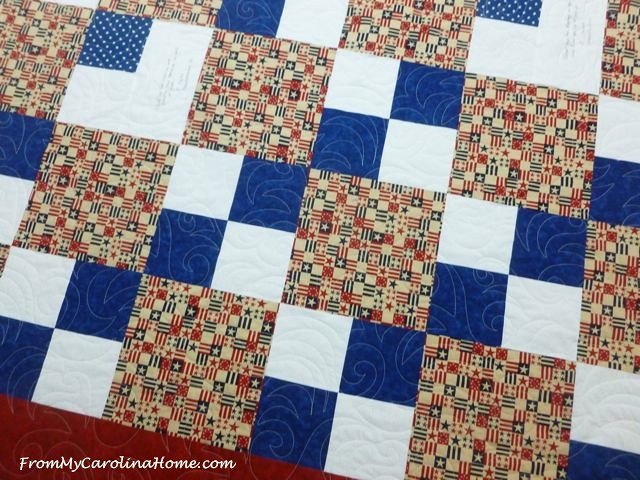 So the question of the day, would you have ripped out this mistake on a charity quilt?  Or did I make a reasonable decision to leave it?