With the prospect of Irma coming into the mountains, my friend and I decided to hit the fair on opening day rather than wait until Monday as was our original plan.  The forecast on Thursday night was for Irma to end up here with an 80% chance of rain all day increasing to 100% later in the day.  Of course that changed over the weekend, but we didn’t know that then.  So, after working the book sale for a couple of hours on Friday, I picked up my friend in Arden and we headed out to the fairgrounds.  Traffic was incredible going north, as lots of Florida and South Carolina license plates were on the freeway.  I made the mistake of trying to use the freeway to get from Upward Road south of town to the Fletcher exit, but quickly exited off at the next one to take the back roads I know trying to avoid the main traffic.  But the main street through the towns, state road 25, was also very heavy going north.  We made it by avoiding that road as well, taking a lesser traveled even more back road, LOL!!  First thing I did was to get a corn dog, then we went to see all there was to see.  I found three of my quilts entered into competition had won ribbons, and I was so thrilled!!  One was the Be My Carolina Neighbor, but the picture didn’t come out.  I’ll get another picture later next week. In the meantime here are the others.  Scrap Dance Waltz, my original pattern, won a second place ribbon in pieced bed quilts.  Get the pattern in my Etsy store, link on the sidebar. 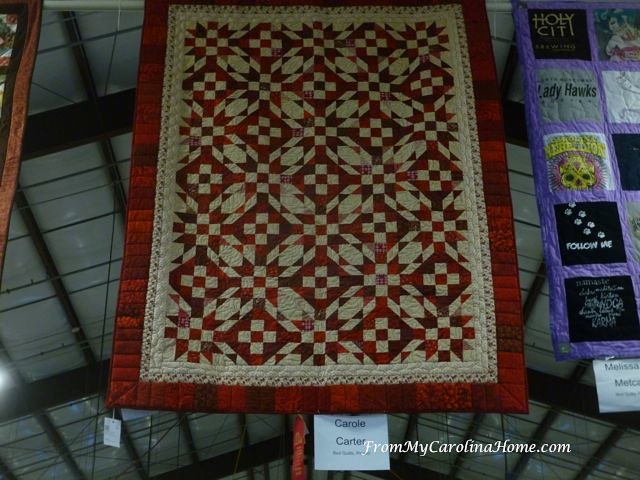 Magnolia Attic Windows won a second place too. That pattern is free on the blog, a nice idea for using large scale prints. 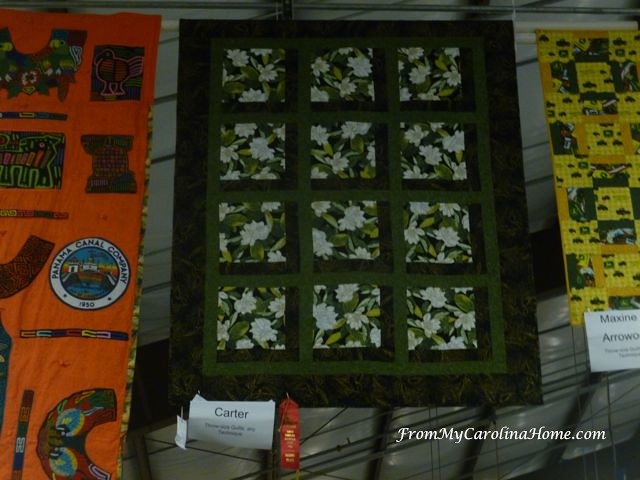 We had some fun watching the pig races. They are designated with color ribbons around their necks, and have names that are fun take-offs of race car drivers. Loaded into the gates, the outer plywood is lifted and they are off to run around the short chute track. 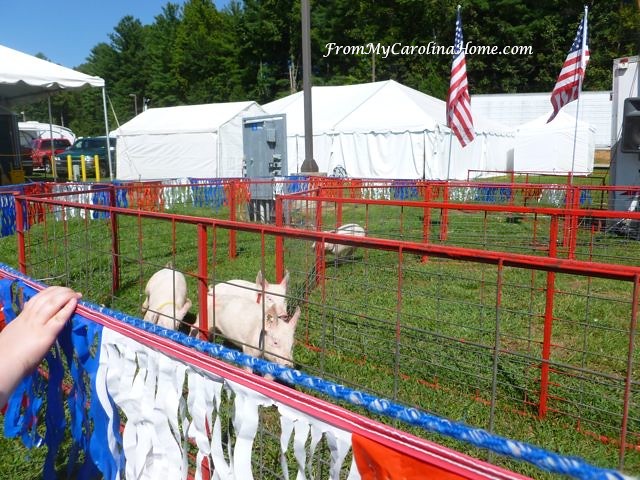 Down and around the last turn… 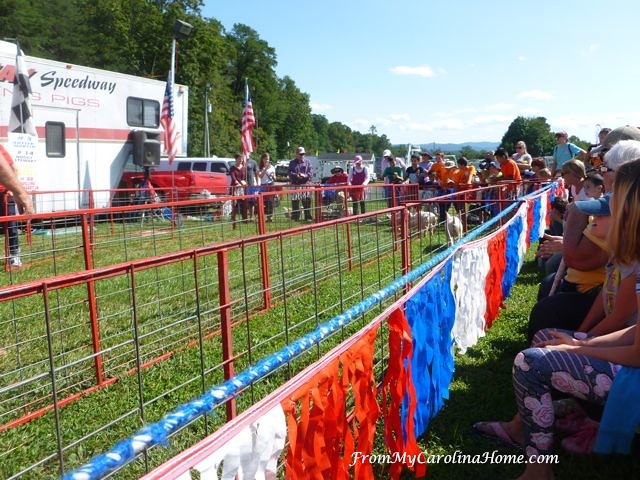 first one to the end gets the cheese treats, everybody else gets kibble. 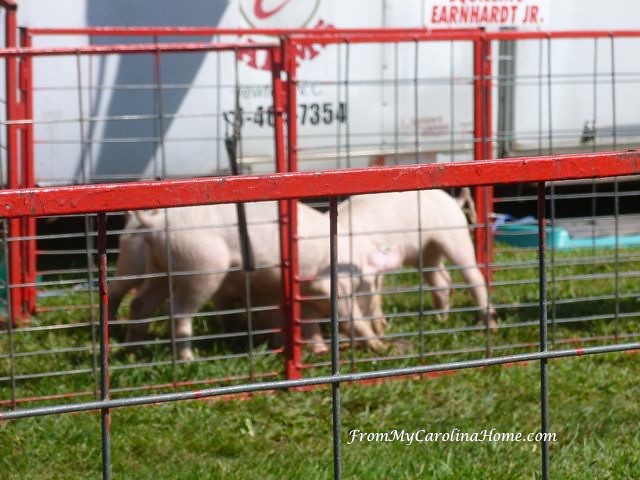 Then the show has races with goats. 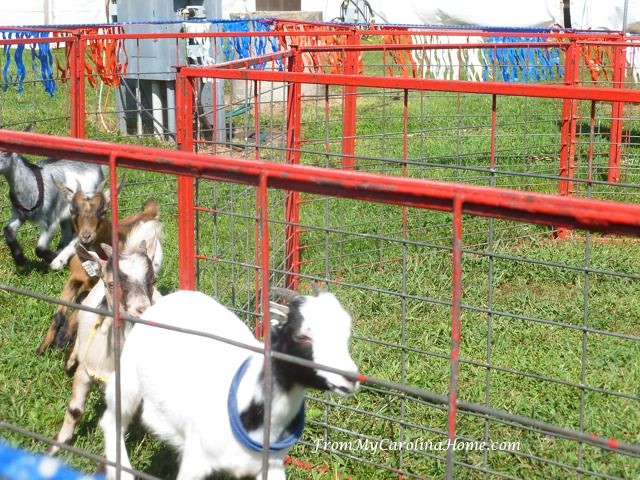 And then the ducks race, so funny to watch. 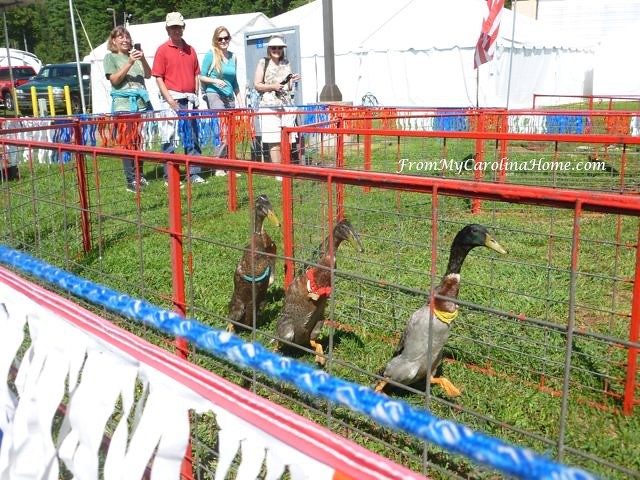 Lastly, the little potbelly pigs raced. I like this picture and may enter it next year in the photo contest. 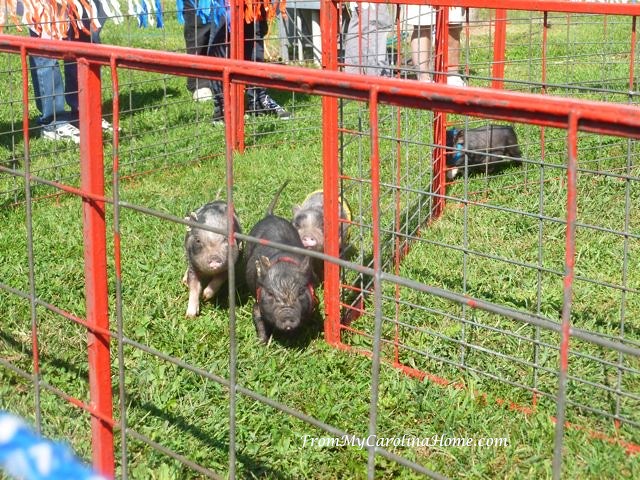 We looked around at the Davis center, and saw an acrobat show. 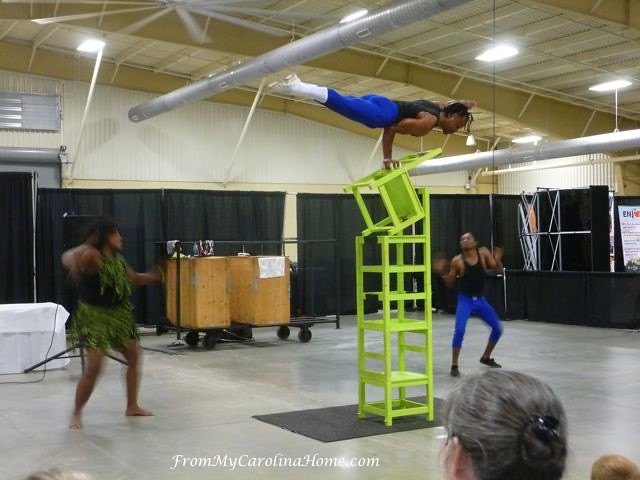 Then went to the livestock area to see the animals.  These are just a couple of the pictures I took. 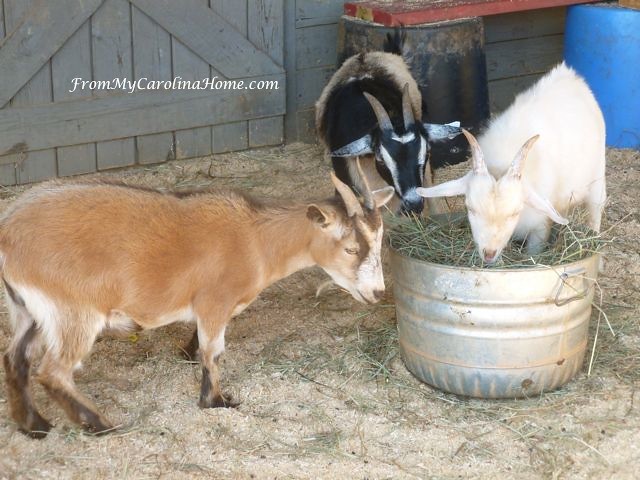 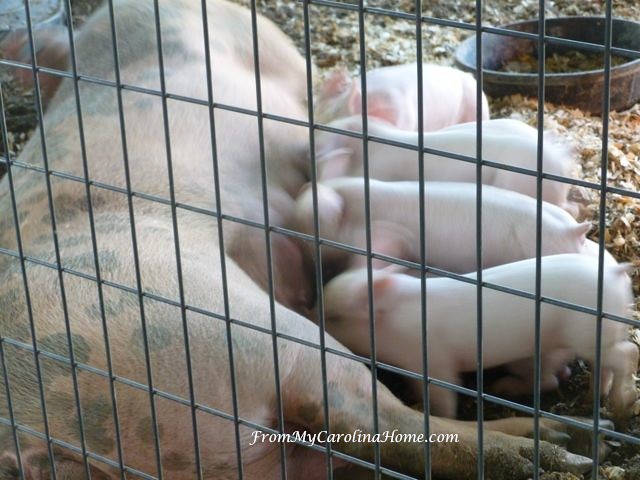 Out in the arena, we saw a neat horse riding show by the Freedom Riders, carrying flags of our country and our state, and all the military service flags along with a few others I didn’t recognize. The riders did some intricate moves around each other with the flags flying, quite the spectacle. 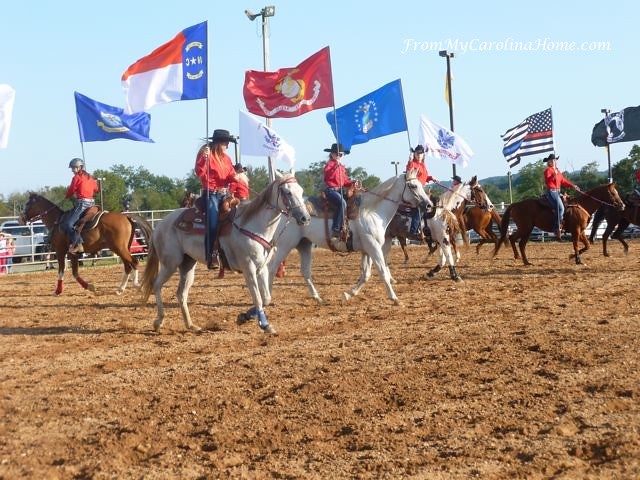 In the crafts competition, my Swing Bag won a first place!  Find the pattern in my Etsy store. 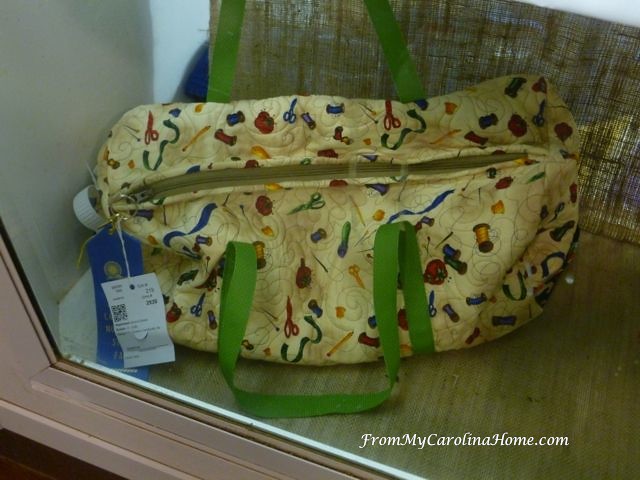 The Patriotic version of Scrap Dance Tango won a second place in table toppers. Find the pattern in my Etsy store. 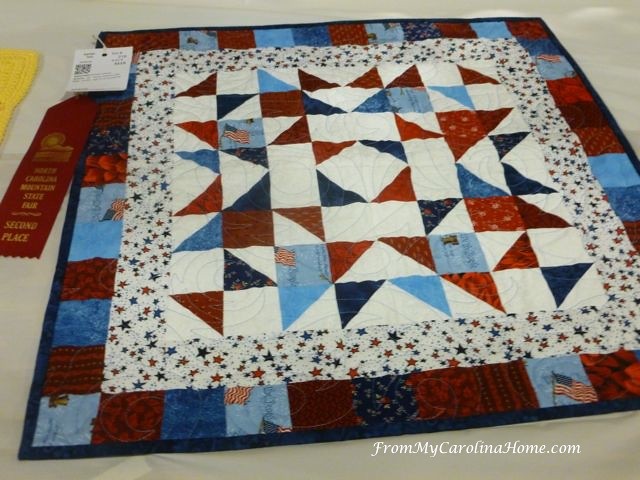 The first of two cooking competitions I have entered is coming up on Tuesday, so I’ll at the fair again.  This will be my first time to compete in a cooking contest. I have at least two more ribbons to share for other entries, but the photos came out so bad that I have to go take more pictures. So, I’ll share those with you later in the week.  The temperature turned markedly cooler here too, and I am really in the mood for autumn now!

Are you ready for fall?

33 thoughts on “Fun at the Mountain Regional State Fair”