There are some really tall trees at the edge of the meadow in front of our mountain home, and the tallest has been struck by lightening three times. At least that many that I am reasonably sure of, maybe more. The last time it really did more damage than ever, streaking the trunk with scorching marks. It is very tall, over 100 feet, and it was looking more dead than ever. Most of the green has gone from the remaining pine needles. From time to time, there is just no choice but to cut a tree down, before it falls down. In the forest around us, we leave these alone and let them fall as they may, providing hiding places for wildlife and abundant bugs for the birds to eat. But this one had the potential of causing damage to our retaining wall or our neighbor’s workshop or home, so it just was time to take it down. 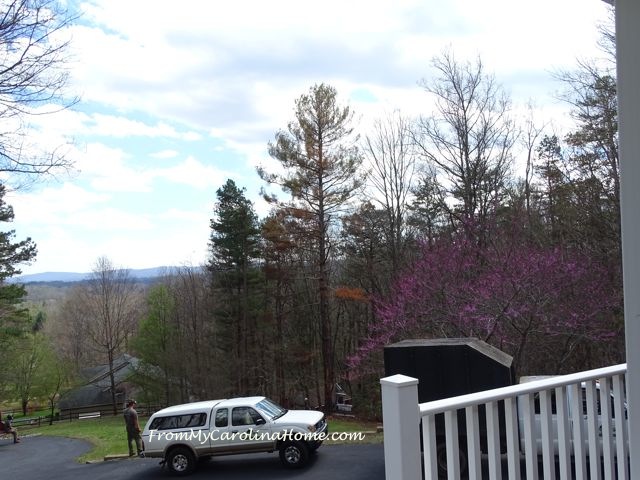 We’ve only had to take out one other tree like this in the back that was threatening to fall on the house, and that was some years ago. In that way we have been lucky, this doesn’t happen often. So when it does, it is interesting to watch. The company brought in a little backhoe and a lot of guys to help. They began with making cuts around the base, stabilizing the tree with the backhoe so it would fall the direction they wanted, and not on the neighbors little red workshop. 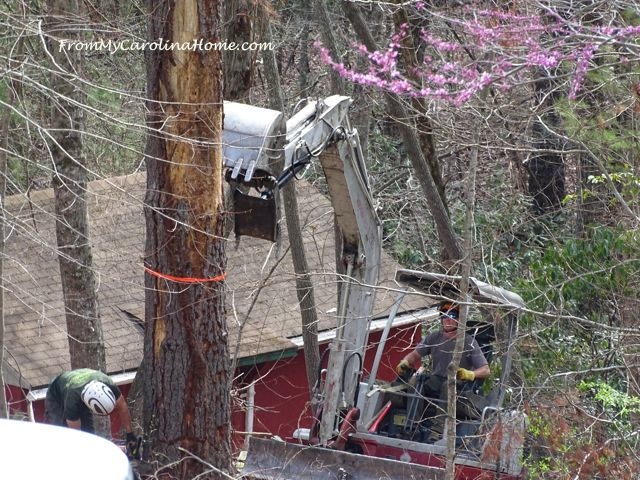 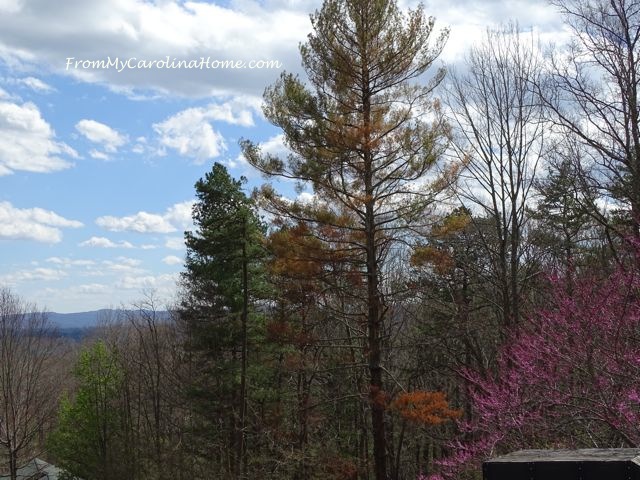 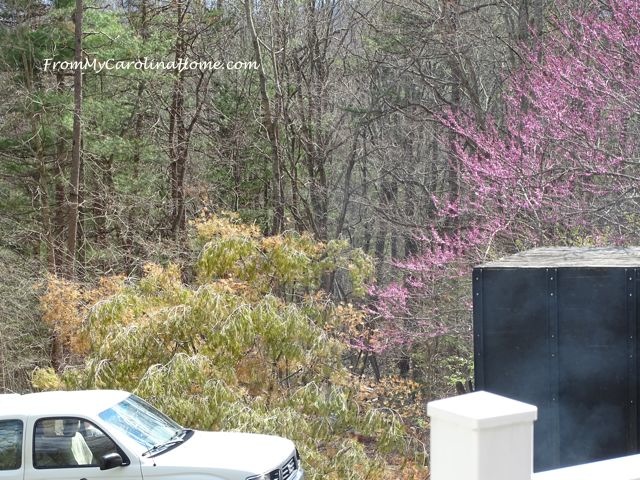 There was a touch of sadness as it hit the ground, but really, this is better. It wasn’t going to recover, and every bit of it will be recycled. I don’t know why it is so fascinating to watch equipment work. But it is! They gathered up the branches in bundles as the workers cut them off the main trunk with chainsaws. 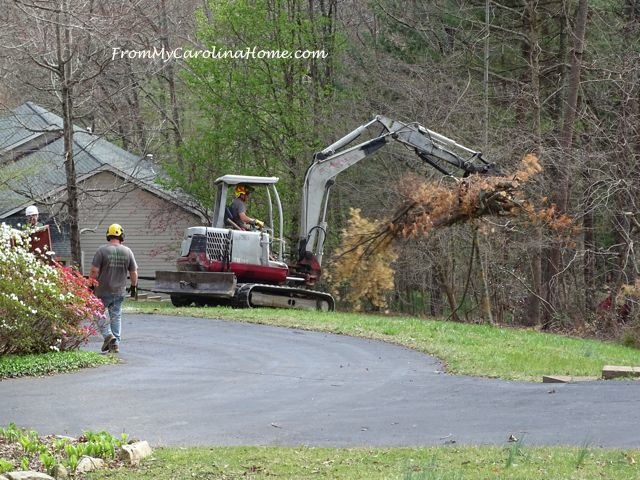 Then stuffed them into the chipper, a bundle at a time. 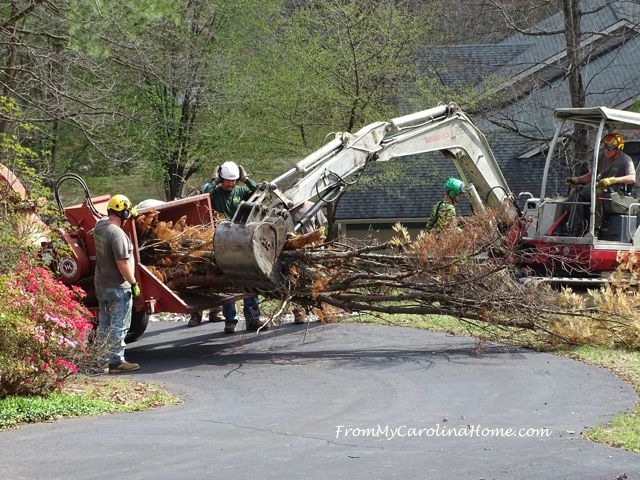 The huge trunk was cut into 15 foot long pieces. 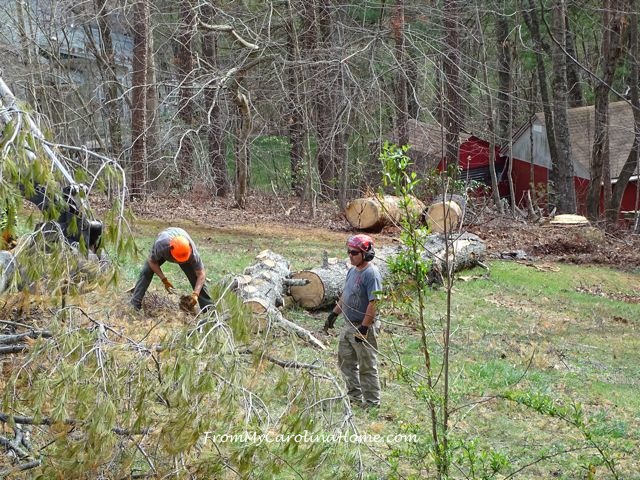 While the backhoe worked on more branches. 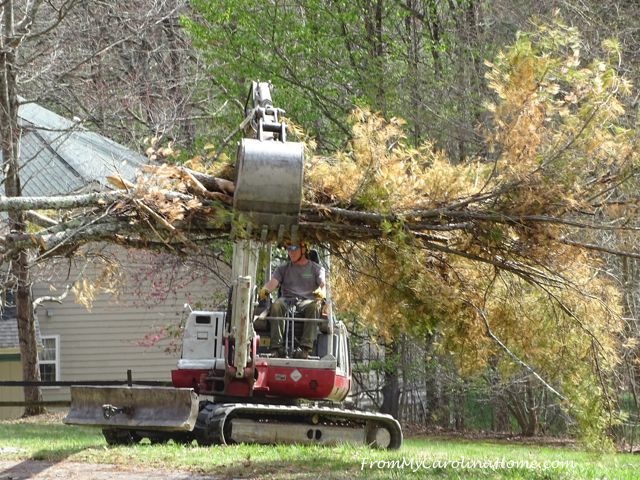 Then the top of the tree was guided to the chipper.  This section was at least 25 feet, maybe 30. 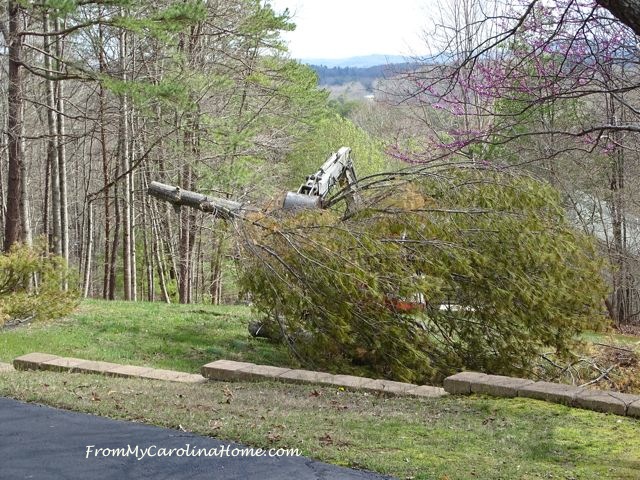 I was amazed that it went through in less than a minute, going from a dead section into recycled mulch.  On the edge of the photo on the right, you can see the redbud is waking up. 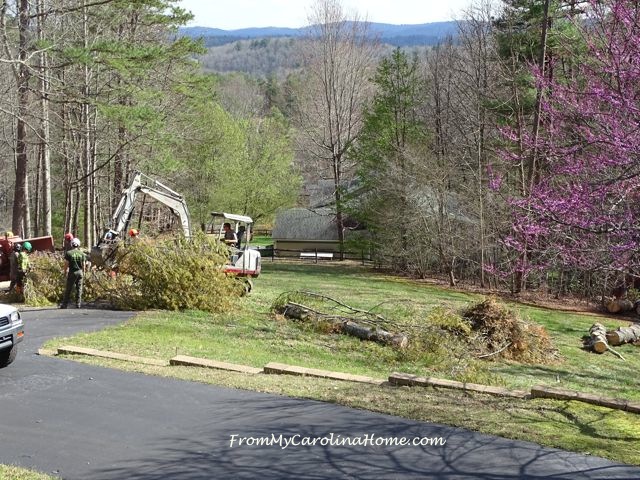 The large trunk sections were loaded into a truck, destined for a lumber mill to turn them into usable lumber. 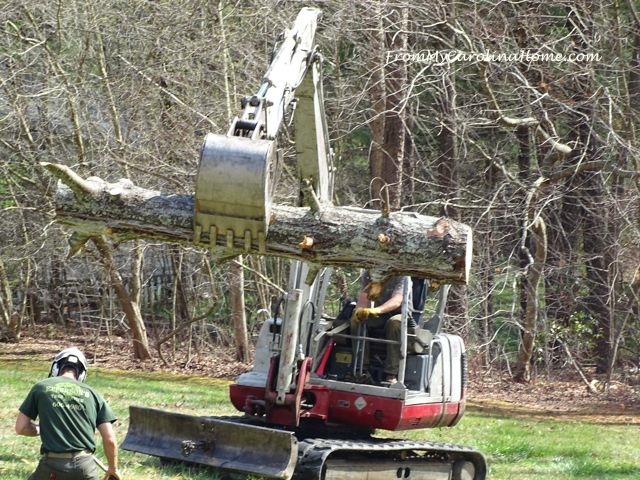 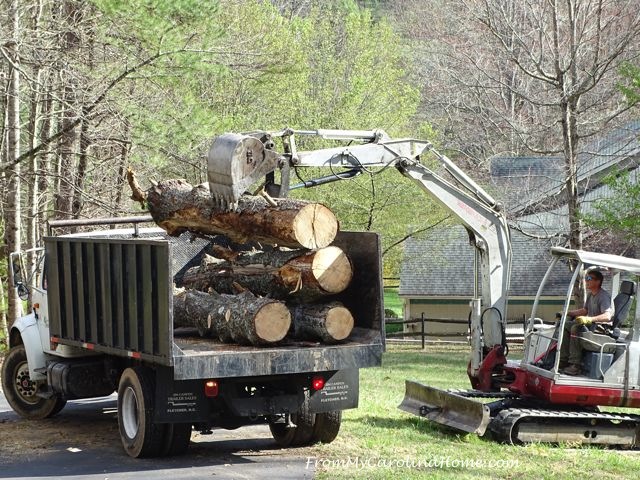 After the workers cleaned up everything, the meadow is quiet again. The next morning, mist had formed from the thunderstorm overnight.  There is a gaping hole here, to my eyes, where that taller pine once stood.  But I’ll get used to the lower tree height pretty quickly, and it is nice not to see the brown pine needles on that dead tree. 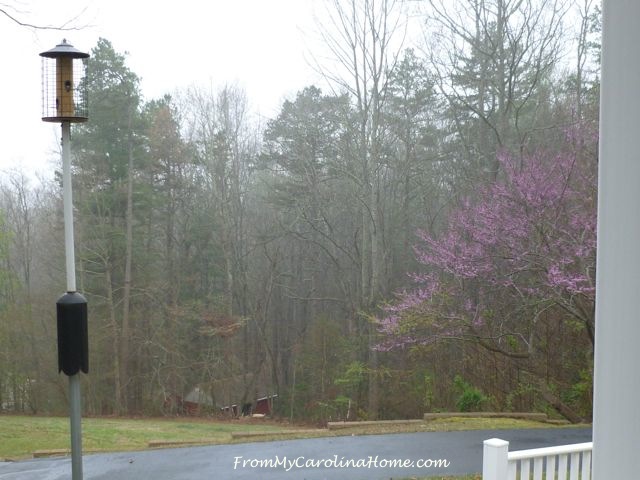 Once everything greens up, it won’t be obvious at all, and the neighbors workshop will be obscured once again.  It is lovely getting a bit warmer, but our last frost date is still almost two weeks away.  No planting yet, but a bit of clean-up was in order over the weekend.  Elsewhere in the garden, a few azaleas are coming out. 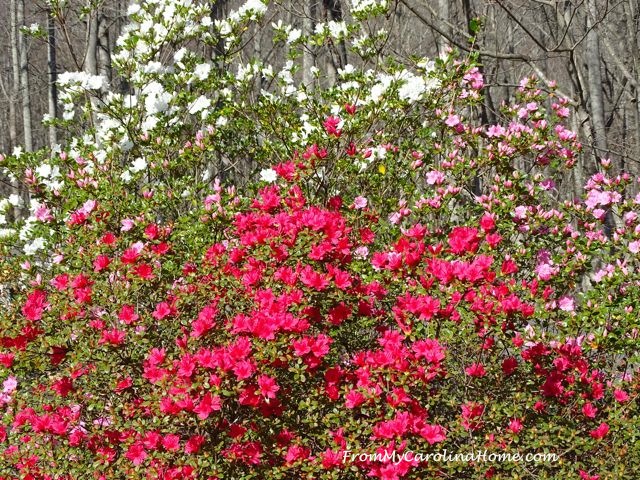 They are just getting started, the pink and white still have a lot of buds. 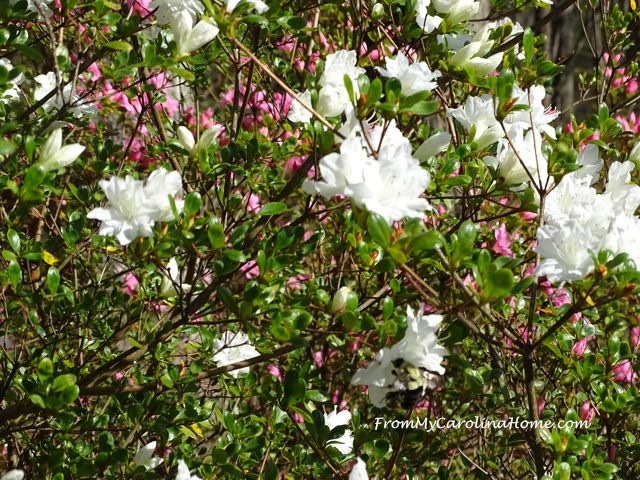 I love the white ones the most. There’s just something about white flowers. 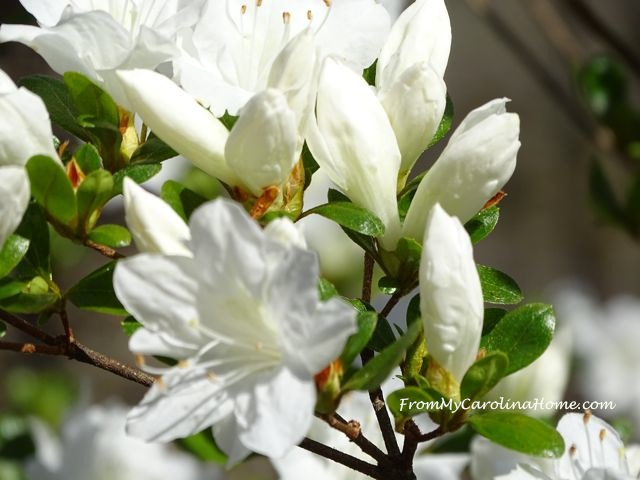 I have ordered my torenias for this year to pick up on the 17th, so more about the garden later.  And I’ll get back to quilting soon too.

What’s going on outside at your place?