The last few days have seen some really amazing sights.  Having a camera with a really good zoom lens has helped to capture some spectacular pictures of our regular visitors.  Often I am unable to grab the camera fast enough to get good photos of the visitors, but this week was a banner week. First, early one morning the turkeys came by, this time the two males had joined the female flock, and they were showing off. I love it when they fluff up and strut, and this particular morning was one of those very rare instances where they gave a magnificent display. 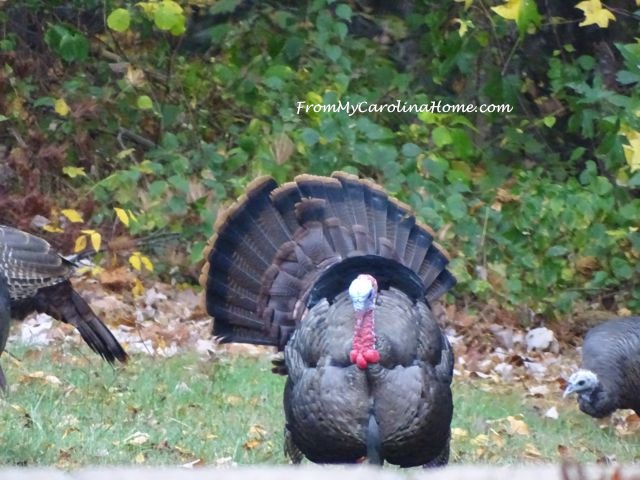 The two males seemed to be in competition parading around the females. 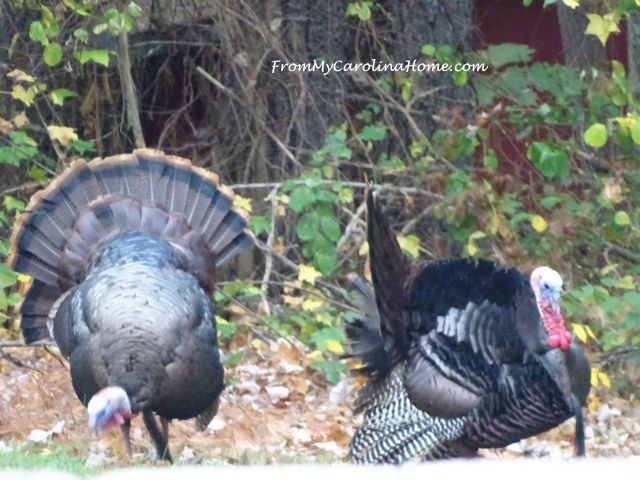 They both puffed up their feathers, spread their tail fans and strutted their stuff for quite a while. 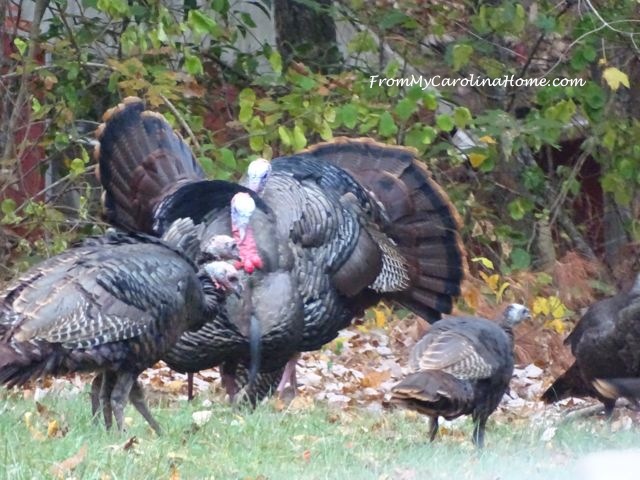 The funny thing is that the females seemed unimpressed, they kept pecking at the acorns, and didn’t pay a lot of attention to the poor guys. 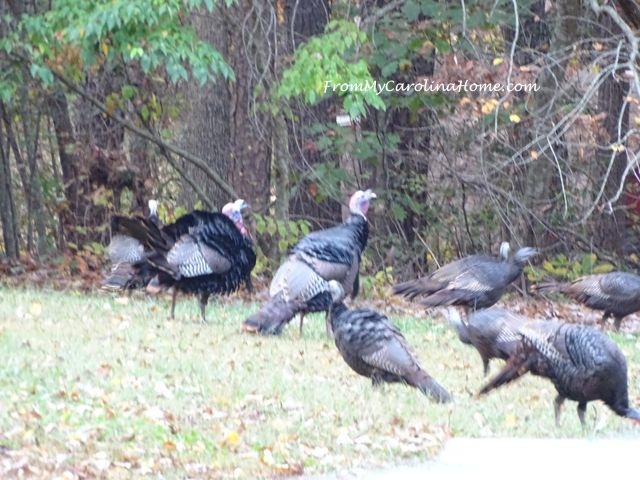 Marvelous, aren’t they?  They would fluff up and stand for a moment, then slowly turn in a circle in order to show off from all sides.  Then they would take a few steps in one direction and turn again. 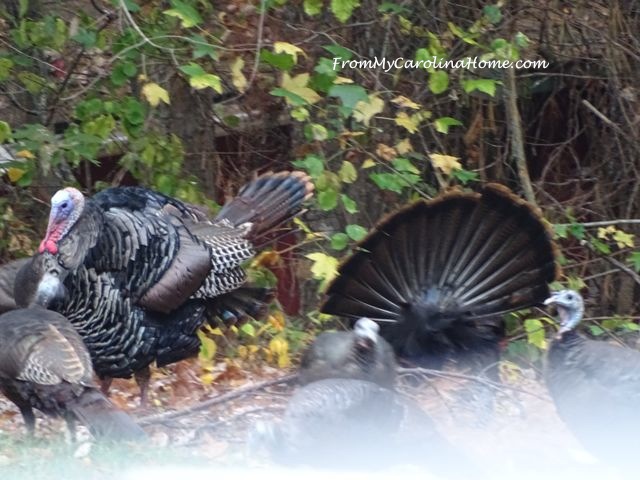 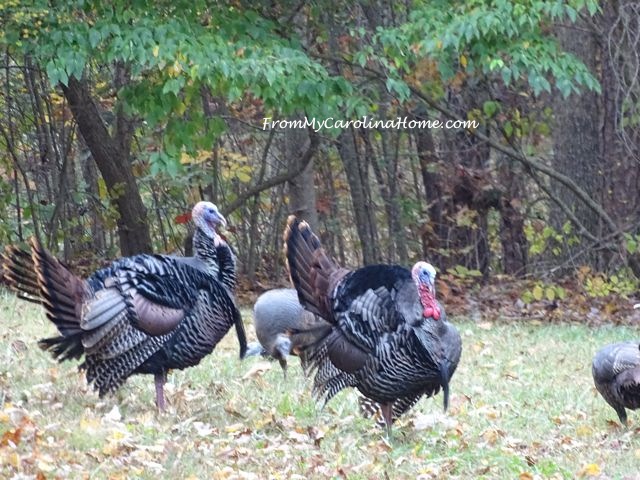 Poor boys, doing all they could to get the attention of the girls and not being very successful.  Look at me!  Look at me! 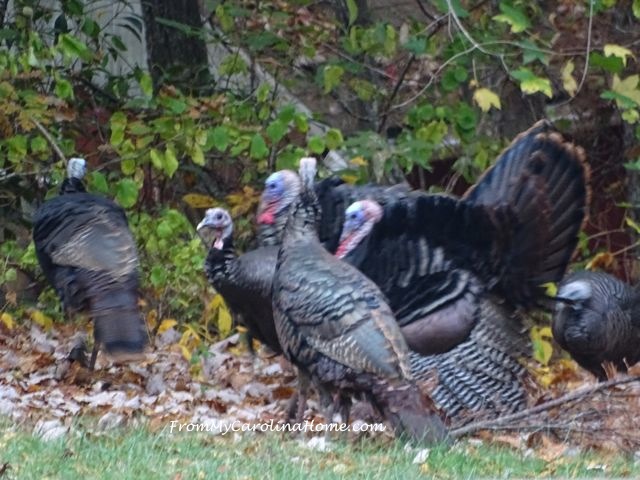 After a while, the whole flock moved off to the woods, with the boys still strutting their stuff as they went. 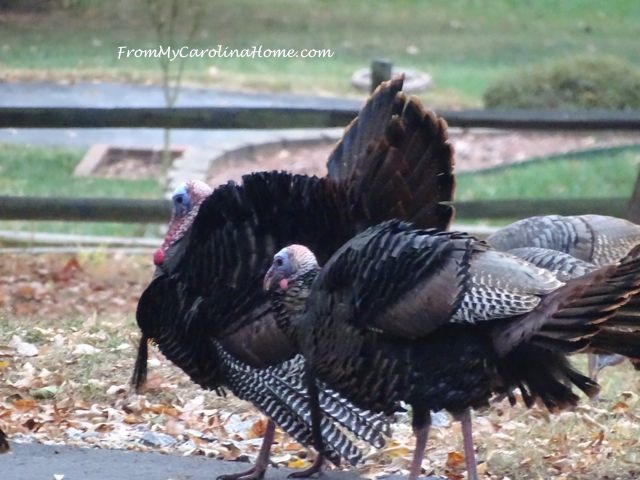 Then, one of the four foxes living nearby made an appearance. I first spotted it walking on the driveway circle, and it strolled over to the meadow. I was in such a hurry to take photos, this one was between the railing on the porch from inside the house. I was afraid to go outside as I thought the noise would make the fox run away. 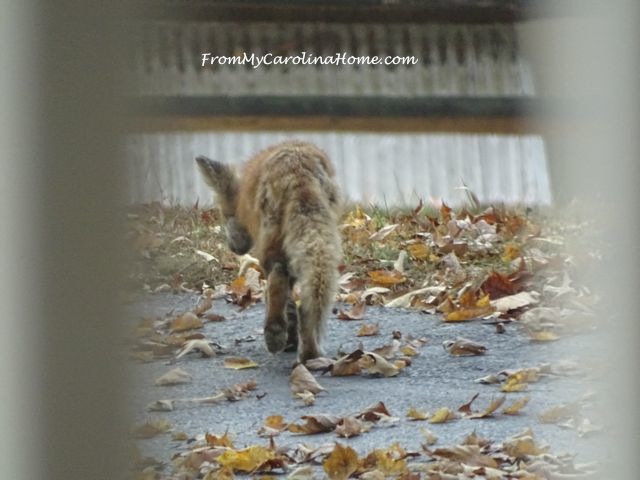 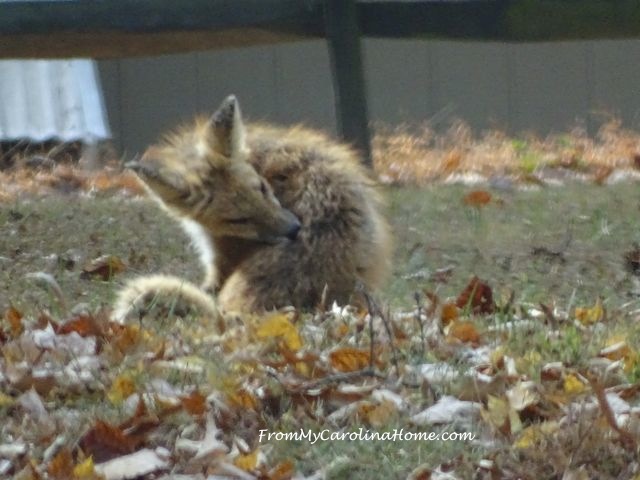 It sat on the edge of the meadow for a minute…. 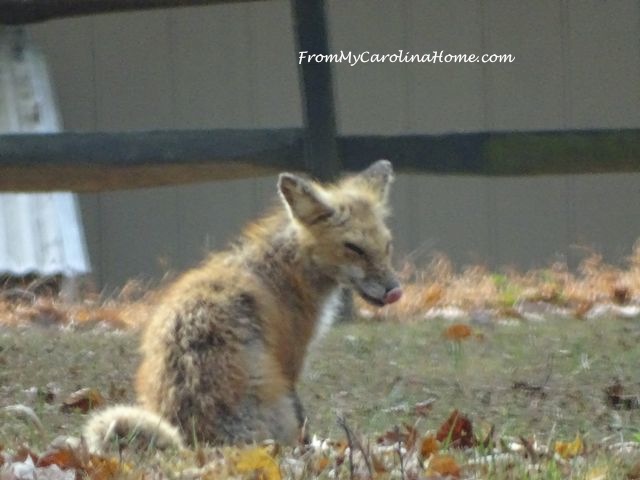 scratched under its neck… 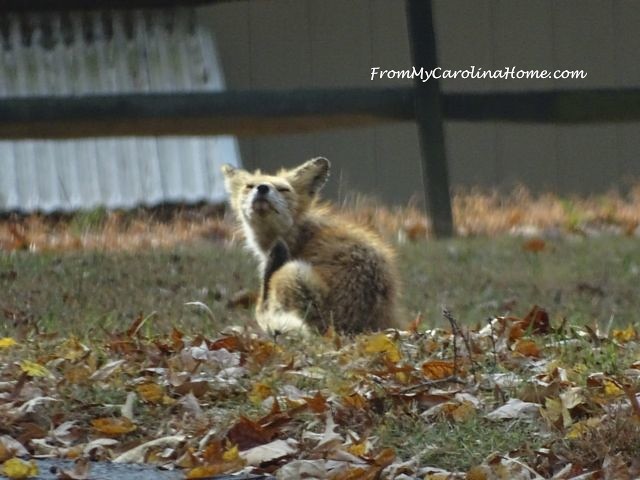 looked around a bit, then wandered off to the forest. 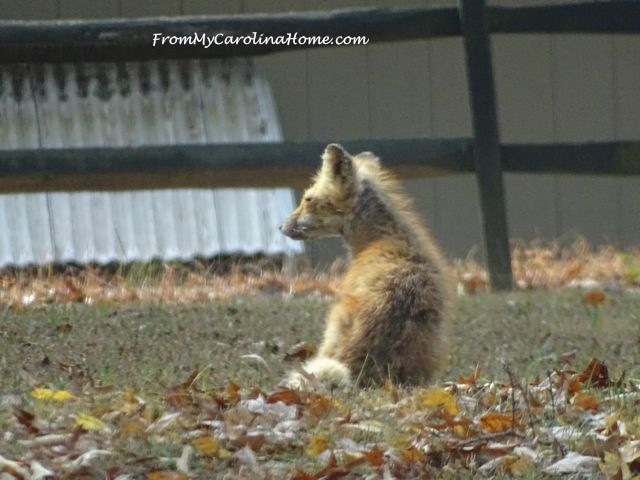 It is wonderful to live with all this wildlife. Mountain living at its best!  I saw on the news that the black bears are going to be later in hibernating this year because it is still so warm, and there have been more sightings in residential communities north of us.  I haven’t seen any here lately, but that doesn’t mean they aren’t around.

What’s happening in your neighborhood?

Sharing
Rattlebridge Farm Foodie Friday and Everything Else

24 thoughts on “November Visitors on the Mountain”