Remember this little cross stitch Christmas tree that I showed you during Christmas in July? 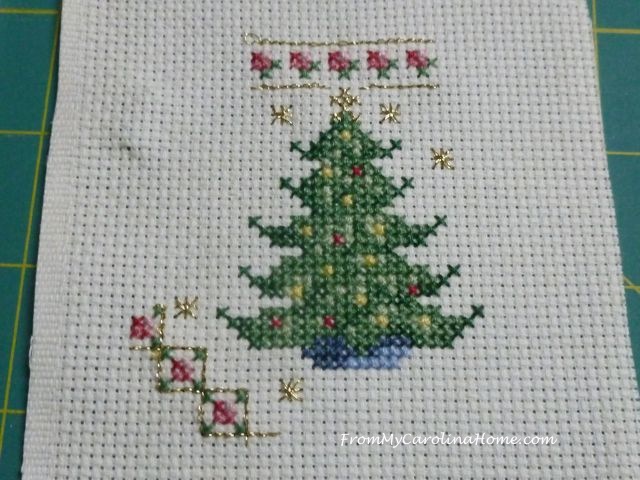 It is one of several designs in a kit. The problem I have at this point is I don’t want to make it the way the pattern says. It calls for the stitched piece to be cut out in a stocking shape, sewn and stuffed.  That is why there is some decorative stitching above the tree and to the left at the bottom.  The pattern contained the backing pieces already drawn for cutting and sewing. 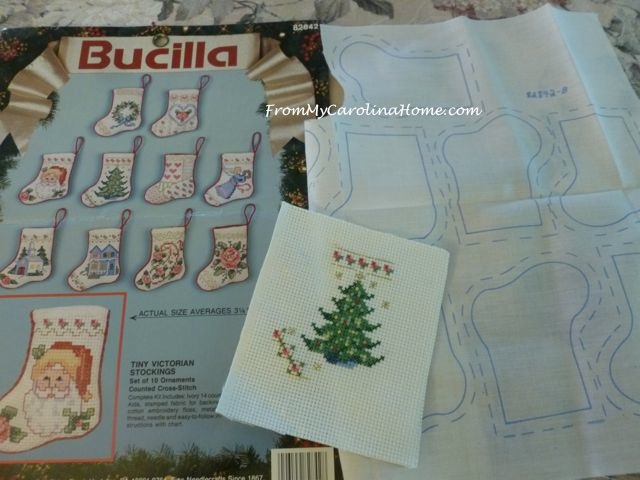 So, if I want to sew it into a quilted ornament like I did the Candy Cane Ornament, I’ll have to make some decisions.  Mainly, what to do with those little bits – take them out?  Add more to balance them off?  Neither option was appealing.  Then I thought, I’ll just stitch a stocking shape around what is there.  So, I got out some DMC floss, and auditioned some colors. 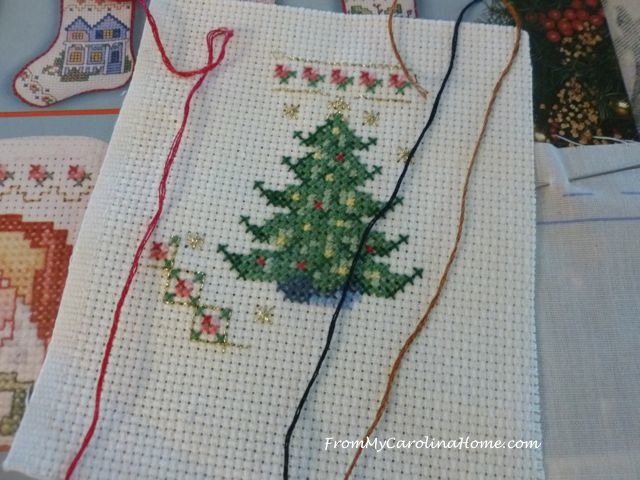 I liked the red best, so started stitching a stocking shape around the existing needlework.

I stitched that turn three times, I took out the first two because I didn’t like where it ended up at the toe area. I’m not sure that I really like this either, but it is staying. At this point, I thought it might be good to give myself a stitching line, so I drew one on in pencil. 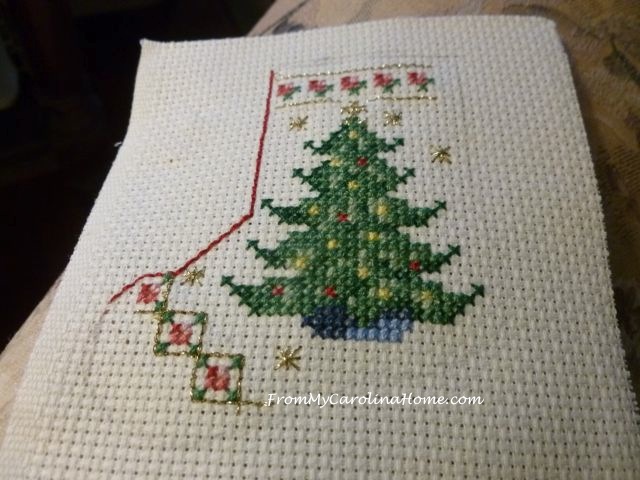 A few more minutes of hand work, and the stitching was done. 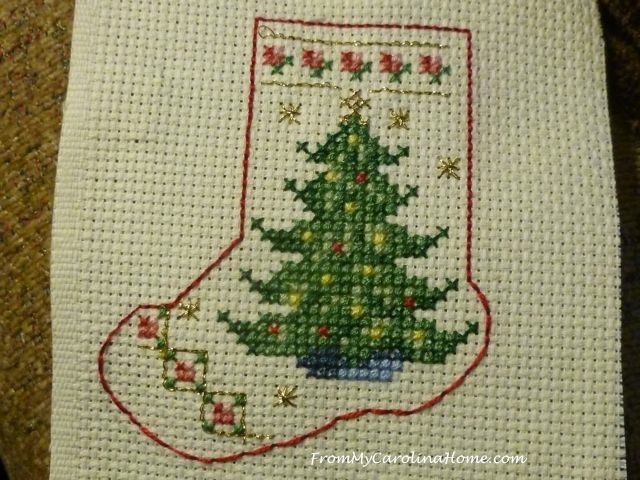 Finishing the ornament went the same way as the other one, beginning with squaring up the stitched part. This one is quite a bit larger than the candy cane stitching, so I had to use a 4-inch square. 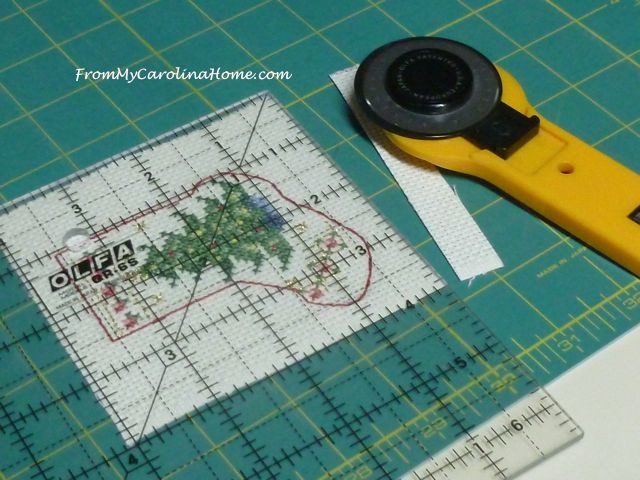 I knew that would make the final ornament large, if I went with two borders again. But I still wanted to do it that way, so I began with the first border in a gold and red print. 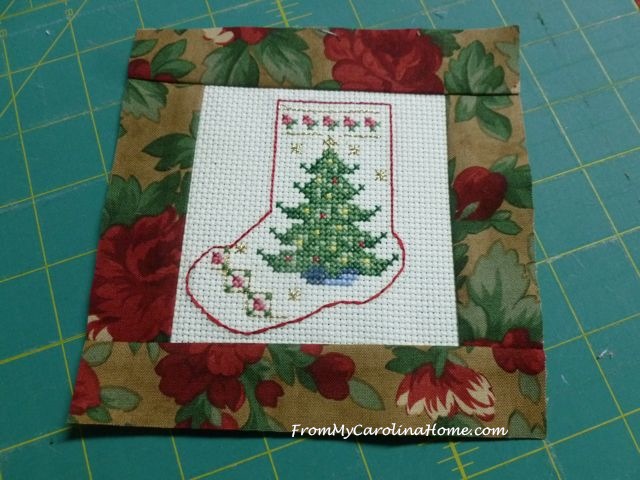 I added the outer border in a cream print with holly, and squared it up again. 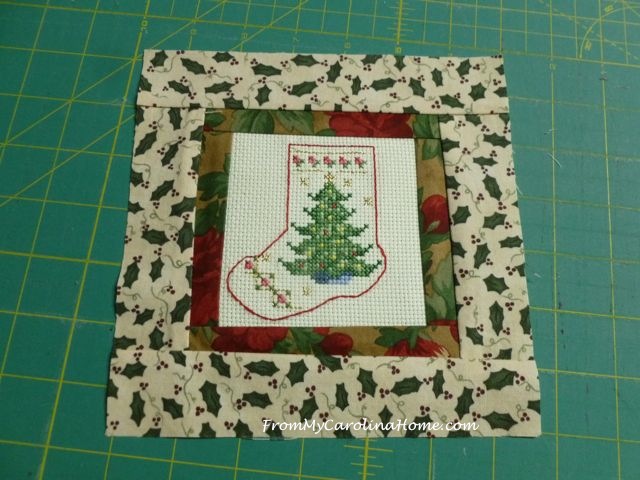 Gold cording is looped at the top for a sewn in hanger. 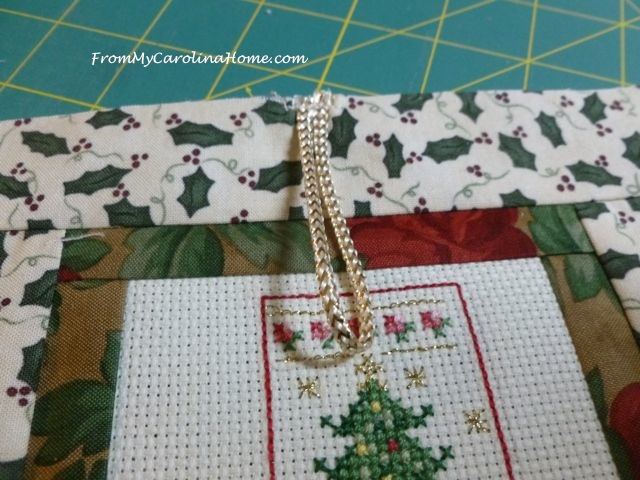 I sewed the pieced front to the same rose print backing, leaving an opening for turning, then adding two layers of batting. 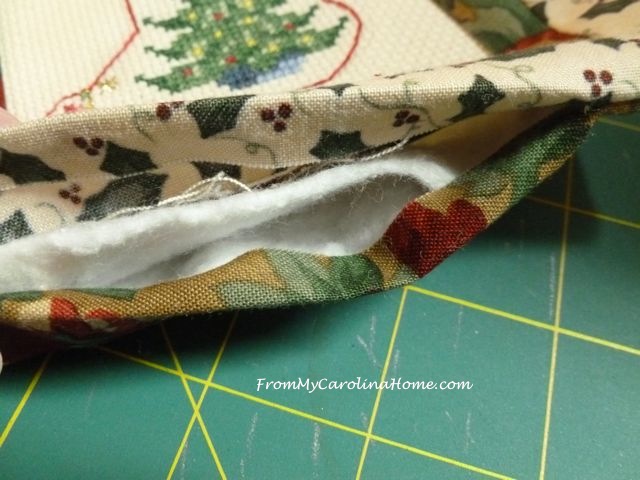 I stuffed just a bit of fiberfill inside to make the center puffy, then sewed the opening closed with topstitching. I went all the way around the ornament to hide the closure. 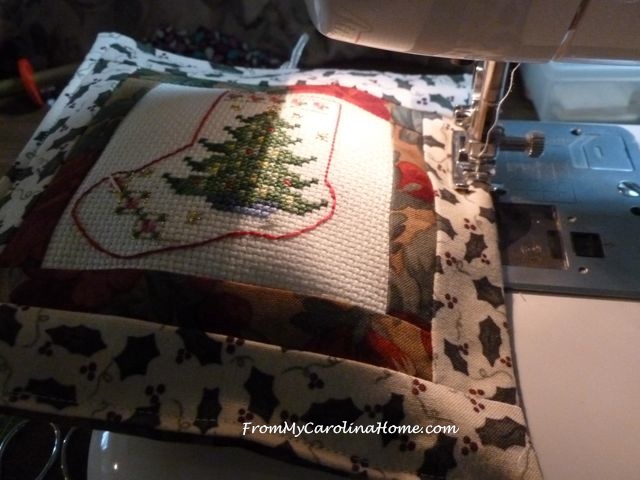 Then I stitched in the ditch on both borders to quilt it. 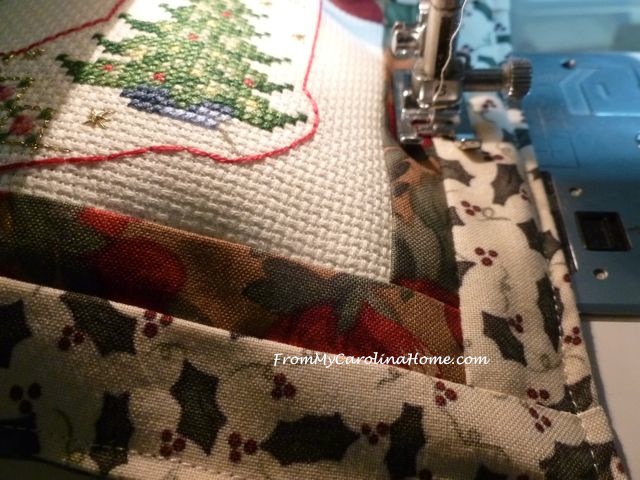 All done, it may just be a bit too large for the tree. 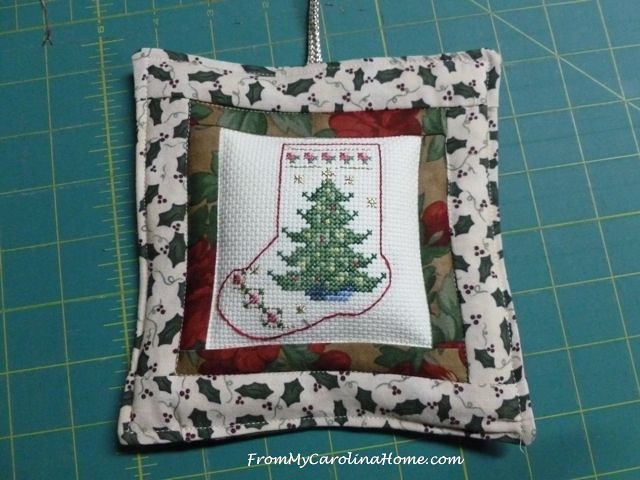 But, because I put a larger loop on it, it could hang on a closet door or on the handle of one of the cabinets. 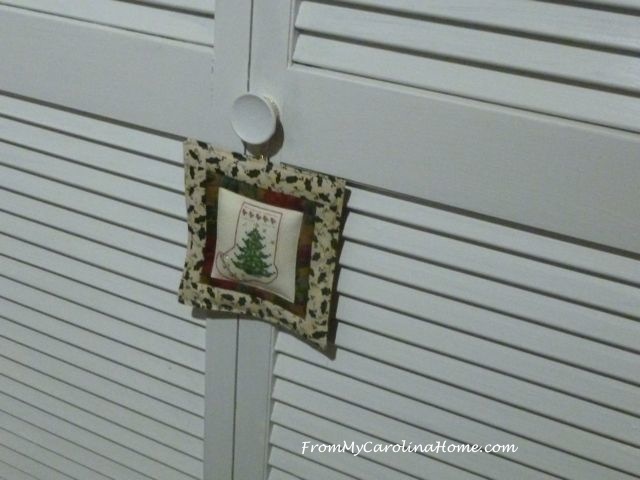 Or perhaps it could simply lean on a sewing machine, lending a bit of holiday cheer to the sewing room.  This one along with the candy cane ornament will go as a set of two into the cross stitch category at the fair. 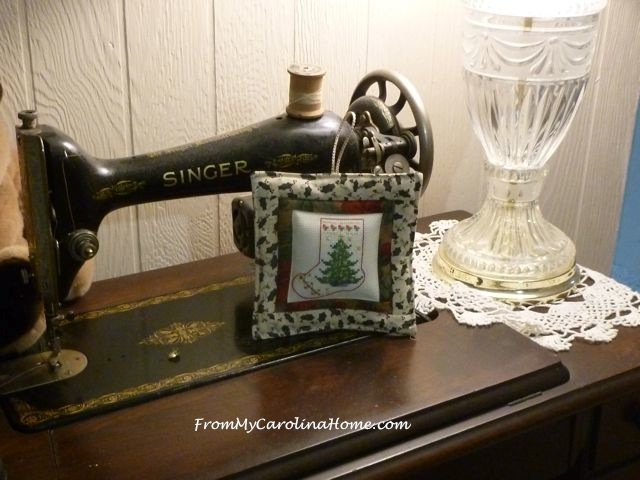 Have you pulled out any holiday stitching for this season?