This year the garden has been a bit disappointing. The flowers did well, but my crops were really mostly failures. The heirloom tomato finally gave me a few scrawny tomatoes, wonderful to eat, but so small. Yet the marigolds were prolific. At least the marigolds kept the bugs off the tomatoes.  This pot is huge, and should have been plenty of space for all, but perhaps not. 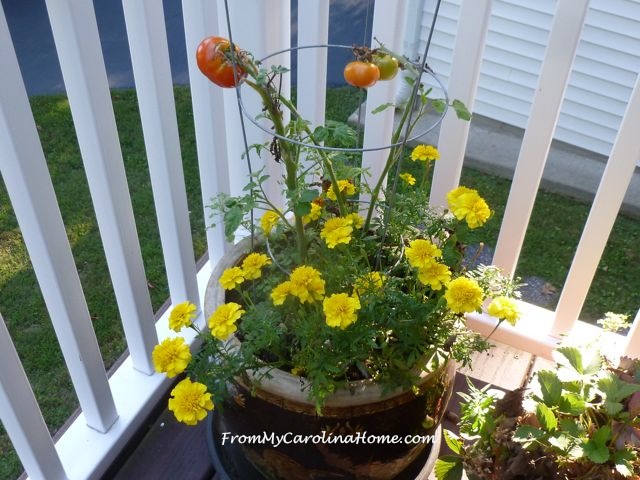 So, again this year, I picked up a soil test at the State Fair agricultural exhibit. 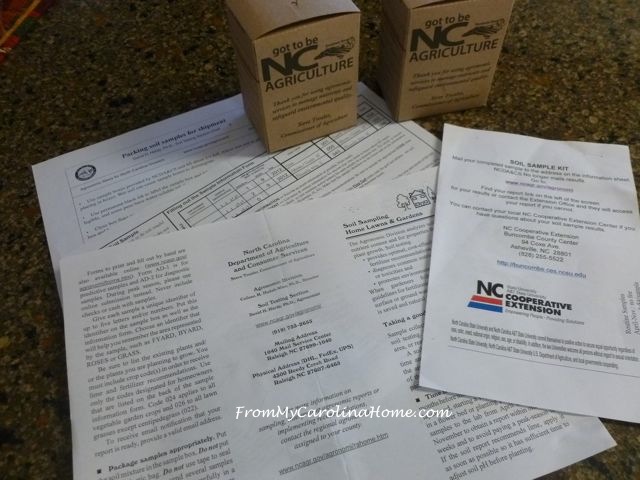 For those who haven’t ever done this before, it is really quite easy. I pulled up the squash plant from the bed, and dug up a bit of the dirt.  It only gave me one zucchini, and the yellow squash bloomed but didn’t produce a single vegetable.  The basil and thyme did OK, but could have been better.  I sent two samples, one from the tomato area, and the other where the squash was growing. 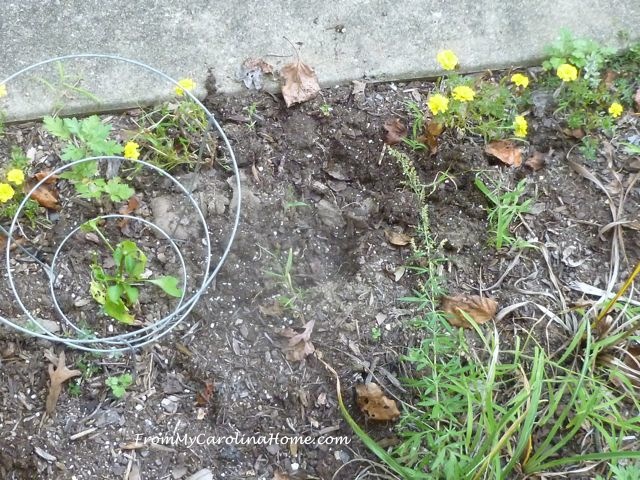 Fill the little boxes up to the red line with the dirt.  Fill out a form. 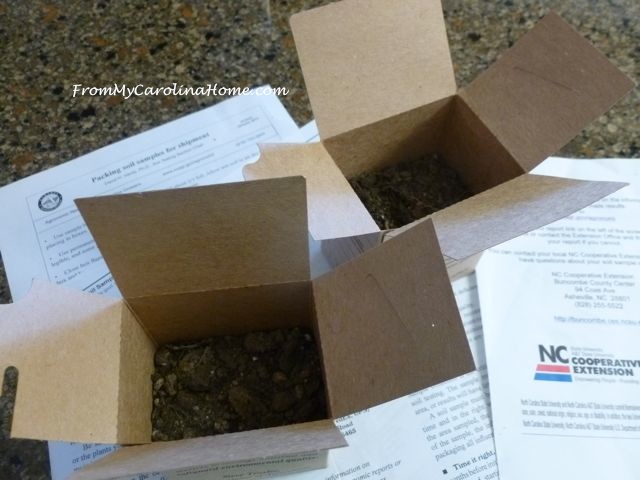 Fold up the box lids, secure as they direct, box them up and mail them off. I should get a report in a couple of weeks which should help me see what nutrients the soil is missing. As a foodie, I really enjoy having fresh ingredients, especially vegetables and herbs from my own garden. It may be that I didn’t fertilize well, or maybe there wasn’t enough watering. If it is soil pH or a lack of some nutrient, I can correct that before planting next spring. In the meantime, I bought a pumpkin for the veranda. 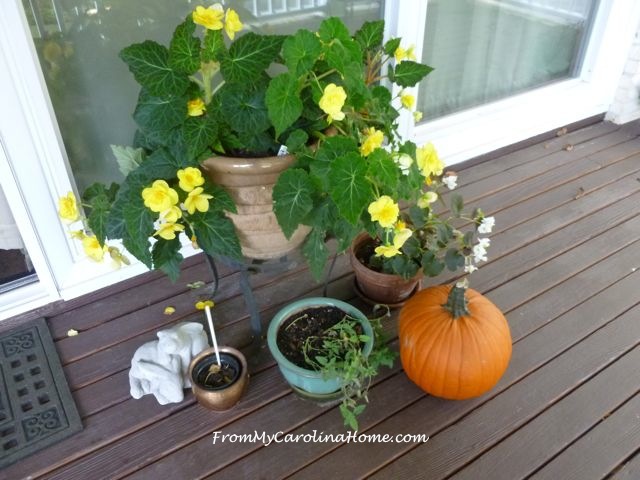 I found a pretty burgundy chrysanthemum so I added it too. I love that deep red color with the orange and yellow for fall. 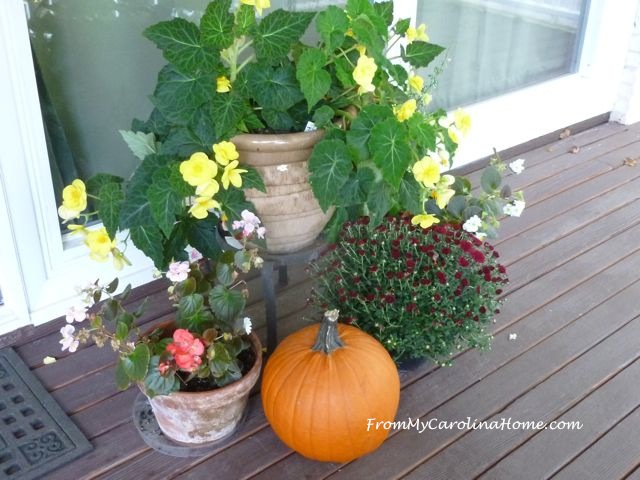 The double yellow begonia is still blooming profusely too. I moved a few things around to pull some flowers together, while cleaning up the pots where the flowers were done. 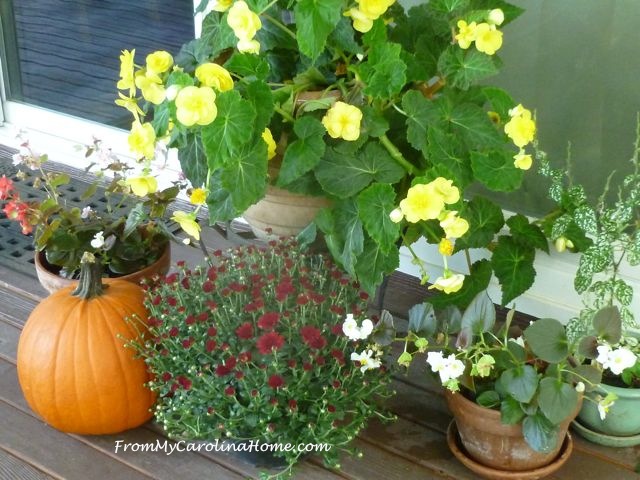 A little water and the chrysanthemum is beginning to open up. Pretty color, isn’t it? 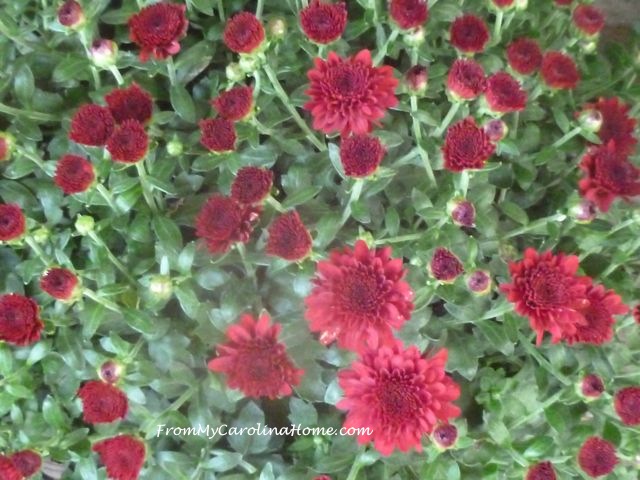 I put out the fall wreath too, the same one I made for last year’s Fall Veranda post. 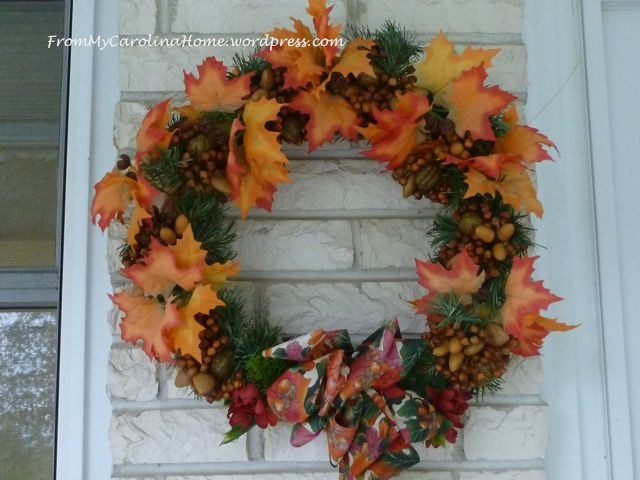 A couple of days later, and the little vignette looks pretty nice next to the front door. 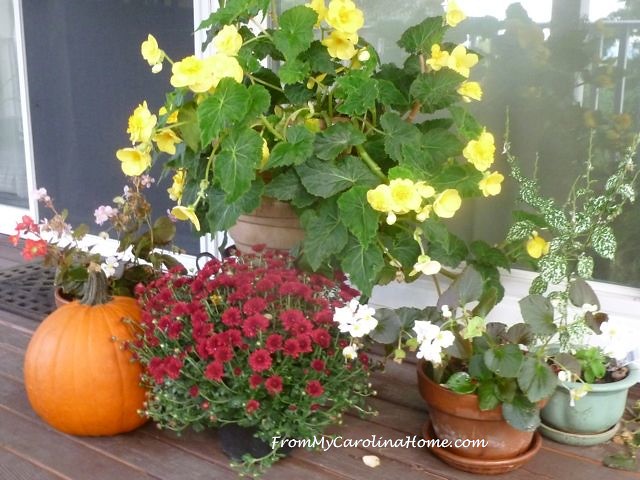 Are you ready for autumn?  Are you doing a soil test in your garden?

4 thoughts on “Later in the Garden”