This weekend is the Apple Festival in my small town of Hendersonville, North Carolina. I have a great time here every year, looking at the wonderful craft vendors that line the streets, enjoying the various entertainments, but most of all visiting the apple grower’s booths. Last year I showed you lots of close up apple pictures, see them again HERE. This year, I thought I’d show you the booths and some of the show. The festival is about six city blocks of vendors. We started out at the NC Apple Growers Association booth, where they were offering taste tests of different varieties. 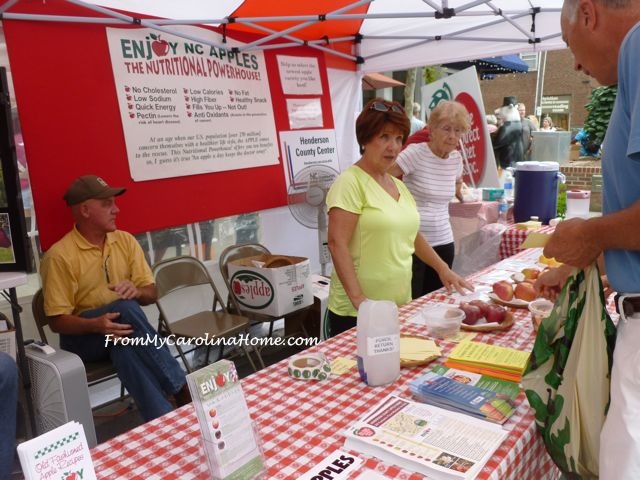 Local growers had booths sprinkled along the Festival area. 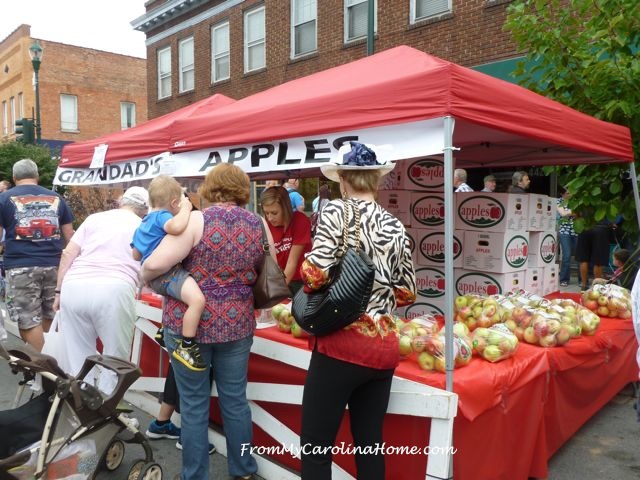 The orchards are all around Henderson county, some east of town and some south. 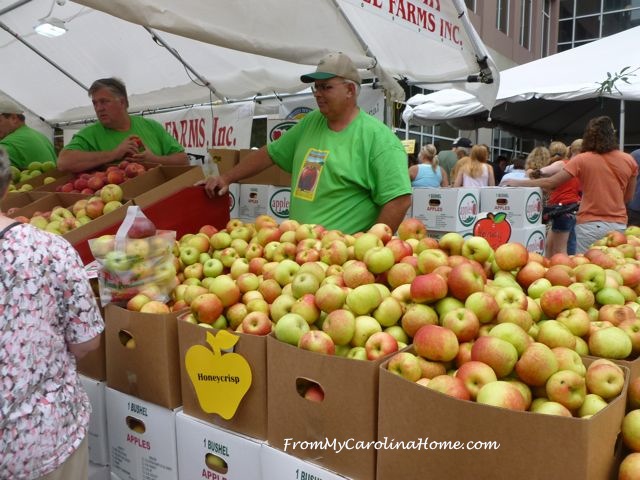 Of course we had to stop at several. 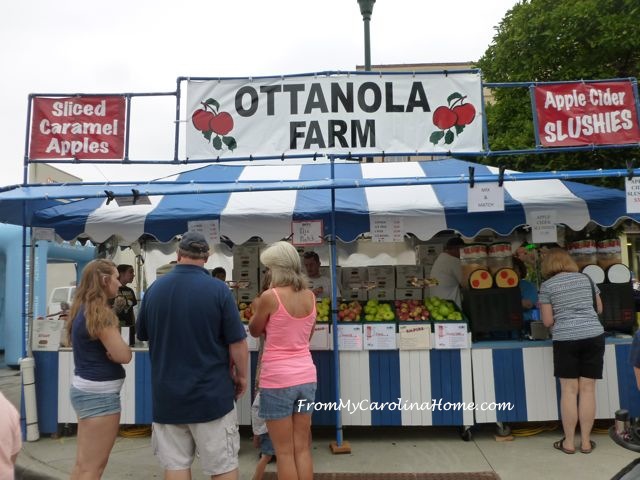 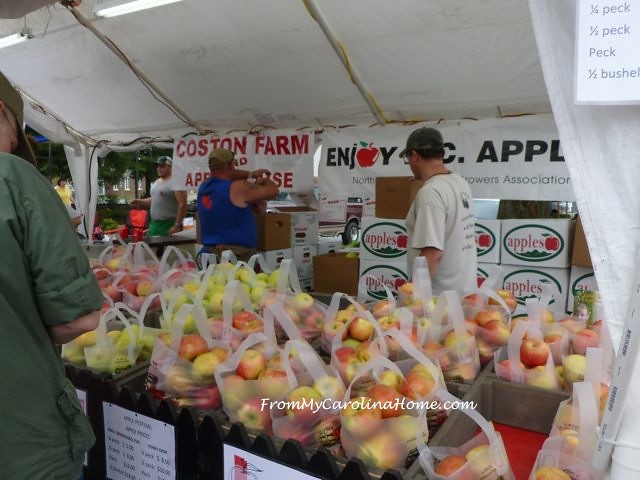 But I always get the honey crisp from Creasman Farms, and I’m not the only one, their booth is always busy. 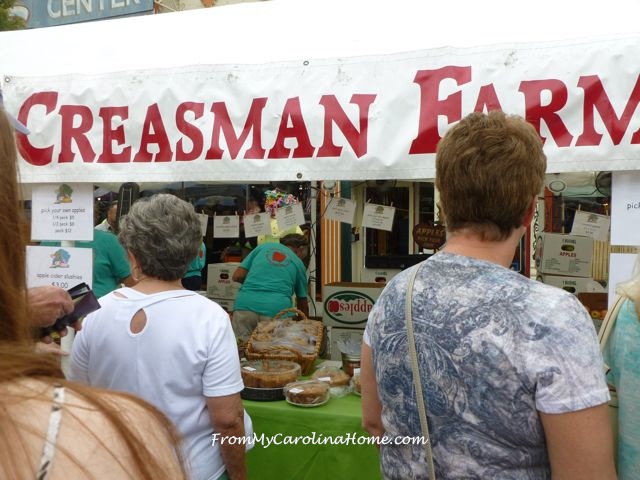 That’s Dawn on the right, with a wonderfully friendly and happy group of ladies. I told them I was going to talk about them on the blog. Thanks gals!  I’ll be making more of my Apple Cake Donuts with some of those gorgeous apples.

We had to stop and get Apple Frozen Yogurt at Sweet Frog, a local spot on Main street.  One large, please, with two spoons. 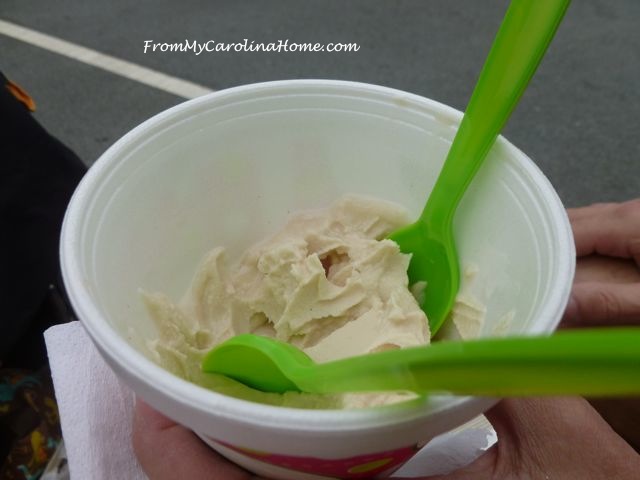 Then we found a place to sit and enjoy the music of Super 60s, a live band playing hits from the 60s. I could hardly keep still, I wanted to get up and dance! 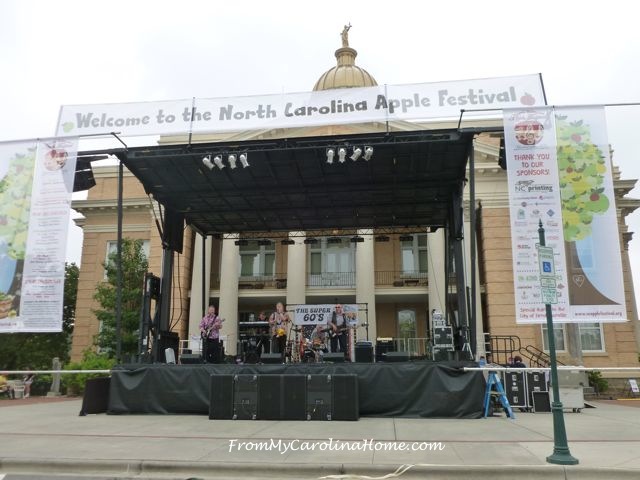 The music could be heard for blocks in both directions, really added a fun component to a fun day. The weather was perfect, in the 70s and overcast so not too hot. 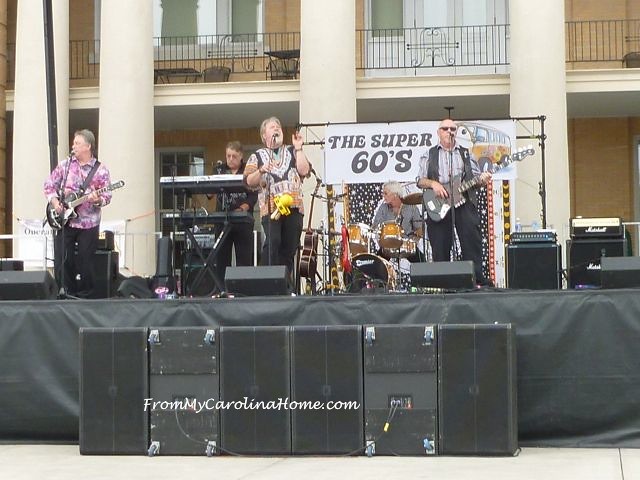 Eventually we did move on to more apple vendors and looked at more craft booths. 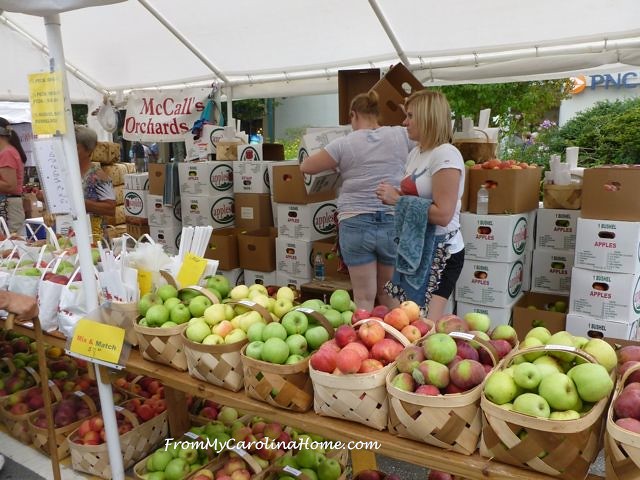 Then we walked the two blocks off Main street to the Apple Festival Quilt Show sponsored by the FBC Memory Makers. I found mine hanging in the second row.  It wasn’t a winner of any prizes, but the organizer said the guys liked all the food in it.

After that, we went over to the Laurel Park Car Show that was in conjunction with the Apple Festival. Many of our British Car Club members were there.  It was a busy and exhausting Saturday, but so much fun!

The King Apple Parade is tomorrow afternoon, and I am working quilt take-in tomorrow morning for the State Fair quilting competition. Whew! Hope you are having a great Labor Day weekend!