I have been working on some quilts for a local hospice, Elizabeth House. I was part of a work party last month to get the tops put together, but unfortunately, the finishing kits were cut wrong. 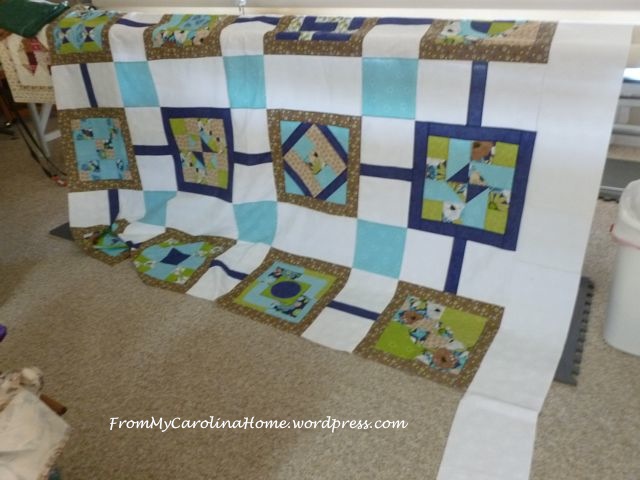 The borders were too long for the short side, and not long enough for the long side. I measured them a couple of times to be sure, then just had to take a breath, and cut off the excess sewed on by the members at the work party. You can see a huge amount of excess fabric on this side. 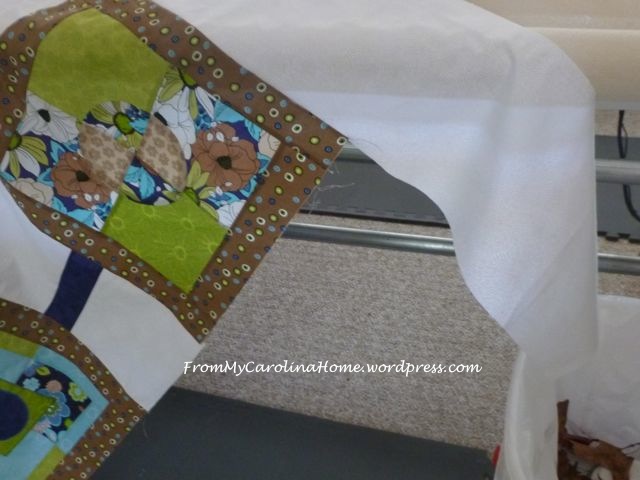 I attached the excess to the other border strips and put them on the quilt top. Then I loaded it on the frame. I had to piece the backing. It took 7-1/2 yards of fabric! 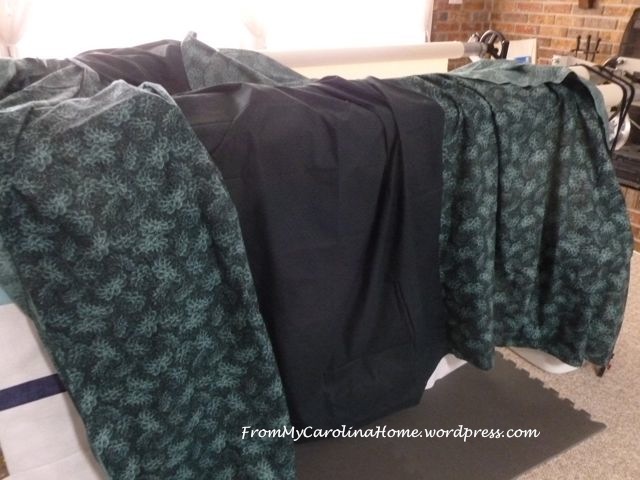 The other unfortunate thing, the donated batting was only 45 inches wide, so it had to be pieced as well. 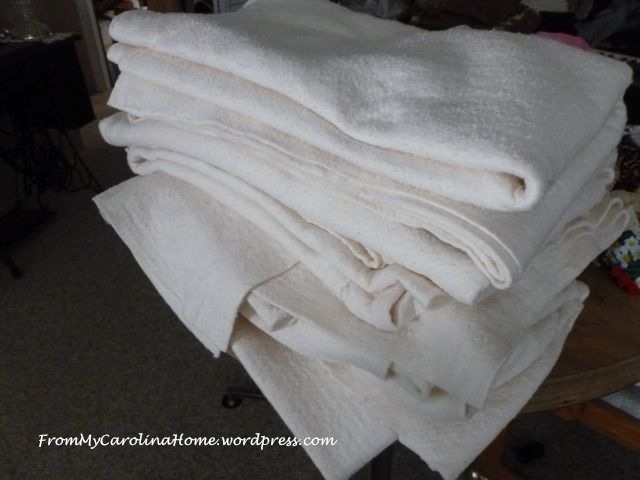 It was a lucky break that my friend Marti (who works at Elizabeth House) came by before I started quilting. She took a look at the quilt top and carefully tried to tell me that it was too big for EH to use.  I’m so glad she did, I would hate for all our members to put in all this effort if they were not going to be used. So, we had to cut off six inches of border all the way around. 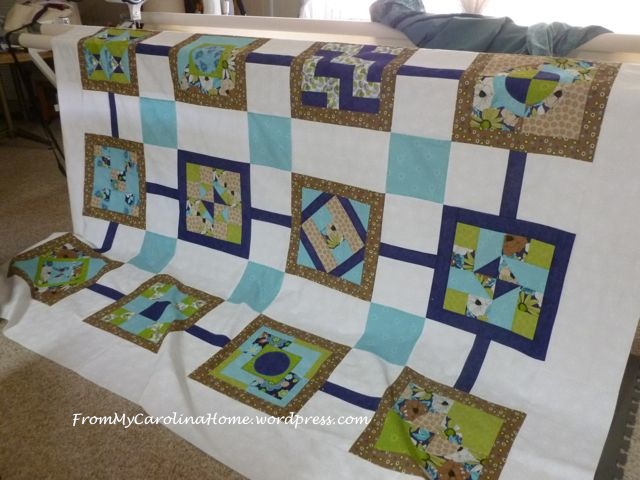 The good news is we could attach that six inch wide border to the quilt tops made with just some sashing to make them bigger. 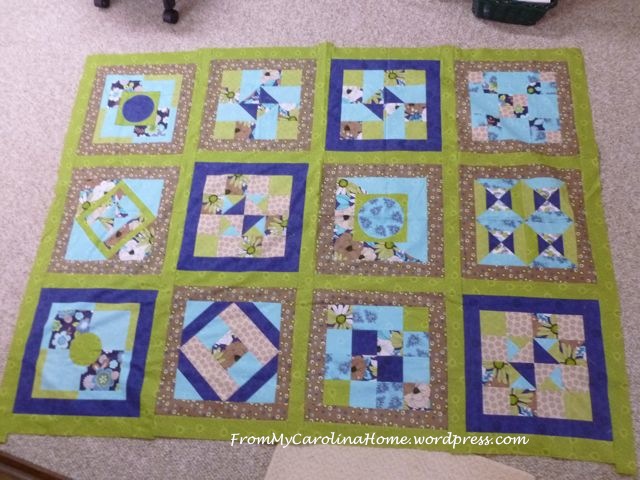 I decided to quilt with a grey thread that would recede in the blocks and pop on that white background. 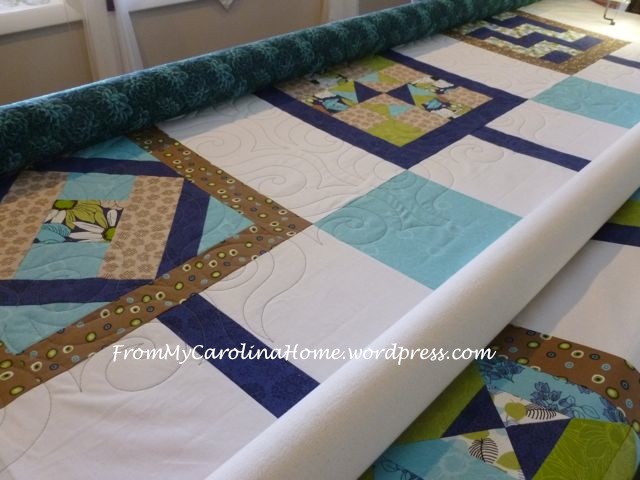 I started with this swirly design pantograph. I liked the way it looked with the angles on the blocks. 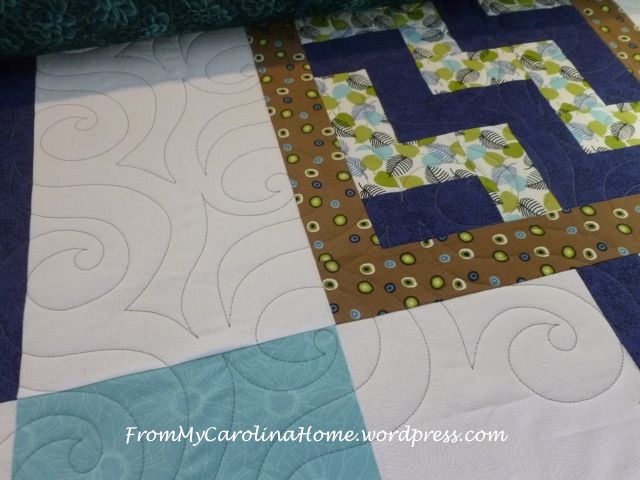 The drawback is every little wobble will show. Of course, I don’t plan to show you any of those wobbles!! 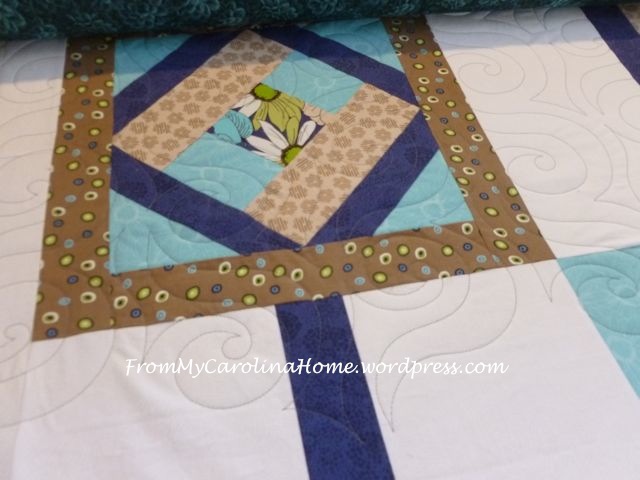 The grey thread does recede nicely on the blocks. 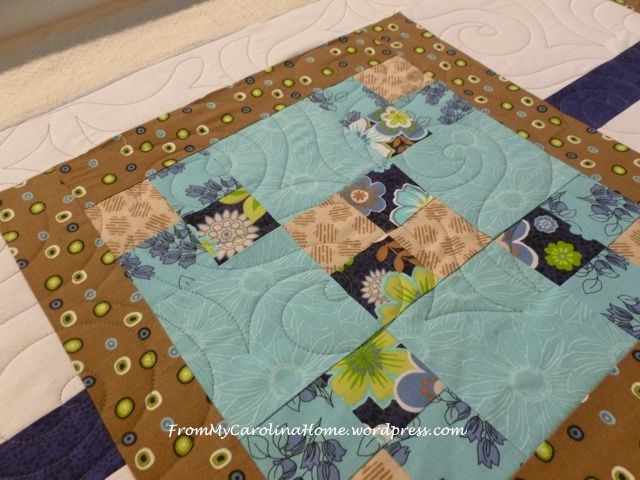 I finished quilting that one, and sent it off to be bound by another club member. I had another one to quilt, so it was loaded on the frame this past week. Slightly different block placement in this one, but substantially the same as the first one. 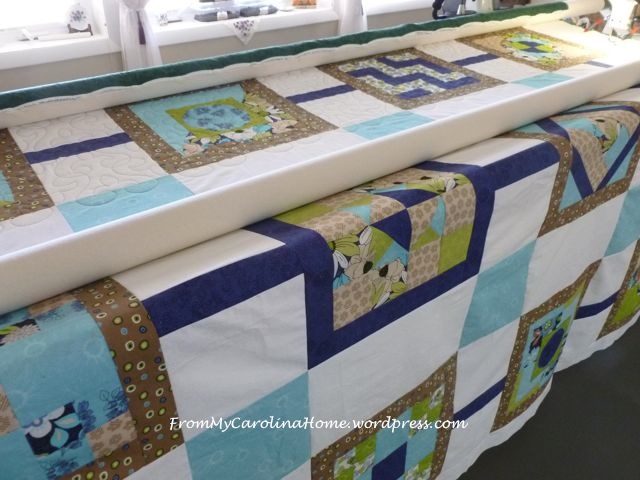 I am quilting it with the same grey thread, and a different pantograph. This one is a trefoil design that overlaps on each pass.  I finished off the quilting on this one pretty quickly too. 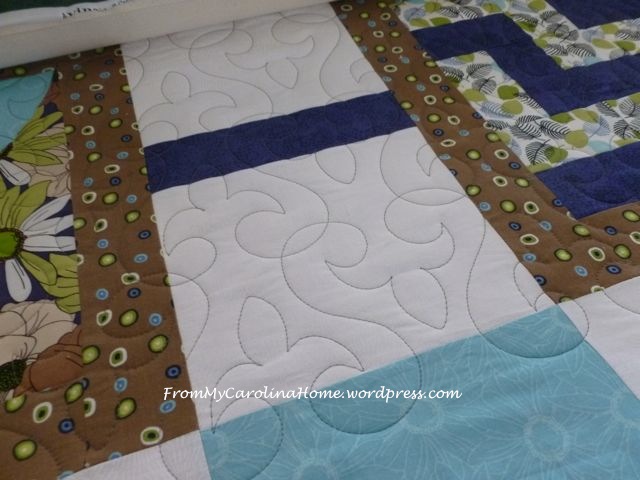 The best part of doing binding is that you have a warm quilt on your legs when it is in the single digits outside with snow and sleet! 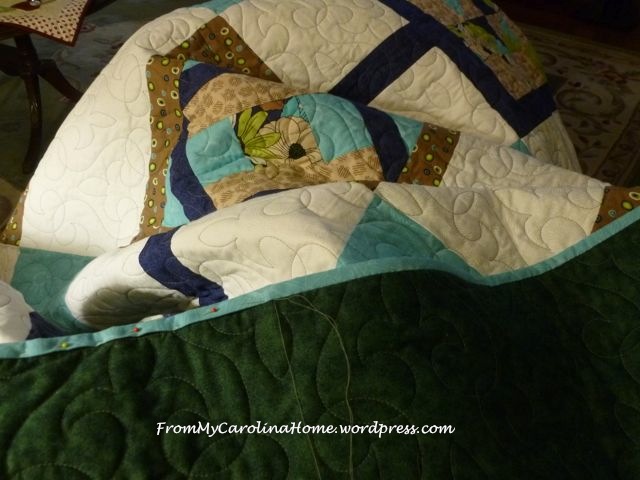 The goal is for the quilts to be done and ready to deliver in March.  I think we will make it, with the help of a lot of friends at the quilt club.

14 thoughts on “A Quilting Project for Elizabeth House”