For several years now, I have been bemoaning the lack of flowers on my ten-year-old orchid.  A year ago, we went to the NC Arboretum’s Orchid Show, and again I tried to figure out why mine wasn’t cooperating.  I repotted it, babied it, gave it lots of humidity, took every suggestion, and still nothing.  Then, two months ago something looked different.  One of the roots was getting a bit bulbous on the end.  On April 16, I took this photo.  It wasn’t a root after all, it was a stem.  Was it actually going to bloom? 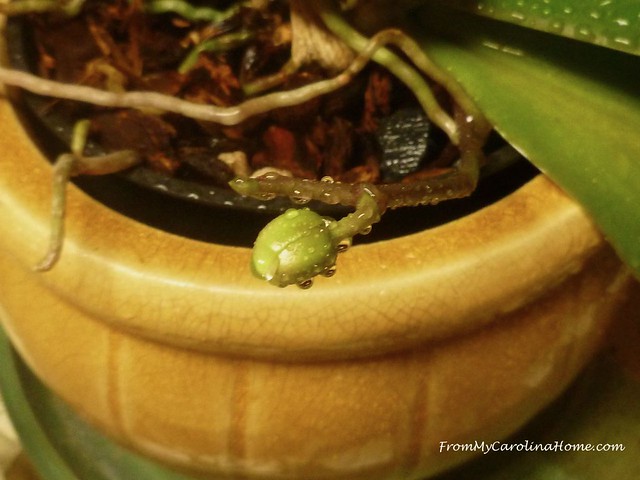 Over two weeks later, May 2, the little pod was turning white and growing larger.  I misted the plant every day. 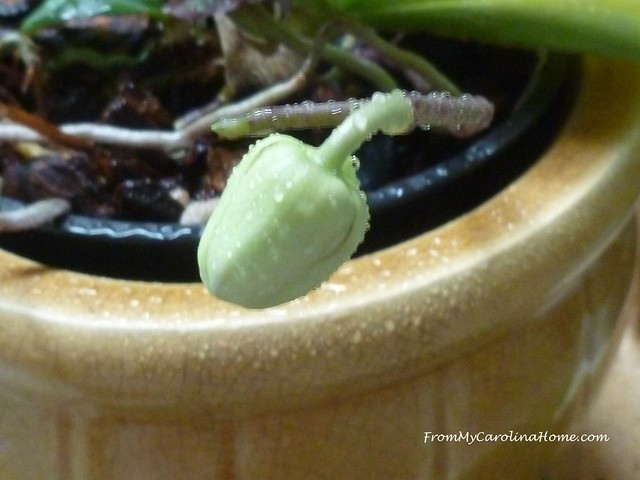 Two more tiny buds seemed to be forming on the underside. 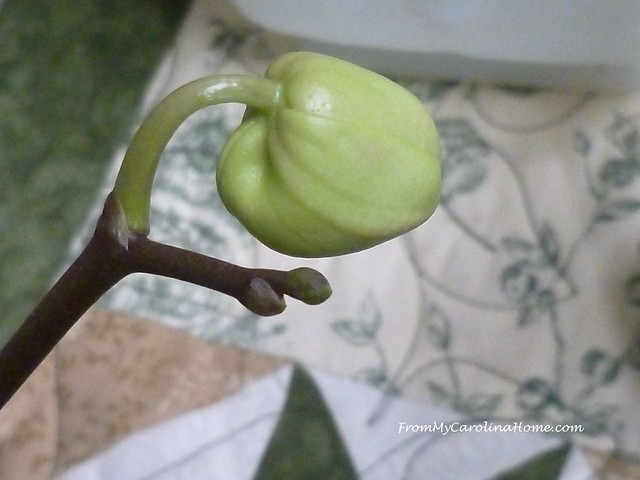 May 10, another eight days, and we are only to this point. 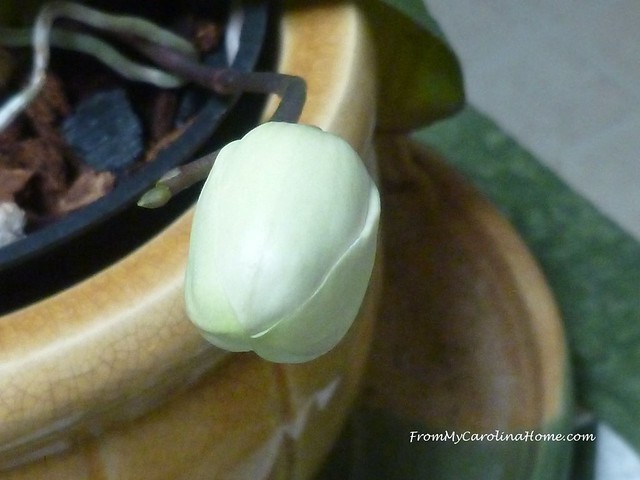 Five days later, one petal is making a move. 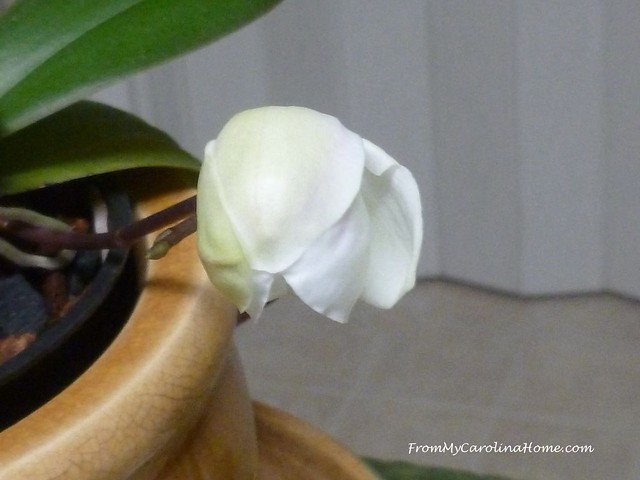 Then, the next day, a glimpse of what was inside. 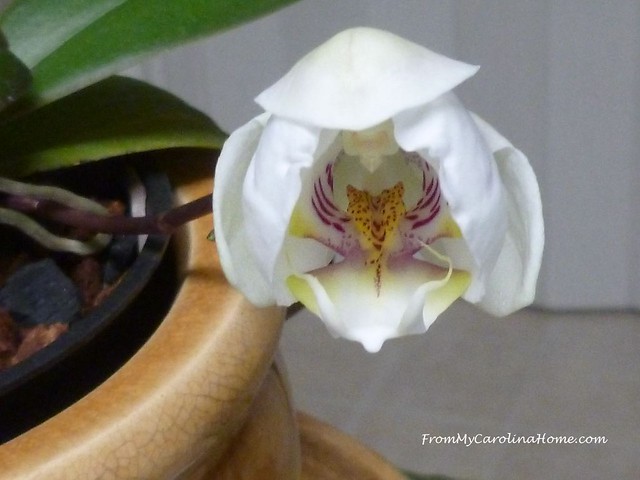 Two days later, May 18, over a month since the first bud appeared, we have a gorgeous white flower with a tiger striped throat and spots.  I believe it is a phalaenopsis stuartiana. 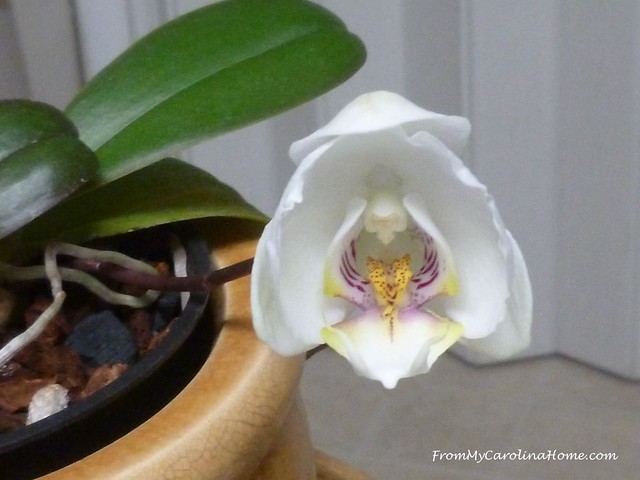 Several more days went by, and it seems to be stuck here, with the petals curved over. 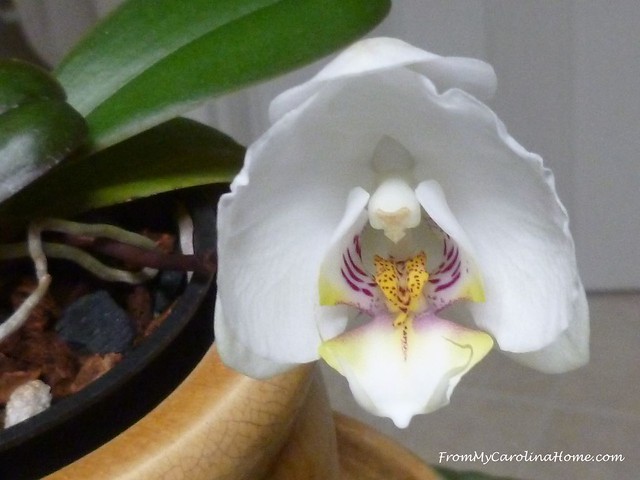 I got a close up view of the stunning structure and coloring in the middle of the flower. 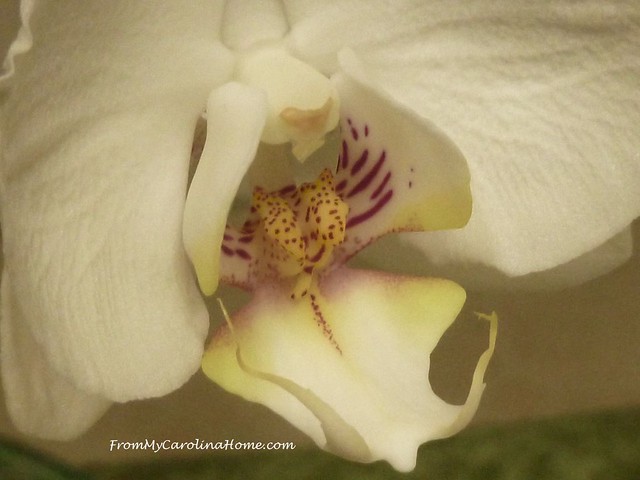 On June 3, more movement as one petal has straightened up, and the others seem to be opening a bit more. 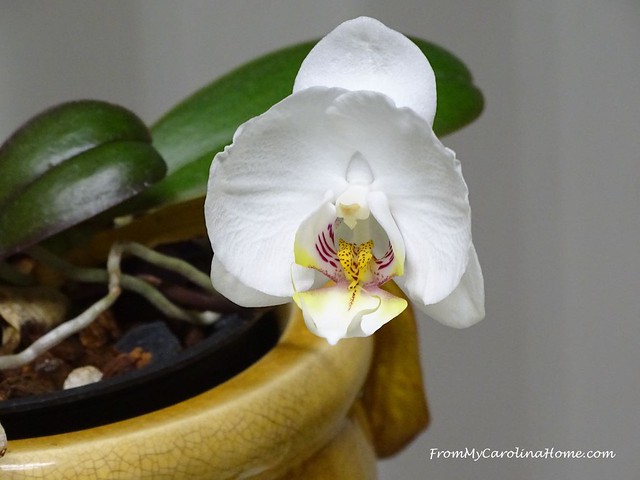 It still looks just like that, now over a week later.  Neither of the other two little buds are showing any signs of growth.  Still, it gave me a beauty to enjoy, and if it ever goes farther, I’ll include that in a garden post.

Do you have good luck with indoor plants?

Orchid Potting Mix on Amazon, if you need to repot yours.

50 thoughts on “A Tiny Surprise”