Back in December, I repotted both my amaryllis bulbs in the hopes that they would bloom again.  The red one was a gift from my dear mother-in-law in 2013, and it rebloomed every year for four more years, but didn’t bloom last year.  I thought repotting it and giving it some food would help.  Plus, the new white one was still in its original pot, and needed more room as well.  A month later, both had put up leaves, and were beginning to produce flower spikes.  This is the white one. 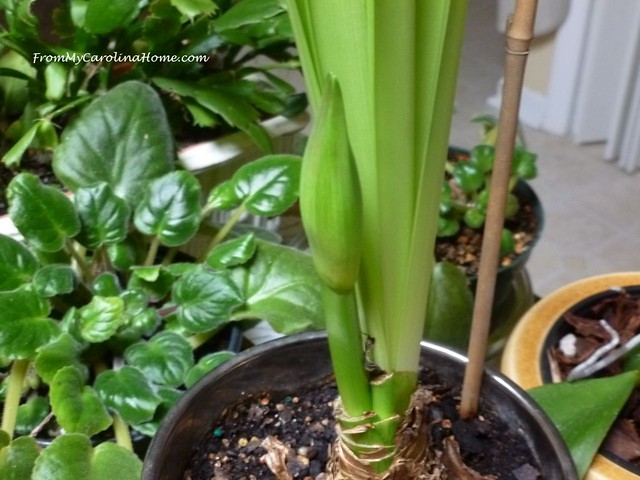 It was about a week ahead of the red one.  I was thrilled with this, as it would bloom again this year.  It seems the repotting and fertilizer did the trick. 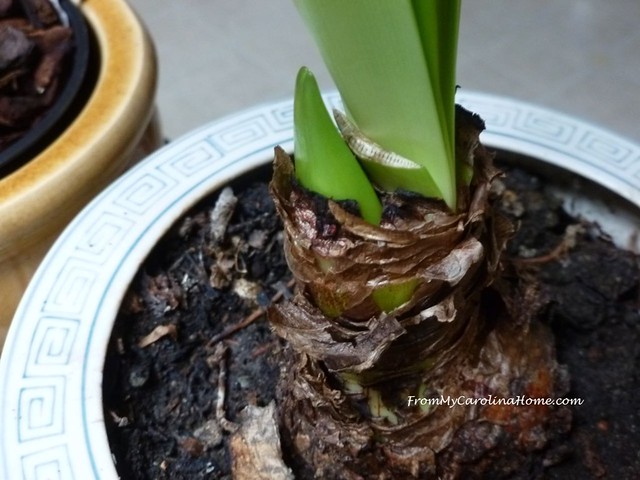 The white amaryllis is called Apple Blossom, and is predominately white with a pink blush on the edges.  It was going to have three blooms. 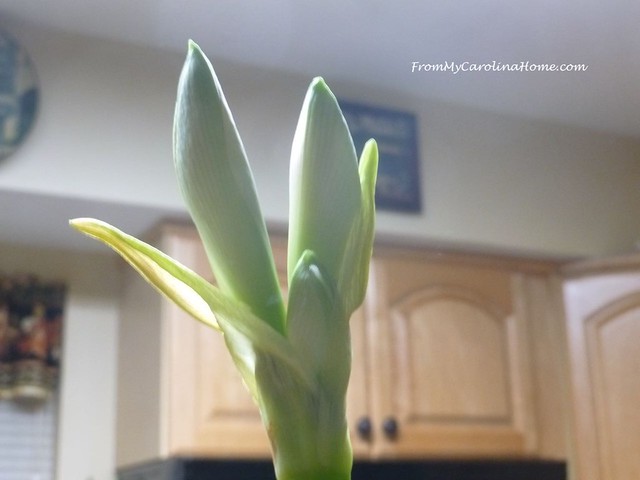 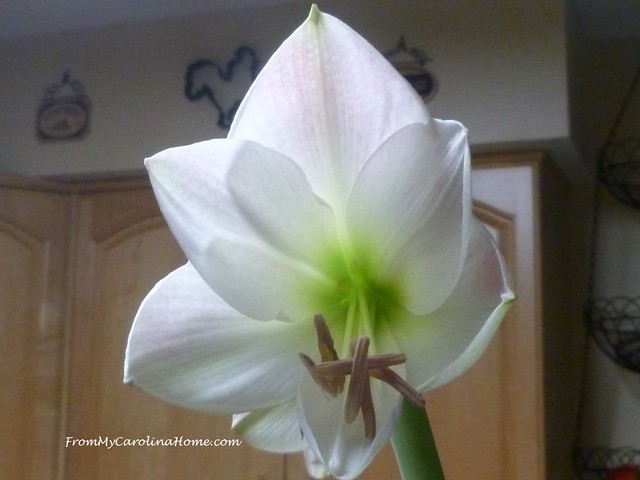 A few days later, two were fully open and the third was still a bud. 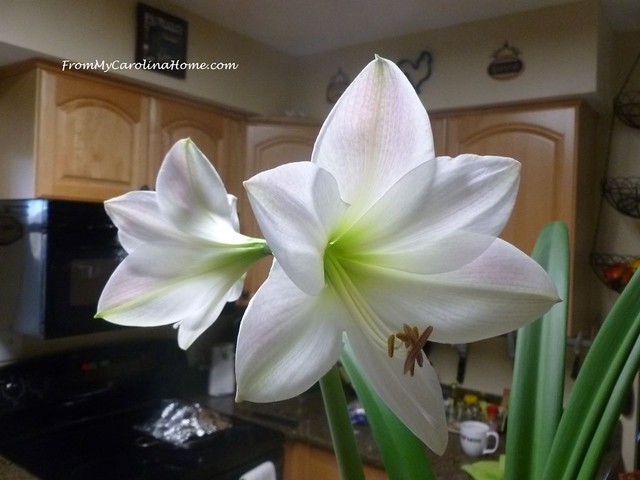 So pretty, the flowers are huge. 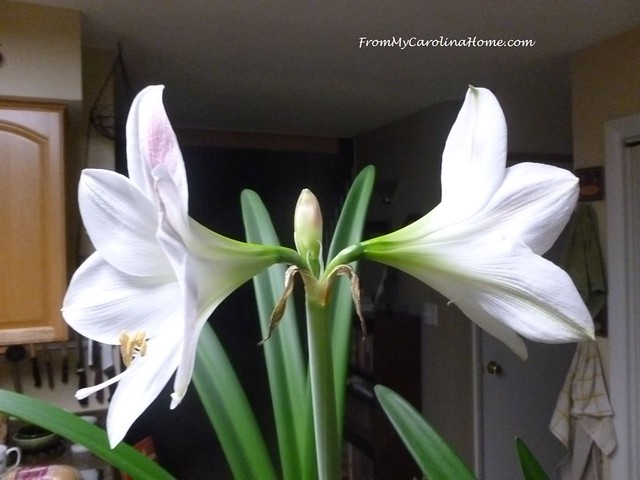 As the third bloom began to open, the red amaryllis buds were coming along. 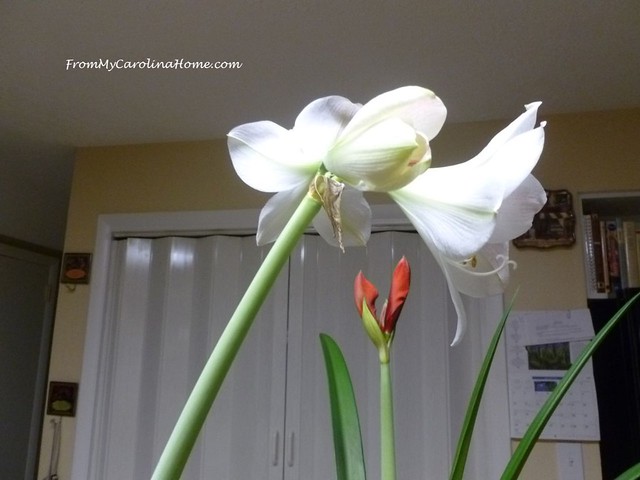 The third bloom on the left had a little left to go opening, as the older one on the right began to fade. 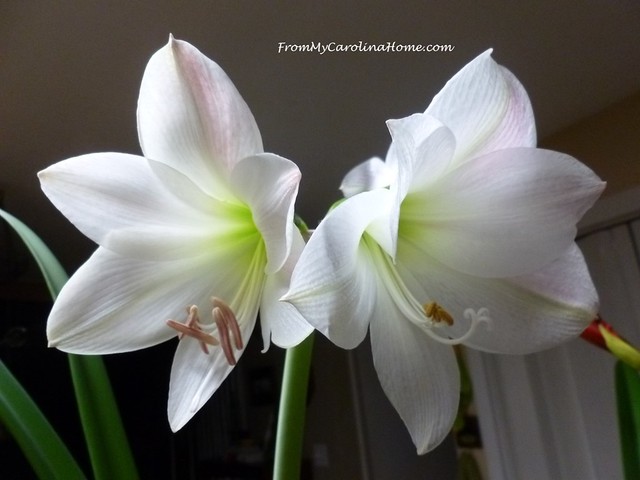 The red one slowly began to unfurl over a few days. 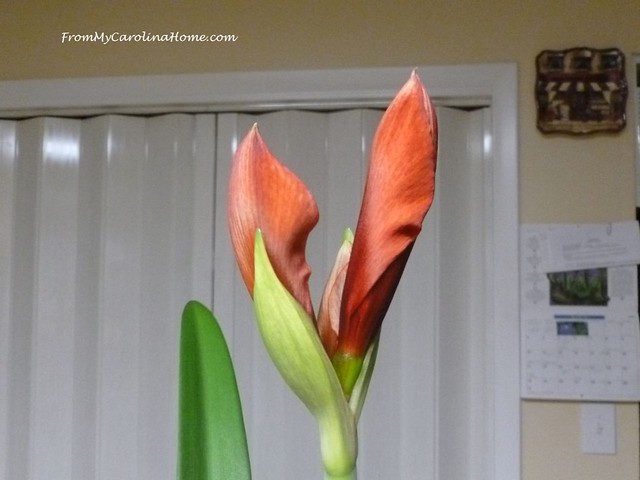 How thrilling, for the sixth time, I have beautiful red amaryllis blooms from the same bulb. 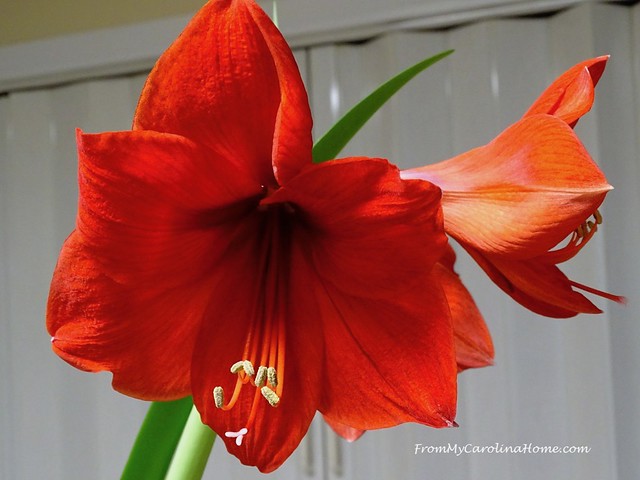 The last white was still pretty as the first white one was fading, and the red was still in process of opening. 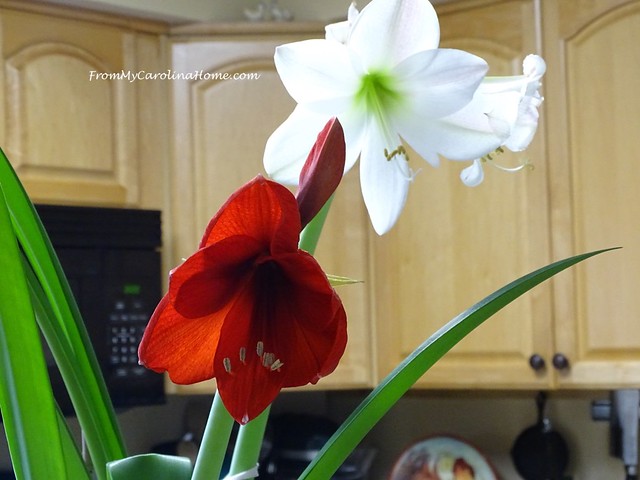 Three blooms on the red amaryllis, all open at once. 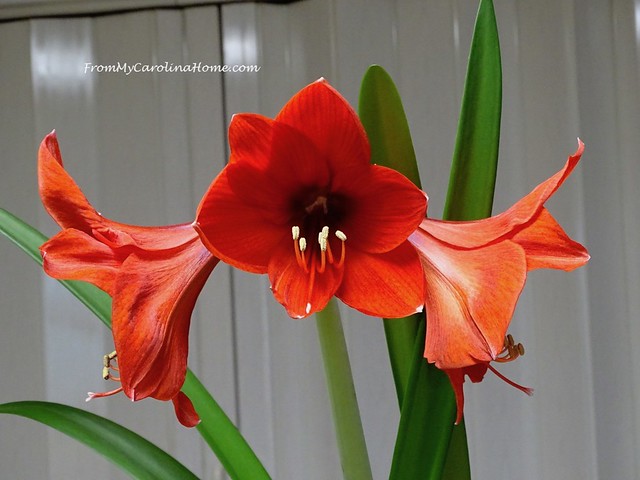 Lovely for them both to have blooms at the same time. 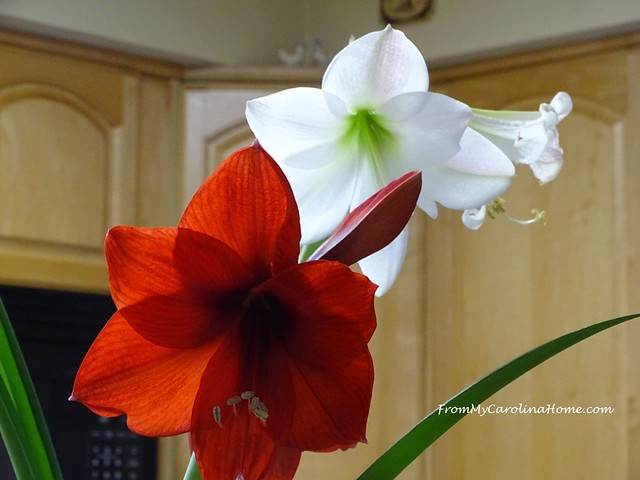 I have enjoyed these gorgeous flowers for a couple of weeks. 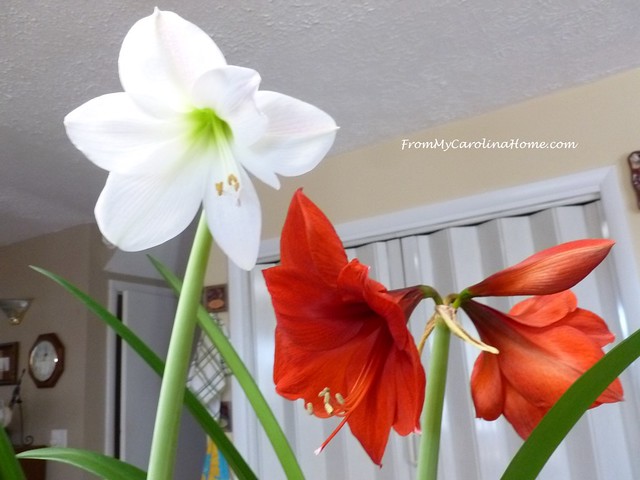 When they are done blooming, I’ll remove the flower spike and place them outside for the summer in partial sun so they can recharge the bulb for flowers next year. 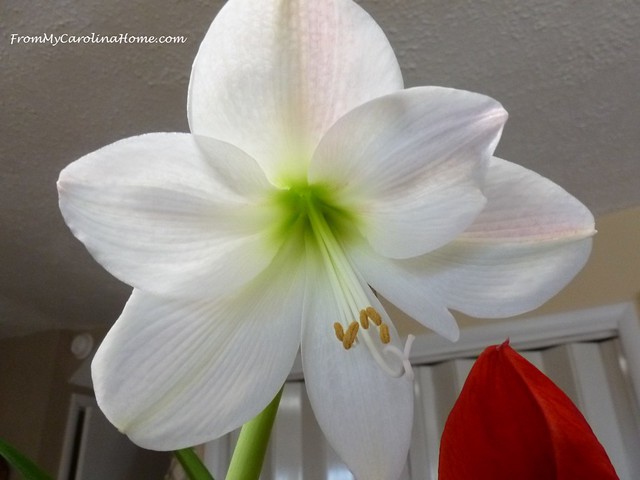 Do you grow bulbs for indoor flowers?

Find unusual Amaryllis Bulbs on Amazon, some with free shipping.